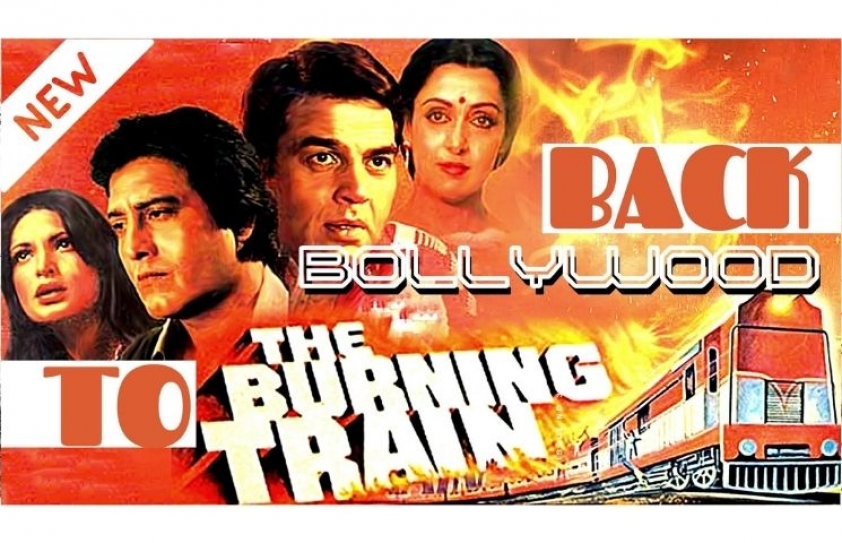 Film historian Dhruv Somani, takes you back on a ride to India’s first disaster movie directed by Ravi Chopra, which had its taut and terrifying moments but unfortunately derailed at the cash counters.

It was India’s first disaster film made in 1980, an action thriller directed by Ravi Chopra. In one of his interviews, he had stated that he had thought of the concept while he was in Rome sometime around 1978.

He was in Rome with his uncle C.V.K Shastry, who was there for the shooting of The Great Gambler. One evening, they went to see The Towering Inferno. Since it was dubbed in Italian, they couldn’t follow the dialogue but were extremely impressed. In London, he watched the Hollywood blockbuster film in English and was blown away. He sensed he was on the right track.

Back in Bombay, he took some time to convince his father, B.R. Chopra, who refused initially as they were in the midst of planning Pukar. Chopra Sr. was convinced eventually on the condition that they would get the technician who had handled the special effects in The Towering Inferno. He also discussed the idea with actor Paintal and some friends who too were excited by the idea and gave him thumbs up. The more he thought about it the more convinced he became to make a disaster film focusing on people’s reactions when faced with death. 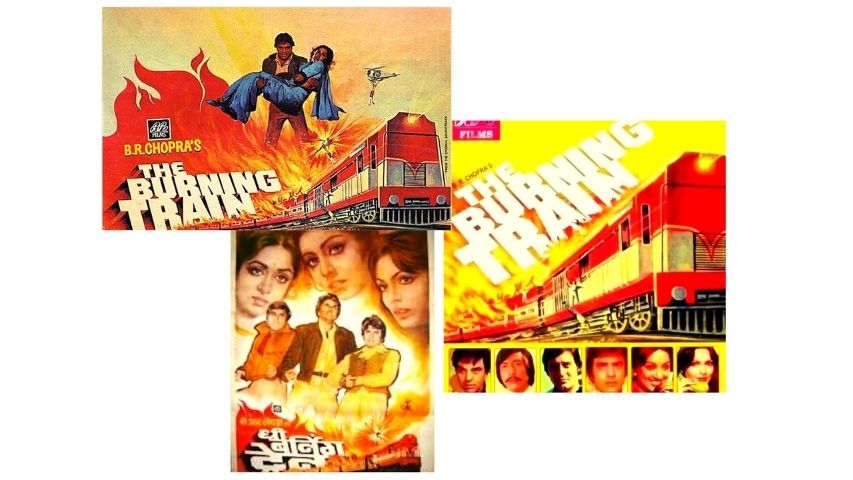 The cited technician, Paul Wurtzel, who was met in Los Angeles, responded negatively initially, but after learning of the challenges for shooting a disaster film in India, he came on board. He agreed to reach India 10 days before the shooting commenced in order to develop a rapport with the Indian team of technicians.

Ranjeeta was also approached for the role finally essayed by Neetu Singh, who was also unsure because she was due to get married, but decided to stick on. Initially, Vidya Sinha too was supposed to be in the project but she declined.

Paul Wurtzel was super enthusiastic, working from 7am to 9pm for weeks to recreate the disaster sequences and avoid any mishaps during the actual shooting. To check out the effect of wind on flames on a moving body, he constructed a part of the train compartment on the back of a truck. The truck was towed to a deserted part of Juhu beach. Fire was set to the moving truck. Soon, the fire brigade arrived there and the unit had a lot of explaining to do. 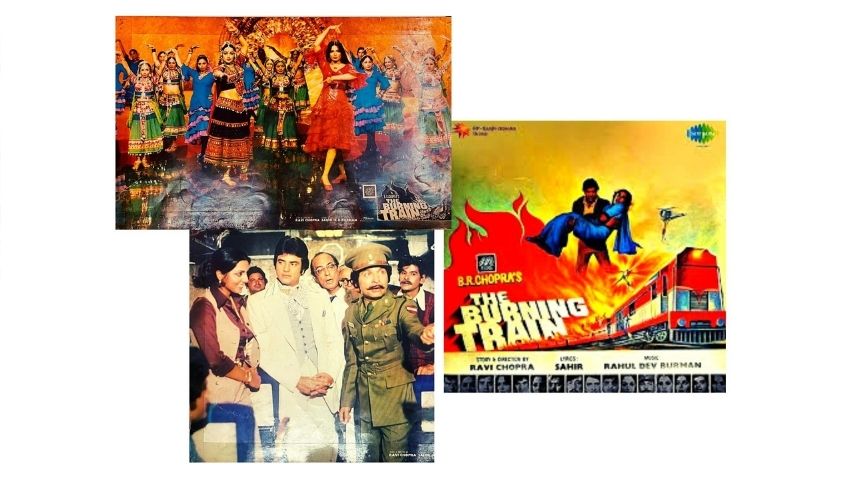 The set of the train called Super Express was made out of aluminum and wood while the insides were lined with Formica and had real glass windows with plush luxury seats. The body of the train was in pieces of eight feet each, which made it convenient to dismantle while it rested on springs underneath to make the bogies vibrate to show the train running. As soon as action was called the studio hands standing outside the bogies, put these levers into motion.

Most of the shooting with the actors was executed on a life size model of a train and even on the Rajdhani Express for some crucial scenes. The railway authorities went all out to help the unit in making the arrangements. There was practically no damage except for an accident on the sets of a stuntman who sustained minor burns. Otherwise, the shoot went smoothly.

A major part of the shoot happened in Bombay’s Film City where the train set was erected. The shoot in the real Rajdhani Express was carried out at Panvel and Baroda railway stations, during the night shift from 7pm to 4am. New Delhi also was an important location as the train was shown to commence its journey from the capital. A Herculean task that, since more than a 1000 people had gathered to witness the filming.

However, the ambitious venture did go over-budget.  As many as 400 junior artistes were kept constantly on call for the project which took five years, taking into account its mammoth pre-production schedule, to complete. Usually, it takes 70-80 days to complete a film. This took 130 days, the filming being done with five cameras simultaneously. Fireproof suits with silver foil had been imported for the lead actors for a crucial action scene. Moreover, it was discovered that the film had become almost four hours in length. Hence certain scenes and songs had to be deleted from the final edit. 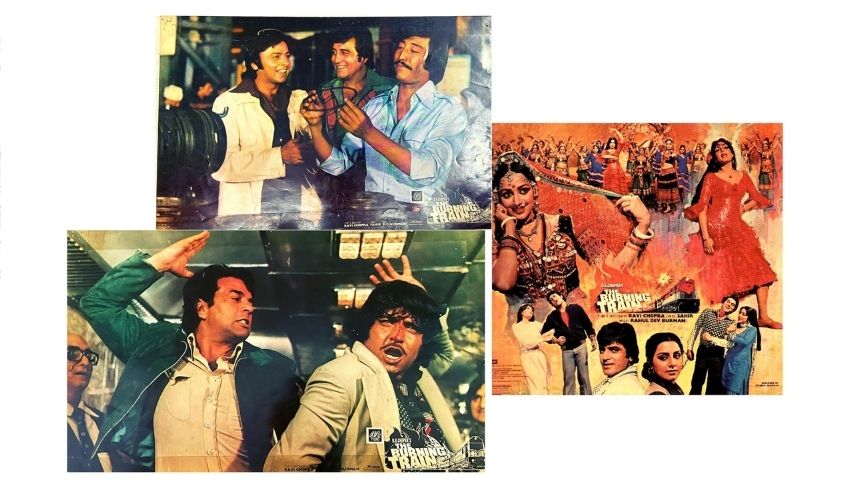 In a conversation with Asha Sachdev, who played an important role of the character Ramkali, I learnt that there was an extremely emotional scene, in which she offers to adopt a baby on the train that was deleted. A beautiful song Kisi Ke Vaade Pe Kyun Aitbaar Humne Kiya sung by Asha Bhosle shot on Asha Sachdev, Dharmendra and Hema Malini had to be deleted but is there on the vinyls and compact discs. Similarly, other crucial scenes of Navin Nischol who had a love triangle with Hema Malini and Dharmendra got deleted. Parveen Babi, who was playing the love interest of Vinod Khanna, had suddenly disappeared due to her illness. Her part was shortened considerably.

In a conversation with Padmini Kapila who starred opposite actor-producer Romesh Sharma (they played a newly married couple Ritu and Udesh), I learnt that they were witness to the minor accident on the sets while watching a crucial scene being shot. A junior artiste sustained minor wounds while lighting a stove to heat water, leading to a blast (also seen in the film). In the event, Romesh and she refused to shoot a scene where Padmini and he are trapped in the blaze and die. The scene was shot with duplicates. Padmini Kapila added that she thoroughly enjoyed the shoot with the ensemble.

The plot revolves around three friends from childhood. Ashok is passionate about cars while it is Vinod’s dream to design a fast-paced train for the railways. As an employee with the department, he gets lucky as his tender is passed to design India’s fastest train Super Express, which sparks hostility with the third friend Randhir who feels betrayed. Worse, Randhir also loses the girl Sheetal whom he likes, to Vinod, which adds fuel to the fire. A personal crisis takes Ashok into his own zone when he is jilted by his fiancée Seema.  Meanwhile, Vinod gets married to Sheetal but is too busy with his dream project, thus ignoring family life. 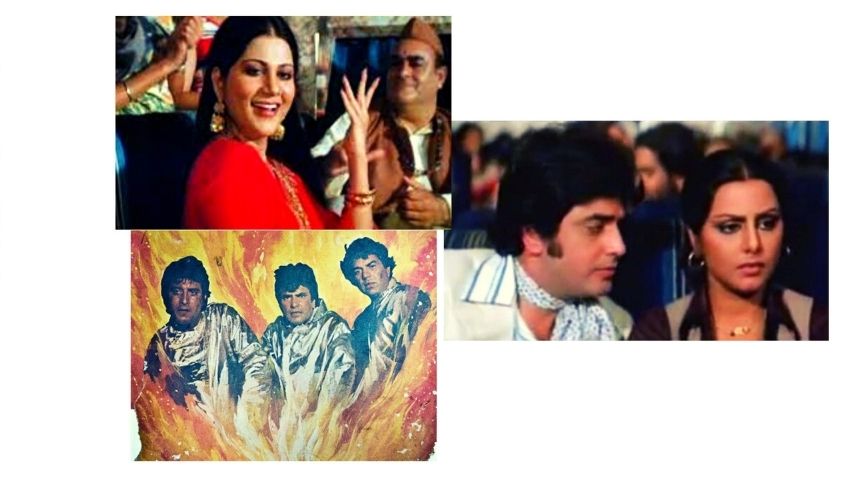 Six years later, Vinod is on a high with his Super Express ready to run from New Delhi to Bombay via Baroda, packed with passengers including his son Raju. Ashok, Seema with her doctor friend. All are in the train when Randhir secretly manages to fail the brakes. He also fits a time bomb on the train. He meets Ashok at a bar nearby and tells him about his scheme to destroy Vinod’s career. Ashok rushes out to reach the nearest railway station. He manages to catch the train and tries to inform the drivers, but it is too late. Disaster strikes. Passengers are in a panic as the unstoppable train is running at high speed and the fire is spreading swiftly, endangering all. Vinod and Ashok along with the help of a passenger Ravi, set out to somehow stop the train and save the passengers, but Randhir is determined to stop their efforts.

The music of The Burning Train by R.D. Burman included memorable chartbusters. There was Meri Nazar Hai Tujhpe sung by Asha Bhosle in a classical style for Hema Malini and in a western style for Parveen Babi. The track is striking especially for its fabulous jugalbandi of Indian classical and Western jazz-fusion. Pal Do Pal Ka Saath Hamara is a joyful song pictured on almost the full cast with the focus on Asha Sachdev, Jeetendra and Neetu Singh just before tragedy strikes. Teri Hai Zameen Tera Aasmaan is a melancholic song showing a teacher and children on the train, praying and are joined by other passengers. Pehli Nazar Mein Humne Toh Apna and Waada Hai Waada are typical romantic songs shot. Kisi Ke Vaade Pe Kyun Aitbaar was shot on Asha Sachdev, while Dharmendra and Hema Malini, who recall the past, was also deleted. The title song The Burning Train, which begins with the credit titles was remixed by several international bands and was also used by Pete Cannon’s new composition for iPhone X.

The Burning Train was announced on August 7, 1978 and released on March 28, 1980. It opened to full houses but the collections started dropping as the audiences failed to connect with the plot. It eventually proved to be a loser at the ticket counters. Today, it is said to be a cult film and is widely viewed on the OTT channels. There was some talk of remaking this disaster film by Ravi Chopra’s sons, Kapil and Abhay, but no official announcements have been made yet.