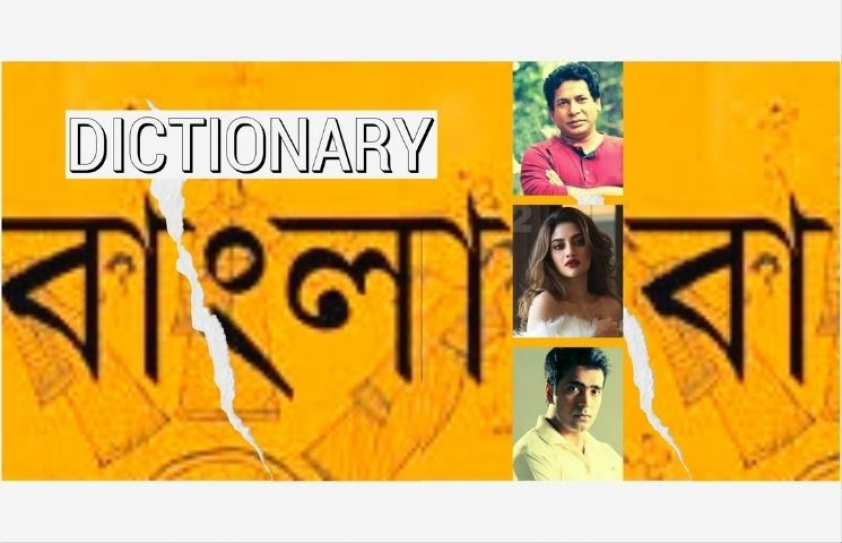 A film that begins with a quote by philosopher and anarchist Emma Goldman: ‘Before we can forgive one another, we have to understand one another.’ A film that quotes Shakespeare - ‘Women may fall when there is no strength in man’ - Sartre and Shankha Ghosh for the benefit of its characters’ motivations. A film where one protagonist reads Yuval Noah Harari’s Sapiens and Edward Joesting’s Hawaii: An Uncommon History while another can barely put together two coherent sentences in English and yet both have to reach for the dictionary to get a perspective on life. A film where the city’s cut-throat high-rise aspirations contrast the idyllic silences of dusk descending over a rural landscape… Dictionary has its heart in the right place, its narrative ambitions worthy of emulating.

However, if despite this, the film fails to deliver what it promises, it is probably because the two stories – Buddhadev Guha’s ‘Baba Howa’ (Being a Father) and ‘Swami Howa’ (Being a Husband) – never quite come together. So that the climactic connect of the dictionary seems more like a tacked-on conceit than a narrative necessity. 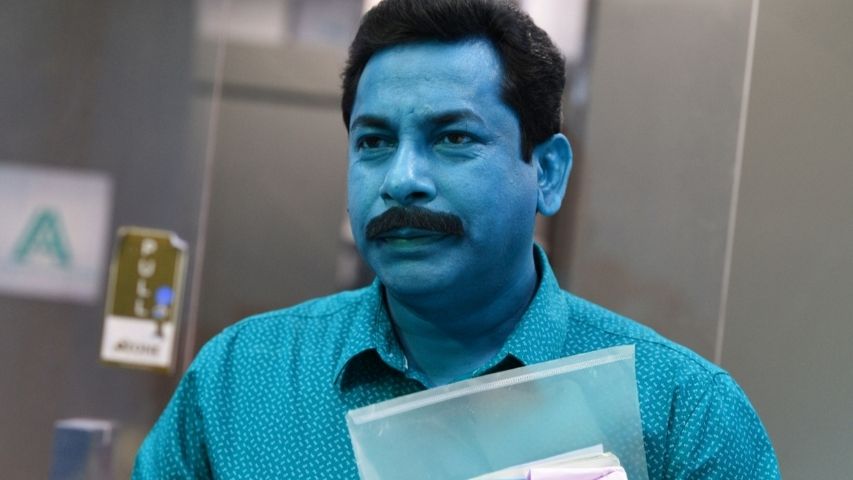 On one hand, we have Makar Kranti Chatterjee (Mosharraf Karim is a treat), a self-made man in every sense of the word trying to take his flourishing business to the next level while agonizing over his son’s penchant for doi chire (curd with flattened rice), a typically Bengali middle-class eat, for breakfast. Makar, aka Mak, still haunted by his humble origins involving panta-bhate (rice left overnight to ferment in water and served with salt, raw onion and green chili and considered a breakfast staple in labour and working-class families), cannot get over the fact that despite the best English education and grooming he is providing his son, the latter prefers doi chire over butter-toast and cornflakes. That apart, he of course wants to have a say in his son’s education/career choices. On the other hand, we have Ashok Sanyal (Abir Chatterjee in the film’s other heartfelt act), an officer in the forest department posted in remote Barabhum in the district of Purulia. A reticent man, almost to the point of being self-effacing, he knows that his wife Smita (Nusrat Jahan, in a nice change of pace as an actor) is having an affair, yet is unable to bring it up with her or address it in any way but question his own shortcomings as a husband. Connecting the two strands is Mak’s brother-in-law, Suman (Arna Mukhopadhyay), an English teacher at the local college in Barabhum, and the object of Smita’s affection.

There are things to admire here – the film’s leisurely pace for one, which works given the ambience and the focus on characters coming to a realization about what drives them.

Prabuddha Bandopadhyay’s background music, imbued with the rhythms of the region, is well worth a mention (I especially loved the theme the composer develops for Ashok’s dream sequences where he wrestles with his inability to address his wife’s infidelity – these make up some of the film’s most eloquent sequences). And both Mosharraf Karim and Abir Chatterjee lift the narrative every time proceedings start to meander – and they do so quite often. 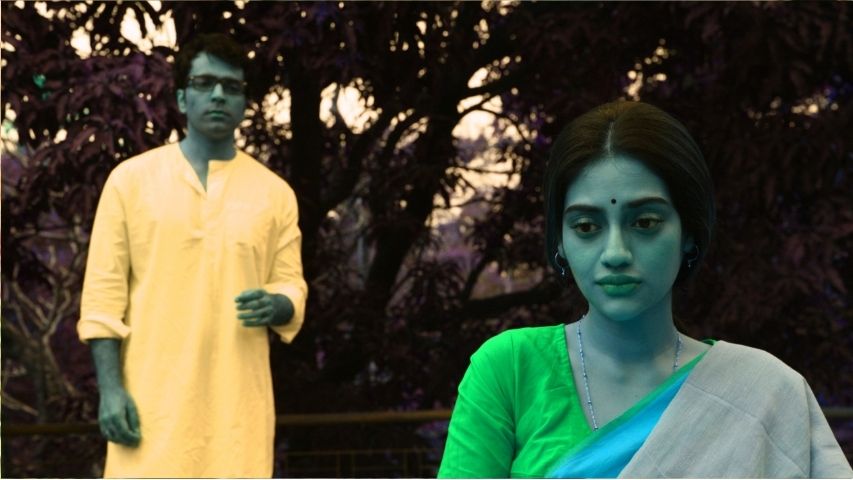 However, the film never quite breaks free of its studied rhythms. Though one gets a feel of places and lives where nothing much happens, there are stretches where lassitude seems to overtake the narrative and you cannot but help wishing the filmmaker would just get a move on. What this also does is leave certain important strands underdeveloped.

Mak’s story, for example, never quite gets to the nub of the father-son conflict. For the most part, one is left with Mak’s fumbling attempts at spoken English played for laughs, with the son relegated to the background and finding a place only towards the end, almost as an afterthought to justify the ‘dictionary’ of the title. Abir lends his character, Ashok, an aching dignity, trying to fathom his own failure as a person that, he reasons, has driven his wife to another man. There’s an admirable self-reflection in the character at work here – a man who is not willing to judge his wife’s involvement with another man as a transgression; rather he questions himself. But here too, Smita’s motives in desiring Suman – only because he quotes Sartre and Shankha Ghosh? – are never articulated with enough conviction or passion. So that the climactic reconciliation seems almost a given, made worse by the invocation of the Sanskrit shloka jadidang hridayang mama tadidang hridayang taba to set suitably ‘evocative’ music, which undoes the film’s understated tone.

Dictionary left me frustrated time and again. Its unfussy, at times minimalist approach sits uncomfortably with its muddled message and the often-tortuous process it goes through to deliver it.