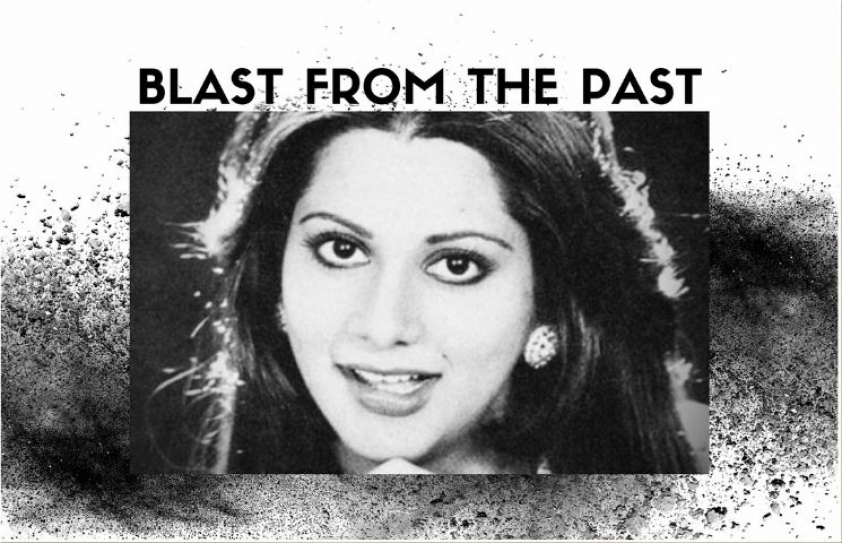 Film historian, Dhruv Somani, in a chat fest with yesteryear’s feisty Asha Sachdev - she carved her acting career on her own terms.

Here’s beginning the year with positivity, joy of love, light and happiness - a chat with a feisty actor whose heart continues to radiate hope.

While most female actors of the 1970s and ‘80s opted for the clichéd heroine roles. Asha Sachdev, a graduate from The Film and Television Institute of India Pune, dared to tread a different path. Ever willing to take risks, she became a threat to her contemporaries with her no-holds-barred acting chops.

Named Nafeesa Sultan, she was born to Ahmed Ali Khan and Ranjana Sachdev on 27 May 1956 in Bombay. Her father, also called Aashiq Hussain, was a musician while her mother was a well-known artiste at the Prithvi Theatre and was also seen in character roles in a bunch of films. Asha’s siblings included Anwar (who became a popular playback singer) and sister named Reshma. The family soon moved to the upmarket Napean Sea Road neighborhood in South Bombay. Asha’s mother had remarried.

On the recommendation of a family friend, Asha joined the FTII - a decision, which quite shocked her mother, since her daughter had never indicated any interest in acting. Coming from a broken family, Asha at the age of 14 had secretly resolved to take to acting on her own terms.

She enjoyed her stint at the FTII; here her colleagues were Mahendra Singh Sandhu, Romesh Sharma and Jeet Surendranath; she graduated with flying colors. 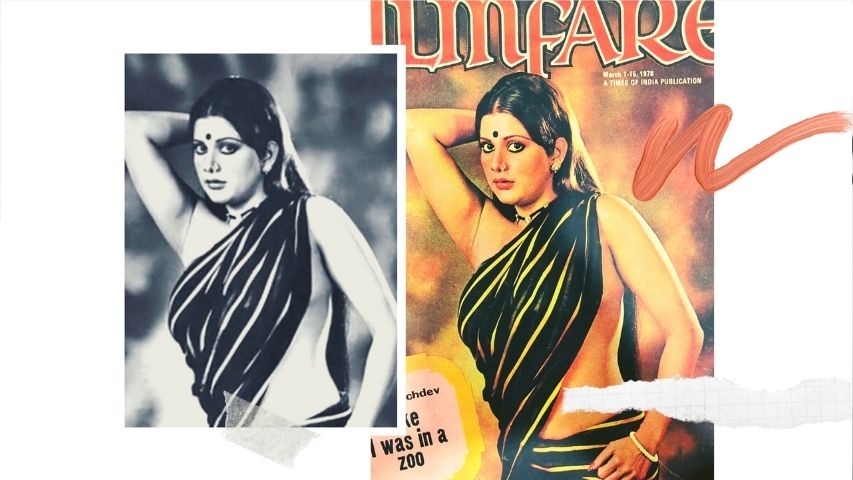 Among the initial offers, there was one from Mahesh Bhatt who was planning his debut film Manzilein Aur Bhi Hai co-starring Kabir Bedi. He was offended when she nixed the offer since her dates were clashing with Shibu Mitra’s Bindiya Aur Bandook, a woman-oriented project pairing her with Kiran Kumar. That was to be her debut film in 1972 but it was Double Cross directed by Gogi Anand opposite Vijay Anand and Rekha, which was released first. She raves about Vijay Anand and also Rekha with whom she featured in four other films Kashmakash, Woh Main Nahin, Locket and Judaai.

Although Double Cross flopped, Bindiya Aur Bandook was a major hit. Hungry to be before the camera but with no Godfather to recommend her for roles, she ended up signing up whatever came her way. Her secretary, Madan Arora, who also managed the career of Danny Denzongpa, couldn’t get her leading roles in topline projects. Wistfully, she blames the misfiring of her career on gang-ups, camp favoritism and the politics among her co-stars.

Next, she fetched up the thriller Hifazat, co-starring Vinod Mehra, Ashok Kumar, Narendranath and Lalita Pawar – it was directed by K.S.R. Das from the south. Hifazat tanked but still boasts of one of R.D. Burman’s most underrated musical scores with the songs Mere Humrahi Mere Pyar and Ye Mastani Dagar. 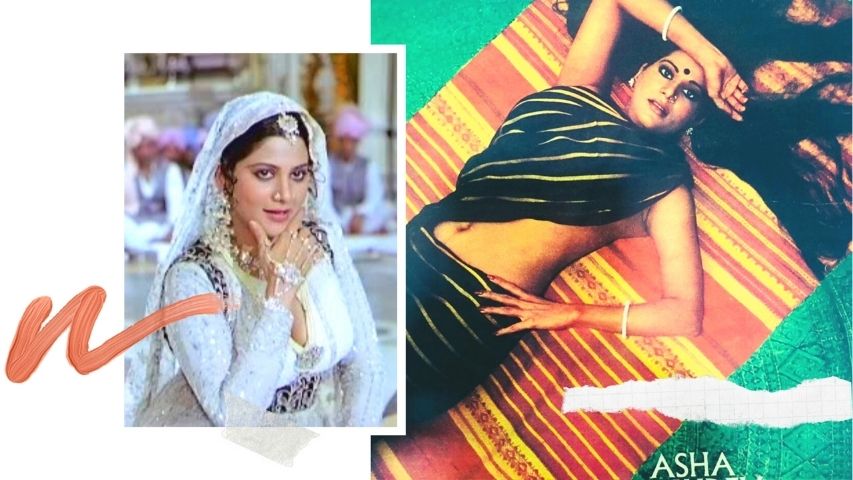 Stalwart Shakti Samanta penciled her in for a brief role in his reincarnation saga Mehbooba. Unfortunately, it was a loser at the box office. That doesn’t faze her to this day as she fondly recalls the memories of working with the director, Hema Malini, Prem Chopra and Sujeet Kumar, exulting especially about the courteous manners of Rajesh Khanna who was then at the peak of superstardom.

Followed oddities, which she did at the behest of her senior at the FTII, Shatrughan Sinha - Ek Naari Do Roop and Kashmakash, which didn’t make waves at all. Gratifyingly, her glory time came with the years 1977 and ’79. She was seen in Basu Chatterjee’s Priyatama in a non-glamorous role in the company of Jeetendra and Neetu Singh, a performance, which bagged her the Best Supporting Actress Filmfare trophy. She says that the film came to her by fluke; it went against her stereotyped image of a glamour girl. 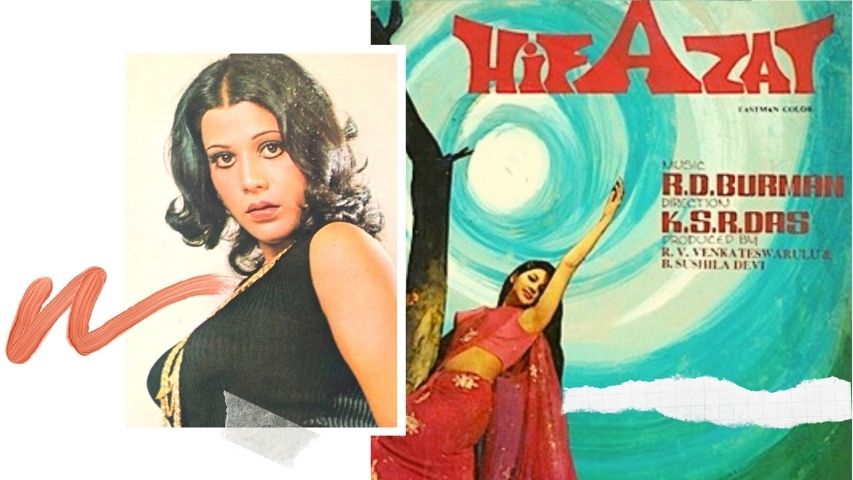 However this turned out to be a Catch-22 situation. Since she avoided offers presenting her in glamorous parts, she incurred the wrath of several producers and directors. All wasn’t lost though. In the surprise hit Agent Vinod produced by the Rajshree Banner and directed by Deepak Bahry, she matched skills with her FTII batch mate Mahendra Sandhu who played the title role. The shooting lasted for as many as 80 days - they could have made a rocking star pair but because of a misunderstanding created by a third party, ego hassles ensued. This phase she regrets and admits that perhaps it was because of immaturity on both their parts.

The year 1977 yielded a hit with Jeetendra - Ek Hi Raasta directed by Mohan Sehgal (with whom she had earlier done Woh Main Nahin) and in which Asha was the main lead while Shabana Azmi made a brief appearance.

Cut to the multi-starrer The Burning Train (1980) in which she enacted the boisterous, paan-chewing Ramkali. She fondly remembers Ravi Chopra whom they had nicknamed Cookie. He had insisted on casting her for the role specially conceived for her. The legendary Bhanu Athaiya designed her look. Asha is remembered for the qawwali number in the train Pal Do Pal Ka Saath Hamara but unbeknownst to most, she had shot for 22 hours for another song with Dharmendra and Hema Malini in the train - the theme being Dharmendra imagining Hema with Asha singing the beautiful song. The song Kisi Ke Vaade Pe Kyun Aitbaar Humne Kiya sung by Asha Bhosle was pictured on her but was edited out because the film had become inordinately lengthy. 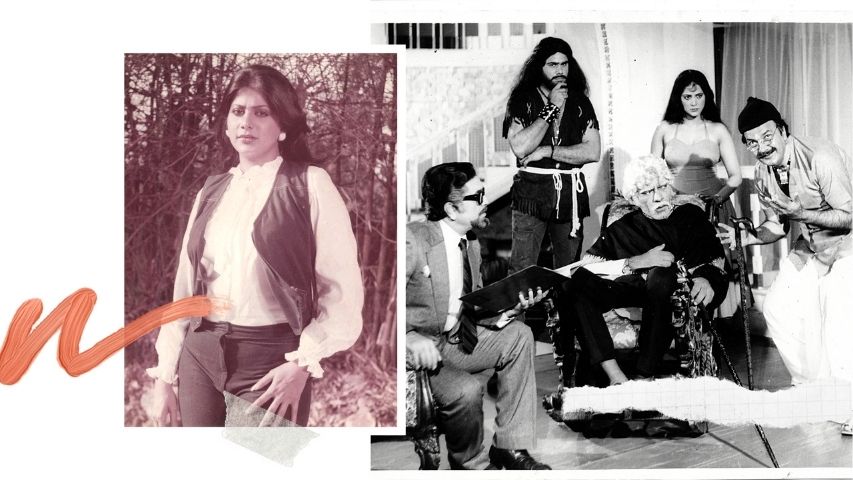 Some of her major scenes were deleted since it was felt she was overpowering the performances of the other female actors. Proof: suddenly towards the finale, she is shown surviving the accident quite inexplicably with a baby in her arms. Director Ravi Chopra, she recalls, felt guilty about this but said he had no choice. To date, she states her performance in The Burning Train was a milestone in her career.

The next question I asked her was about the experience of working with Raj Kapoor in Prem Rog. Her voice brims over with childlike excitement, when she says Raj Kapoor’s eyes spoke a thousand words just the way Peter O’Toole’s could, in conveying pathos and intensity. She thoroughly enjoyed performing the song Ye Pyaar Tha Ya Kuchh Aur Tha. Regretfully a section of the song had to be cut because the film had again become too lengthy. Never mind, she adds quietly, the fact is that she did get an opportunity to work with a creative genius. 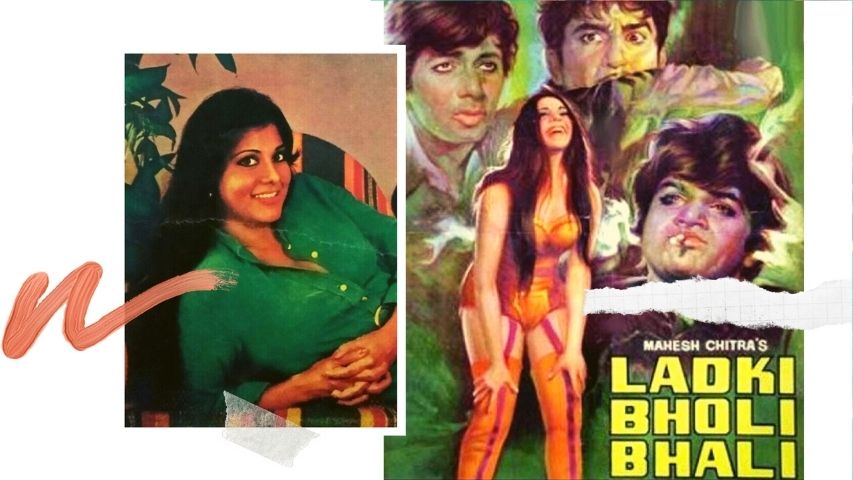 We also talk about the cult film Satte Pe Satta, which again came to her by chance. She had signed a project with director Romu Sippy, opposite Mithun Chakraborty. When it was shelved, the director retained her for Satte Pe Satta in which she was paired with Kanwaljeet. She is still remembered for her screen presence and her purple swimsuit in the fun song Mausam Mastana. She recalls her time on the sets as a picnic, and names Ranjeeta and Prema Narayan for their constant joie de vivre.

In the mid 1980s she appeared in the Ramsays’ 3D film Saamri. Although the experience was a pleasant one with the horror kings, she realized that the horror genre wasn’t her scene. She regrets not doing a cameo in Dev Anand’s Ishq Ishq Ishq, which was then offered to Padmini Kapila but was eventually done by Shabana Azmi. 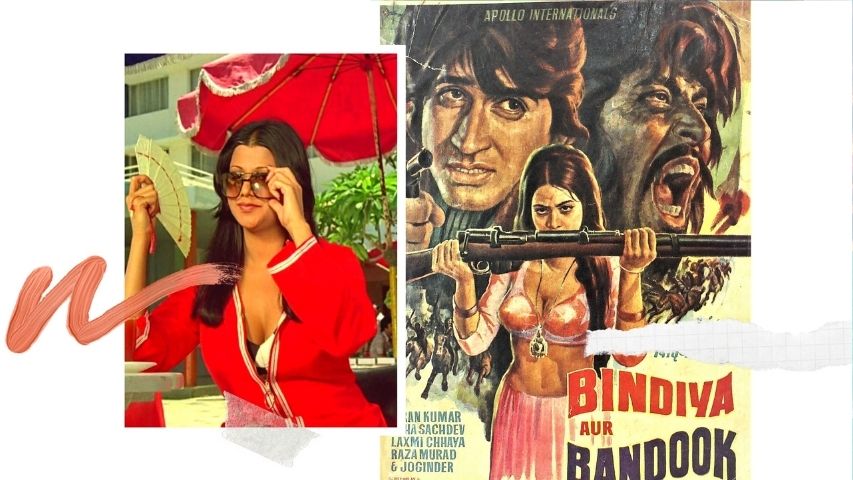 She was offered Silk Smita’s role in Sadma, which she almost accepted until she was invited to the trial show of the original south Indian film. She developed cold feet and was strictly instructed by her mother not to accept the role. In hindsight, she laments that she lost out on a chance to work with Kamal Hassan. Another regret: turning down Gulzar’s Angoor opposite Deven Verma. Aruna Irani eventually enacted the role.

The late 1980s and ‘90s saw her shifting to supporting roles. Fortuitously, she was appreciated in Eeshwar opposite Anil Kapoor, and Baaghi headlined by Salman Khan and Nagma, in which she played a brothel Madame with a heart of gold. She was also seen in a brief role in Agneepath, which she did to return a favor to director Mukul Anand with whom she had done a successful Gujarati film - this role was initially offered to Parveen Babi. Asha then featured in the popular mega-serial Buniyaad (1986) and was later seen in the serial Eena Meena Deeka with Reena Roy and Anita Raaj. 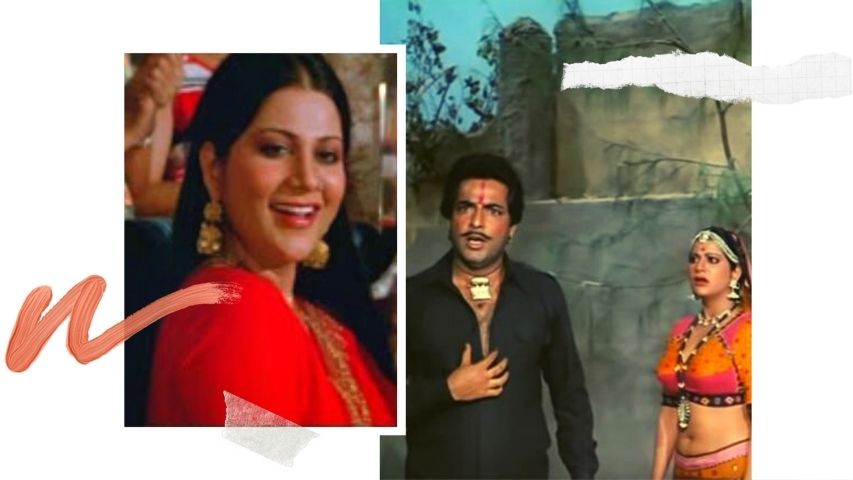 After a hiatus, she was back with Fiza (2000) where she portrayed the playful Ulfat Jaan. She points out that it was a joy to spar with Jaya Bachchan, besides sharing screen space with the upcoming Hrithik Roshan and Karisma Kapoor. Some of her other noteworthy films are Locket, Nakhuda, Lafange, Khoon Ka Badla Khoon, Ladki Bholi Bhali, Jwala Daku, Suraag, Pyar Ke Kaabil, Padosi Ki Biwi and Kunwari Bahu.

She is not quite connected to any of her film industry friends. She has tremendous regard, she asserts for Shatrughan Sinha, Mahendra Sandhu, Vinod Mehra, Ranjeeta, Neetu Singh, Jeetendra and Reena Roy.

Asha Sachdev is open to working again if she gets a substantial role in films or television but is averse to the idea of working for 15 hours on TV soaps. Meanwhile she spends her time cooking and watching television and only once in rare blue moon, rewinds to her own movies. Hope shines a light though. After all tomorrow can be another day