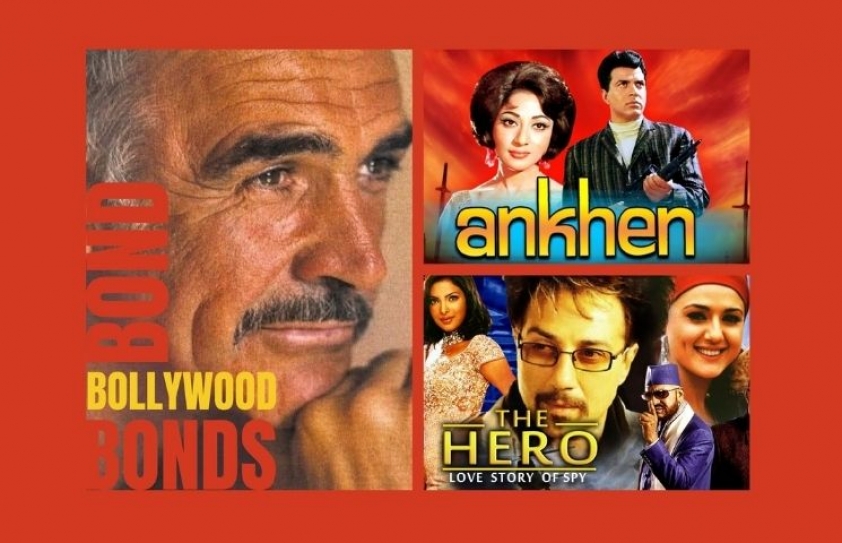 Film historian Dhruv Somani, in the wake of the passing away of Sean Connery, chronicles the desi Bonds that were.

Sean Connery, who passed away at the age of 90 on October 31, has left the world with a trove of memories. Right from his first appearance as the British secret agent Bond, James Bond, with the license to kill in Dr No (1962), he was loved by women who wanted to meet him and by men who wanted to be like him.

It took a while for our movies to create the desi avatars of Bonds though. Every A-list actor aspired to portray the suave secret agent who relished a dry martini, shaken not stirred, never mind the issue of copyright heisting which was quite commonplace then.

The superstar of the time, Rajesh Khanna, even began shooting for a film titled 007 opposite Padmini Kapila, Komilla Virk and Katy Mirza, which was shelved after a few reels. And there were some eminently forgettable attempts like Secret Agent 077 starring Shailesh Kumar followed by another venture named Agent 999 Operation Jackpot. Both these films flopped miserably until Farz was directed by the Chennai-based techno-whiz Ravikant Nagaich - its success spawning several Bollywood Bonds.

Here’s looking back then today at 12 spy thrillers a la the Bond adventures, which sought to step into the intriguing and tension-fraught world of espionage, of course framed within the traditional framework of songs and dances. 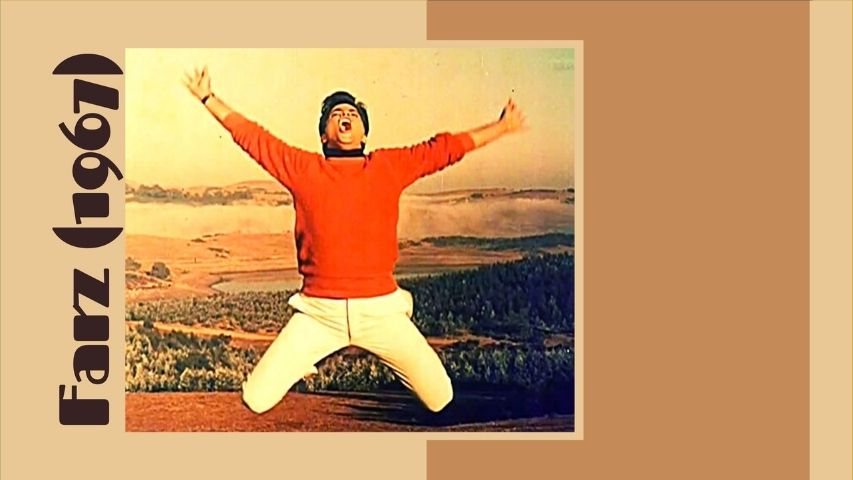 Ravikant Nagaich cast Jeetendra in his trademark tight white pair of trousers, white shoes, sweaters and suits. Dressed to the hilt, he broke into a jig to the beat of the song Mast Bahaaron Ka Main Aashiq, and even crooned a birthday ditty for the heroine enacted by Babita.

The Hindi remake of the Telugu hit Gudachari 116, Farz revolved around secret agent 116 named Gopal, who is assigned to investigate the murder of a fellow secret agent and is helped by a mysterious woman Kamla. The needle of suspicion points towards the father of Gopal’s girlfriend Sunita. But it’s eventually discovered that the skullduggery is the result of a Chinese conspiracy to destabilize the nation. The fast-tempo thriller became a turning point for Jeetendra, whose dances gave him the tag of Jumping Jack. Incidentally, both Shashi Kapoor and Feroz Khan rejected the role. 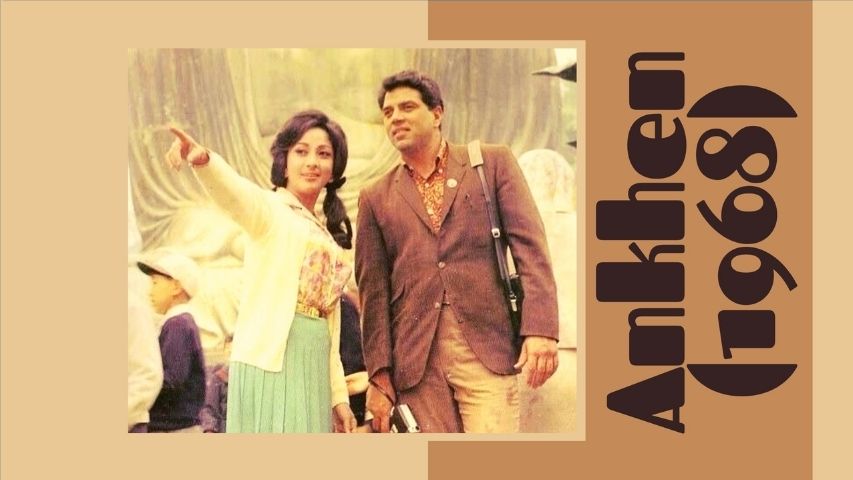 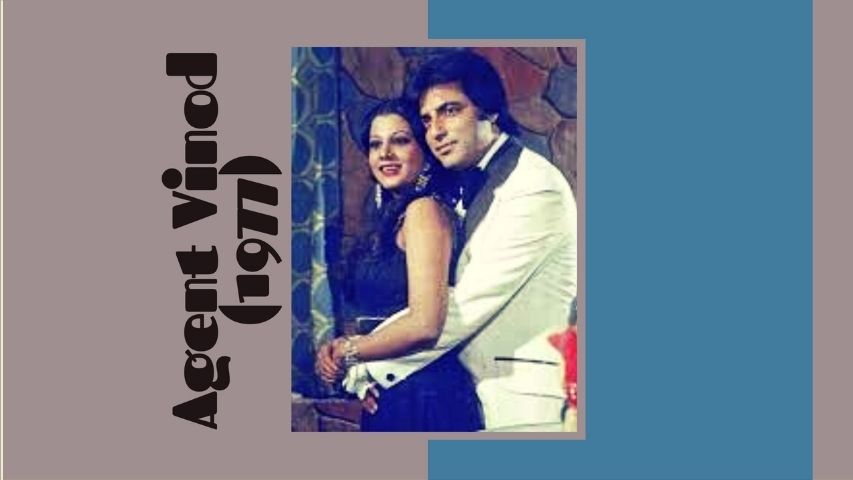 This was an unusual subject for the Rajshri Productions, which was associated mainly with stories of family values and wholesome love stories. Directed by Deepak Bahry, it turned out to be a surprise winner at the ticket windows. Mahendra Sandhu enacted the title role opposite Asha Sachdev. The supporting ensemble comprised Rehana Sultan, Ifthekhar, Jagdeep, Pinchoo Kapoor, Nazir Hussain, Jayshree T, Leena Das and Helen. The plot revolved around the kidnapping of a prominent scientist Ajay Saxena, which prompts the head of the secret service to summon the flamboyant agent who is helped in his task by the scientist’s daughter Anju. 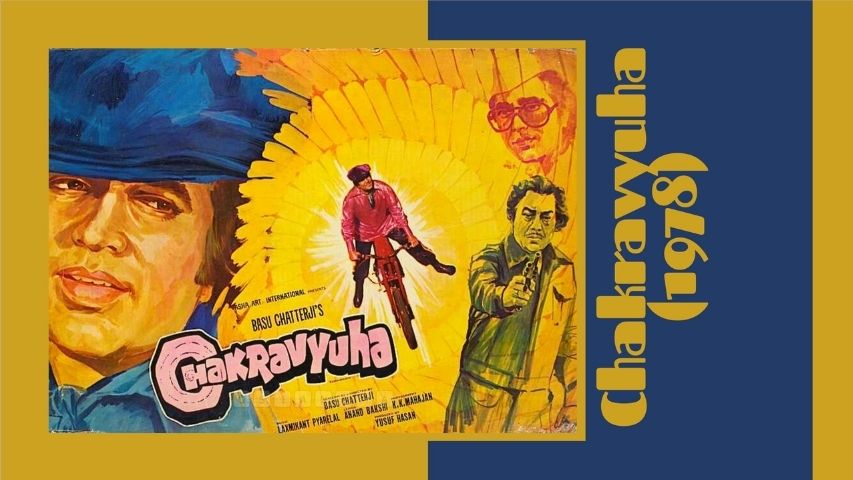 Believe it or not, Basu Chatterjee treaded on the spy terrain too, taking a dig at the popular genre. A spy possesses a gizmo in which he has hidden a notebook containing details of all the secret missions he has been assigned. The storyline was set against the backdrop of a middle class family. Circumstances compel a common man Amit, to become a spy. That’s because his neighbor Raman, a journalist who is in fact an undercover spy, is found dead in his apartment. On the run now, time is ticking for Amit and he must face baffling obstacles aplenty. Rajesh Khanna, Neetu Singh and Simple Kapadia starred in Basuda’s undervalued thriller. 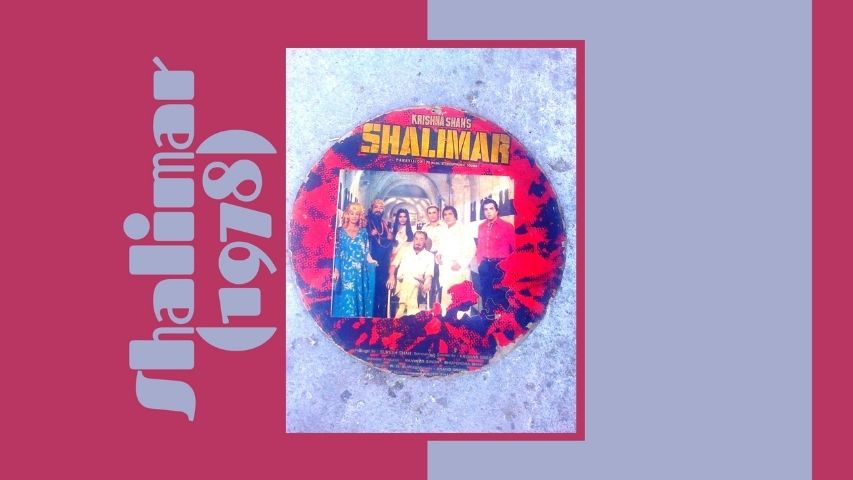 For the first time, the Indian Bond formula received a big budget and an international co-production spin with Krishna Shah’s ambitious heist thriller.  Action, romance and a chase in the climax were executed in the trademark 007. R.D. Burman’s zingy music was woven deftly into the dramaturgy.  Dharmendra and Zeenat Aman matched wits with the global actors Rex Harrison, John Saxon and Sylvia Miles (Gina Lollobrigida was originally offered the part). O.P. Ralhan, Shammi Kapoor, Premnath, Aruna Irani and M.B. Shetty were featured in prominent roles.

The screenplay tracked S.S. Kumar who is on the run from the police and reaches an island but is stunned to meet a group of masterminds who’re there to steal the priceless Shalimar ruby. Inspired by the James Hadley Chase novel The Vulture is a Patient Bird; the English language version was released as Raiders of the Sacred Stone. The title song Mera Pyar Shalimar, which had a typical Bond flavor rendered by Asha Bhosle, remains my all-time favorite. 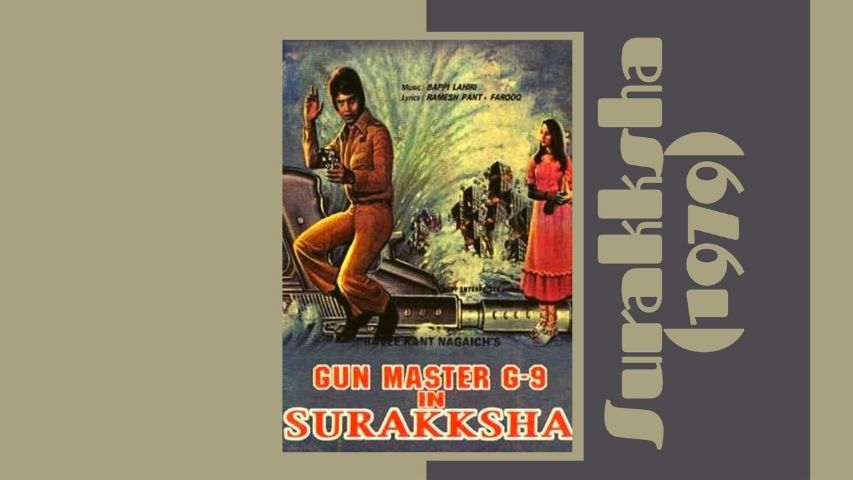 Mithun as Gunmaster had to foil the designs of a terrorist syndicate called SSO. Gopi - Gunmaster G9 is summoned by the CBI chief to investigate when an aircraft is attacked by deadly lights and forced to make an emergency landing. Gopi teams up with Priya, who is out to investigate her father’s death.  The outcome was yet another super-hit for Nagaich. 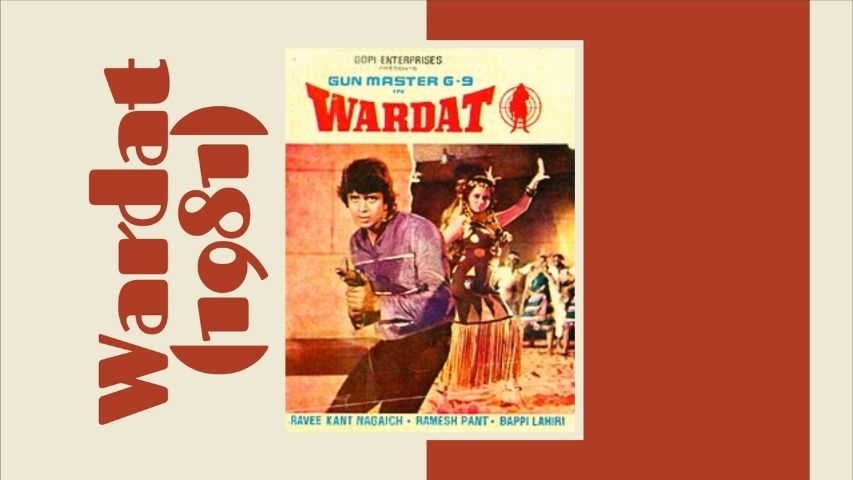 A sequel to Surakksha , Nagaich re-called Mithun Chakraborty as Gunmaster G9 in the company of Kaajal Kiran, Shakti Kapoor, Kalpana Iyer, Jagdeep, Ifthekar, Manorama and Keshto Mukherjee. A swarm of locusts attack farmers on their land. The government suspects this to be the job of a terrorist organization led by Jambola – an evil scientist.  The sequel was a damp squib commercially, proving repetition doesn’t guarantee success. 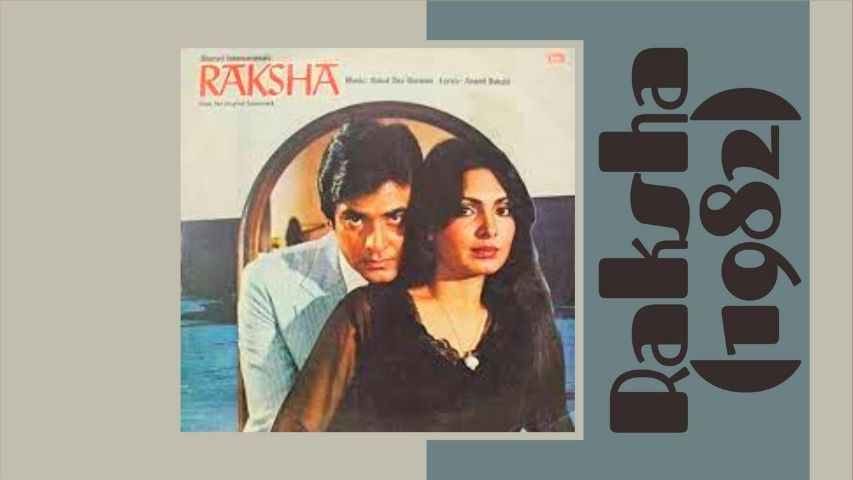 However a crime syndicate plants a bomb on the air flight of chief scientist Dr. Shrivastava. The case is assigned to Agent 116 - Gopal Kishan Panday, who is grieving from the death of his fiancée Asha who was shot by a gunman. Gopal’s investigations lead him to the cabaret dancer Bijlee, who helps him to achieve his mission.  Commercially, Raksha performed averagely. 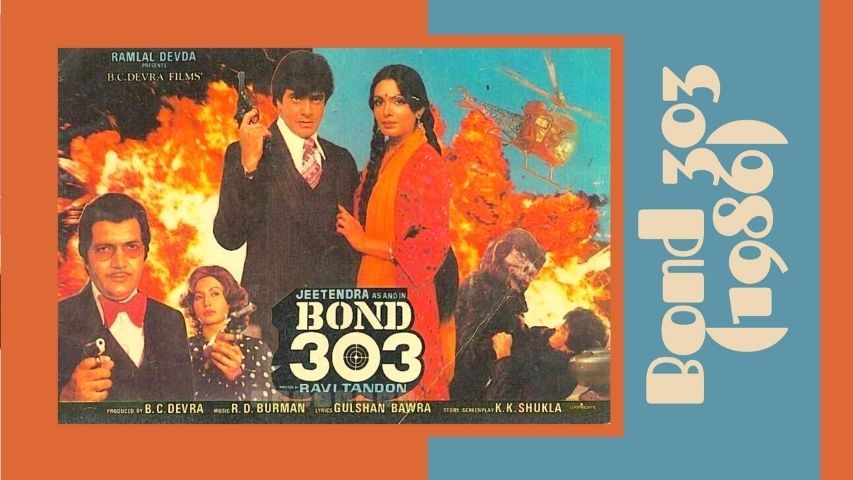 Directed by Ravi Tandon, this effort brought back Jeetendra as Ajay (Bond 303) again opposite Parveen Babi. The plot hinged around a series of rocket attacks, which Agent 303 must stop immediately. This project was majorly delayed because of Parveen Babi suddenly leaving India, following her mental health issues. Finally, it was released with her voice dubbed. But the film had staled considerably and sank like the Titanic. 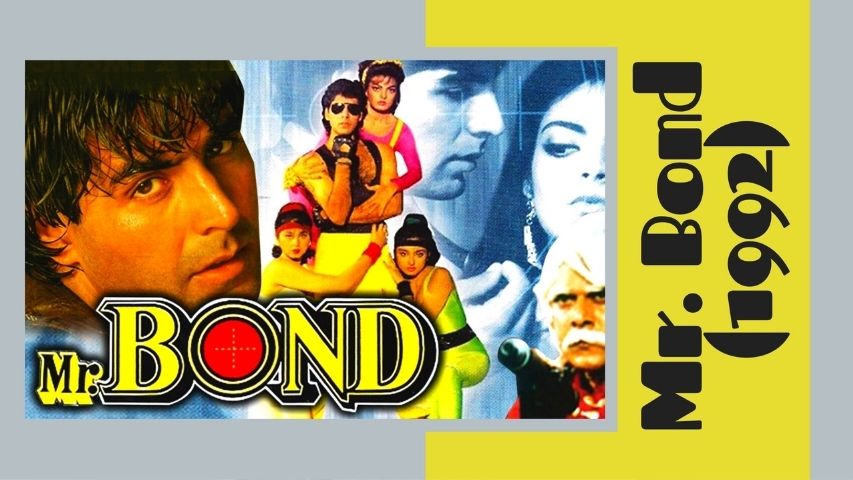 The opening sequence was lifted blatantly from Never Say Never Again (1983), which had shown Sean Connery failing a training session. This was also the first collaboration of Akshay Kumar with producer Keshu Ramsay. Later they collaborated on the uber successful Khiladi series. As for Mr. Bond, it came and left without creating a flutter. 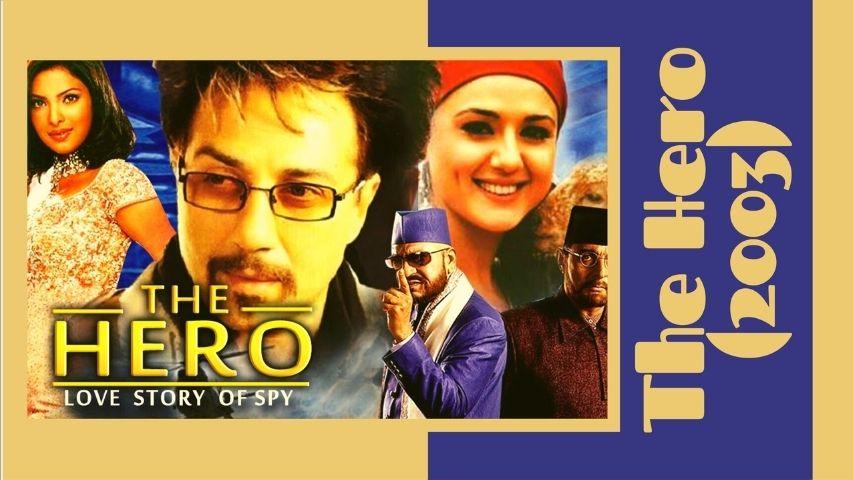 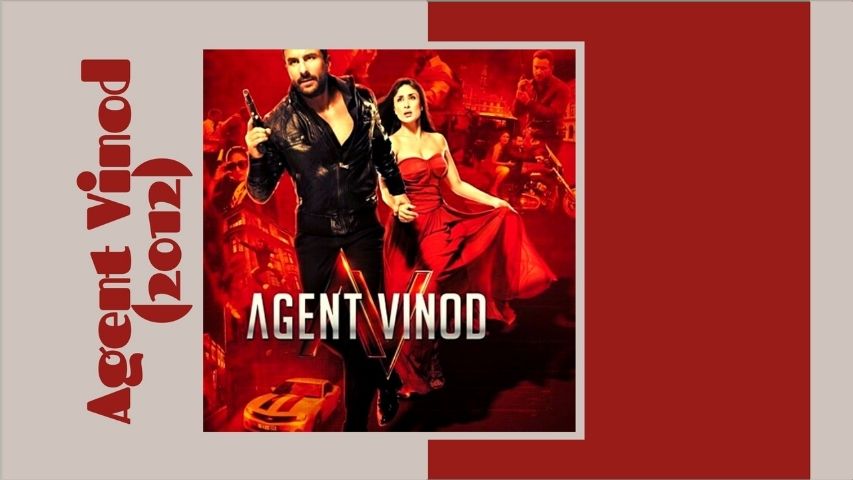 Here was a go at making a slick spy flick - title borrowed from the Mahendra Sandhu hit - by the inventive director Sriram Raghvan. It headlined Saif Ali Khan and Kareena Kapoor Khan who twirled to the beat of the mujra song Dil Mera Muft Ka. The story revolved around a series of seemingly unconnected, destructive events across the world. Next: the ladies’ man Agent Vinod undertakes a globetrotting mission to discover why one of his colleagues was murdered. Although technically polished, the audiences, perhaps because of the plethora of too many distracting sub-plots, thumbed the result down.

And there was Ramesh Sippy’s Shaan (1980) too, with the opening credits filmed on Katy Mirza dancing in white leotards to the 007-ish theme song Doston Se Pyaar Kiya in the voice of Usha Uthup. Amitabh Bachchan, Shashi Kapoor, Raakhee Gulzar and Bindiya Goswami were the lead players. Clearly, the bald villain Shakaal, portrayed by Kulbhushan Kharband with a high-tech underwater lair with alligators, was inspired by Ernst Stavro Blofeld who had appeared in as many as eight James Bond movies.