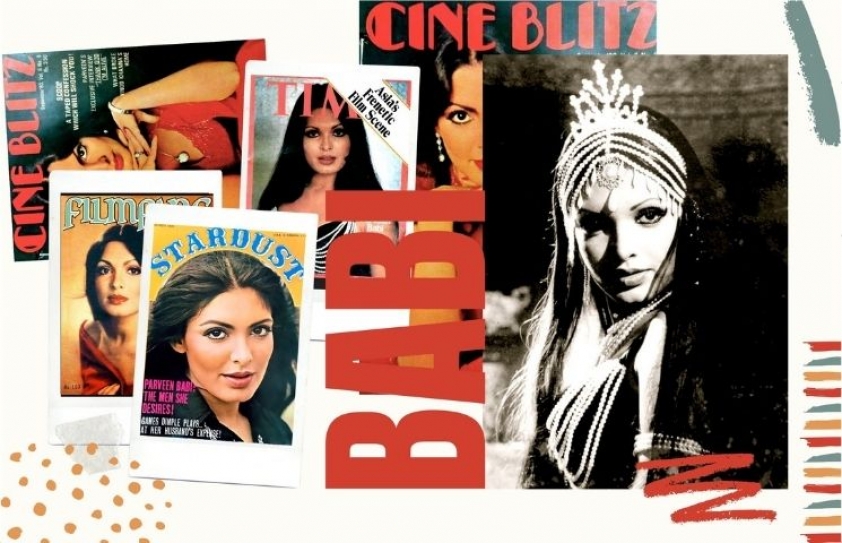 Alliteratively called the Jazzy Jane from Junagadh, she was a game-changer during the Bollywood cinema of the 1970s, when the quintessential heroine had to be very little spice and dollops of sugar.

Parveen Babi arrived on the scene to alter the prissy scenario, around the same time Zeenat Aman did. Gradually, both became favorites of the top production banners, which were into belting out multi-starrers by the dozen.

Ms Babi, born in Junagadh, Gujarat, to a family with royal antecedents, had studied at St Xavier’s College, Ahmedabad. She came out of her chrysalis even though she was painfully shy and appeared to suffer from issues of self-esteem.

That she longed to escape from a small-town life was evident. After a stint of modeling it was the big Bollywood screen for her, kicking off with the modestly budgeted Charitra (1973), opposite cricketer-turned actor Salim Durrani, and directed by the iconoclastic B.R. Ishara. In her debut film itself, she portrayed a young woman who’s sexually exploited, and must lead her life, undaunted, as a single mother.

Of course, there have been reams of scandalous stories about Parveen Babi in the magazines of the 1970s and ‘80s. Without a shred of sensitivity, it was reported that she had suffered from schizophrenia, paranoia, and ultimately went ‘cuckoo’.

When she passed away in 2002, her estate included a sea-facing flat with four bedrooms in Juhu plus jewelry, a sum of Rs 20 lakhs, deposits and other investments. Of this, 80 per cent was set-aside for underprivileged women and children in a trust. 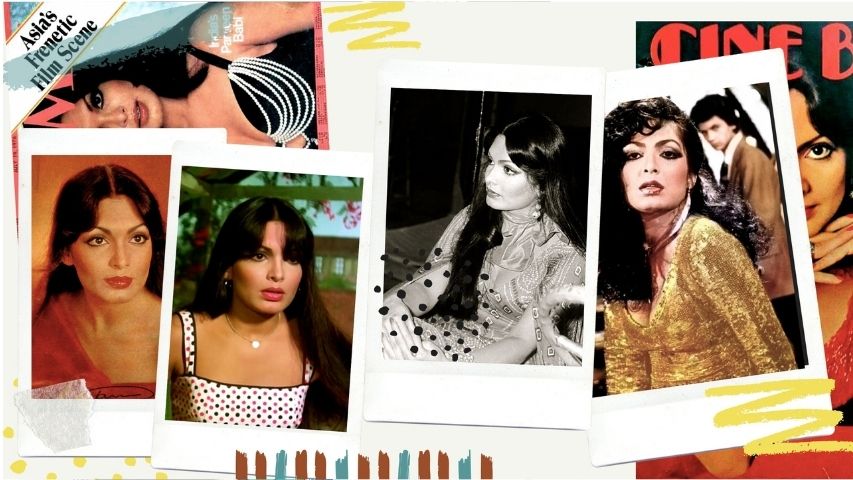 Ten per cent of the money allotted to the trust would go to St Xavier’s College, Ahmedabad, where she had lived in a hostel and completed her Master’s in English in literature. Such information and more (of the unsubstantiated kind) is accessible on the Internet.

That anyone who has thrilled to her glamorous screen persona craved for a book, which narrated her story with authenticity, was a given. Journalist Karishma Upadhyay’s Parveen Babi: A Life (published by Hachette, India) just does that.

Here’s a well researched, probing and non-judgmental account of the life of a gorgeous woman and a beautiful mind – a mind, which buckled under the pressures demanded by stardom. According to the book, she was born to her ageing parents, Wali Mohammed Khanji and Jamal, on 4 April 1954 (some claim her birth-year as 1949 without any authentication though), noting if there was ‘any disappointment over the baby’s gender, it was well-hidden.’

Unlike most posthumous biographies, Upadhyay doesn’t depend on hearsay, random quotes or short cuts. In the course of three years, she travelled extensively to meet as many sources to get leads and confirmations. And as importantly, she conducted interviews with the three men Danny Denzongpa, Mahesh Bhatt and Kabir Bedi who played defining roles in her life for the better or for the worse.

Her costume designer Xavier Bathena, comes across as a truly supportive friend, who strived his utmost to keep her centered. For a while, tagged as part of the bohemian circle of Juhu, here was a woman who was as self-willed as she was vulnerable.

The near 300-pager is a riveting read, and for once brings us close to the heart and mind of a woman whom neither a guru nor psychiatrists could save from vanishing into a void. The narration of how exactly Parveen suddenly quit Bollywood and caught a late Air India flight to London, to get far away from the madding crowd is graphically described. 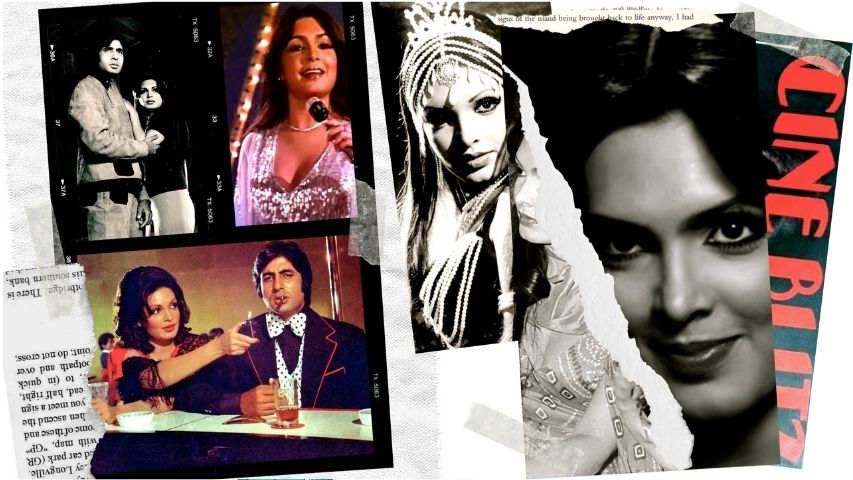 When Parveen - once the cover girl of Time magazine - returned to Mumbai from the U.S. after years, she was bloated beyond recognition and had called for a press conference making incredible allegations against Amitabh Bachchan. The book points out that in the prime of her career, the actress had sunk into depression after returning from an overseas concert tour headed by Bachchan. It is said in no uncertain terms, that she felt slighted, on being treated cavalierly during the concert. Bachchan, it seems, was lavishing more attention on Reena Roy.

The book is comprehensive, and attempts with clarity to inform what happened, or could have, behind the scenes. My aim here is not to synopsize the true-life story. Rather it is to commend Karishma Upadhyay for her tenacity and patience in narrating a story, which will always serve as a cautionary tale for Bollywood’s reigning stars as well as aspirants dreaming of fame and adulation. Only those with a thick skin can survive the attendant pressures.

As someone who has grown up on the movies of the 1970s, there was a welter of facts, which were essentially rumors about the highs and lows of Parveen Babi’s meteoric rise and descent. The book checks them out and confirms them. Permit me, then, to enumerate at least some of them: 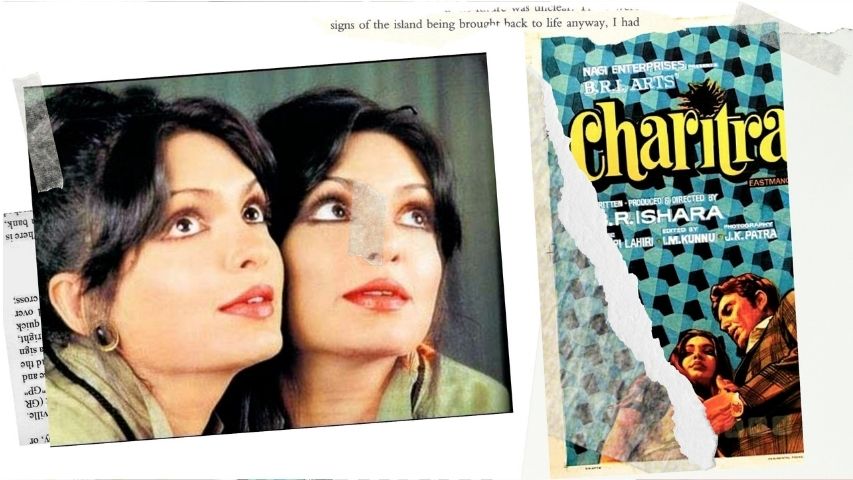 In summation then, the book Parveen Babi: A Life, transports you to another era of cinema and simultaneously creates a portrait of a star-actress who passed away on 22 January 2005. Her body was discovered after her housing society called the police. She had not collected milk and newspapers from her doorstep for three days. It was claimed that she had gangrene on her left foot since she was diabetic. A wheelchair was found close to her bed, besides books, magazines and clothes.

The post-mortem report said that she had not eaten for three days and could have starved to death. Foul play was ruled out; it was concluded that she had succumbed to organ failure and diabetes – a wonderful but an intermittently restless life and career ended in a tragedy, which continues to live with us today.