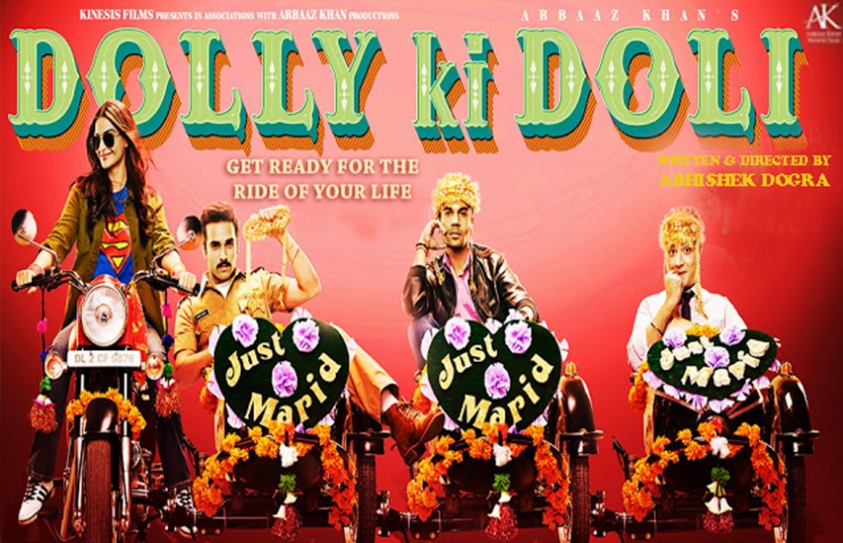 An attractive charlatan uses God-given wiles and charms to swindle the wealthy prey. Dolly Ki Doli could well be the gender-swapped answer to Ladies vs. Ricky Bahl.
Sonam Kapoor plays herself playing Dolly from Delhi (you read it right) who manages to land a lot of cushy rishtas. It’s one of those high risk, high reward ventures where she finds willing accomplices like Dubeji (Manoj Joshi) and Raju (Mohammed ZeeshanAyyub) to help her reel in and robthe chumps.

Sonu (Rajkummar Rao) and Manjot (Varun Sharma) are the ripped off bridegrooms who are hot on her trail along with InspectorRobin Singh (PulkitSamrat), whose name has a Dabangg-inspired air about it. Whether or not Dolly’s past catches up with her forms the rest of the integral plotline.
Dolly Ki Dolitrades in the superfluous songs and crass humour for an understated appeal. Sonam Kapoor undoes any chance of giving her character an earthy identifiability with the accented dialogue delivery, though she does make up for it in great costumes. She is backed by a great supporting cast that especially lights up the scenes where Dolly is required to be silent and coy. Of the lot,Rajkummar Rao is a pleasant surprise when he dances with desi abandon alongside Malaika Arora Khan in ‘Fashion KhatamMujhpe’ (not to miss the Pop Ragini and Arkestra Party sign in the background). 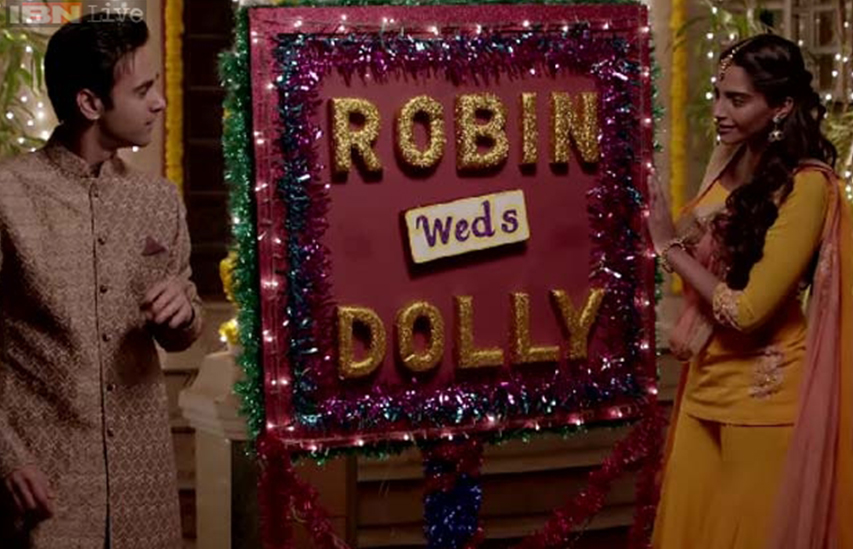 The film is not bereft of little contrivances. From what the writers would have us believe, there are no pictures of Dolly featuring in any wedding albums of the grooms. Sure, it makes it easier for the heroine to up and disappear with the loot, but seems a little unrealistic in the age of camera phones and social media.
The logistics of the elaborate con Dolly and her ‘family’ pull off are not explained, making it difficult to believe that they perpetually moved in and out of houses in Delhi to go groom-hunting. It is also difficult to believe that the families of the would-be suitors would not have done a background check on the shady crew before agreeing to the match.
Robin Singh makes an unconvincing cop with earrings, since those accessories are not permitted when you are in uniform. Stranger still, he investigates the case all the way to another state, even if he has no jurisdiction beyond Lajpat Nagar. 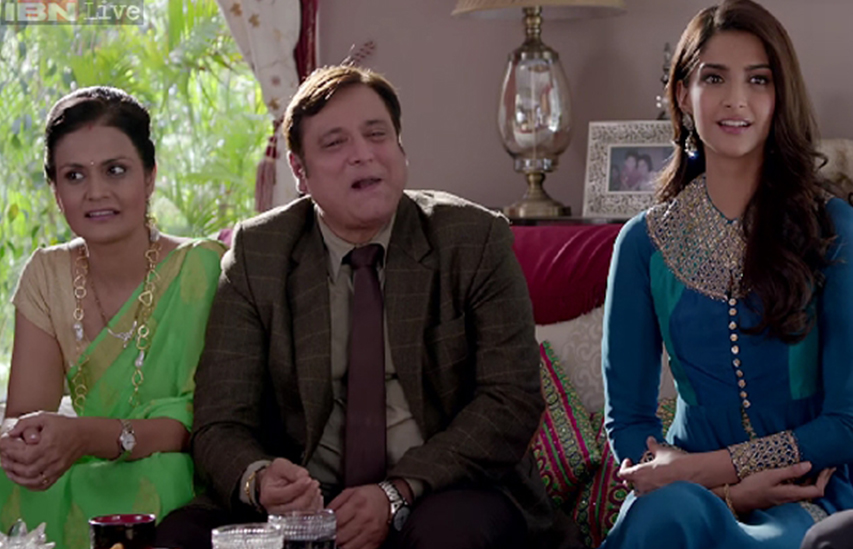 The film takes some liberty on the legality front when two characters go to court for a quick civil marriage. That is a bit of a factual stretch since the courts need a 30-day notice before the actual signing.
Eventually, the film ends on a good note but we end up knowing nothing about Dolly. There is no real justification despite a back story on her. We remain unsure whether she had a family she left behind for her underhand dealings.
There are the niggling shortcomings but the great cast and the short duration keeps you distracted. Since it is not entirely a chick flick, Dolly Ki Doli makes for an unwinding watch over the weekend