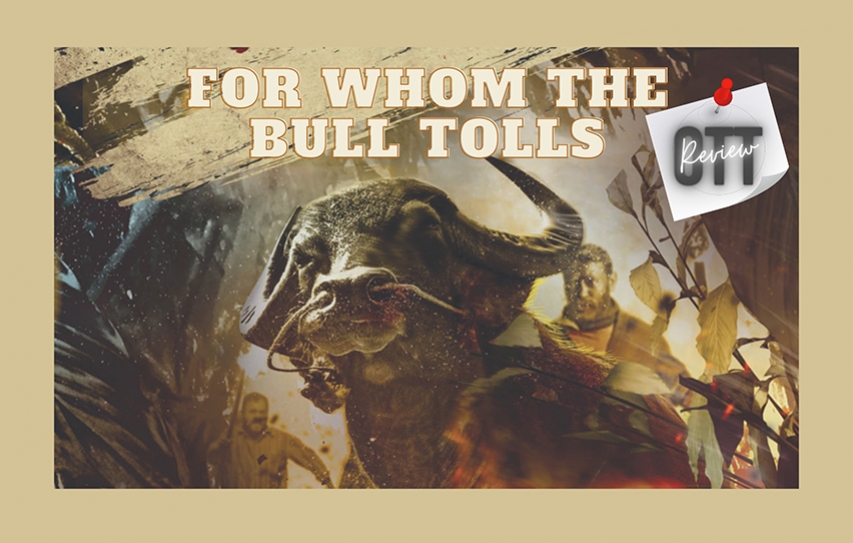 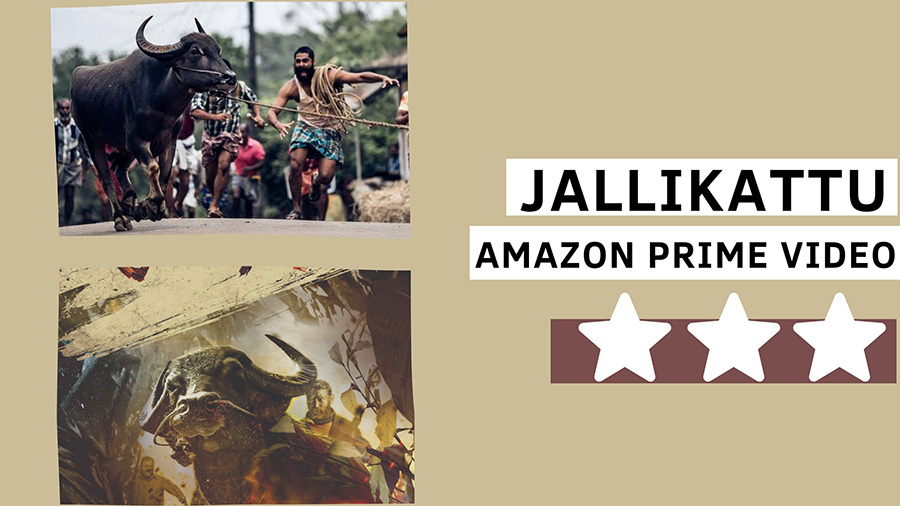 True confession: At the outset, the cause celebre Malayalam film of the season, Jallikattu, turned my tummy. Choppers carved into skinned buffalos, followed by close-ups of moundy scraps and slices. Aargh. Enough to turn me into a veggie, or even jump on to the vegan-wagon.  Such exposure of raw meat’s no treat, went my bleat.

Okay, so I quizzed myself - am I turning into a can’t-think-wimp who can’t watch a high-minded allegory, directed by Lijo Jose Pellissery (despite defects his Angamaly Diaries left a wow effect) and adapted from the short story Maoist by Hareesh? I’d switched off the meat feast, couldn’t go beyond the opening 20 minutes or so. Oho, come on give it another go bro, an inner voice commanded.

After all, you’re the only one who’s become lily-livered. Hollywood’s Variety has given it a rave review, and our nation’s permanent jury chairman, Rahul Rawail, has thumbed it up as this year’s Indian entry for the Foreign Language Film Oscar. There must be something seriously wrong with my cinema-viewing faculties.

To be honest, there was. Third time lucky, I survived its running time of 91 minutes and often jaw-droppingly so, devoted to the trials and tribulations of a bullock who escapes slaughter by running amok in a rural Kerala townlet. Bing. If it reminded me of A Donkey in a Brahmin Village (1977), by the iconoclastic helmer John Abraham who unfortunately passed away at the age of 49, ten years later, so be it.

And if my eyes welled over with tears, recalling the fact that the masterpieces of Malayalam cinema’s geniuses Adoor Gopalakrishnan, G. Aravindan and Shaji Karun (primarily Piravi) could never make it to the Oscar entry gymkhana, stop  it  you dolt right now. This is 21st century, the distant past is a pre-coronavirus memory. No need for tears or you’ll only beget zehreela jeers.

Back to dear Jallikattu, named after an age-old ceremony of catching a bull by its coins-adorned horns in Tamil Nadu, the closest parallel being a Spanish bullfight. I steeled my nerves to get into the groove of the bloodsport. And truth be re-told, I didn’t do too badly, but for a few flinches and winces. Right, I couldn’t quite relate to the opening cuts staccato-style to mammoth close-ups of men and women opening their eyes wide to the  tick-tock beat of what could be the loudest wall-clock in the world. Shortly then, you’re on the premises of  a roadside stall where meat is chiselled with the relish of expert sculptors.

Next: A truckload of characters - alpha beta men in lungis and sullen women who are slapped for serving rice-cakes far too often for breakfast - do their number. Angst abounds in this chlorophyll green village inhabited largely by butchers, rank criminals, meanie cops, a landowner with the ferocious appetite of a Jughead, and occasionally women are seen stirring steamy cauldrons. Plus, they exchange hot goss about who’s been snoring with which man, illicitly, under the cloak of moonlit nights. No fears, no frights.

Frankly, none of them registers as a lead or a side-bar protagonist - which is fine, the gambit is audaciously unconventional to narrate a symbolic story, that critiques class disparities, outmoded social rituals and mega-toxic masculinity. If there’s a harsh political comment, it’s implied by the constant flare-ups between the querulous groups (the elderly and the youngish are polarised). Who  or what is the Maoist element exactly? Presumably that could be the narrative’s underlying howl for a radical revolution in a predominantly agrarian society.

So, when the butcher who was about to slay the runaway bull for an engagement ceremony (to which the locals aren’t invited), the outcome is a protracted pandemonium. At one point, if I saw correctly, there’s an intercut to men in the Cave-Ages, as if to emphasise that we’re still subsisting in primeval conditions.

Be that as it may, the unquestionably high points are devoted to the chase of the poor bull who pops up randomly at the call-sheet of the screenplay, and alack, even finds itself looking askance in a deep water well.

Throughout crowd scenes, like the scores of men running through forest slopes carrying fire torches are poetically beautiful, almost Werner Herzogian. Indeed, the sequence is so breath-takingly photographed by Girish Gangadharan, that you want to give him a standing ovation.

Evocative visuals of naturescape, the pans to objects like a steaming iron for transition shots and the manic energy which Gangadharan invests during the melodramatic finale, constantly finesse the wild and lurching style of director Jose. Evidently, an unapologetic sledge-hammer approach subverts any vestige of subtlety. Editor Deepu Joseph and sound designer Renganaath Ravee, too, are in sync with the heavy-metal theme consistently.

The most rewarding takeaway from Jallikattu is that it’s relentlessly angry, unsparing and implosive. I don’t think you’ll have to struggle like me to switch it off and  on - and that’s if you’re absolutely ready for a raging bull who’s mad as hell and won’t take human savagery any more. As for reading between the frames, that’s up to you. See it for sure and deduce your own interpretations.

A point to be made here. Malayalam cinema may not be yielding the masterworks of Gopalakrishnan, Aravindan and Karun any more. Yet it’s robustly alive and kicking ass. Way to go.

Last word: Does Jallikattu have an ice lolly’s chance in hell at the Oscars? I’d like to hope it does, at least a slim chance. However, let’s face it, that’ll be as tough as serving arrack to the decision-makers accustomed to single malts. 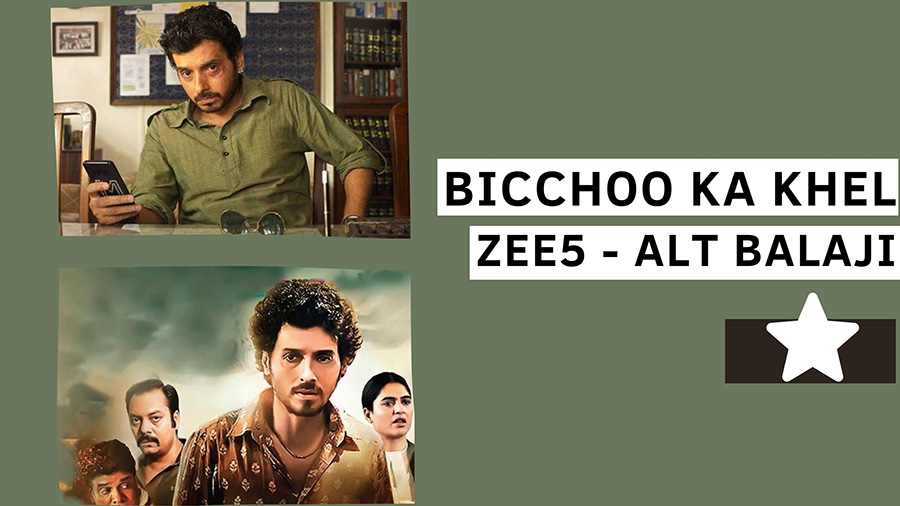 Balaji’s saases and bahus may have vanished, thankfully. But what’s up in return? A goulash of sex, sex, sex, abuses of the m-c-b-c, chu-chu and worse offal.

Directed by Ashish R. Shukla, here’s a yarn spun in U.P., about a youngish man  (Divyendu Sharma, at least knocks out an impressive performance), who’s out to avenge the killing of his dad, a thickly, bearded ne’er-do-well who had kept leapfrogging in and out of a boudoir of a halwai’s sexlorn wife. For nine episodes then, the body count multiplies like rabbits, an investigative cop keeps smoking till you want to give him an ash-tray, and the womenfolk behave so aggressively till you want to courier them a carton of sedatives.

Not worth yakking about really, this cliched, sub-Anurag Kashyap-stylewalla saga of bozo bhais and bak-bak bahens, is imminently worth a miss. 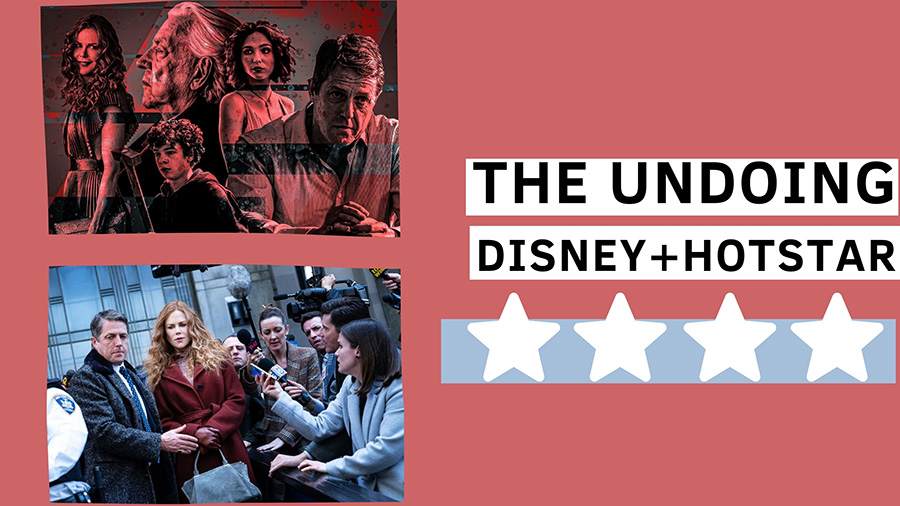 Awww, it’s over. One of the most engrossing murder mysteries to drop on OTT lately - featuring Nicole Kidman, Hugh Grant and Donald Sutherland - directed by Susan Blier, wound up by disclosing the identity of the murderer. Not a startling one, must say, the end was pretty predictable.

Still this slickly-mounted, cleverly narrated web series was truly absorbing till the last episode. Of even superior quality, there are The Queen’s Gambit and The Crown Season 4 on Netflix. If you haven’t viewed them already, your time starts now.