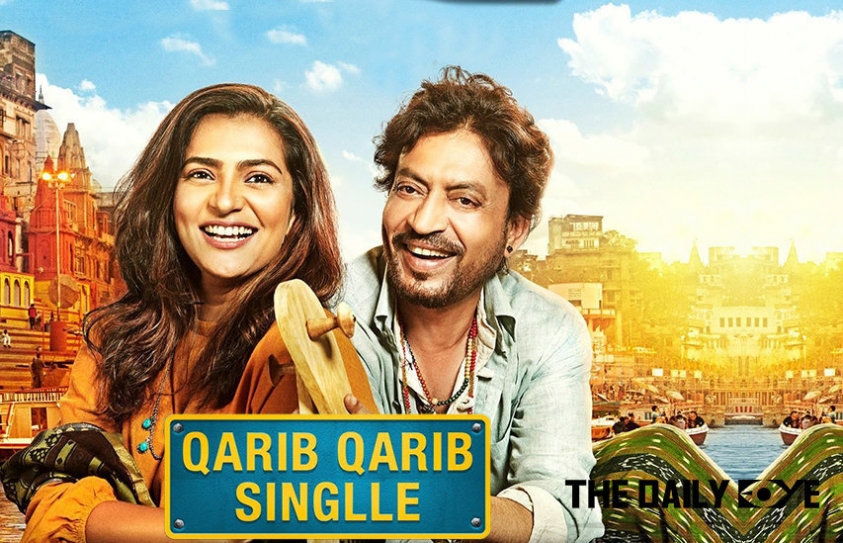 Irfan and Parvathy strike the right chord with QQS

I am thrilled about the fact that Bollywood is moving away from the usual girl boy meet, fall in love and live happily ever after stories. Though the movement in the film is inch by inch it gives the audience a lot to look forward to. One of the very recent movies that portrayed a fresh romantic story was Bareilly Ki Barfi, Qarib Qarib Single has just got added to that list.

The story revolves around Jaya (played by Parvathy, the South Indian fame) and Yogi (Irffan) two middle aged romantic individuals, who meet on an online dating site and soon after a couple of coffee sessions decide to take a road trip to meet their exes along the way. Though the idea behind the road trip seems forced and laughable, the movie is quite real with relevant issues. We have Parvathy as a subdued personality, trying to please everyone on her path, she wears subtle colors to complete the look. On the other hand, Yogi is extravagant and loud, we do not know much about him throughout the movie, he remains mysterious.

This coming of age romance is simple and fun to watch with hardly any boring moment. Though the second half has less sizzle, the entire movie is your ticket money! It's been a while since Tanuja Chandra (known for movies like Sangharsh) directed; this rom-com was certainly a fresh take.

Both Irfan and Parvathy blend flawlessly in their environment and roles, any other actor playing Irfan's role would have been borderline defensive or douche, not Irfan. He gives the thin role gravity which makes the audience like him in the first 5 minutes of his appearance. Parvathy is beautiful, makeup-free and has no pretentious job of a "baker", she is self-sufficient and needs no man to fill a gap in her life, early widowed the part where she visits an online dating website to rekindle the romance in her life fits seamlessly in the picture.

We also have Neha Dhupia, Isha Sherwani and Luke Kenny as exes, though any one of their roles could have been longer to give the second half a much-needed purpose, while all three play the role graciously.

Such movies are a breath of fresh air for an audience who like real and relevant romantic cinema. The characters have genuine problems, unlike "commitment" problems, too cool to commit, friends with benefits, lovers with no tags - You get the gist.

Watch if for the fuss-free story and beautiful acting.