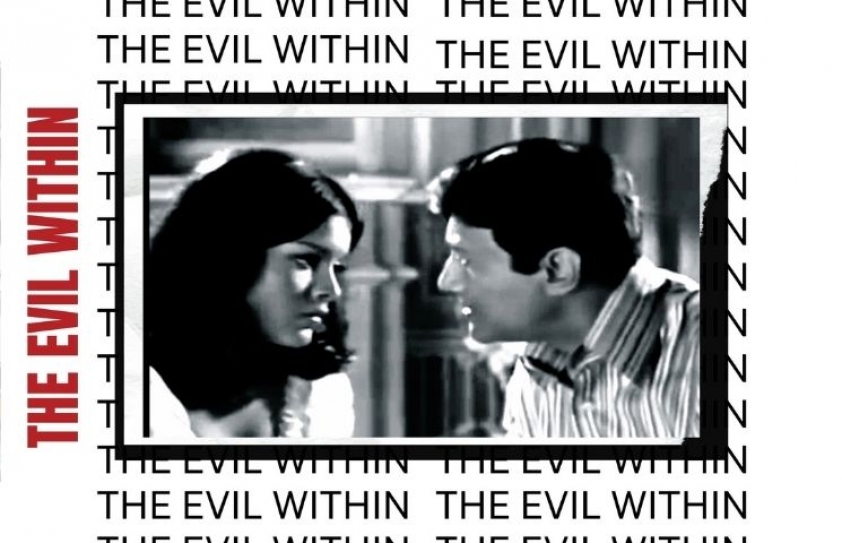 Film historian Dhruv Somani, zeroes in on The Evil Within, the little-seen crime thriller, which had marked the evergreen star’s second bid at international stardom after Guide.

The legion of die-hard fans from all over the world has venerated his debonair personality and his style of filmmaking, which they believe was way ahead of the times. Dev Anand was always fascinated and inspired by Hollywood, which was quite evident from his cool wardrobe and his irrepressible joie de vivre. His infatuation with the west first surfaced when he tapped his contacts in Hollywood to launch the Indo-US co-production shot in Hindi and English simultaneously, which was of course, Guide (1965) based on R.K. Narayan’s widely-acclaimed novel.

According to some accounts, after the Berlin film festival, Dev Anand and his wife Kalpana Kartick had travelled to New York. There at the invitation of the Nobel laureate Pearl S. Buck and the Polish-American TV film director Tad Danielewski, they met at a restaurant in the fashionable Greenwich Village. Here, Dev Anand presented a copy of R.K. Narayan’s Guide to Pearl S. Buck who was impressed with the idea of a film adaptation. But she was not sure whether Narayan would part with the rights of his novel. Moreover, the book had already been staged as a Broadway show with the Pakistani actor Zia Mohyeddin enacting the title role.

Dev Anand next travelled to Los Angeles where R.K. Narayan was living for a while and charmed him into giving him the rights for a bilingual film. For the Hindi version, initially the toss-up for directing it was between Chetan Anand and Raj Khosla. After much discussion, Vijay Anand was finalized. 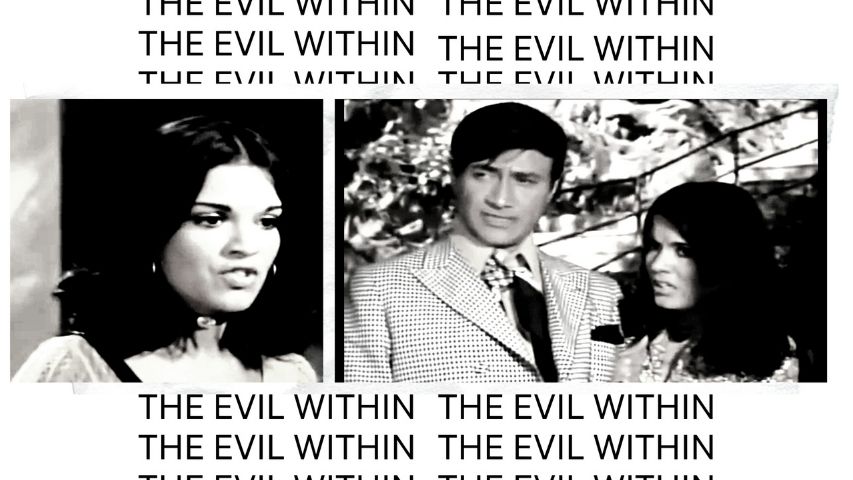 The Hindi version fared extremely well on domestic shores and has since then attained cult status. As for the English language version directed by Tad Danielewski, written in collaboration with Pearl S. Buck, it was completed in an eight-week schedule first and was ready for release but the market buzz had already sealed its fate. The rumors were that this was Dev Anand’s “foolish misadventure”, to which he laughed saying all great works of creativity are born out of madness. This was not the end of his obsession towards the west though.

Most Dev Anand fans are well aware about his appearance in the Indo-Filipino English language film, The Evil Within, in 1970 directed by Lamberto. V. Avellana and written and produced by Rolf Bayer. The barely-recalled film featured the evergreen star in another crossover project (a dream of most stars today).

The James Bond blockbusters heavily inspired this film.  Director Lamberto. V. Avellana was the prominent Filipino film and stage director, who had become a force to reckon with his crime drama Anak Dalita (1956) and the romantic caper Badjao (1957). The director and producer had seen the English version of Guide and had hence approached the Navketan banner for collaboration. The outcome was The Evil Within, which also had the alternative titles of Passport to Danger and Flower of Evil, alluding to poppy since the subject concerned drug trafficking.

The 007-ish film featured Rod Perry in a key role along with the Vietnamese- American actress Kieu Chinh, later seen in the widely praised The Joy Luck Club (1993), along with Dev Anand, Ifthekar, Premnath, Jagdish Raaj, M.B. Shetty, Vimal Ahuja, Vipin Gupta and Zeenat Aman. Yash Johar, who had yet to initiate his Dharma Productions, was the executive producer. Dev Anand had struck up a lifelong friendship with Yash Johar, when the latter was handling the production of Nasir Husain’s Jab Pyar Kisise Hota Hai (1961). Mani Rabadi had designed the costumes. 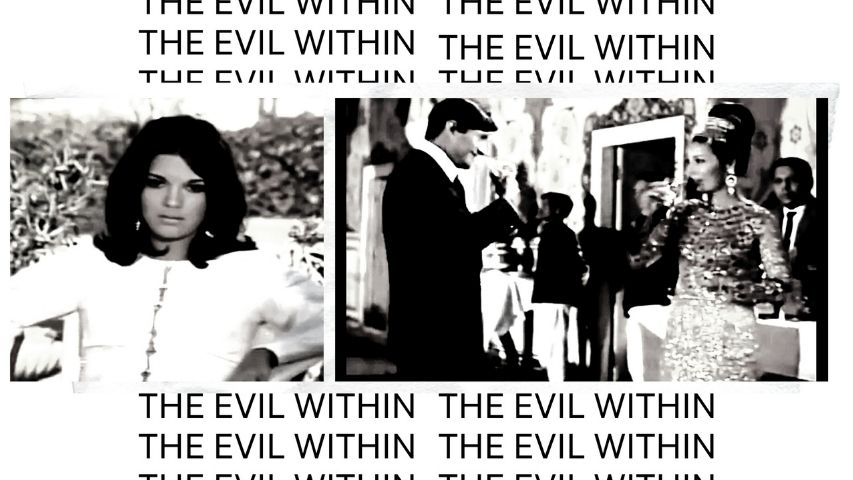 The Evil Within boasted of lavishly mounted sets but was predominantly shot at the picturesque palaces and locations of Rajasthan, Jaipur and Udaipur. Rajasthan was showcased as The Land of Kings, complete with its majestic forts and museums, the sand dunes of the Thar Desert dotted with camels and caravans. Footage was canned at the Aravalli mountain range and at the Ranthambore National Park. Dev Anand essayed the role of Dev Varma, a special agent of Interpol, who teams up with Rod Stevens, played by Rod Perry, to bust a dreaded opium mafia syndicate.

The fast-paced entertainer begins with an assassin named Fat Man (Allen Fitzpatrick). He kills all the enemies of the syndicate’s head who happens to be the beautiful Princess Kamar Souria. Judge Krishna and his daughter Rita receive Dev Varma at the station. They are suspicious about the activities of the princess and try to find clues to implicate her in the racket. Plus, there are other nefarious elements, like Hanif, who have their own vested interests and want to assert their control over the princess.

Around the time of the shoot, Vietnam was facing war. The dark-haired and slim femme fatale, Kiev Chinh, had told the press that there were hardly any films being shot in her country but Hindi films would be released there.  This was her first trip to India, in the course of which she shopped in Bombay and Rajasthan to carry back fond memories.

The stalwart cinematographer Fali Mistry who had lensed classics like Nagin (1954), Amrapali (1945) and Guide (1965) and was closely connected with the two other Anand brothers, Chetan and Vijay, shot this international project, after which he pictured several Dev Anand films like Hare Rama Hare Krishna (1971), Heera Panna (1973), Ishq Ishq Ishq (1974), Des Pardes (1978) to name a few.

The Evil Within was intended to kick-start Dev Anand’s long-cherished dream of an international career but there was something, which went amiss. Despite all the trappings of an espionage thriller, it failed miserably abroad. 20th Century Fox, which developed cold feet vis-à-vis the flop’s release in India distributed it. In the Philippines, it was shown in a dubbed Filipino version but didn’t make waves. However, at least a section of Dev Anand fans have managed to watch it on VHS and DVDs. The film had its share of controversies since its content was considered too bold due to its erotic scenes, leading to its ban by the Indian Film Censor Board.

Incidentally, The Evil Within co-starred Dev Anand and Zeenat Aman for the first time. Though seen in the brief role of Rita, the daughter of Judge Krishna, who is being hounded by Hanif, she falls in love with Dev Varma. In a chat with Zeenat Aman, I learnt that although hers was a brief part, she enjoyed shooting for a week within the environs of the Lake Palace Hotel in Udaipur. She also disclosed that by then she had already been finalized for Hare Rama Hare Krishna. The Evil Within was a trial run for her to get friendly with the camera. Although in a cameo, Zeenat Aman struck a tremendous screen presence. Dev Anand could immediately detect that she was a star in the making.

The Wikipedia synopsis is quite positive about the film, calling it, “A layered narrative; lots of shade of grey. A palace intrigue meets corporate mechanism of criminal enterprise to gain more profit. The police have their own orders and the organized crime division their own. All make deals to further their own cause.”

Today countless fans of Dev Anand and Zeenat Aman have watched this film since it has been uploaded on YouTube with an excellent print. It is certainly worth a dekko, even as a curiosity piece.