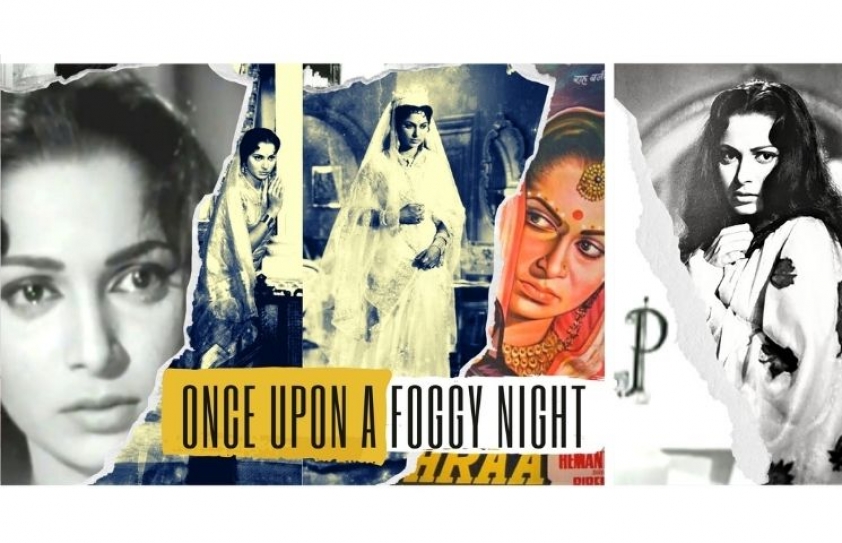 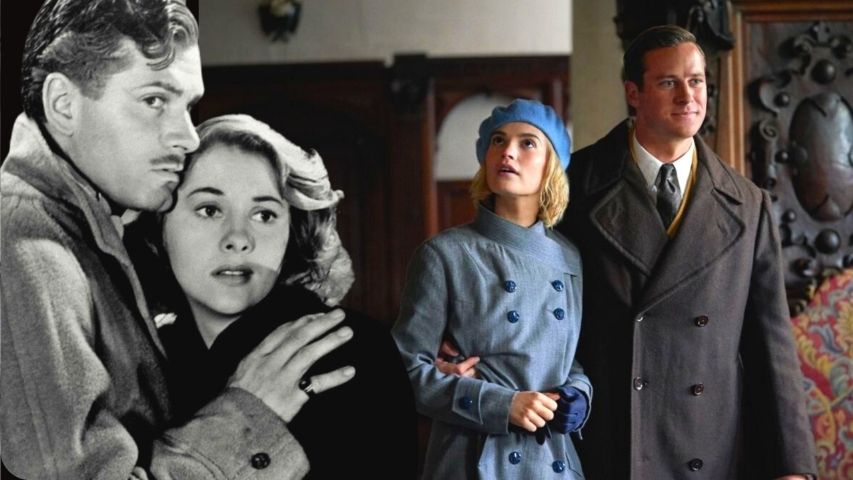 Kohraa, I have always felt, was way ahead of its time. One of the reasons it went under the cracks could be that it failed to make an impact on the box office. Cleared with an Adults Only certificate by the censors, my family was hesitant to let me watch it, as I was just about 12-year-old then.

When I saw the haunting song Jhoom Jhoom Dhalti Raat on Doordarshan’s Chhaya Geet program, I insisted on seeing Kohraa and must admit that it creeped me out. Seeing it recently all over again was an enjoyable experience and it left me wondering why this film didn’t do well. Right from the opening scene till the ‘The End’, I was absorbed in its story, which was adapted well for Indian audiences.

He ventured into direction under the banner of producer Hemant Kumar with the brilliant thriller Bees Saal Baad (1962), which was inspired from a Bengali play Jighansa (1951), based on Sir Arthur Conan Doyle’s third crime novel, The Hound of the Baskervilles. Nishithini Bivishika, a novel written by Hemant Kumar Roy, was also said to be an inspiration for the blockbuster.

After Bees Saal Baad, Biren Nag began his work for Kohraa, which repeated the successful pair of Waheeda Rehman and Biswajeet - he had established a reputation of a suspense film hero in Calcutta. His trademark trench coats and boots, with an errant curly lock of hair on his forehead had become a fad of sorts. His pencil thin moustache fetched him roles of the aristocratic thakurs and rajas.

From the very first reel, Kohraa evokes mystery: the impetuous Mrs Poonam Amit Singh is shown wearing the most flamboyant white dresses, gowns and saris, strewn about in a predominantly white room. She is shown stepping out of the bubble bath-tub into the shower while coming out and drying herself with a white towel monogrammed with a letter P. Next, she steps into a pair of white slippers and plonks herself in front of the dressing table, attired in a white sari and a white veil. Every thing in the huge room is well kept, personalized and monogrammed with her initial - P. 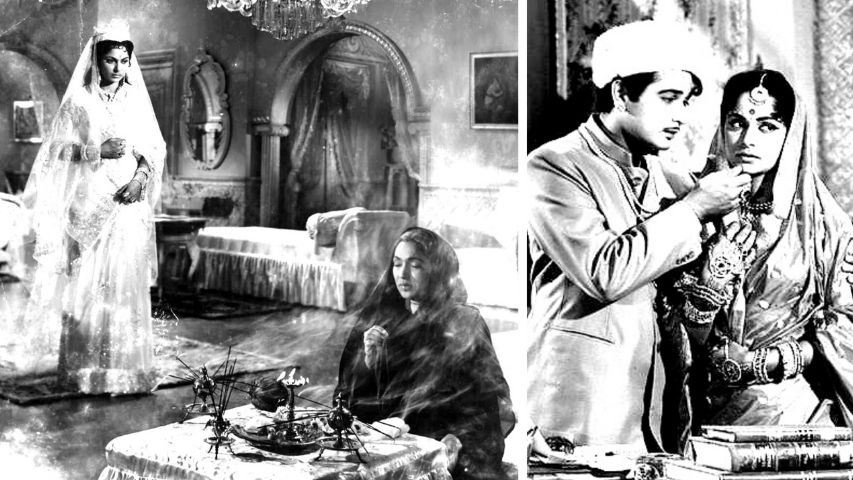 It is a dark foggy night when Poonam sets off towards her beach house. The household’s caretaker stops her because a storm seems to be brewing. She ignores his pleas. Poonam walks against the strong winds and rain, towards the beach house. Turbulent sea waves crash against the rocks. That’s the first time we hear the haunting melody Jhoom Jhoom Dhalti Raat Leke Chali Mujhe Apne Saath sung by Lata Mangeshkar. The song, which appears at different junctures, gives a sense of foreboding. Poonam is shown to mysteriously disappear. Her face is never revealed, adding to your curiosity and tension.

The focus of the story now shifts to an orphan, Rajeshwari, who is fed up of her troubled life and decides to end it. She is shown going towards the edge of a cliff to jump off but Raja Amar Singh, the widower from the estate of Pratapgadh, interrupts her suicide attempt. Love blossoms between the shy Rajeshwari and the sophisticated Raja to the tunes of O Beqarar Dil. Raja Amit Singh proposes to Rajeshwari and soon they get married.

Amit Singh takes his newly wedded wife to his estate to Pratapgadh. En route we hear another song written by Kaifi Azmi, Rah Bani Khud Manzil, which was shot in a car on a winding road of Mahableshwar. Rajeshwari is welcomed by a horde of servants and the mansion’s formidable caretaker, Dai Maa, who had served Amit’s earlier wife Poonam. Soon Amit becomes busy with his estate activities and Rajeshwari finds herself all alone in the huge imposing mansion. She is often inquisitive and asks the domestic helps, Jhumki and Ramu, about Poonam but every time the Dai Maa snootily interrupts her.

Rajeshwari finds herself nonplussed as various people from social institutions visit her, asking her for donations. Kamal Rai (a former paramour of Poonam) visits her too. She is a complete contrast to the former wife Poonam and is often irritable with the constant comparisons that are made with her and on one occasion in an attempt to escape the visitors, she accidentally lands up in Poonam’s room, which has been kept intact by the caretaker - a white room where everything is monogrammed with the initial P.

Raj feels envious and tries to make the P into an R with lipstick. A scene well enacted by Waheeda Rehman, the anguish, the insecurity, the possessiveness and the role of the second wife was well defined with emotive performance. Film lore has it that the set of Poonam’s white room was created at V. Shantaram’s Rajkamal Kalamandir Studio in Parel and had become the talk of the town due to its grandeur, attracting hordes of other filmmakers and set designers to have a dekko. 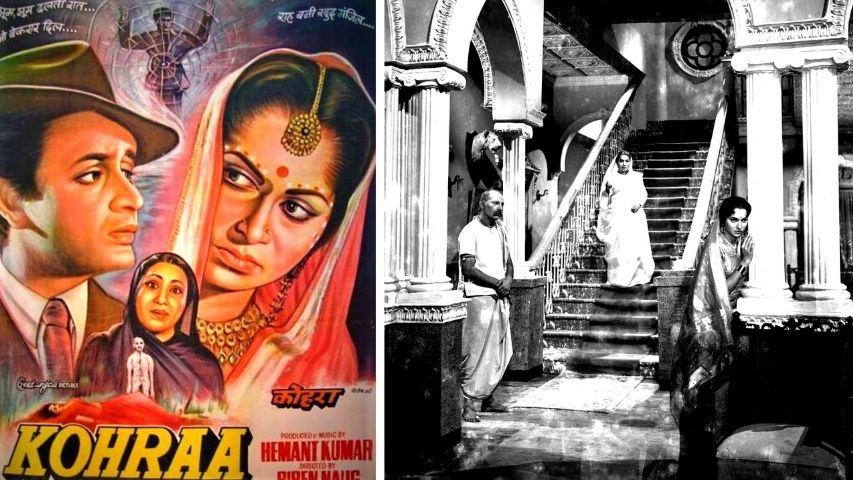 As the narrative proceeds, the lonely and baffled Rajeshwari takes solace in painting on the beach when suddenly Poonam’s pet dog Cherry, scampers towards an abandoned house. Rajeshwari follows the pet only to be frightened by a drunk and crazy Ramesh who is in the beach house, which is in shambles, whereas earlier it was often used by Poonam to conduct her illicit liaisons. Next: Amit tells Rajeshwari to be all dressed up for a special evening he has in mind for them and leaves for work. Rajeshwari is thrilled but can’t select a proper outfit for the occasion. At the Dai Maa’s intervention, she dresses up exactly like Poonam in a white sari and a white veil and diamonds.

However, Amit is terribly agitated on seeing Rajeshwari dressed up like his first wife and leaves the house in a huff. Rajeshwari blames Dai Maa for misguiding her and trying to create a rift in their marriage. She enters Poonam’s room in a huff and goes through a supernatural experience. She senses Poonam’s presence and sees her shadow hovering around her and the imperial mansion. Here we once again hear the song Jhoom Jhoom Dhalti Raat. In her stupor, Rajeshwari reaches the edge of the terrace and is about to plunge to her death when in the nick of time Amit who hugs her tightly saves her.

Amit realizes that he has been neglecting Rajeshwari, and tries to woo her with the memorable romantic number Ye Nayan Dare Dare, sung and composed by Hemant Kumar. Years later Lata Mangeshkar rendered this evocative song in the album Shraddhanjali, as a tribute to Hemant Kumar. Ghazal king Jagjit Singh also loved the song and interpreted it in his own style. The song remains a landmark, just like Lag Jaa Gale from Woh Kaun Thi.

The screenplay gradually moves towards a courtroom drama. Shocking secrets are revealed about Poonam’s mysterious disappearance. Amit confesses to the murder of Poonam but there is more to the spine-chilling tale. More suspects seem to be involved in the murder, which ends with an intense climax. 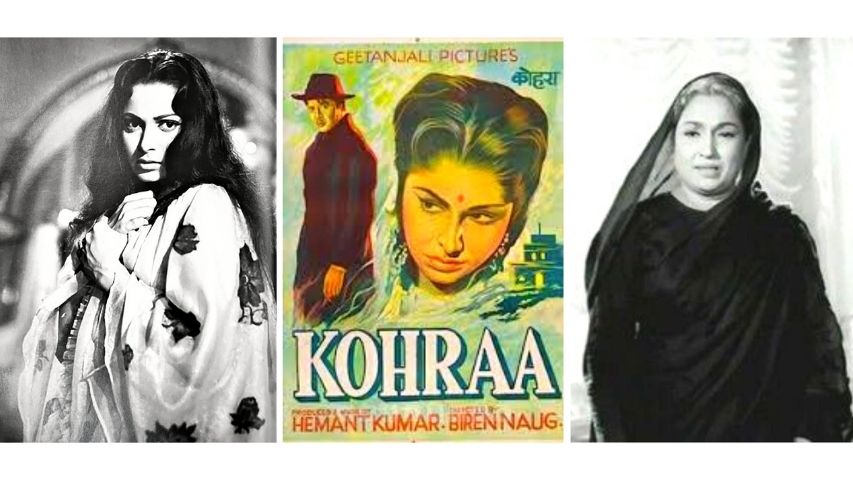 Besides Biswajeet and Waheeda Rehman, Kohraa primarily belonged to Dai Maa played excellently by Lalita Pawar. As the intimidating caretaker she was implacable and invincible. The scene, in which Rajeshwari is sleeping and suddenly sees the Dai Maa next to her bedside, sends shudders up the spine. Other actors like Tarun Bose, Chand Usmani, Madan Puri, Asit Sen, Badri Prasad, Manmohan Krishna and Abhi Bhattacharya have their moments but by and large, Kohraa belongs to the three main characters. Needless to say, the film’s music score is imperishable.

The main plot of Kohraa was retreaded by actor-director Ananth Mahadevan for his film Anamika (2008) - it starred Minissha Lamba, Dino Morea and Koena Mitra but it failed to generate curiosity as the film based in Rajasthan lacked the required quotients of mystery and suspense.

Incidentally, Kohraa was initially titled as Sharmila and it was to star Bengali cinema’s superstar Uttam Kumar with Waheeda Rehman. The project was announced immediately after the success of Bees Saal Baad. But it seems Uttam Kumar developed cold feet and backed out of the project, which would have marked his debut in Hindi cinema.

Biswajeet disclosed the identity of the mysterious woman, Poonam Amit Singh, whose face was never revealed, 50 years after the release of the film in an interview. The mystery woman was Thelma – an Anglo-Indian actress who did bit roles.

Kohraa had every element of an entertainer: a first-rate plot, credible performances, throb and suspense - and chart-busting music. Perhaps it didn’t fare well as it could have because it was compared unfavorably with Bees Saal Baad. Still, how I wish someone would remake Kohraa all over again because its story is timeless.