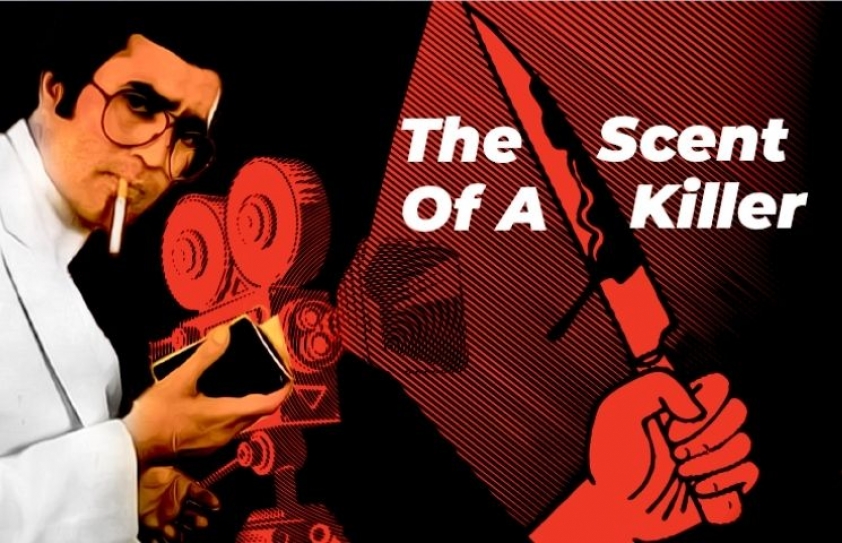 Film historian Dhruv Somani, revisits Rajesh Khanna’s slasher film Red Rose, which was a flop on its release in 1980 but commands a cult following today.

When producer M.P Jain decided to get into production, with the financial involvement of Mr. G.N. Shah who was his godfather, he played safe by opting for a remake the very successful Tamil film Sigappu Rojakkal, directed by Bharathi Rajaa, starring Kamal Hassan and Sridevi. The remake was titled Red Rose (1980).

Bharathi Rajaa was signed to direct the Hindi version. The actors chosen were Rajesh Khanna opposite a relative newcomer then, Poonam Dhillon along with Om Shivpuri, Aruna Irani, Padmini Kapila, Satyen Kappu, Shammi and Roopesh Kumar.  R.D. Burman was the music director.

Around then, superstar Rajesh Khanna was going through a low phase. Yet he was a star and was game to experiment with roles. This was an era when mainstream actors shied away from horror and paranormal films. Nevertheless, Rajesh Khanna had acted in Ittefaq (1969), Mehbooba (1976), Phir Wahi Raat (1980), Kudrat (1981), Woh Phir Aayeegi (1988) and Om (1990), with the Ramsay Brothers, which was shelved. These films were based on reincarnation, horror and suspense. Red Rose was the boldest subject he ever attempted since it went against his romantic image.

The film was loosely based on the case of the serial killer Raman Raghav in the 1960s.  Khanna played a psychotic killer, Anand, who preys on young women, luring them into his web of lies and deceit and then murdering them. He plays a misogynist, a sexual predator, whom society unknowingly respects due to his money power. He stays alone in a huge mansion and runs his business of ‘Export India’. He’s rather finicky about his wardrobe, which is decided according to the day of the week. He loves the color red and particularly red roses. It is evident in the film that Anand is targeting certain kind of women who wear skimpy costumes, are flirtatious, smoke and read risqué novels. Rajesh Khanna plays the savvy businessman with swag, hamming his way through most of the film. Poonam Dhillon looks every bit of her character of Sharda, a wide-eyed naïve young woman. Aruna Irani and Padmini Kapila are depicted as daring women, willing to take risks to be drawn to a famous rich man to fulfill their dreams and enjoy life. Om Shivpuri as a gardener evokes a certain creepiness and fear with his strange antics.

Anand accidentally sees a young woman, Sharda, and follows her to Roop Saagar Clothing Store, where she works at the handkerchief counter. Soon he manages to woo her, she’s charmed and falls in love with him. He proposes to her since she refuses to sleep with him before marriage. Next: the new bride is shown around the mansion only for her to discover the deep and dark secrets there. She also sees the guesthouse where Anand’s ex-convict father has been kept locked up.

The first half of the film manages to look like a thriller but the second-half turns into a Gothic drama with a time lapse of a white rose turning into a bloody red rose and an eerie background score. A black cat traipsing around on a piano, a dangling skeleton, a hand of a dead woman sticking out of the mud on a rainy night and a mysterious gardener who uses dead animals as manure for his rose garden add to the spooky ambience. And the symbol of the red rose is excessively used.

The Hindi version was filmed smoothly, within a record time of four months, with the cooperation of Rajesh Khanna who was very excited about the project. In Bollywood, the expectations were sky-high before its release. But the producers were unaware of the nightmare awaiting them. M.P. Jain had applied for an ‘Adults Only’ certificate but the censors wanted to ban the film altogether. No specific reasons were given to the producer, except that women had been humiliated in the film and it was too gruesome to be seen by the Indian audiences. Jain pleaded that Red Rose delved into the mind of a cold-blooded killer and the murders were implied rather than shown graphically. It was pointed out that discrimination was being made between different states of the country: the Tamil and Telugu versions were passed without any trouble - if audiences in South India could see the film, why not the Hindi-knowing public?

The censors were adamant: Rajesh Khanna was always shown wearing a red rose on his suits. The red rose then symbolized Pandit Jawaharlal Nehru who was known to always wear one was a reason given by the censor board committee.  Stymied, Jain submitted the film to the Revising Committee, which again thumbed down the film. The producer, then, approached the Ministry of Information and Broadcasting whose members were known to have liberal views. Finally, after a delay of about a month Red Rose was cleared.

The film had only two romantic songs by R.D. Burman: Tere Bin Jeena Kya and Kiski Saadayen Mujhko Bulaayen sung by Kishore Kumar and Asha Bhosle, which were fabulous. There was also mood-enhancing title music by Pancham, which he re-used later for Qayamat (1983). Hence, only EP vinyls were released at the stores. In today’s grey market, it is a rare collectible.

Initially, Sanjeev Kumar had been approached for the main role but eventually Rajesh Khanna was finalized.  Sridevi was to enact the leading lady but Rajesh Khanna prevailed upon the producers to pencil in Poonam Dhillon. It is believed that the superstar had noticed Poonam Dhillon at one of his shoots when she was barely 13. He called her from the crowd and complimented her beautiful eyes. Red Rose was her first film opposite Rajesh Khanna. 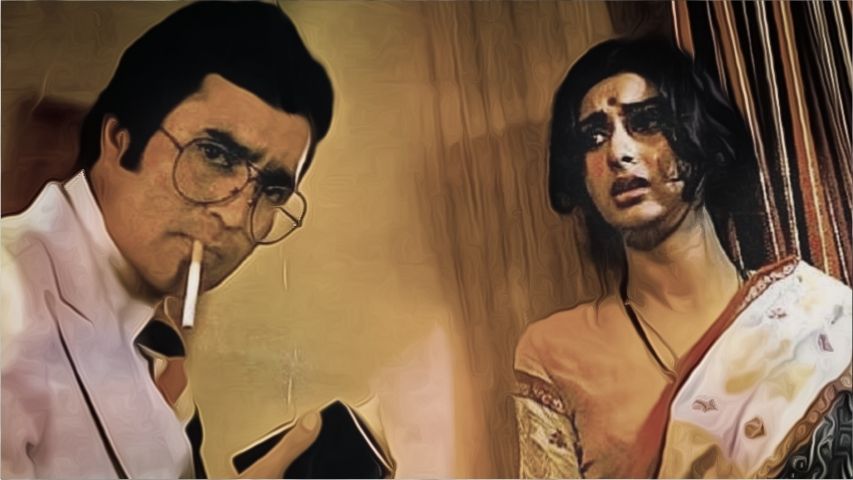 Poonam Dhillon was furious with the producers. She had posed in a bathtub for some stills. These were used in the publicity posters and hoardings even though the scene wasn’t in the film. For the first time in the history of Indian cinema, the trailer of Red Rose was given ‘A’ certificate.

Padmini Kapila who was a huge fan of Rajesh Khanna had signed a spy flick titled 007 opposite him in the late 1970. Unfortunately after shooting a few reels the project was shelved. Years later, even though the role was small she grabbed the offer to work with him in Red Rose. Kamal Hassan was keen to be in the Hindi version but wasn’t fluent in the language.  He was unhappy after seeing the remake and went on record to express his dismay. By the way, all appreciated Rajesh Khanna’s suits, styling and overall look with glasses, and he went on to model for Fabina Suitings & Shirtings.

Even though the film was for ‘Adults Only’ I remember watching Red Rose on video with some friends at home. It gave me sleepless nights, especially because of the scene showing a hand emerging from the mud on a stormy night. Be that as it may, Red Rose failed to create wonders at the ticket counters.

Hrishikesh Mukherjee’s Anand (1971) had majorly boosted Khanna’s career in the title role. Here he played Anand again, a complete contrast to his unforgettable role as a terminally ill patient. The Anand here was ruthless, he relished killing until he meets Sharda who changes his life. It was impossible for viewers to accept one of the most romantic heroes as a psychopath murderer. While the Tamil original was a major hit, the Hindi one was a box office calamity.

That said, today Red Rose is considered a film ahead of its times and commands a cult fan following. A question of changing times and tastes perhaps.