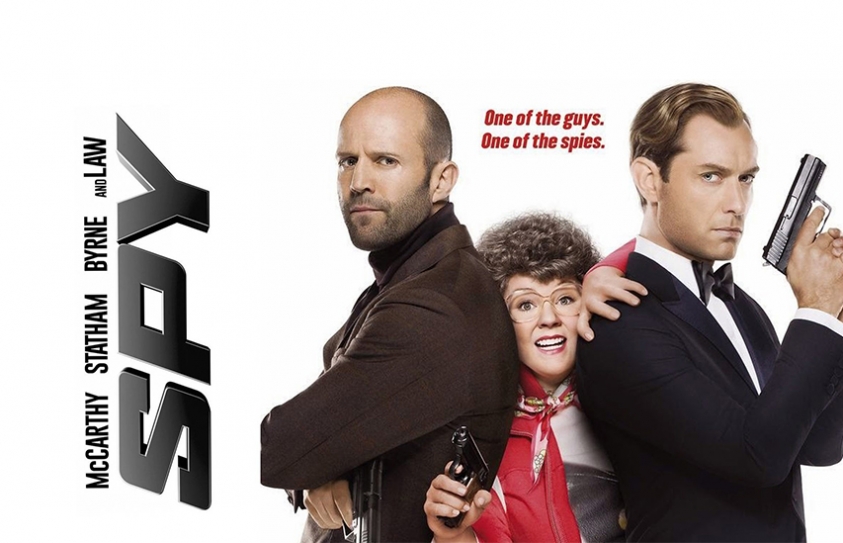 Susan Cooper (Melissa McCarthy) is CIA agent Bradley Fine’s (Jude Law, ‘fine’ indeed) eyes that survey the field as he swoops, tackles and glides between an elegant gathering and an international conspiracy.
The opening sets the tone – funny, subversive and reminiscent of Get Smart. The title cards are of the typical James Bond variety with combative silhouettes, sleek transitions and a light-dotted world map. As per the demands of the genre and the screenplay, we get to jet-set to some of the locations.
A bungled mission and compromised identities later, Susan volunteers to become a field agent in order to keep an eye on Sergio De Luca, the middleman in a crucial nuclear arms deal. She ‘volunteers’ because she is an unlikely choice by any standard. Her undercover identity is crummy (“I look like someone’s homophobic aunt!), her accommodations more so (“looks like they put you in the Shitz Skullton”).
To top it all, she has to endure Agent Rick Ford (Jason Statham, self-referential and self-parodying), who is all up in her business and a veritable loose cannon. He is a superspy who details his endurance in cocky monologues, giving the film some of its best moments. The character deserves its own spin-off series, if not a bigger role in sequels (if any) to come. 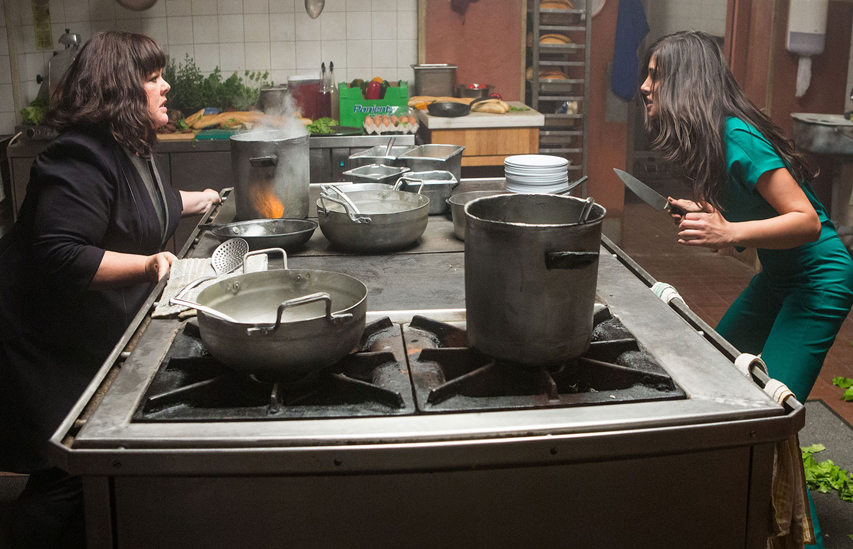 Nargis Fakhri features in a brief cameo as a sleek vamp, the introduction almost blink-and-miss if you are not paying attention. 50 Cent also ghosts by, terrified and tangled in the espionage fracas though barely there.
The A-listers do not get much ground in Spy. Essentially, the film is an out-and-out Melissa McCarthy vehicle, which she pulls off splendidly. It is not only a triumph of writing but of performance to have an ungainly heroine take sinister cartels and fare better than the bonier agents in missions.
Rose Byrne as the snobby arms dealer Rayna Boyanov and Miranda Hurt as Nancy, the awkward, asthmatic Brit assistant get the next big share of the pie.

Spy deserves a watch and due credit for gender-bending and steering away from awful stereotypes, most mercifully from the ‘fat jokes’.
It may not have the class and kick-ass that Kingsman brought to the table but the film is sassy, poker-faced, delightfully spoofy and some surprising doses of gore. By itself, it is engaging and has panache, without making an excessively feminist twang. You want bare-knuckled action, you will get it.