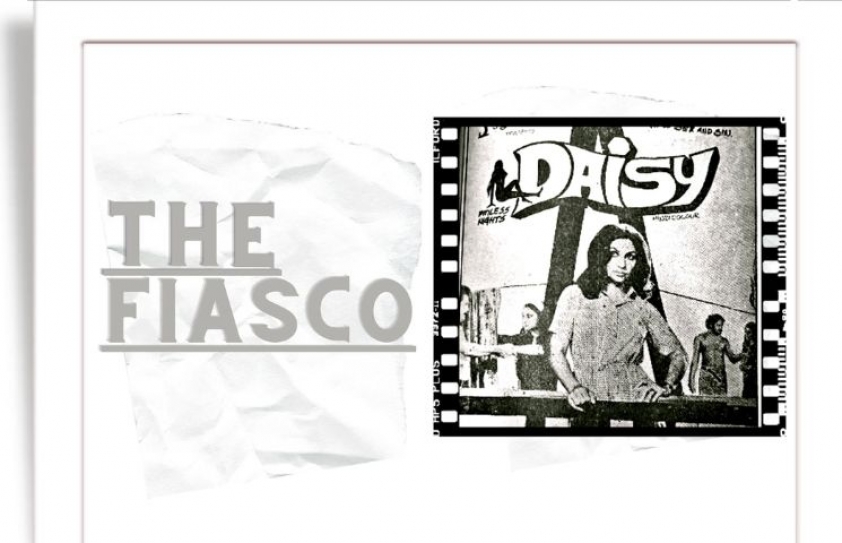 Film historian Dhruv Somani flashbacks to the furore, which erupted over Sharmila Tagore’s Malayalam film (1979). Dubbed in Hindi as Daisy, it was suspected to have incorporated objectionable scenes.

Some films are purposely made to draw attention, screaming controversy from day one, while some films raise a hurly-burly inadvertently. It all depends on the pattern of announcements and publicity.

A film by Sashilal Nair, Ek Chhotisi Love Story (2002), inspired by the Polish film A Short Film About Love by the eminent director Krzysztof Kieslowski, was announced with Manisha Koirala and Aditya Seal. However, it was publicised as an adult film, because of sexually explicit scenes shot on a body double. Manisha Koirala tried to argue for a ban on the film but lost the case. There have been many such instances in the past: the leading actor or actress has regretted being a part of a project, which sought to exploit them. One such incident circa the 1980s was the Daisy controversy.

When the first announcement appeared in the trade guides and the Screen Weekly about Sharmila Tagore appearing in a Malayalam film, Bollywood was surprised. Those days it was believed that only stars whose careers were on a downward slope would look South to keep their careers alive.

The critics were more tolerant in those days and more so for Sharmila Tagore because she was blunt enough to openly admit that her career was not what it used to be. She was a top star of her era but even the most in-demand stars face a career slump. She was interested in working after she had become a mother to three kids and was in search of meaningful roles.

The film Chuvanna Chirakukal (1979), directed by N.Sankaran Nair, was construed to be a meaningful one since La Tagore was participating in it. She seemed to be charged up and gave the producers instant dates for the film planned as a start-to-finish schedule.

It was when the first advertisements appeared that hell broke loose. The name of the film appeared as Daisy with the tagline ‘Her Pitiless Nights’. The posters showed Sharmila Tagore somewhat reminiscent of the infamous poster of Chetna (1970) starring Rehana Sultan.

The film, after flopping majorly in the South, Chuvanna Chirukukal, meaning Red Wings, was soon on its way to Bombay. The filmmakers wanted to dub it in Hindi to cash in on the image and credibility of their leading star who was highly respected in Bollywood. Sharmila was criticized mercilessly.

One of Sharmila’s most ardent rivals commented, “We all know Rinku was keen to continue working in the films, but there should be a limit on how far to go.” What had made her sign this film? Has the money been too much of a temptation? Or was this a way of shocking her fans or staying in the news? 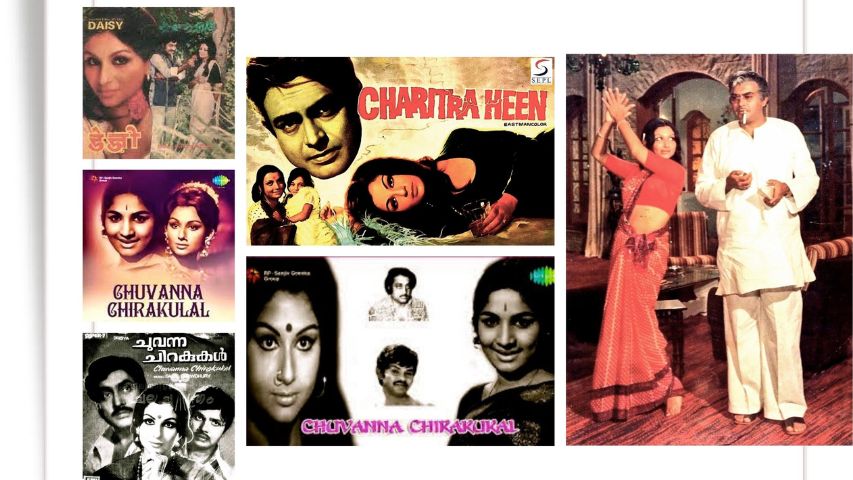 Sharmila Tagore was brave enough to come in the open and clear the air about the fiasco. “I was taken for a ride,” stated the graceful star, adding, “The producer was introduced to me by Basu Bhattacharya and Salil Chowdhary. I have always had full faith in Basuda and Salilda, so there was no sign of any hanky panky. It was a strong role drawn from the American TV series, 79 Park Avenue (1977), based on a novel by Harold Robbins. Even though they were not paying much I was keen to do the film as it was a good role and there were other stars like Jayan, Jayabharathi, M.G. Soman and Sukumari.”

According to Sharmila Tagore, the shooting had progressed smoothly enough, despite the fact that because of delays she had to allocate more dates. It was to be a 15-day shoot, which dragged on for about a month. “Not that it worried me as I have always given my 100 percent to all my projects,” she said. “Once the producer was rude though, as one day he told me that Zarina Wahab had shot for us for another film from morning till past 2 at night. I simply brushed him off saying Zarina is different and so am I. I slogged day in and day out to complete my commitment.”

When the shooting was over, that was the last its heroine heard of Chuvanna Chirakukal. The producers kept no contact with her nor showed her the trial of the completed project. When the film flopped in the South, the leading actress forgot about it as a terrible nightmare and moved on.

But behind her back, the producers had panicked and dubbed it in Hindi for an all-India release. Moreover, a dubbing artist had done the Hindi dubbing. The title was changed to Daisy. She was busy shooting in Bombay for Manmohan Desai’s Desh Premee (1982) with Amitabh Bachchan, Hema Malini, Navin Nischol and Parveen Babi when one of his chief assistants, Anil, asked about her upcoming film Daisy, which had been advertised in the trade magazines. Sharmila was aghast. She felt cheated and asked her lawyers to get an injunction on the release of Daisy. Another shock came her way: her lawyers pointed out that she didn’t have a proper contract with the filmmakers to take any such action.

The next question arose: Did the film really have bold scenes or so the rumours has claimed? Since she had not seen the film, she could not ascertain whether or not a body double was used to insert prurient scenes. “I did not feel that the film was ‘hot’ at least not in any way when I acted in it,” she said. “There were definitely a couple of scenes, which could be termed as sexy. But I had enacted similar scenes in my earlier films, which too had adult themes like Charitraheen (1974) and Mausam (1975) for which I had essayed the role of a sex worker. I was a mother even then, it finally all depends on how the scene is portrayed.”

However, since she was not familiar with the Malayalam language, she could not guarantee that her dialogue hadn’t been obscene or crude. Her acquaintance, who could understand the local language on the sets, would have surely stopped her if there was anything wrong.

Meanwhile, Basu Bhattacharya was puzzled. The tabloids were after him to comment so as to involve him in the blame game. How could you have been a party to such a betrayal of a popular heroine, he was asked again and again. Moreover, since Sharmila Tagore had always appreciated him as a director and worked with him in Aavishkar (1974) and Grihapravesh (1979), Basuda remained calm and said that the producer seemed to be a decent man. When he was on a look-out for an actress to do his Malayalam film, he had suggested Sharmila’s name, that’s all. He supported his heroine throughout the fiasco.

At the end of her tether, the tigress roared, as enough had been said and blown out of proportion. The film’s Hindi version had not been sold and she did manage to take an injunction. The case was clearly in her favor. Had the film been bought by distributors, then it would have become difficult to stop its release. Eventually, La Tagore won hands down while Daisy still wilts away somewhere in the cans.