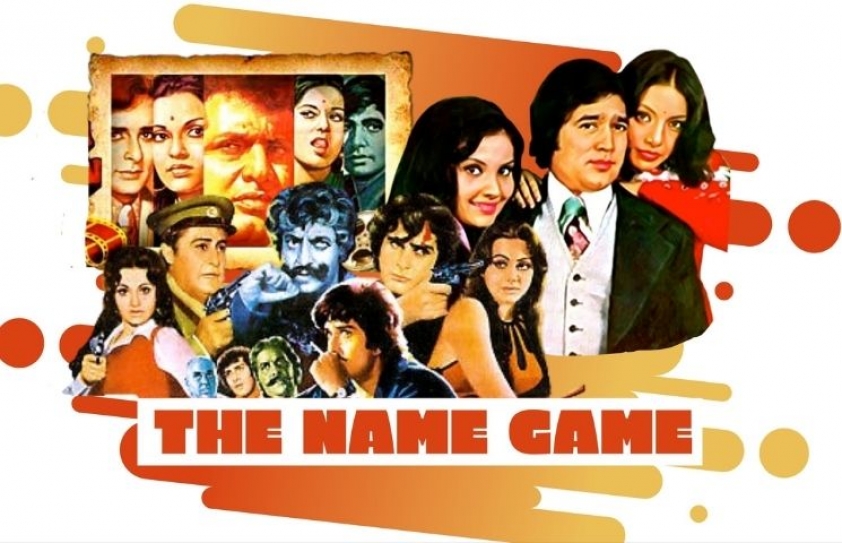 Believe me, there are hazards galore in making a film with a galaxy of big-name movie stars. And here I’m alluding specially to the swinging 1970s when Amitabh Bachchan was the numero uno superstar – erasing the monarchical reign of Rajesh Khanna.

Alongside Big B, there were the audience’s favorites Dharmendra, Vinod Khanna, Sanjeev Kumar, Shashi Kapoor, Rishi Kapoor, Amjad Khan, Zeenat Aman, Hema Malini, Raakhee Gulzar, Rekha, Parveen Babi and Neetu Singh. Multi-starrers had become the flavor of the season. The dictum was the more the merrier at the ticket windows.

Once established as the supremo, the name of Amitabh Bachchan occupied top billing on the credit titles and on the ancillary publicity material like billboards and posters. Next came Sanjeev Kumar since he was rated a bankable, versatile actor. Quite sportingly, he would agree to take second place on the billing front.

I would wonder who came next, Dharmendra, Vinod Khanna or Shashi Kapoor? Dharmendra and Vinod for their macho mass appeal, while Shashi was respected for his classy westernized élan and seniority.

Indeed, filmmakers faced a dilemma when it came to satisfying the status conscious stars. This ego hassle continues to date but it’s not quite in the same league of the placement problem of yesteryear. 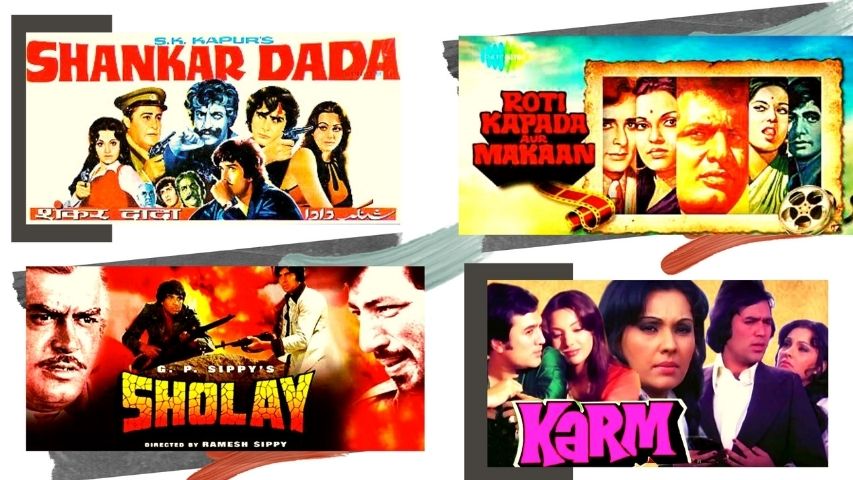 Classically, star billing refers to the gradation of stars on the advertisement ‘bill’, as well as the film’s credit titles, and has to be finalized before the commencement of any high-profile project. It seems the only actor who didn’t care about his ranking was none other than the thespian Ashok Kumar aka Dadamoni. Yet without him asking for it, he always received top billing, a privilege that was also reserved for Dilip Kumar.

In the early years of Hindi cinema - right from the silent era to the advent of the talkies - billing was no big deal. The issue began with the multi-starrers. It was always the male leads who got top billing followed by the heroines since they were treated as secondary in the male-dominated industry. Of course, there were exceptions. Nargis got top billing for Mother India (1957), of course, and Raat Aur Din. In fact, recently I was stumped on coming across the poster of Amardeep (1979), in which the powerhouse actress Shabana Azmi occupied the third slot after Rajesh Khanna and Vinod Mehra.

Cut back to actor-cum- director Manoj Kumar’s star-crammed Roti Kapda Aur Makaan (1974). Amitabh Bachchan had not yet become the kind of major force, which he eventually did, but Zanjeer (1973) had been released. He had accumulated a larger fan base than Shashi Kapoor and hence there was certain awkwardness. Manoj Kumar sorted the situation by simply adding, ‘Above All Shashi Kapoor’ while giving higher billing to Amitabh. Similarly, when Bachchan and Sanjeev Kumar worked together in a project, the latter was given the tag of - above all. So what’s in a couple of extra words, really?

Discounted prices in accordance with star appearance, guest, special and friendly appearances, became a norm the 1970s and ‘80s. The crowd-pleasing director Raj Kumar Kohli had an arduous time with such multi-starrers as Nagin, Jaani Dushman, Badle ki Aag, and Raj Tilak. 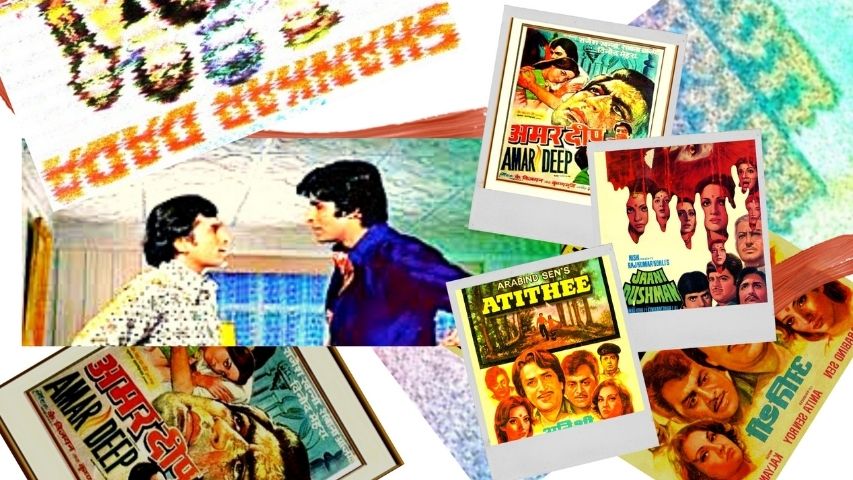 In fact, Jaani Dushman features as many as seven actors and 12 actresses in lead roles. Most of them were billed as special appearances or guest appearances in the credits. Raj Kumar Kohli would credit Jeetendra as ‘above all’. Believe it or not, Jeetendra and Sanjeev Kumar would consider this tag as lucky since frequently this resulted in super hits. Kohli did have a tough time in the course of Nagin; brothers Feroz and Sanjay Khan demanded higher billing than the other.

Gratifyingly, many stars were quite professional and unfussy about the billing status but their managers would tend to interfere since the credit placement would affect a star’s market equity. Example: Shankar Dada in which Shashi Kapoor and Pran received equal billing.

Pran felt he was senior while Shashi Kapoor argued through his business manager that he was playing the title role. Some bargaining went on behind the scenes, and Shashi Kapoor was shocked out of his wits when he was informed that he was playing Dada and Pran was enacting the part of Shankar. He threatened to quit the project unless he was given top billing and in the climax scene was allowed to say that he was ‘the daadon ka dada’.

Even when his superstardom was on the wane, Rajesh Khanna’s name continued to preside over other stars, as in Maqsad, Dil-e-Nadaan, Jaani Dost, Amardeep, Kudrat, Dhanwan and Rajput to name a few.

Vis-à-vis heroines, they too had their tiffs and differences with the filmmakers. In Atithee, Shabana Azmi received higher billing over Vidya Sinha. The latter seemed to get even with her later as she snagged the higher billing in B.R. Chopra’s Karm, co-starring Rajesh Khanna and Shabana Azmi. Her logic was that she was more senior having debuted in Rajniganda; so what if it was in the same year, 1974, when Shabana made a sudden impact with Ankur.

Rajshree Productions avoided confrontations as a matter of policy. The banner came up with a novel idea in Maine Pyar Kiya, in which the credits ‘introduced’ Bhagyashree while Salman was placed second since he had already done a brief role in the Rekha starrer Biwi Ho Toh Aisi. In Hum Aapke Hain Kaun..!, the credits led with Salman Khan while ‘presenting’ Madhuri Dixit.

To revert to the heroines, Asha Parekh often topped the credits over the males, when she became known as: The Hit Girl. Evidence; her name came above that of Jeetendra and Shashi Kapoor in Caravan and Pyar ka Mausam respectively.

Zeenat Aman was given higher billing than the debutants Deepak Parashar and Raj Babbar in Insaaf Ka Tarazu, and over Mithun Chakraborty in Yaadon ki Kasam and Humse Hai Zamana.

In more recent years, Shah Rukh Khan made it a point to give the heroine Deepika Padukon, the top billing - starting with Chennai Express. And, similarly so with Anushka Sharma in Jab Harry Met Sejal - a sign perhaps that the billing dilemma is changing slowly but steadily.