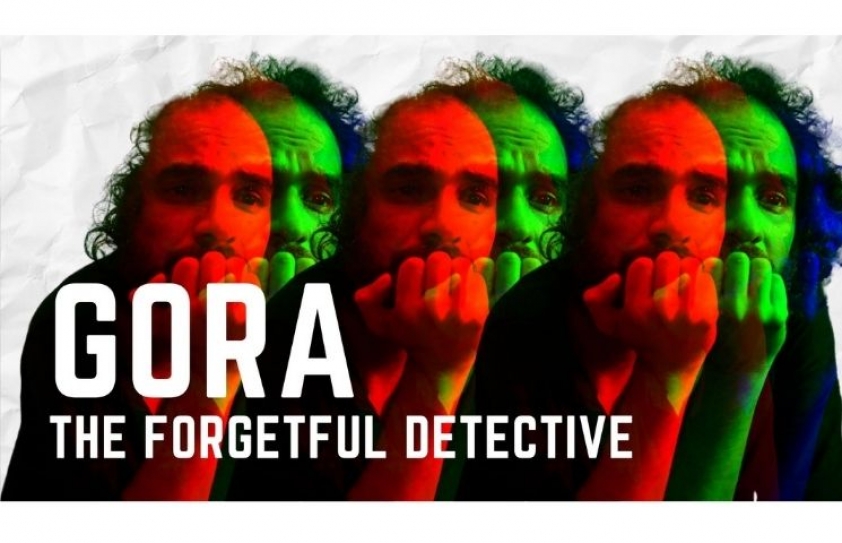 Hoichoi’s first offering of the New Year is a Ritwick Chakraborty show all the way, writes Shantanu Ray Choudhuri

Move over Feluda and Byomkesh. There’s a new ‘defective’, err… detective in town: Gaurav Sen, aka Gora. A private eye unlike all the super sleuths we have known.

Here’s one who can barely remember a name, not just his client’s but almost everyone around him. As his Watson, his assistant Sarathi (Suhotra Mukhopadhyay), tells someone when Gora (Ritwick Chakraborty) asks for her name: ‘Jakhushi bolte paren – mone rakte parbe na’ (Any name will do - he won’t remember anyway). Here’s one who is so forgetful that he can barely keep track of his clues unless he sings them aloud in a voice that’s so out of key that Sarathi likens it to something akin to a police third-degree treatment. And he prides himself on being a serial-killer specialist.

Three well-known writers are brutally murdered. They have been repeatedly stabbed with a fountain pen nib, their teeth extracted and gums grotesquely stuffed with the nibs. (What’s with writer Sahana Dutta’s fascination for the morbid and the monstrous, as evidenced time and again in works like Mohomaya and Indu?)

There’s a Facebook scandal involving a young female writer a few years ago. And another side mystery: a sleepwalking woman, Somlata (Ishaa Saha), who announces herself to Gora, fearful that she will end up murdering someone in her somnambulist state.

This second strand seems to exist in a limbo without really calling for Gora’s intervention or having anything to do with the main mystery, but there are indications of something brewing in a second season.

Though neither the main course nor the side dish quite pass muster in terms of a detective/mystery narrative - thankfully, the individual episodes span no more than twenty minutes each so don’t tax you. What Ritwick Chakraborty, one of the finest actors in the Bengali film industry, brings to the table, makes the meal just about palatable. 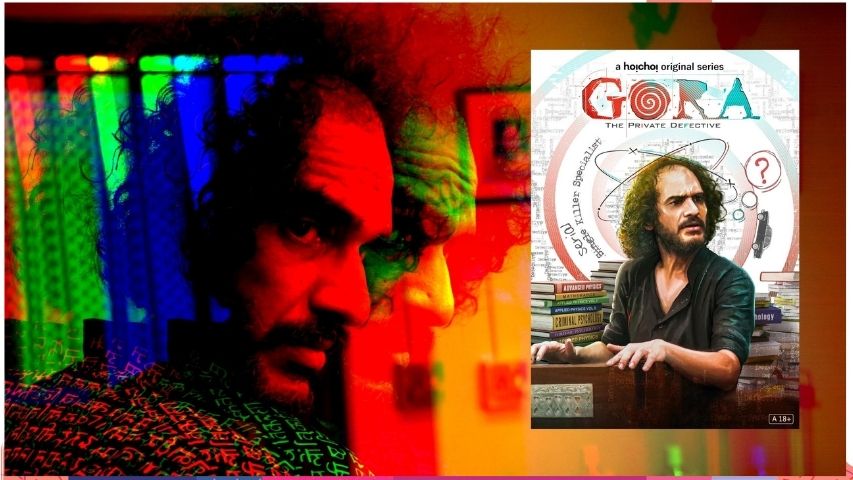 As an actor, Ritwick has always brilliantly underplayed his characters - be it in such offbeat roles as in Kaushik Ganguly’s Shabdo (2012) and Nagarkritan (2019), Pradipta Bhattacharya’s Rajlokhi O Srikanto (2019) or the more mainstream ones like the twisted killer in Srijit Mukherji’s Vinci Da (2019). There’s something about his screen presence that draws your attention even when facing bigger stars like, say, a Prosenjit in Jyesthoputra (2019). The Hindi film star equivalent would be Irrfan Khan. Like Irrfan did, there’s a certain understated quirkiness Ritwick brings to his portrayals.

It’s his eccentricity that Ritwick channelizes in Gora, while jettisoning the low-key approach that has thus far been characteristic of him. The series almost shamelessly mines the offhanded acerbity that he brings to his roles and puts that center-stage. For those who have watched Ritwick, this is the one performance where he is actually playing to the gallery both in the way his look is styled and in terms of the characterization. It’s not anywhere near his best, but he is so good an actor that he makes it work - well almost.

Gora’s forgetfulness ensures there are infinite iterations of names that Sarathi (rather well played by Suhotra) has to keep reminding him of. If the joke does not pall beyond the first few times, it’s because of what the actor does with this quirk. Or consider the sequence where he gets a call. He responds, ‘Ke bolchhen?’ (Who’s speaking?) There’s no answer from the other end. So he follows it up with, ‘Ke bolchhen na?’ (Who isn’t speaking?). In the hands of any other actor, the exchange would have fallen flat. With Ritwick, you chuckle despite yourself, as you do for most of the outing.

If early indications of the series’ popularity is anything to go by, Ritwick’s debut outing on an OTT platform might just ensure the stardom that has eluded this exceptional actor on the big screen. There are possibly few writers/filmmakers in Bengal who can offer something that can challenge the actor in Ritwick (for that you have to fall back on something like Atanu Ghosh’s Binisutoy). Thankfully, for the poor viewer, he is at hand to put across this poorly written and hare-brained show. That and the fact that this isn’t another Feluda or Byomkesh show alone, make it worth a look.