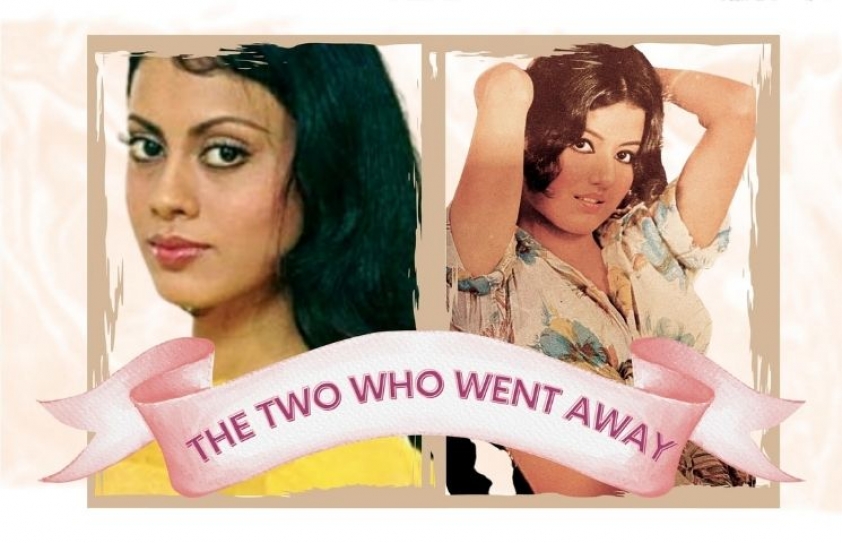 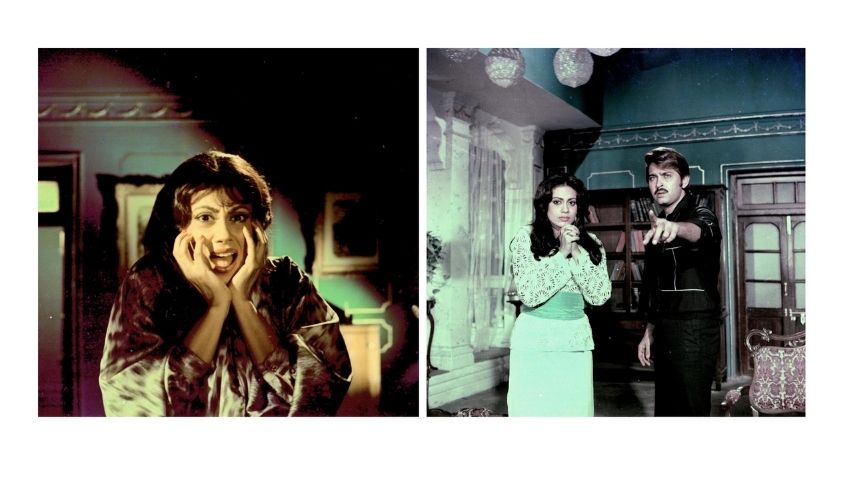 Born in Calcutta, she moved to Bombay at an early age with her family at the invitation of her maternal aunt Anita Guha (most famously known for Jai Santoshi Maa). Inspired by her aunt, she began learning traditional forms of dance, which would become one of her prime assets in the future. Simultaneously, she continued her studies at a Borivli convent.

On growing up, she applied for the Miss India contest and to her surprise she was selected and crowned Miss India World 1971 and participated that year in the Miss World pageant in London.

On her return, she was approached by Mahesh Bhatt for his debut film Manzilein Aur Bhi Hai (1974) opposite Kabir Bedi, Gulshan Arora and Helen. Other films followed in the same year: My Friend, Mere Saath Chal, Ang Se Ang Lagale, Maa Bahen Aur Biwi and the thriller Jab Andhera Hota Hai. She played a diverse range of characters and was especially applauded for her performance in the comedy Ponga Pandit (1975) co-starring Randhir Kapoor, Neeta Mehta and Danny Denzongpa.

Since she never aspired to play only heroine roles, Prema played a key character part in Amanush (1975) starring Uttam Kumar and Sharmila Tagore, which fetched her a Filmfare nomination for Best Supporting Actress. She continued to explore unconventional roles in Naagin (1976), Aafat (1977), Ghar (1978), and Barsaat Ki Ek Raat (1981) in the company of Amitabh Bachchan, shaking a leg with him in the song Manchali O Manchali. 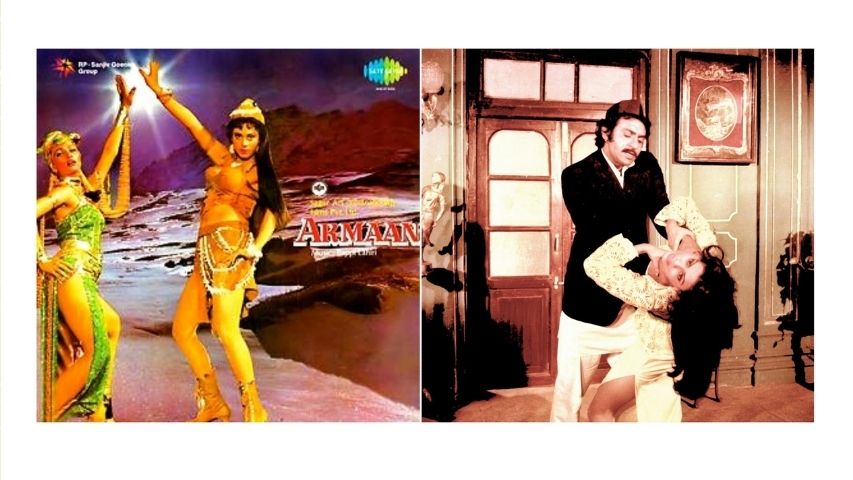 Her training in Bharatanatyam and Kathak gave her the edge. Audiences clapped and wolf whistled to her dance moves in songs like Leena O Leena (Swarg Narak 1978), Aaja Tujhe Sunao (Mangalsutra 1981), Tere Jaisa Pyara Koi Nahin (Hotel 1981), Ramba Ho Samba Ho and Aa Meri Jaisi Haseena (Armaan 1981) along with Kalpana Iyer, and Aaj Qayamat Ho Gayee (Qayamat 1983). Moreover, she made an impact with her portrayal of the courtesan Bismillah in Umrao Jaan (1981), which was an opportunity to work and dance with Rekha.

She continued acting till 1999, and was last seen in a film Ye Basti Badmashon Ki.  After that, she married a lawyer from Bombay and today is settled with her two children. Fans like me continue to search for her whereabouts but have failed. Evidently, she prefers to lead her life away from the limelight. 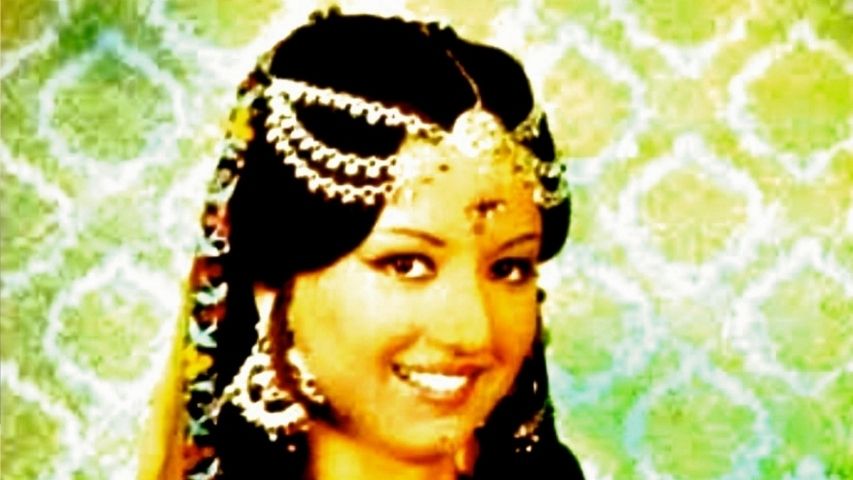 Jasmine made her debut in N.D. Kothari’s Sarkari Mehman (1979) in which she essayed the role of Bindiya opposite Vinod Khanna. It was an action crime drama starring Amjad Khan, Ranjeet, Padma Khanna, Manmohan, Om Shivpuri, Bindu, Manju Asrani and Tun Tun. Her role of a village girl was a brief one, since the film mainly focused on action.

Jasmine wasn’t conventionally beautiful but there was something in her, which made viewers give her a second look. She nurtured the aspirations of becoming a heroine and was thrilled to make her debut opposite Vinod Khanna. Her father owned an office at the Tardeo Air-conditioned Market, which was adjacent to the office of producer-director N.D. Kothari. Jasmine who was plump and vivacious then had bounced into her father’s office to get a donation for her school and was noticed by Kothari.

Kothari casually asked her what she would like to become when she was grown up? Pat came the reply “Film star!” One thing led to another and soon she was offered her debut film. Sarkari Mehman was meant to be a quickie but was delayed for three years due to Amjad Khan’s accident, issues with the censors and finally due to the Emergency.

Earlier Rajshree Productions had expressed an interest to introduce her in Dulhan Wahi Jo Piya Man Bhaaye (1977). It was a terrific role but she had to let go of the offer since it could not be released before Sarkari Mehman due to her contract with Kothari. Because of the contract, she lost out on several plum offers. 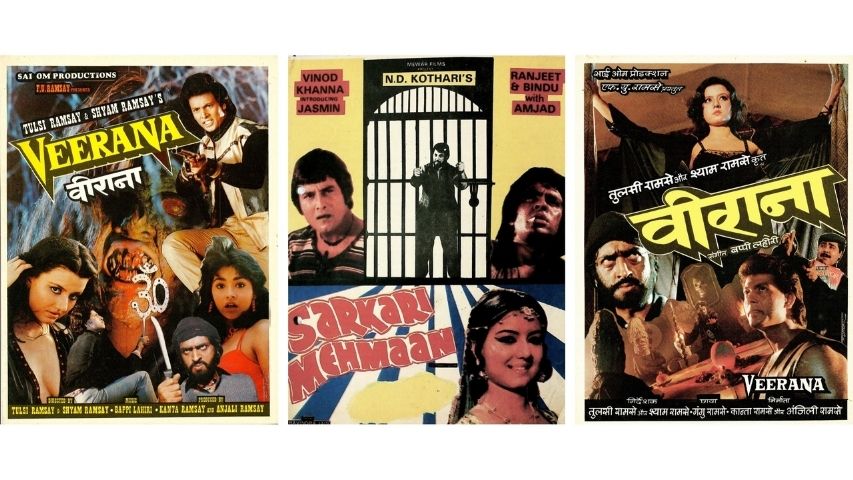 Eventually, Kothari signed her for the social drama Divorce (1984) featuring Sharmila Tagore, Girish Karnad, Vijayendra Ghatge, Bindu and Om Shivpuri. However, the film failed at the ticket counters. Jasmine was devastated and went totally out of sight, re-emerging in 1987 with her name prominently headlined in the cast of the Ramsay Brothers’ Veerana (1988), which was a second chance for her career.

Veerana was a story of a girl possessed by a vengeful spirit ever since her childhood and was by far one of the best works of the Ramsay Brother’s after their gigantic hit Purana Mandir (1984). Veerana released on May 6, 1988 and went on to become a blockbuster. The rest of the cast comprised Vijayendra Ghatge, Hemant Birje, Sahila Chadda, Gulshan Grover, Kulbhushan Kharbanda, Rajesh Vivek, Satish Shah, Vijay Arora and Narendranath.

Jasmine was presented by the Ramsays in an absolute contrast to her earlier two films. Here she was seen in a bold and seductive avatar. It was her golden ticket as she became a sensation overnight. Suddenly, filmmakers wanted to know more about this light-eyed temptress. The Ramsay Brothers were in talks with her for a big-budget horror film with her as the lead but the project never materialized.

For her, success came with excess baggage. Even as the film offers poured in, she received a call from a Dubai-based fan, believed to be a prominent underworld don. This made her a bundle of nerves. She cancelled shoots and stopped stepping out of her house in Malad. Unable to cope with the pressure, she fled to an unknown destination to lead an anonymous life. Producers, directors and fans have tried to find her whereabouts but in vain. She has vanished into thin air.

Regrettably, both Prema Narayan and Jasmine quit prematurely. It’s a pity. Their screen presence and allure have ensured that they have not been forgotten.