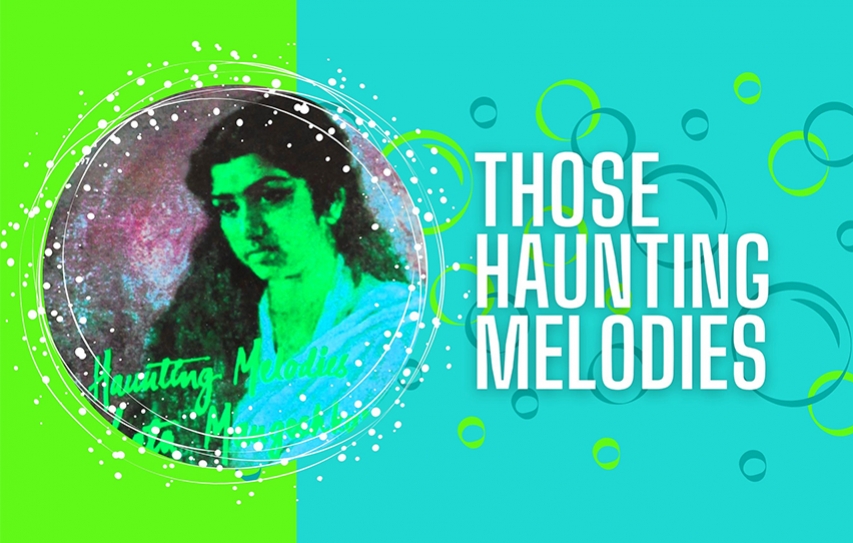 Film historian Dhruv Somani, laments the end of the melody-laden songs of the suspense-packed whodunits, which enthralled right from the days of Aayega Aanewala in Mahal (1949).

The darkness of the moors merging into the swirling mist, the swaying elephant grass, chandeliers swinging from worn-out ceilings of an accursed palace, the sound of whistling winds trembling through the trees, a gas-lit lamp post at a forgotten railway station, a faceless shadow lurking around with the sound of running feet with ghungroos - all these elements made the perfect ambience for a Bollywood suspense whodunit.

Besides this, there was the quintessential theme song, which kept recurring in the background music or heard a couple of times. These songs were popularly addressed as Haunting Melodies. For sure, such songs were heard in earlier films too but it was Kamal Amrohi’s Mahal (1949), composed by Khemchand Prakash, which became a starting point for the haunting melodies. Aayeega Aanewala was the theme song, which has acquired an iconic status.

Incidentally, the names of the playback singers would be never mentioned in the film credits. On the label of HMV’s gramophone record, the singer’s name was mentioned as Kamini, the name of the heroine’s character played by Madhubala. All India Radio received a barrage of phone calls from listeners who wanted to know who had rendered the song. Lata Mangeshkar in her 20s then, had created a sensation. Subsequently, the playback singers’ names would be mentioned in the films’ credit titles and also on the gramophone records. 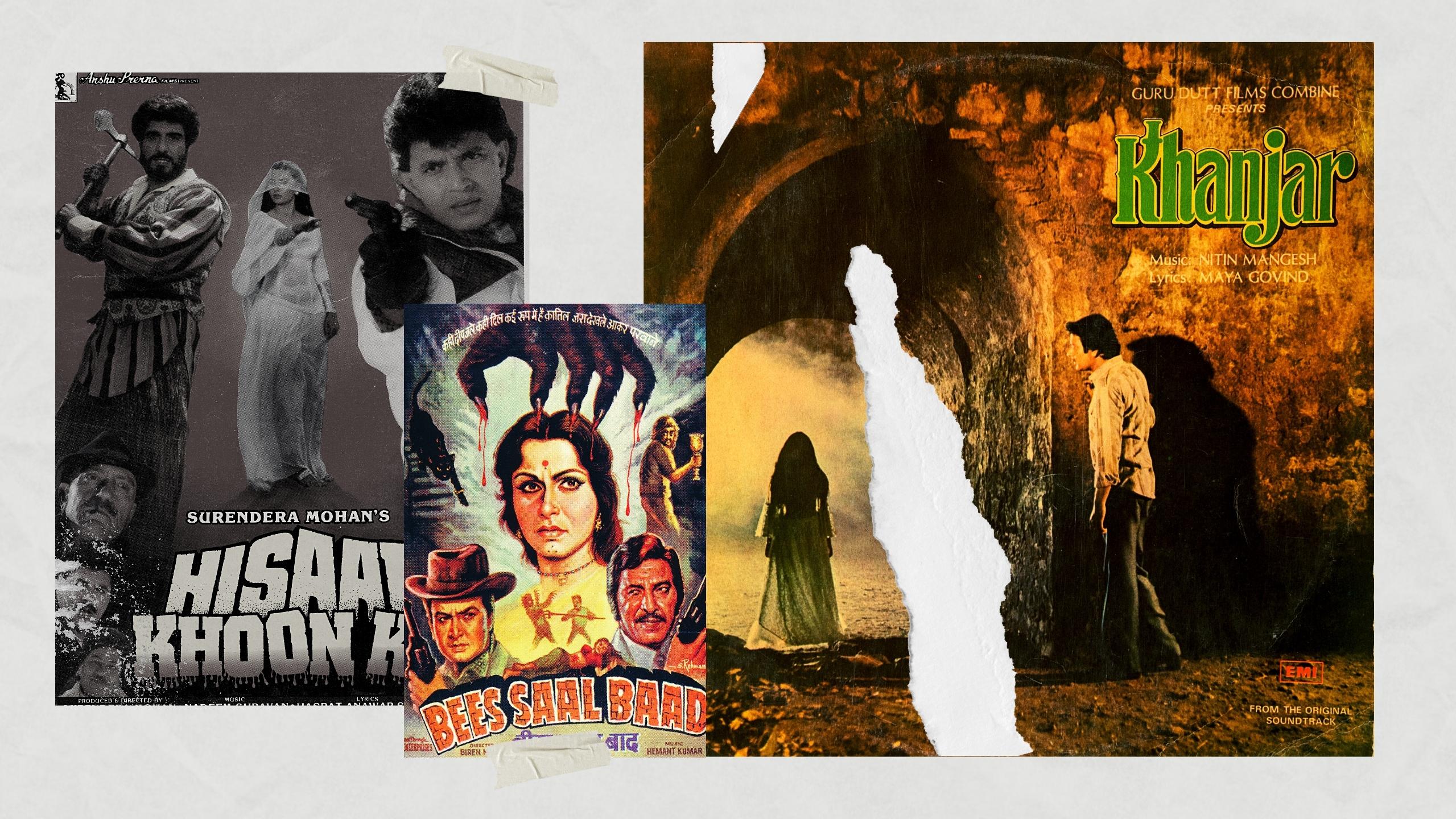 The 1950s saw a rise in films on the supernatural and haunting melodies with films like Nagina (1951), Meenar (1954) and Light House (1958). Then it was the Bimal Roy enduring classic Madhumati (1958), which wowed. The saga of love, sacrifice, deceit and suspense continues to inspire filmmakers today. The theme song Aaja Re Pardesi, rendered by Lata Mangeshkar, keeps playing at pivotal moments during the film. By the way, Aaja Re Pardesi can be heard in the background score of Raj Kapoor’s Jagte Raho and lyricist Shailendra, who was the music director of both the films, suggested it to Salil Chowdhury.

Fascinated by the background music of Jagte Raho, the lyricist had persuaded the composer to use the melody as a song in Madhumati. Salil Chowdhury won his only Filmfare award for Madhumati. Released on September 19, 1958, the film ran for 24 weeks at Bombay’s Roxy Cinema, just a week short of a silver jubilee.

There was an increasing demand for films based on the supernatural and gothic in the 1960s. The decade began with yet another popular melody, Kahin Deep Jale Kahin Dil, from Biren Naug’s thriller Bees Saal Baad (1962). It was a thematic motif, which was heard four times over, with the last one consisting of just four lines sung by the composer, Hemant Kumar, himself. At other points, it is heard in the voice of Lata Mangeshkar, who effectively conveyed the anguish of a wronged woman. This song came 13 years after Aayeega Aaane Wala and surpassed its popularity in the repertoire of haunting melodies by Lata Mangeshkar.

It’s quite another story that Lata Mangeshkar might not have recorded the song at all. Suffering from a bout of sinusitis and asthma, the melody queen had stopped playback singing for a while, since she was afraid of losing her voice. It was after a long wait that Hemant Kumar convinced her to resume singing, and the track was finally recorded on June 13 1961 at the Famous Recording Studio at Tardeo. Most of these hit songs were recorded there since the music directors and singers found the studio to be auspicious. 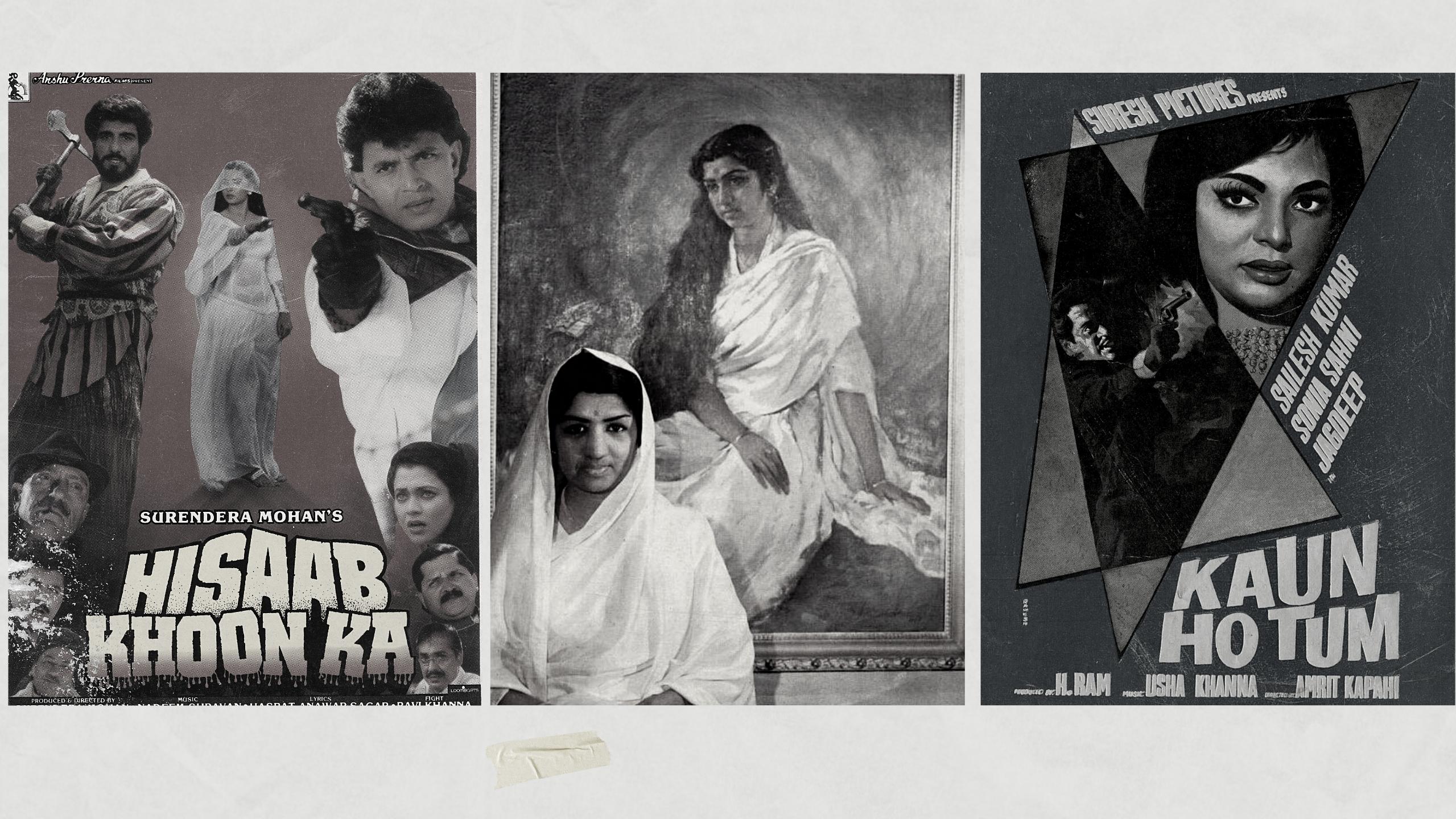 Gumnaam was a major hit. Besides its plot and thrills another key factor responsible for its success was its scintillating music by Shankar-Jaikishan. The title song Gumnaam Hai Koi still sends a chill down the spine. Other films of the decade that had some great haunting melodies were Teri Talaash Mein (1963), Main Wahi Hoon (1966), Mera Saaya (1966), Yeh Raat Phir Na Aayegi (1966), Lal Bangla (1966) and Raaz (1967).

The comic caper Gopichand Jasoos (1982) starring Raj Kapoor and Zeenat Aman, too, had Janam Janam Ke Saathi Re, a fun haunting number. There were other smaller films, as well, which had a couple of such songs like Raaz (1982), Triveni (1985), Kabristan (1988) and Hisaab Khoon Ka (1989). Lata Mangeshkar sang all the above-mentioned songs. She had rendered as many as 45-50 of Bollywood’s haunting melodies.

Indeed, the Ramsay Brothers were at their peak in the 1980s. The horror kings too had some memorable songs in their films: Aur Kaun (Aur Kaun Aayeega 1979), Sannata (1980), which had an evocative haunting song Sunsaan Raaton Mein Jan Tu Nahin Aata. The Ramsays’ super hit Veerana (1988) too had a melodious haunting track, Saathi Mere Saathi, which was the last song rendered by singer Suman Kalyanpur. 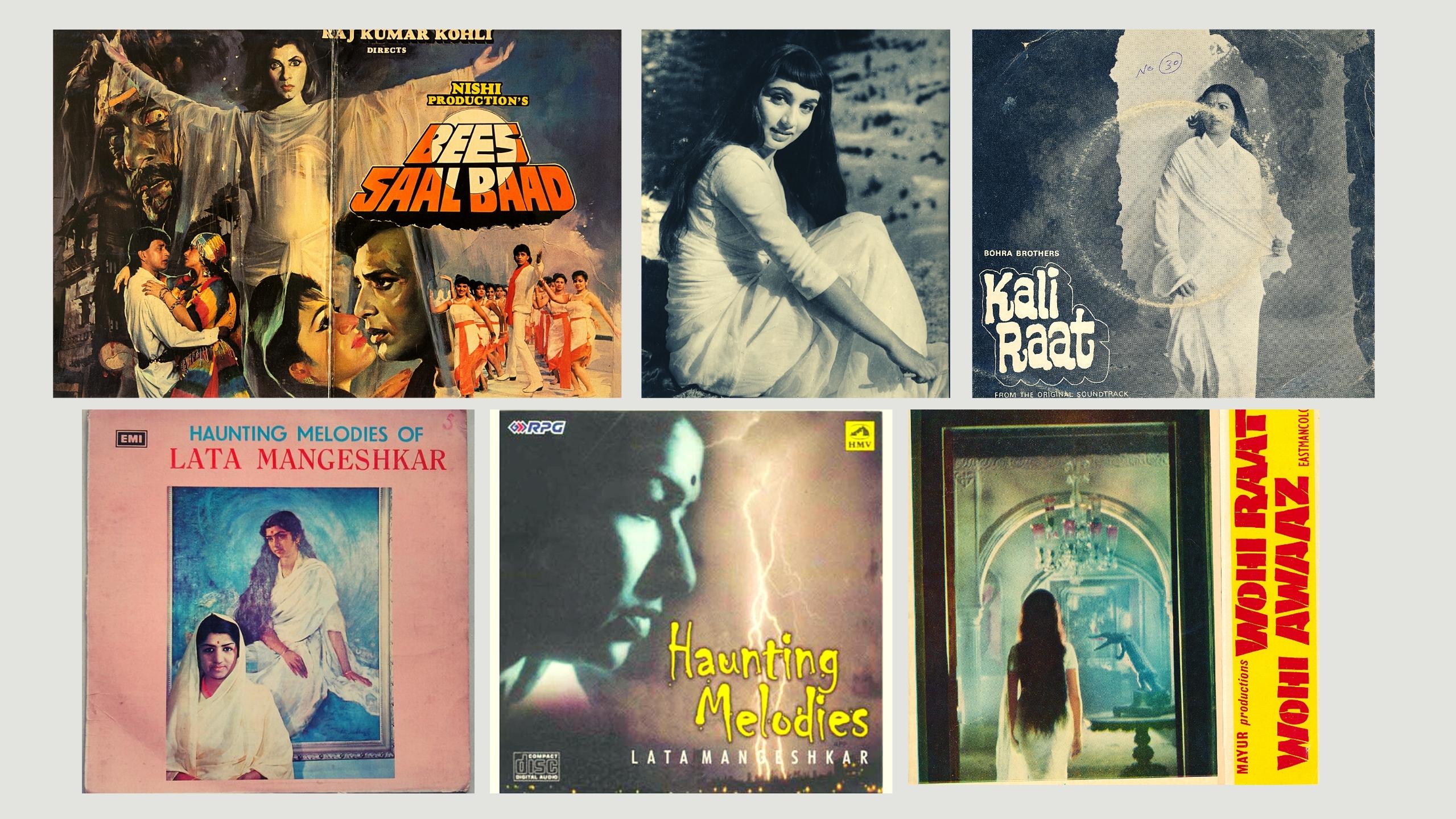 If you think that the arena of haunting songs was restricted to female singers only, then you are mistaken. The male version of Akele Hain Chale Aao rendered by Mohammed Rafi was shot on Rajesh Khanna in Raaz. Yet another one Mere Naina Sawan Bhadon (Mehbooba 1976), sung by Kishore Kumar was a bigger hit than the female version – it was once again shot on Rajesh Khanna in Mehbooba.

The 1990s yielded the hauntingly beautiful Lekin (1991), which was produced by Lata Mangeshkar and directed by Gulzar, in which Lataji sang two haunting numbers, Yaara Silli Silli and Main Ek Sadi Se Baithi Hoon, which were pictured on the gorgeous Dimple Kapadia. The album had melodious numbers and even though the film tanked, the songs remain evergreen.

There were also horror films like Shaapit (2010) and Ek Thi Daayan (2013), which had similar kind of songs but they failed to make their mark with the listeners.  The songs of the 1960s and ‘70s have enjoyed perennial popularity. Hence HMV released vinyls and then CDs of the Haunting Melodies of Lata Mangeshkar. Today, one rarely hears a haunting song, which would creep out the audiences. Instead, quite often the classic gems are remixed and reused as theme songs. Alas!