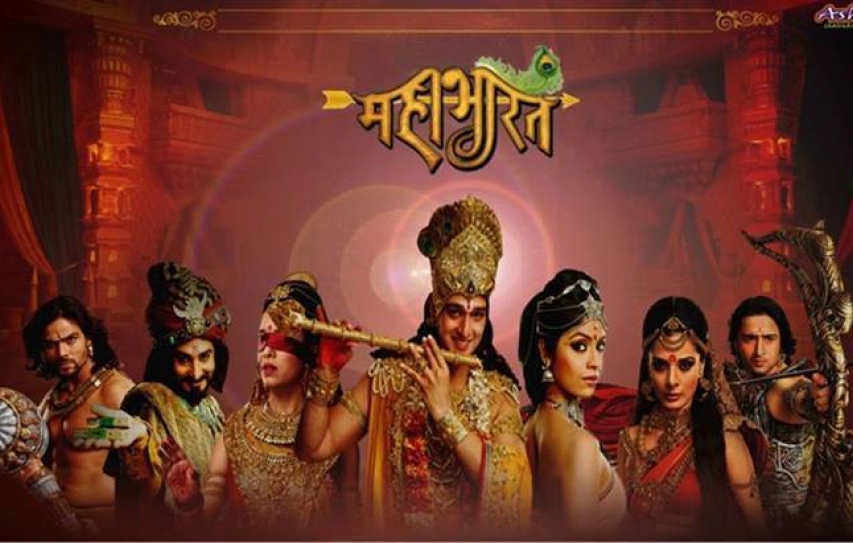 It’s that time of the year, when a few odd serials have drawn their curtains, and new shows are up for grabs. Last week television audiences witnessed the closure of a few shows, in particular — Yudh and Mahabharat. Although, last week I did write about Yudh, I would like to add, that Anurag Kashyap’s team need to be commended for tying up the loose ends with finesse. The subtleness of the 20 episodes and the pacing were strictly adhered to and we were spared redundant emotional moments which have sometimes ruined a good thriller. Way To Go, Mr. Kashyap.

Mahabharat’s 267 episode odyssey came to a close with a one hour episode. It was a splendid actioner-cum-exposure of the epic with Krishna playing the sutradhar and expounding his wisdom to Arjun. The various tales were told with alacrity and authenticity. The pace never sagged, even when Krishna is speaking to Arjun, close-ups were imaginatively and meticulously interspersed with cleverly placed action shots in the background. What the actors sometimes lacked in their craft and dialogue delivery, the overall packaging more than compensated. Technically, Mahabharat has set a benchmark for production values – using outdoor settings and distinctive cinematography.

Action sequences by well muscled, sculpted bodied actors, authentic costumes, grand sets and VFX have dominated this epic tale’s small screen rendition. On the latter count, the 2013 version has scored over B R Chopra’s Mahabharat, but the latter had a roster of acting talent, which the 21st century narrative hasn’t matched. Through out the year, Mahabharat had a berth in the top five shows on Indian television. The Swastik Productions team has shown that it is possible to stick to authenticity and package it attractively in keeping with contemporary technical wizardry. Just as the Sunday morning 45 minute fix of Mahabharat created a vacuum which was never really suitably filled by Doordarshan; the 8.30 pm weekday slot on Star Plus looks vacant. Nothing can match the epic pull.

Star network spent 100 crore on the project and spent another 20 crore on marketing the show, making it India’s most expensive TV series. The promotion of the show was massive. Besides promos of the show, larger than life posters were hung in major metros across the country. In malls, shoppers were exposed to audio-visual presentations of the jewelry and weapons. Originally, slated as a 120 episode series, the show raked in ratings as it progressed, and was given two extensions. Its premier had a viewership of approximately 8.4 million people. The show has become the highest rated weekday mythology show in the last three years on Indian television, holding a berth in the top five shows on the GEC.

Both Yudh and Mahabharat were committed to a designated number of episodes. Unlike Madhubala which was finally pulled off and Uttaran which has been told to wind up. Both shows were sleep potions for the insomniac! Balika Badhu too seems to be heading for an end, or will it peg another plot line. Mahabharat’s slot is being filled in by Nisha Aur Uske Cousins , a teen drama. While, Yudh has been filled in by Kaun Banega Crorepati.

The over 1000 episode old Lapataganj was based on Sharad Joshi’s novel of the same name, was one of the most popular comedy-shows in India in its two season run, and was SAB’s most successful show after Taarak Mehta Ka Ooltah Chashmah. Lapataganj is a tough act to follow. Chandrakant Chiplunkar Seedi Bambawala is about a selfless, bumbling fireman. The opening episodes have dealt with a fire engine replacing a truck, a runaway wheelchair with Chandrakant’s father in it and the gallant fireman rescuing a cat and a sari! We just hope Chandrakant’s exploits keep the laughter going.