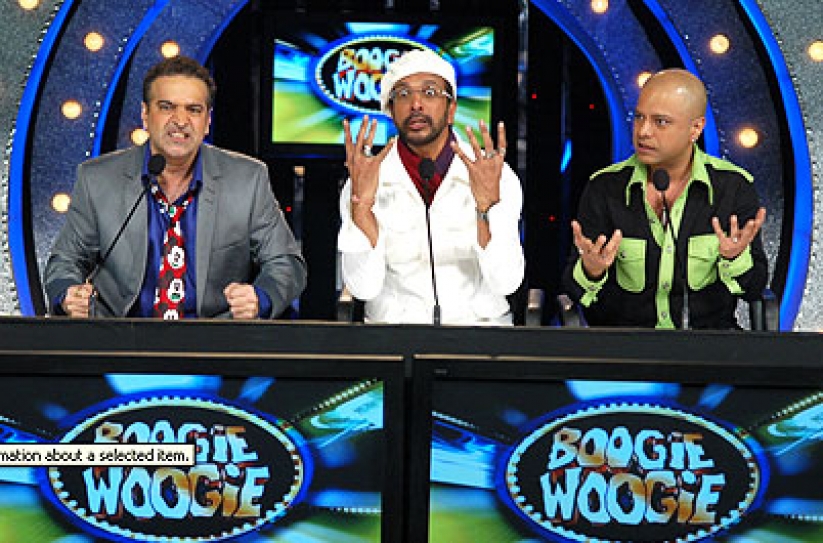 Music and dance reality shows which TV audiences continue watch today are many. But it?s time we looked at a few pioneering shows, which have been telecast since the mid 1990s when satellite television was in its nascency. The saas-bahu melodramas were still not the formulaic staple diet. With the advent of satellite channels, viewers were being weaned away from Doordarshan by the suave challengers ? Star Plus and Zee TV ? which were launched in 1992; and joined by Sony Entertainment Television in 1995. These channels redefined TV viewing for India. Doordarshan?s restricted time slot for fiction fare and the odd game or quiz show like Mashoor Mahal and Mathemagic. The satellite channels took serials of a new cut into living rooms across India and reality shows provided family bonding.

Watching Boogie Woogie Kids Championship on Sony TV over the weekend, the departure of the impish Nepali Urgen brought a lump to throat. Cute, chatty, full of beans and a promising dancer, the 10-year-old like so many before him had to go. That set me thinking about the grandfather of all dance reality shows on Indian television. None other than Boogie Woogie, I reiterate.

Launched in 1997, the show is judged by the trinity of dance shows -- Javed Jaffrey, Naved Jaffery and Ravi Behl. While Ravi and Naved are the producers and creators of the show, Javed Jaffrey is the in-house permanent celebrity judge. The oldest dance reality shows on Indian TV, it is also the longest show in India, except for a three year break.

Boogie Woogie?s popularity had channels snap up the genre. As it?s always good to improvise, many variations of a dance reality show tumbled out of each channel, as also with Boogie Woogie. Producers and the channels? creative heads initiated special championship shows, such as kids' championships, teen championships and even celebrity championships. Some are now into their fifth or sixth season. But do remember, the first at the starting gate was Boogie Woogie.

In 1995, Zee TV defined music reality shows for India with Sa Re Ga Ma (now add Pa), a music reality TV show, and has completed over 10 seasons. More a voice talent hunt than just a reality show, this brainchild of Gajendra Singh is still staged in its multiple avatars (Seniors Special or Li?l Champs) on Zee TV and in various languages too.

The mid 1990s were a good time for young, enterprising creative content providers to initiate a new time slot, other than the late evening prime time. Who would have imagined that afternoon could also be a prime slot, that too for a daily soap? Conventionally, DD ran repeats of their Prime Time serials. But UTV helmed by Ronnie Screwvala, Deven Khote and Zarina Mehta did the unimaginable by slotting Shanti on DD National in 1994, which was later also shown on Star Plus.

Mandira Bedi played the eponymous lead and as a story goes, when she went for the audition, she suddenly remembered that the Indian look had t be complete with a bindi. She, it seems, created a design on her forehead. She was asked to retain the bindi as a trademark. On a visit to Delhi, she saw Shanti Bindis advertised and discovered they were her own designs. Wise girl bought a few packets so that she didn?t have to get one drawn for each shoot.

The show has received a considerable cult status and is considered a classic. It is also considered one of the first Indian television daily drama series. So popular was Shanti with the senior citizens, that when Doordarshan changed the time slot, the silver viewers changed their afternoon nap time. When DD showed the episodes during the lunch break of a major cricket series, they rescheduled their lunch and nap!

Plus Channel too initiated out-of-the-box content with Swabhiman, a family drama in the afternoon prime time slot, while with A Mouthful of Sky; they tried to attract the English language viewer. Both Swabhiman and A Mouthful of Sky were conceived by two authors -- Shobha De and Ashok Banker and were successful in their own way. But neither made the dent as did Shanti.

Today, with channels and shows juggling plots and time leaps for TRPs even the reality shows aren?t spared. They rope in celebrities to steal a few eyeballs and notch up TRPs even by a fraction. But do remember Boogie Woogie, Saregama and Shanti defined what we watch even now.