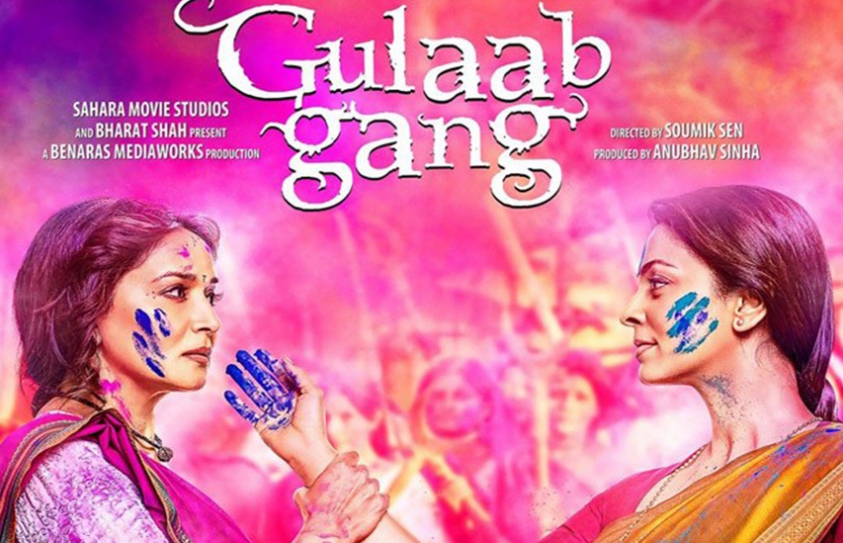 The Soumik Sen-directed Gulaab Gang has been in the eye of the storm or the cynosure of attention, depending on the lenses through which you regard the film. It has its roots in reality, though the maker has refuted speculation that the movie is based on the life of Sampat Pal, who founded the Bundelkhand-based Gulabi Gang.

Save for the female vigilantes draped in pink saris and their storming of a government office to compel corrupt administrators into restoring electricity to villages, most else is a fictionalised account. 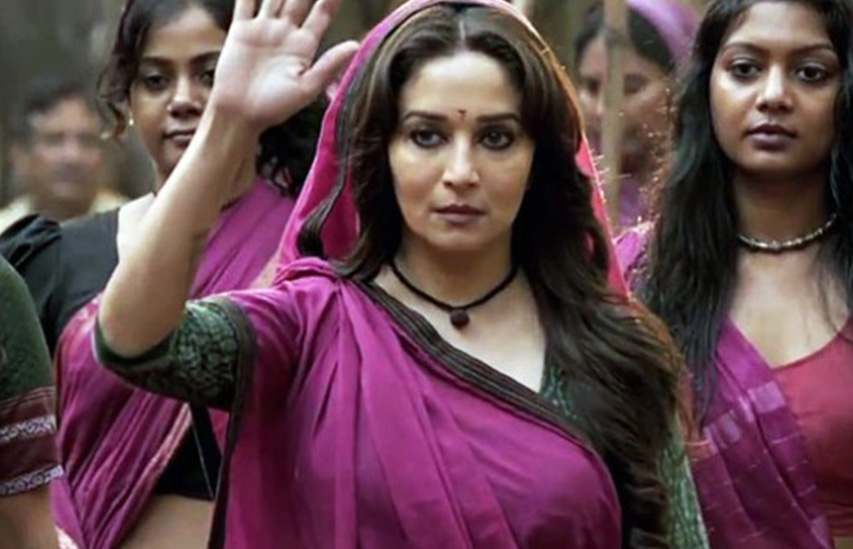 The bold and rustic Sampat Pal is replaced by the urbane, refined Madhuri Dixit. Bundelkhand becomes Madhavpur. The humble laathis (sticks) are mostly in the backdrop. For the celluloid ladies, axes and sickles are the preferred weapon of choice.

Rajjo (Madhuri Dixit) was a strong-willed young girl, determined to study in school much to the disgust of her step mother-in-law. Her spunk continues into adulthood where she runs a small school, an indigenous workforce and, of course, the titular gang of women activists. There is a shocking absence of a back-story pertaining to the formation of the group and its members.

Rajjo finds a formidable antagonist in Sumitra Devi, the local politico who steps in to run the area, without the best of intentions. Rajjo’s idealism clashes with Sumitra’s deviousness, which sparks a brutal animosity. Everything else is just an excuse to cram in fight sequences, which may not be as outlandish as the usual fare but do take away from the realism of the earthy backdrop. 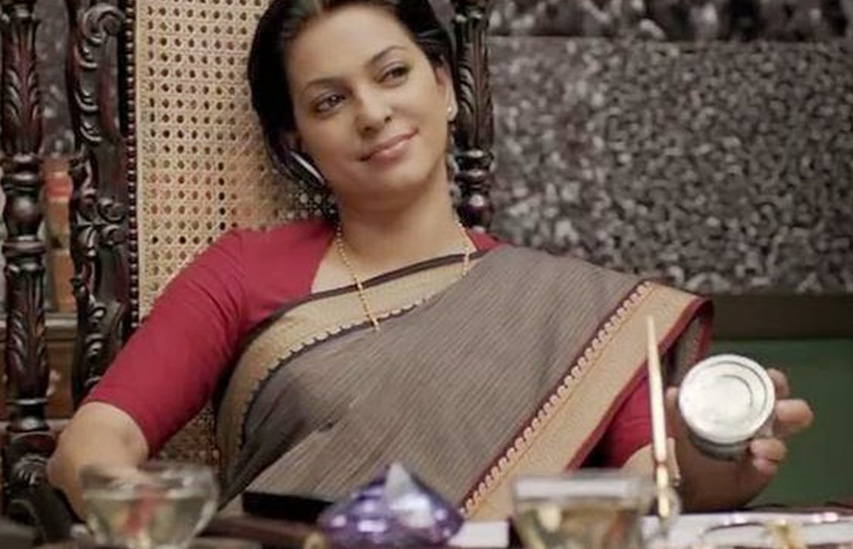 To be fair to the film, Gulaab Gang does start on a promising note. But when an unnecessary song sequence crops up within fifteen minutes of the running time, you get the sinking feeling that you may have overestimated the film. From that  point on, the characters get louder by decibels, more menacing, with gleefully contorted expressions and particularly murderous in the final reels.

This is a shame, really, since the film gets a few things right, like  the dramatic background score (John Stewart). The production design effectively takes you to the impoverished village and to the paint-chipped apathetic government offices. And you discover a fantastic performer in Divya Jagdale, who plays Mahie, the tomboyish group member.

It is the little things that make a big difference too. A scene where one of Rajjo’s students says “Ek, do, teen,” is a jarring nod to Ms. Dixit’s Tezaab days. Where Sampat Pal is strong and authoritative, Rajjo comes across as ingratiating in the scene where she meets Sumitra Devi for the first time. The transitions between scenes are rather abrupt. There are a lot of unnecessary flashbacks which presume that the audience has forgotten what transpired only a few minutes earlier. 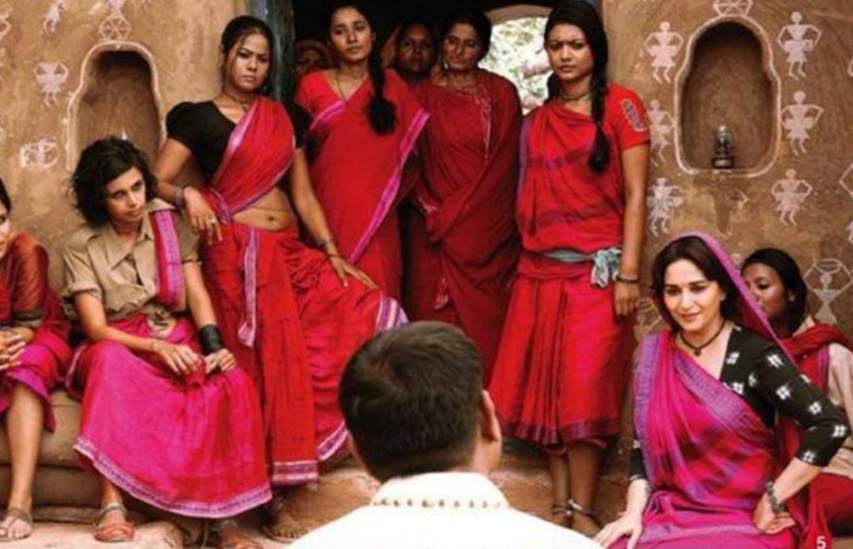 It is also odd when you find a firang journalist interviewing Rajjo in heavily accented Hindi. Gulaab Gang, after all, is only depicted to be a local group with no international prominence. The plot is also predictable, with the twists becoming painfully evident in the foreshadowing through dialogue. And there are a lot of shots of armed women running in slow motion towards a horde of baddies.

Because of these drawbacks, Gulaab Gang is no service to feminism. The real members of the Gulabi Gang do not possess superlative fighting prowess. Nor do they vandalize or wield dangerous weapons. Armed with their humble sticks, they combat not just government oppression but social evils like domestic violence, child marriage and encourage education among women. Unlike the battle-ready characters onscreen, they know their way around police stations and local offices. Their activism comes from a place of awareness and not just brute force.

Sadly, this does not get translated onto the big screen. Though it was meant to be a fictionalized adaptation of reality, the storytellers needed to create a new group instead of perverting the essence of one that already exists.

Sure, the Madhuri Dixit-Juhi Chawla combination may be a draw for the audience. Unfortunately, Ms. Dixit bears a divaesque aura and is far too graceful for the part. She is also unable to keep up with the accent the local dialect requires. Juhi Chawla, however, is more tenacious with her inflections and gives a far better performance as the malicious politician. If only such a crackling combination had an equally fiery script.

Gulaab Gang is best suited for a one-time watch if at all. But if you must lay your bets on a weekend watch, it is Kangna Ranaut’s Queen where your money will be best spent. Also, do get your hands on Nishtha Jain’s 2012 documentary called Gulabi Gang, which is the authentic telling of a group that embodies hope and the indomitable spirit.