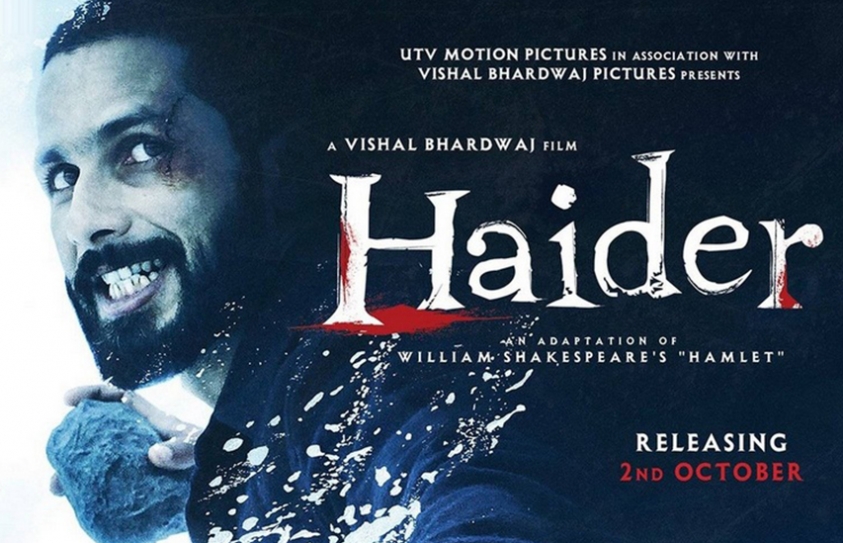 With Haider, director Vishal Bhardwaj completes his Shakespeare trilogy, adapting one of the most celebrated and complex works of the Bard. Hamlet, the prince of Denmark, finds a setting in the strife-torn Srinagar of 1995, where militants teemed over snowy landscapes, subverting the authority of the Indian army and the imposed curfews.

Kashmir in the film’s setting is not the heaven on Earth that attracts 140 million tourists (as per a climactic title card), but stark, barren and frozen, much like the inner darkness of the main protagonist. Just as Hamlet returns from Wittenberg, Haider arrives in a bus to Srinagar from Aligarh upon hearing of his father, Dr. Hilal Meer’s (Narendra Jha) disappearance. The good doctor was last seen being escorted away by armed soldiers.

Those are troubled times, politically and personally for Haider, who sees his lawyer-politician uncle Khurram (Kay Kay Menon) working his acquired connivance from both pursuits in wooing his mother Ghazala (Tabu), who lives with the label of half-widow like countless other women in the valley.

His Ophelia is Arshia (Shraddha Kapoor), a fresh-faced small-town journalist, whose cop father Parvez (Lalit Parimoo) and brother Liaquat (Amir Bashir) disapprove of her choice of lover. Through enough political intrigue in the film or a basic understanding of the Hamlet storyline, viewers know that the eventual needle of suspicion for the death of the hero’s father points towards the uncle. It is upon this insinuation either in the form of a ghostly apparition (in the play) or a tip-off (in the film) that triggers off a saga of insanity and revenge. 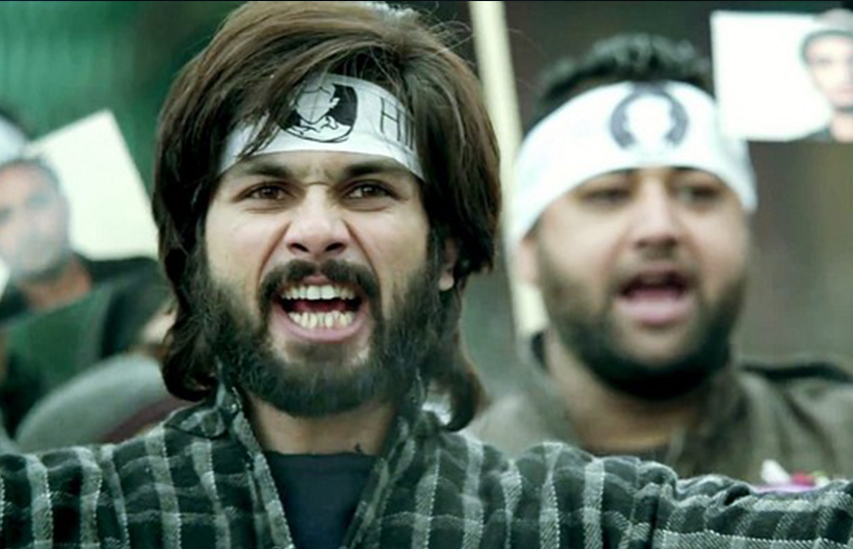 To give the film its due, Haider looks beautiful despite the bleakness of the setting. Trust the director to be spot-on sensibility-wise when it comes to recreating the aesthetics of a region. The film’s greatest flaw, the hamartia, lies in its pacing. For a running time of two hours forty minutes, Haider takes its time to get the revenge angle going. More specifically, the ploy gathers steam in the second half, leaving the pre-interval portion to establish characters and the political climate.

During adaptation, the writers could have done well to take a leaf out of Shakespeare’s work, where Hamlet first suspects his uncle and contemplates vengeance in the first act after speaking to his father’s spirit. Haider only receives the necessary catalyst much later in the story, leaving him to either blister at his mother’s incestuous liaisons (notice hints of the Oedipal Complex) or scour the land in search of his father in breathless hand-held shots.

There is not much by way of romance or comic relief. Haider and Arshia have a serviceable track which lacks the violent turbulence of Hamlet and Ophelia. A comic track featuring Haider’s friends Salman and Salman (Sumit Kaul and Rajat Bhagat), who are die-hard Salman Khan fans provides little relief. The duo is meant to work as a more humorous version of Rosencratz and Guildenstern, but their character development and motivations are not fleshed out as well. 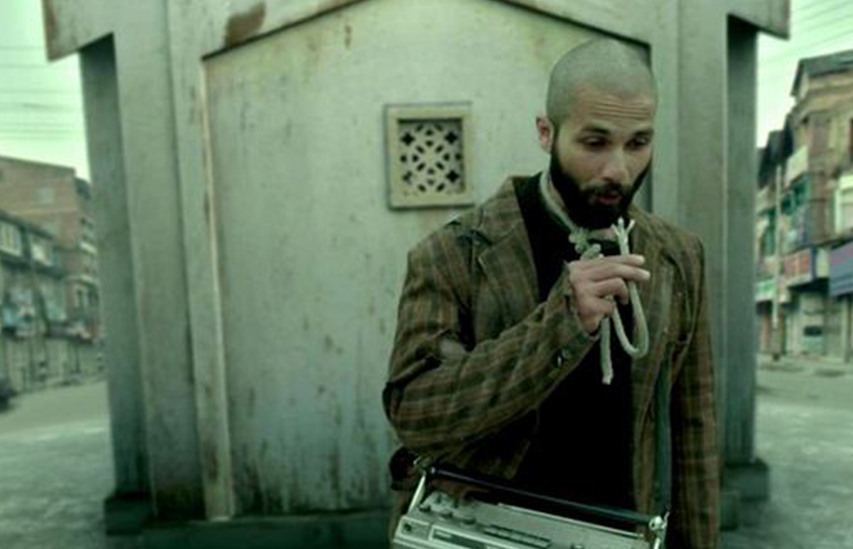 The main characters are sketched a little differently, their tracks criss-crossing into a climax that tips the source material on its head. Haider stays largely faithful to the turning points in Hamlet, but the climax strays from the original ending, fading the film to black rather abruptly. The improvisation takes away from the irony, intensity and the immortal cynicism of the drama. It was an attempt to end the film on a relatively positive note, but that could disappoint fans of the play.

Despite the slacking pace and the violence, Haider is worth a watch if you can cultivate your temperament for patient viewing. It boasts of sublime artistry and superlative performances, the triumvirate of Shahid Kapoor, Tabu and Kay Kay Menon delivering powerful performances. Hamlet is not compulsory reading before watching Haider but it does enhance the experience.