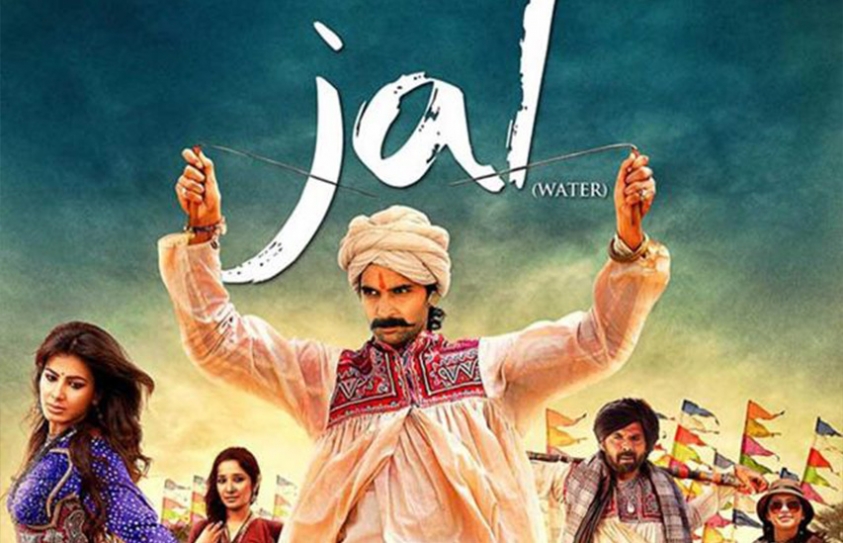 Times are hard in the Rann of Kutch for Bakka (Purab H Kohli) and the villagers. Call it an accident of birth into a parched land or a cruel joke of the Gods where the weather is unyielding. Bakka is the ray of hope for villagers since he uses his dubious abilities as a water diviner to seek out a water table under the drought-scarred earth.

The rural folk are roused from a resigned acceptance of their fate when a pretty firangornithologist, Kim (Saidah Jules) comes to study the ecosystem of the pink flamingoes, which are just as affected by the scarcity of water.

A couple more foreign nationals come armed with a drilling machine to find water for the birds (or so one gathers, keeping the bizarreness out). This forms the central story against the backdrop of love, betrayal and naked greed. 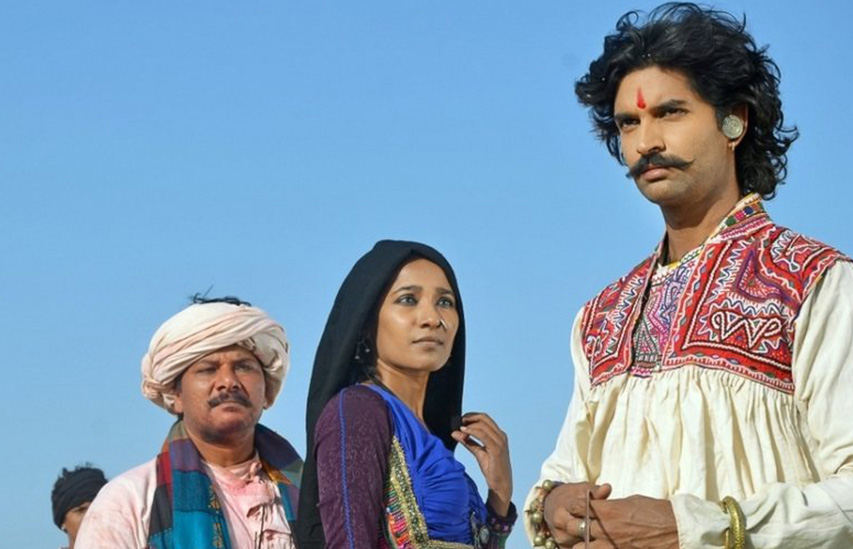 For a film with a remarkable, high octane trailer, Jal crawls at an excruciating pace. If the editors worked overtime to get the first look right, they snoozed during the full-length feature. As a consequence, the audience will nod off too. And how else would you explain the transition between scenes? Each begins and ends with the fade-in and fade-out.

There is idle filmmaking at work here, since it is evident that certain stock shots have been taken of actors at a fixed place and inserted into scenes as reaction shots.

A lot of needless ambience building goes on in scenes that could have done with a straightforward narrative. It is especially prominent in the bit where Ram Khiladi (Yashpal Sharma) is trying to explain the purpose of Kim’s visit, to Rakhla (Ravi Gossain). Why it had to be accompanied by a comic soundtrack is anybody’s guess. A futile one.

Frequent (and repetitive) scenes of digging wells have a dramatic background score drumming at the back, insignificant when it comes to the picture. 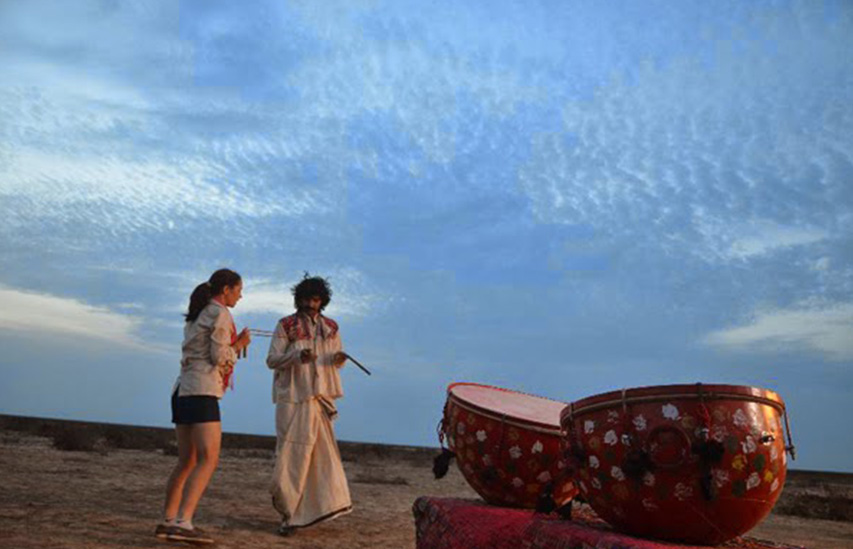 Jal oscillates between a documentary feel, a surreal drama and a street play. The latter-most point holds particularly true, since there is little movement in the plot. All characters are rooted to one spot as they exchange lines before the scene fades out.

Most of the actors are grappling with the Kutchchi accent, which slips into Haryanvi, Bihari or regular Hindi. However, this is not the film where you can comment on cast performances because you are too listless to observe the nuances (or lack thereof).

These shortcomings are a pity because Jal really is a beautifully shot film, despite its barren setting. But even that can do little to salvage the proceedings.

After a while, the deliberate attempt to make the film look like art house cinema takes a pretentious turn where odd angles are coupled with shots of people and camels running in slow motion. But what else can you expect from a film which at the outset displays the singular line of great praise from Elizabeth Kerr’s review in The Hollywood Reporter?

At the end of the day, it is a long drawn out folktale which would have worked better as a theatre production than an exhausting drudgery of over two hours. Not worth your weekend.