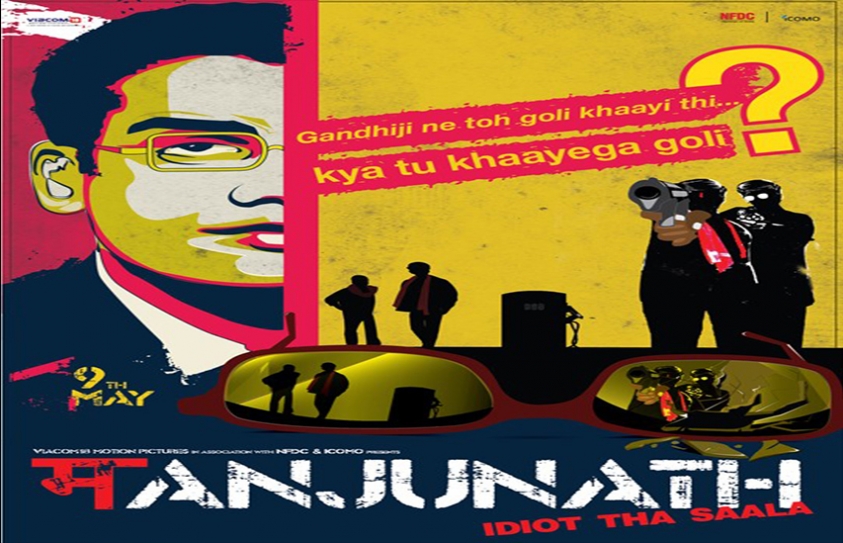 Stories of heroism are a recurring theme in popular culture. The more unlikely the underdog, the larger is the backing behind him. Everyone loves a David vs. Goliath conflict. Kept against the backdrop of systemic failure, it would seem like fodder for another Prakash Jha film. But there is that thing about reality… David may not be the one flinging the lethal stone. He is, at times, the one taking the fall.

And that was what happened in the case of Shanmugam Manjunath, the 27-year-old marketing officer at Indian Oil Corporation, who was murdered in cold blood on 19th November 2005, for sealing a petrol pump that sold adulterated fuel.

The film chronicles his journey (in a mostly non-linear manner) from his humble origins to his eventual demise. There was much outrage over an assassination that sent shockwaves through the nation. You would expect the film to be a grim build-up to the events that led to the tragedy, but instead, the story takes a wobbly start with a band performance and a dead Manjunath (Sasho Sattyish Sarathy) addressing the audience.

There are flashbacks of his hysteria on being threatened by the faceless oil mafia set against his (overdone) joie de vivre as he cruises his way through IIM Lucknow. Here, you can see the effort of the makers to establish Manjunath as a likeable character, though those ‘fun’ traits come across as caricaturish, especially when he befriends fellow classmate Sujata (Anjori Alagh).

Cut to present day where there is much anxiety over his disappearance and hop back to yet another flashback which has lame college banter to add a dash of humour. Just when you sigh resignedly, dismissing this as an opportunity wasted, Manjunath undergoes a surprising turnaround, both in character and film, which arrests your attention once more.

The backstory dealt with, the plot comes back on track with our protagonist investigating what he only suspects as malpractices in the lawless Lakhimpur where gun-toting goons abound.

He must cope with bureaucratic pressures, anonymous threats, worried parents (Seema Biswas, Kishore Kadam) and the ‘stigma’ of being from a scheduled caste. But despite the anticlimactic end to his bravado, you would already have read enough media reports to know that it was a loss that struck a chord with the country. And how

Manjunath stumbles mainly on account of a haphazard narrative and a jarring background score that springs up far too abruptly in the proceedings. His research on fuel adulteration is not elaborated upon in the film, which leaves the audience with sketchy details. Till his last scene in the film, we never see Manjunath being pursued by the blackmailers (it is only implied) and fail to understand if his death was a result of a disgruntled petrol pump owner or a cover-up to a greater conspiracy at hand.

What will especially test the audience’s patience is the aftermath of Manjunath’s murder and subsequent investigation. There’s media coverage, grieving parents and the hero himself coming to converse with the man responsible for his death. The lattermost point may sound bizarre, but one can reason that it is probably the killer rationalising his deed to his conscience. Divya Dutta’s track later in the film is quite unnecessary too.

Manjunath may be a flawed cinematic outing, but deserves a nod where the overall cast performance is considered. Even in the ensemble, Sarathy, Yashpal Sharma and Seema Biswas deliver stand-out performances.

Here is an off-beat film that gets 2 stars for all its uneven account of a brave, young executive’s life. It is still a story that needed to be told. And now, it is a story that needs to be heard. Go with zero expectations and some patience if you are open for an unconventional outing. If not that, do go for the DVD. Manjunath has its faults but deserves a chance.