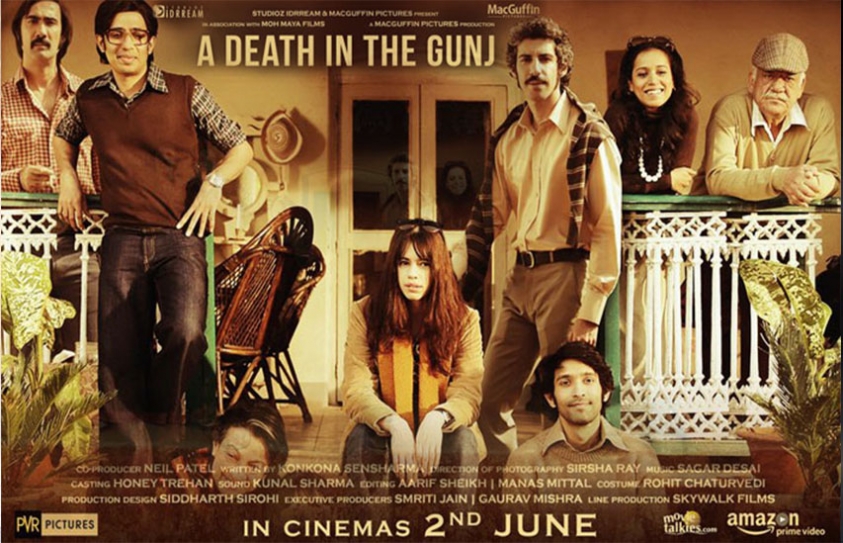 True Review Movie - A Death in the Gunj

The movie opens in McCluskiegunj a small hilly town in Jharkhand, India, which has been home to the Anglo-Indian community since the early 19th century. The town has lush green surroundings, dirt tracks and much fresh air to breathe. The film is about this guy who reacts to situations around him with a little more sensitivity than most others, and who goes for a vacation to McCluskiegunj, along with his over protective family. 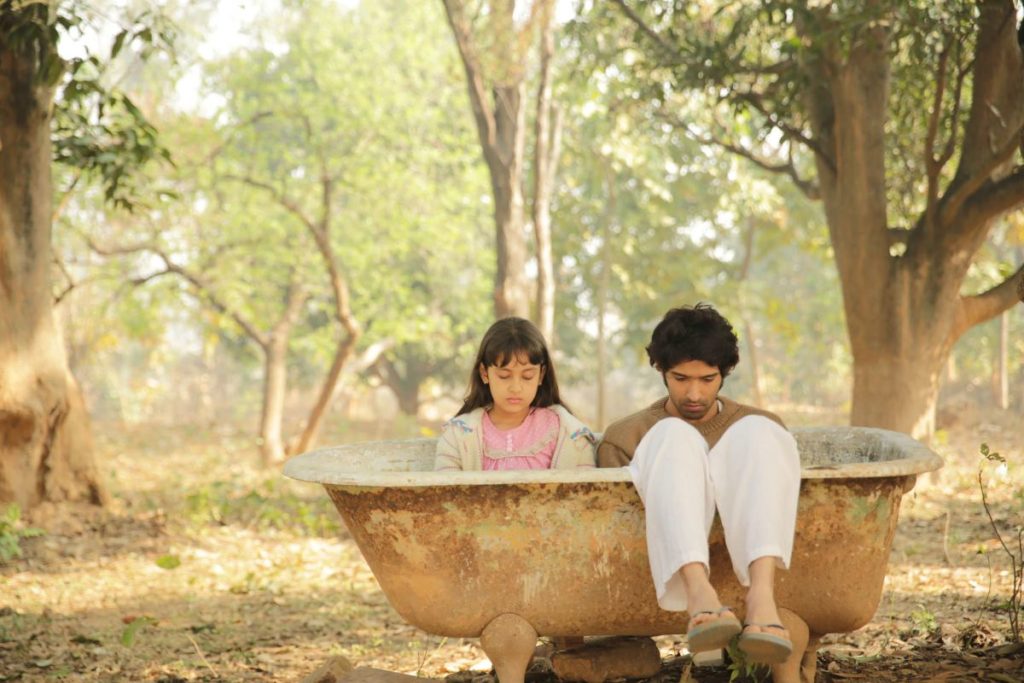 The feel of the late 70s with all the winged eyeliners and the bell-bottomed pants makes Death In The Gunj, unlike anything else. This family is on a vacation at their aunts, played by actress Tanuja and uncles, essayed by the late, Om Puri’s, house.

Nandu (Gulshan Devaiah) who is Tanuja’s and Om Puri’s son, and his attractive wife Bonnie (Tillotama Shome), also reside in the house with their daughter Tani (Arya Sharmav).
Shutu, the youngest in age and the protagonist of the film (Vikrant Massey), is Nandu’s cousin. Mimi (Kalki Koechlin) is one more among the cousins. Later on, as the story progresses, we’re also introduced to Nandu’s best friends, Vikram (Ranvir Shorey) and Brian (Jim Sarbh).

Shutu is like always seen as the attendant to the family, mostly left to take care of Tani and always being picked on by Nandu and his friends. All of them gang up and play vicious pranks on Shutu, including the slayer game of Kabaddi, but Shutu manages to put up with them every time.

Shutu and Tani share a beautiful bond with each other and their closeness makes you realize that a child is not judgmental at all.

Vikram and Mimi lust for each other and although Vikram is a married man, they’re unable to take control of themselves and go at each other the moment they get an opportunity. Mimi's character is caricatured deliberately as what would be considered to be ‘male fantasy;’ and it works. One time when Vikram brings his newly wed wife Purnima (Promila Pradhan) to a New Year Eve dinner. Purnima is a beauty dressed traditionally and with a sublime voice when she sings. She comes to the party with Vikram, wearing ancestral anklets gifted to her by Vikram’s mother who also happens to be the daughter of a local Nawab. Mimi overdoes it with alcohol in a bid to gulp down her sorrow because she cannot bear to be in the same room as Vikram and yet separated from him.

Konkana Sen Sharma’s debut as director is an outstanding piece of work that lingers on with you. All the actors selected by her to play the brilliantly written parts in her film, are great; be it Nandu’s behavior soaked in patriarchy or be it an affectionate Bonnie, aggressive Vikram or an imperfect Mimi and her care a hang attitude!

The name of the film is ‘A death in the Gunj’ and the opening scene is that of ‘the body’ in the boot of a car, which is talking to you. The film sets you off thinking right at its beginning, and keeps you curious throughout. Intrigue starts building up as the film progresses and minute by minute. Soon you realize that Shuntu isn't just the reserved guy and the introvert that you had started to believe him to be, and that as a matter of fact, his silence is the result of much frustration and mental turbulence.

Shutu played by Vikrant Massey is perhaps the best performance one might have ever seen. Kudos to Konkana Sen Sharma for taking Indian cinema to this level and hope that more of our films are as relatable as this one.
Original story, effortless performances and real locations, no monumental sets, and most importantly just a good, gripping story. We can only go this far with technology it seems, because best are still those films only, which have memorable characters played by great artists; and a story that keeps you hooked to itself right till the end.