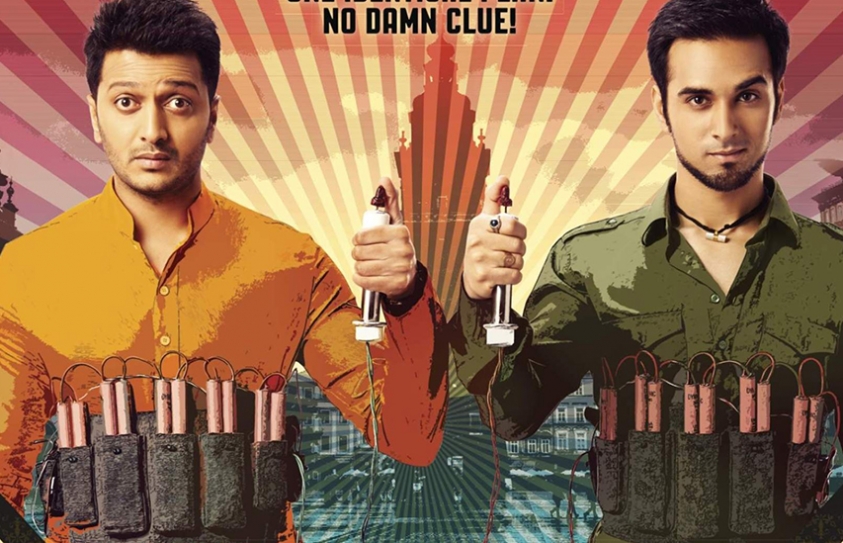 If you’ve ever had a Delhi aunty, then while watching Bangistan, you may well remember two choice phrases wielded with fabulous panache by that legion of ladies: “Chullu bhar paani mein doob maro” (Go drown yourself in a handful of water) and “Bachche ki jaan logey kya?” (You want to kill the kid or what?) The first saying would be directed at all those responsible for the film — the writers, the director, the producers and anyone who has provided any creative input in Bangistan. The second would be for the audience, which suffers in more ways than one.

This is director Karan Anshuman’s first film so perhaps we should cut him some slack. However, he’s the reason we have to see Riteish Deshmukh and Pulkit Samrat in striped chaddi. This should have been one of the 857 sights blocked by our esteemed government. That, along with what passes for a screenplay in Bangistan, is unforgivable. Not a single character is well-rounded and the film feels like a montage of moments that teeter between boring, trite and cringe-inducing. For every joke cracked in Bangistan, the film’s writers deserve — to quote the film — “char latte” (howzzat for a kick of humour?). There are stoned teenagers who send forwards that are funnier than the film’s dialogues.

Add to this a bleating sheep, a dancing Jaqueline Fernandez, two Kumud Mishras and Tom Alter as an imam who lists Richard Dawkins among his Skype friends, and you get a comedy that’s just sad.
There are about five minutes in all of Bangistan that are truly engaging. Right at the beginning, an animated sequence primes us for an over-the-top story filled with big laughs. Near the end, Deshmukh is seen trying to crush Samrat’s neck while growling, “You’re a terrible actor.” It’s precisely what the audience has wanted to say and do to Samrat since the actor’s first scene in the film, so everyone cheers.

And that’s it. Other than these two moments, Bangistan is at best idiotic and at worst, infuriatingly idiotic.
In a country called Bangistan, Hindus and Muslims are at each other’s throats. One day, both parties decide it’s time for a big bang. For no fathomable reason, each set decides to send a suicide bomber to Krakow, in Poland, where the 13th World Religions Conference is to be held. Praveen (Samrat) is a failed actor (in real and reel life, evidently) who is is selected by the Hindu leader despite being the village idiot. Why? Because Praveen is dispensable. Over in North Bangistan, the leader of the Muslim fanatics selects his son Hafiz (Deshmukh) for this explosive task because Hafiz — courtesy his job at a call centre — knows English. 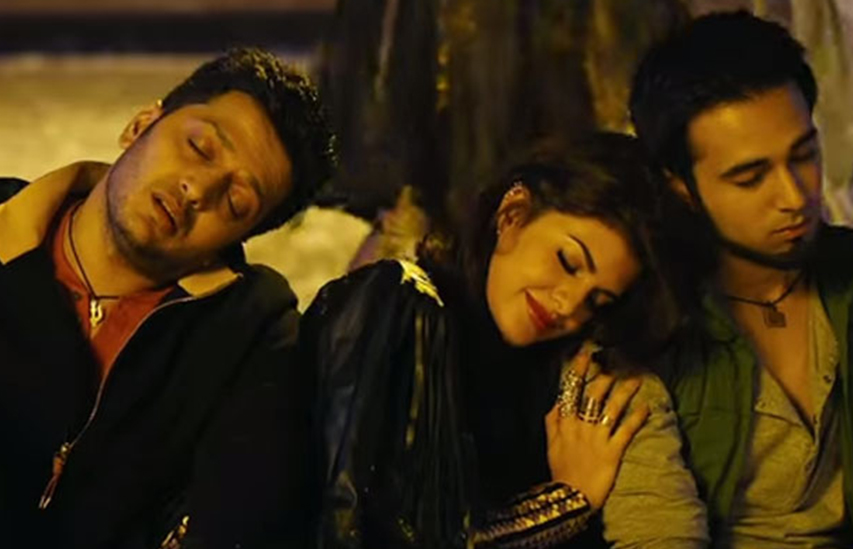 Hafiz finds some saffron kurtas and goes to Poland pretending to be Ishwarchand Sharma. Praveen adds a skullcap, a beard and a lot of green to his wardrobe to turn into Allah Rakha Khan. Once they’ve settled into their hostel, the two head off to buy a bomb each. Praveen tries a Chinese seller while Hafiz heads to the Russian Bobbitsky. Neither has anything for the Bangistani budget so the two terrorists-in-the-making come back with How To Make A Bomb pamphlets. A few songs and many bad jokes later, Hafiz, Praveen, two explosive devices and all fanatically-inclined Bangistanis show up at the religious conference, which includes Stormtroopers and wannabe Masai among its delegates.
Deshmukh plays Hafiz with almost deadpan calm, which works occasionally. Most of the film, though, he looks hapless, which is more or less the expression of most audience members too. The usually dependable Kumud Mishra is disappointing in his double role as Praveen’s guru and Hafiz’s father. Don’t miss the “deep” message being offered by the fact that the Hindu and Muslim leaders have the same face and are essentially same people.
Pimples of preachiness like this one ooze all over Bangistan. Just when you think it’s just about stupid jokes, there’s an earnest moment and some godawful acting that will have you longing for an item number. Unfortunately, the songs don’t help Bangistan. They just make the film longer. By the time we reach the climax, Hafiz and Praveen are holding a deadly bomb that’s about to go off, and you find yourself praying for an explosion that will kill everyone in the frame.
That was possibly not the intended effect. 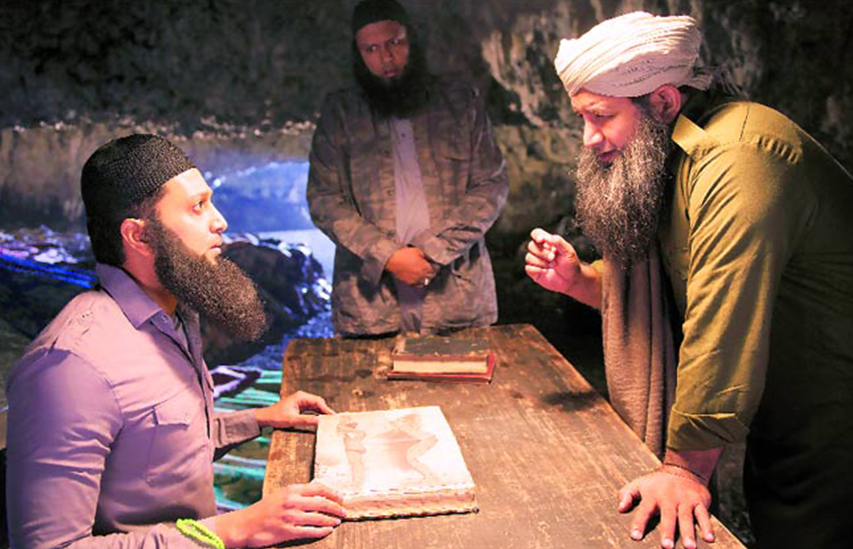 Whether it’s because Anshuman is a greenhorn or because his fellow writers (Anshuman shares screenwriting credit with Punit Krishna and Sumit Purohit) flexed more muscle or because all three were browbeaten by the need to make a film box-office-friendly, the bottom line is that Bangistan’s creative team is determined to not tell a good story. Instead they create a hot mess of a film that starts off trying to be funny and ends up trying to be emotional. In short, Bangistan, like its two heroes, spends its time trying to be something it’s not and ultimately fails to be anything.
Yet buried deep under the rubble of Samrat’s horrific acting and tiresome dialogues is a premise that could have been fun. There are details — like strapping bombs to an S & M harness bought at a fetish store and the way Francisco Goya’s famous “The Third of May” painting is used — that suggest that someone in the writing team actually does have a sense of humour and some intelligence. However, god does not lie in the details of this film. Everything about Bangistan is in broad strokes. By the end of the film, the only comedy in the film is unintentional and the credits roll against an earnest song full of pained wailing and visuals of boys with torches and flags angrily attacking each other while Deshmukh and Samrat try to look sexy and miserable.