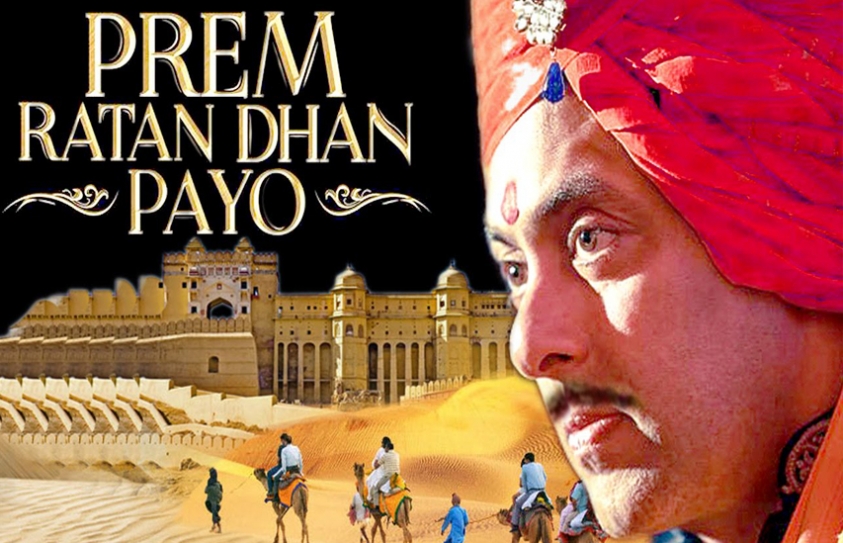 Prem is back. So are the saccharine values in full drive with lush colours and a royal setting. If there isn’t an abundance of love and devotion burgeoning at the seams, we realise that our hero is called Prem Dilwale (Salman Khan). He is the moony-eyed narrator of a terrible production of Ram Leela, almost like an extension of his character from Bajrangi Bhaijaan. Somewhere in this character introduction and forced cheer, the film already begins to falter.

When Prem is not lending a hand behind the scenes or on stage, he is the do-gooder at a flood relief camp where he falls for the beautiful Princess Maithili (Sonam Kapoor), who quite literally descends from the sky in a helicopter. She does her bit and takes off into the dull sunset horizon.

Prem is determined to follow her to the kingdom of Pritampur along with his friend Kanhaiya (Deepak Dobriyal) where she is going to meet Yuvraj Vijay Singh (Salman again), a stern royal with little patience for family drama. He falls prey to royal intrigues orchestrated by his younger brother Ajay (Neil Nitin Mukesh) and his estate CEO/distant relation Chirag (Armaan Kohli). 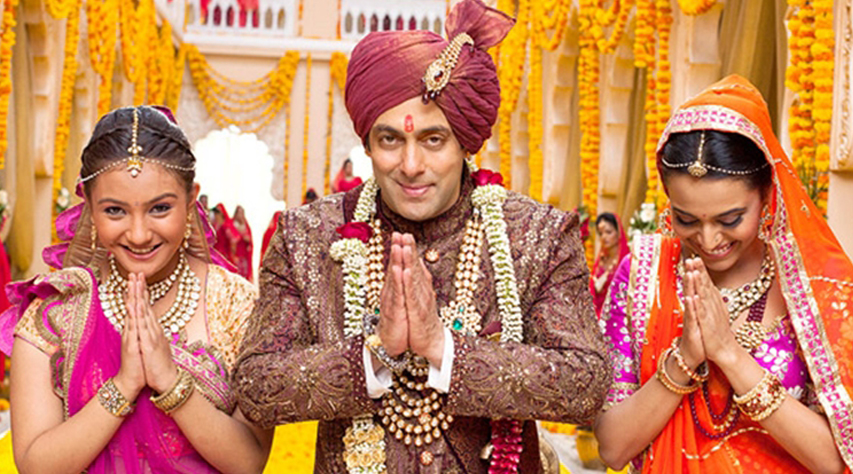 When the Diwan (Anupam Kher) and palace’s head of security (Deepraj Rana) spot Prem, they decide to use him as substitute until the prince recovers. It just happens to coincide with the time when Maithili is visiting them (unescorted for some reason, completely against royal protocol). Prem is happy to see her again and woo her with his bumbling ways while the princess believes that Vijay has had a change of heart. But Prem also has to handle the various familial politics in his own way until the prince returns. The solutions he offers are diabetes-inducing and impractical, but that is not all that is wrong with the film.

Prem Ratan Dhan Payo tries to be a family entertainer but also with an additional dose of action which does not work because of the excessive flamboyance. What could have been a cool sword-fighting sequence in the beginning between Ajay and Vijay looks like a child’s playground fight with the background score used. It sounds tonally off in a lot of scenes like a sad, violin track when a villain explains why he hates Vijay or jangling melodrama when it is not needed in that measure.

There is a lack of continuity with the styling too. The hairdos change several times in the same scene. Salman Khan is made to wear a brown moustache with black hair. Manoj Joshi’s lawyer character Bhandari has a major jump in hair continuity too.

The makers have created a whimsical world where our protagonists travel by decorated trains and horse-drawn carriages, even as they are listening to music on their iPhones. The only person using a car extensively is Ajay.

An excessive use of Hinglish dialogue when not needed sounds jarring in the film. Incessant brand placements look odd. And in a key coronation scene, it really does sound like the band is playing a festive version of the Game of Thrones theme. 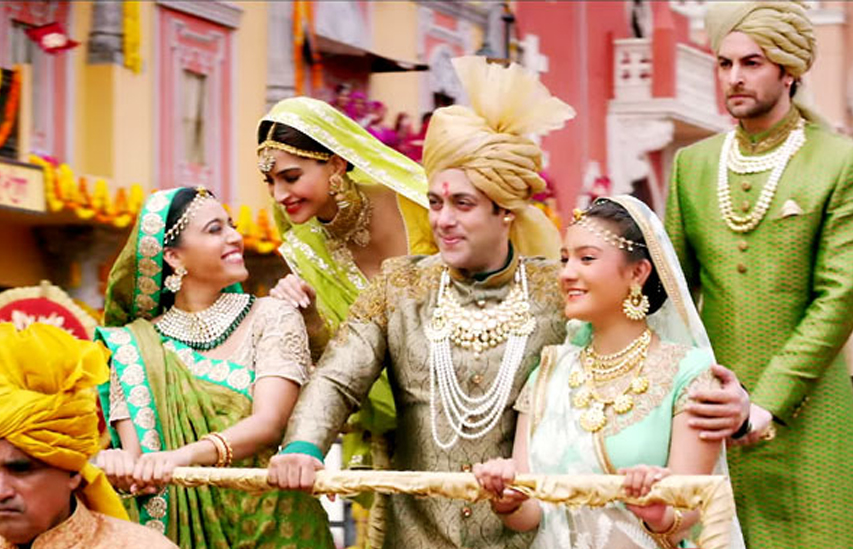 When Prem does deliver the sweets for the princess to the palace after the entire saga, one can’t help but wonder if they would have spoilt in that much time. Because when there are as many songs as this film has, you get a lot of time to think.

Silliness abounds unabashedly. It is a good hark back to the 90s but a bit overdrawn for the multiplex audience for today. Watch only if you are a hardcore nostalgic or a Salman Khan fan. The film hinges only on his antics to pull through.