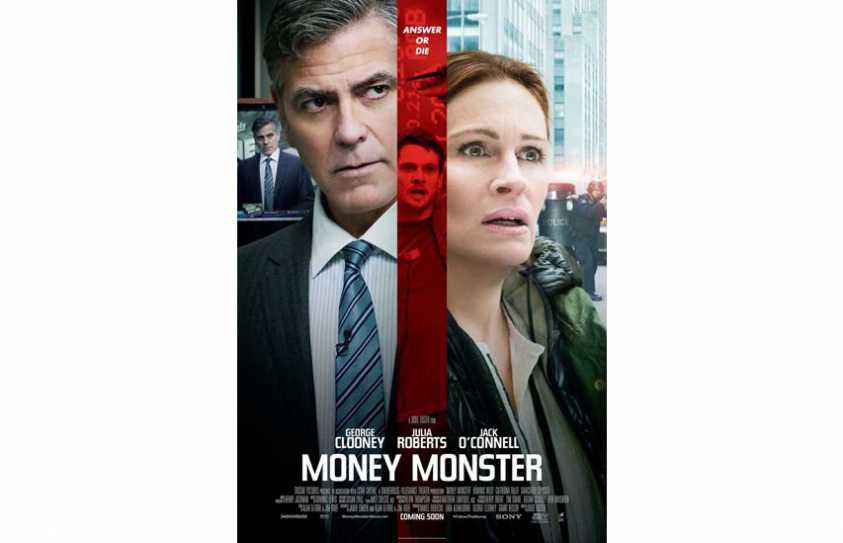 Money Monster takes a timely issue yet executes it with an inconsistent tone, quite unlike the structural superiority of Eye in the Sky which shuttles between closed room conversations and the action outside.

Lee Gates (George Clooney) is the flamboyant host of the financial talk show Money Monster. He gives advice on money matters to his viewers. Not all of it is accurate but his vehemence and hyperbole can compel one to pick up the stakes in a company he recommends. In this case, it is Ibis Global Capital's stock, which took a nosedive due to a glitch in a trading algorithm, costing the shareholders $800 million. The CEO, Walt Camby (Dominic West), is on a long flight, leaving Chief Communications Officer Diane Lester (Caitriona Balfe) to do the damage control. She is slated to appear on Money Monster but a visitor makes a guest appearance instead. 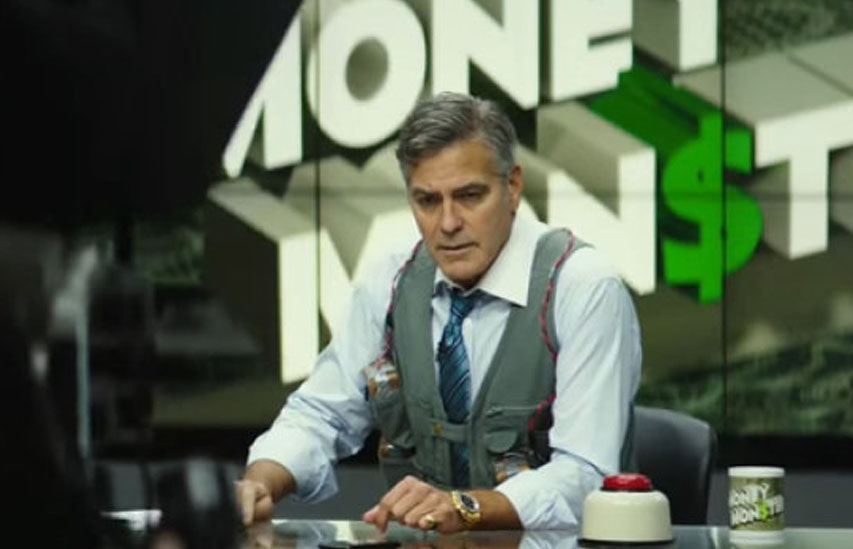 Kyle Budwell (Jack O'Connell) arrives, armed with a gun and a bomb vest he promptly orders Lee to don and demands that the cameras keep the show rolling live. A lot of the staff is evacuated but director Patty Fenn (Julia Roberts) and a small, trusted crew stays back to ensure that the telecast continues (and the host survives) without a hitch. The cops are trying to find a way to rescue Lee; Patty is trying to keep the host from shooting his mouth off at the armed man while Diane is trying to get to the bottom of what really led to the shares nosediving. 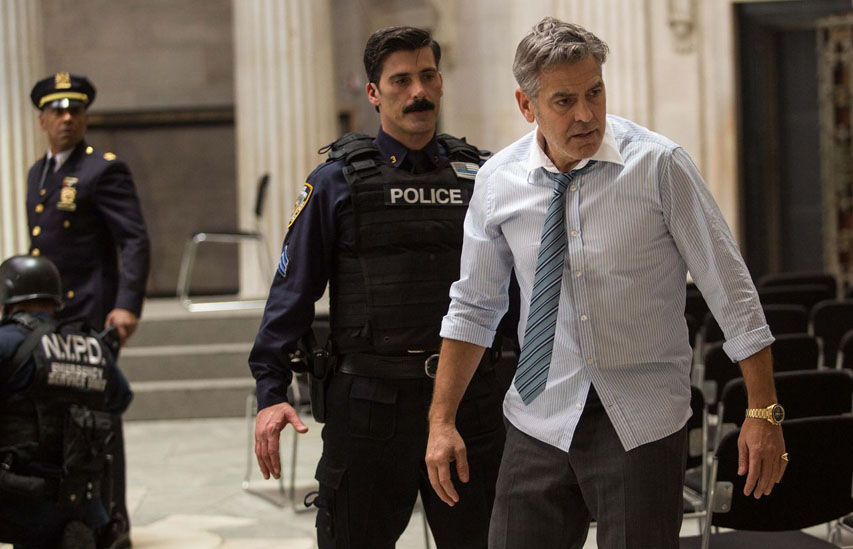 Money Monster tries to be a smart, entertaining thriller but somewhere is unable to decide whether it wants to parody the smug 1% or keep the tension going. Somewhere it becomes almost too easy for the host to sympathise with his captor, despite the sheer horror of his motives. There is a lack of character development, except for Kyle, though he is too dark and too unstable a protagonist to root for.
Lee and Patty do not get enough banter time to evoke any sense of sympathy for their characters. This is avoided so as not to compromise on pace but the film lags eventually because the tension is not taut enough to remain edge-of-the-seat. Still, Money Monster is an idea with its heart in the right place. Too bad the scripting was not on-point. Strictly a DVD watch.