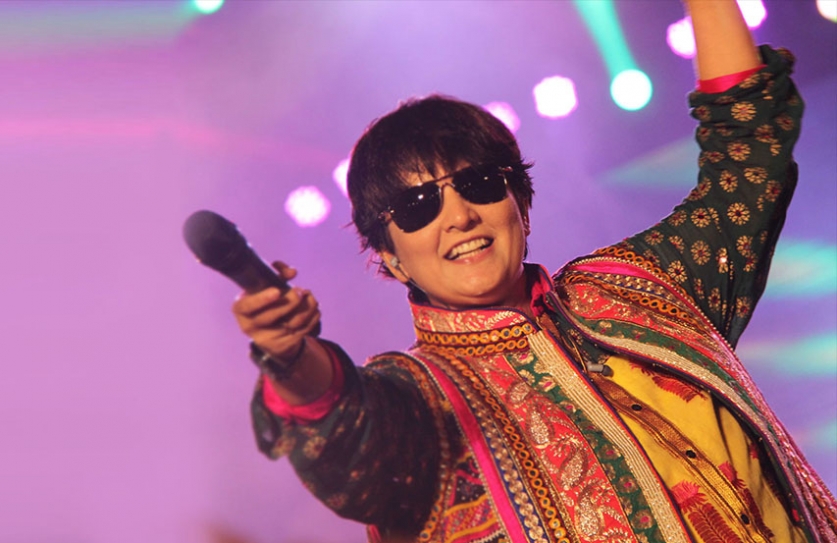 During Navratri, a cable channel made capital with Falguni Pathak live all nine days at a venue in suburban Mumbai. The entrance must have been unimaginable, but judging from the crowds it was the most happening Navratri. Nowadays, Navratris are more like disco nights with an ethnic touch. Fashion stores sell out faster than the chakris during the dandiya. I was reminded of that Navratri, when my Mum and I watched Doordarshan’s offering on our 14” B/W Crown TV. Though a studio set up, it was a singular show. A narrator introduced the significance of each day, which was enacted by a few dancers who performed a short ballet which fused into the traditional garba. Low on gloss, it hit a home run with its modest, but sincere presentation. Shows like Taarak Mehta Ka Ooltah Chashma and Bade Door Se Aaye Hai are getting set with their on-screen celebrations, where they weave the religious significance of the festival.

The second season of the indigenous version of 24 came to a close last weekend and the cliff hanger ending, ensures a season three. Colors also rang the curtain down on Chakravartin Ashok Samrat after about 450 episodes. Taking minimum liberties, Ashok Banker’s script was enhanced by quality production design and direction. The saga of the Mauryan Empire is now followed by Star Plus with Chandra Nandni, which revolves around Chandragupta Maurya, the founder of the Mauryan empire.

Other than historicals, epics and mythologies, television channels are looking at radically different narratives, moving beyond kitchen dramas. They are encouraging content providers to opt for stories dealing with extramarital relationships, illegitimate children and transgender protagonists; that too at prime time! This shift is auguring well, but will it be permanent? Channels have their eyes more on the TRPs and the bulk of eyeballs come from small town and conservative urban India, who relish family dramas peopled by over-dressed women. Will off-beat narratives wash well with the viewers?

Some producers are treading with caution. &TV’s Tere Bin took almost 60 episodes to bring the truth out to Akshay’s parents that Neeti’s biological father isn’t their son, but his best friend Neeraj who was to marry Vijaya when he died suddenly. In the meanwhile, Akshay meets Nandini, the girlfriend he had dumped; there is a rekindling of old ties with furtive meetings, and her demands for marriage.

Soumya, the protagonist of Colors’ Shakti — Astitva Ke Ehsaas Ki grows up being rejected by her father and grandmother as she is a transgender. Though she is now married to Harman Singh, who loves her, she tries to relocate herself among her ilk, but Harman has other plans. This is one tough script to handle.

In Star Plus’ Naamkarann, a young girl Avani, is the love child of Ashish and Aisha. She questions them about the truth of their relationship her father’s furtive visits at night and her legitimacy. Drawing from the show’s producer Mahesh Bhatt’s life, Naamkarann is likely not to make a compromise and go the whole hog with illegitimacy.