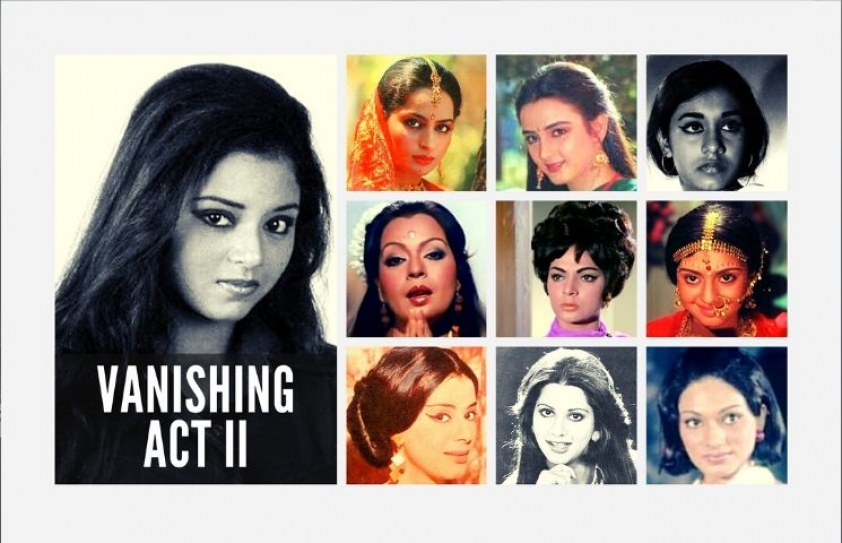 Film historian, Dhruv Somani, pens a sequel to his study on the actresses who retreated into the shadows

Here’s expressing my gratitude for the overwhelming response to my article Vanishing Act last Sunday.

Among the comments, it was mentioned that I had left out quite a few names of Bollywood actresses who just upped and disappeared from the scene.

Hence this follow-up, in which I aim to write about 10 more actresses who were no longer in the limelight, for a variety of reasons. There are Faryal, Preeti Sapru, Aparna Chaudhary and Neeta Puri whom I wished to include here as well but couldn’t find adequate information. 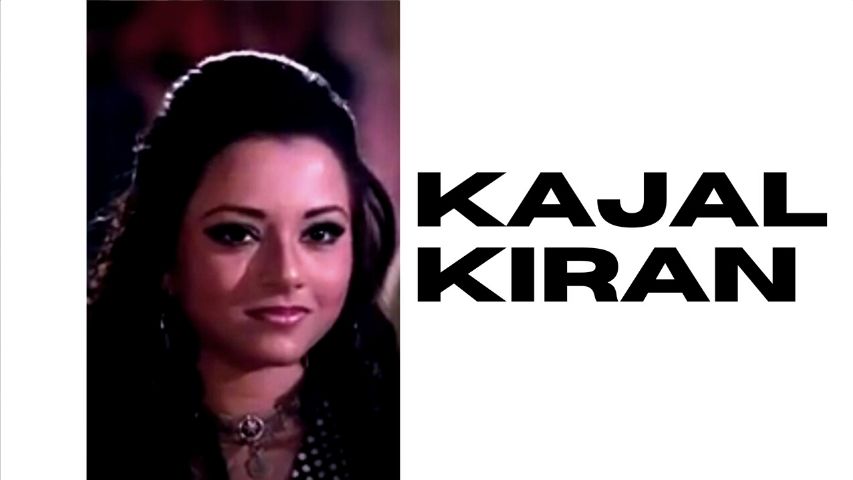 Born to a Maharashtrian family in Mumbai, she was introduced in Nasir Hussain’s breezy musical Hum Kissi Se Kam Nahin in 1977, opposite Rishi Kapoor and Tariq.  Declared a hit, the entertainer was bound to get her more roles right away. However, her career suffered since she was tied to a contract. She would have been seen in Nasir Hussain’s multi-starrer Zabardast, but it was shelved. Next, she featured in Maang Bharo Sajna, Ghar Sansaar, Humse Hai Zamaana and some films with the Ramsay Banner like Saboot, Haveli and Saaya. Relegated to second fiddle parts repeat the success of her debut film and as time passed, she was last noticed in Qurbani Rang Layegi in the early ‘90s after which she quit to get married. Settled in the U.S., she goes by her birth-name, Sunita Kulkarni. 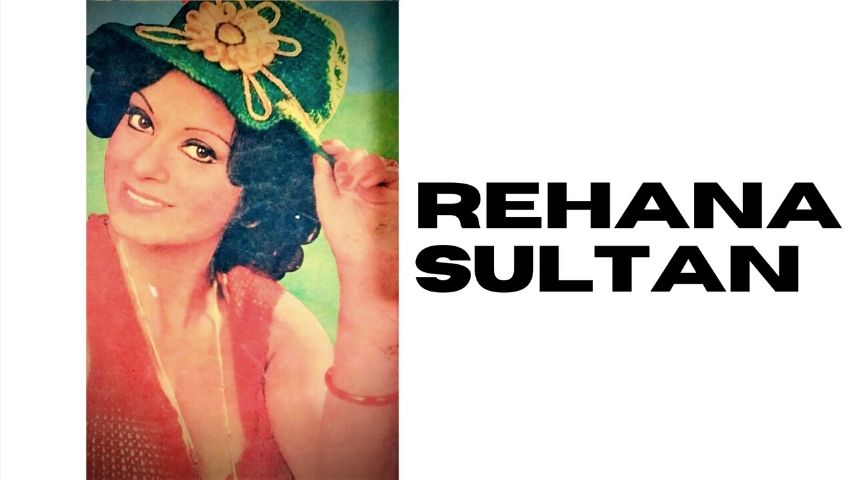 Provocative and decidedly different, she won a National Award for Dastak (1970), opposite Sanjeev Kumar. A student of the Film and Television Institute of India, Pune, she set off quite a stir by portraying a sex worker in B. R. Ishara’s Chetna opposite Anil Dhawan. Of the 30 films in her career, among the noteworthy ones count Haar Jeet, Savera, Tanhai, Dik ki Rahen, Agent Vinod, Khote Sikkay and Bandhan Kuchche Dhaagon Ka.  She moved on to TV serials and married her Chetna director Ishara who passed away in 2012. She was to make a comeback in Sudhir Mishra’s Inkaar but was eventually replaced by Deepti Naval. Today, she lives alone in an apartment in Juhu and hopes to face the camera again. 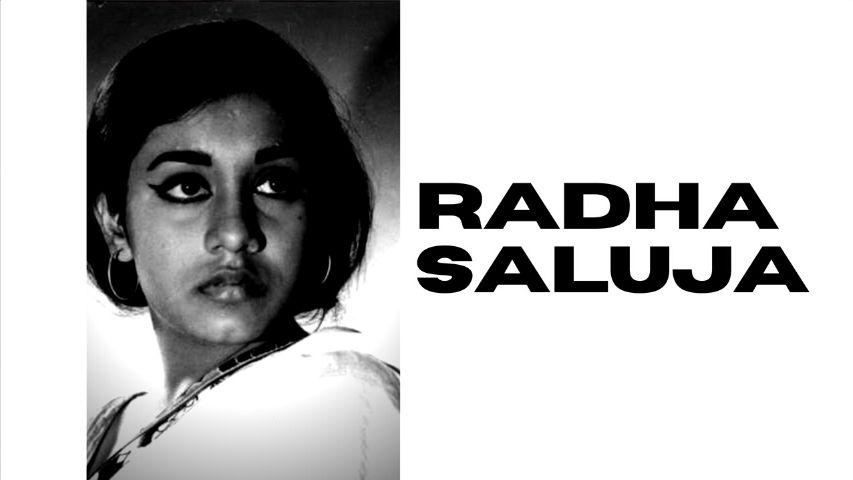 A graduate of FTII, she received favorable reviews for her first film Do Raha, which called for a bold and sassy performance. She also worked in Punjabi, Tamil and Telugu cinema. Some of her well-remembered films are Laakhon Mein Ek with Mehmood, Aaj ki Taaza Khabar, Aage Bhado, Haar Jeet and Minoo. She was last seen in Vidhu Vinod Chopra’s Sazay-e-Maut, Maila Aanchal and briefly in Razia Sultan. She migrated to Los Angeles and married a radio jockey Shamim Zaidi. Today, she lives there with her husband and son. 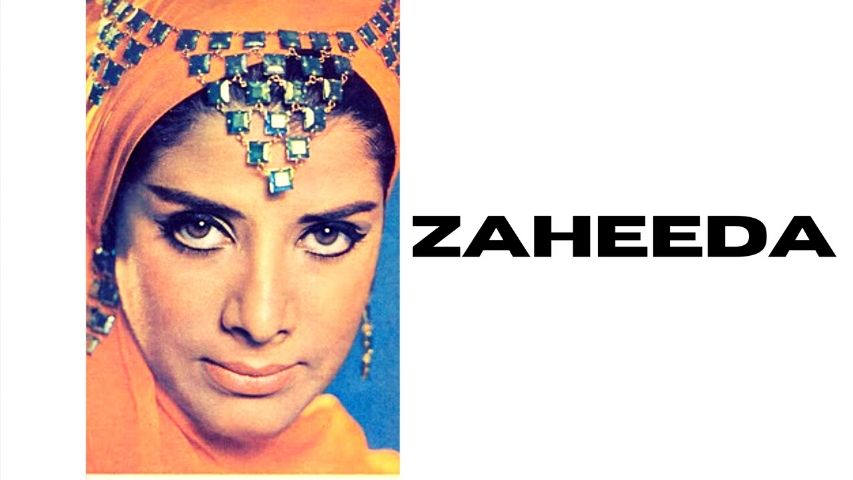 Daughter of film producer Akhtar Hussain, she was the niece of Nargis while her uncle was character actor Anwar Hussain. She debuted in the offbeat Anokhi Raat (1968) opposite Sanjeev Kumar. Next, she was seen with Dev Anand in Prem Pujari and Gambler. She was offered the role to play Dev Anand’s sister in Hare Rama Hare Krishna (1971), which she declined and Zeenat Aman was penciled in. Zaheeda was also seen in Maalik Tere Bande Hum, Teen Chor  and lastly in Neelima (1975) opposite Sunil Dutt. She quit acting to marry K.N. Sahay and today she is a mother to two sons. 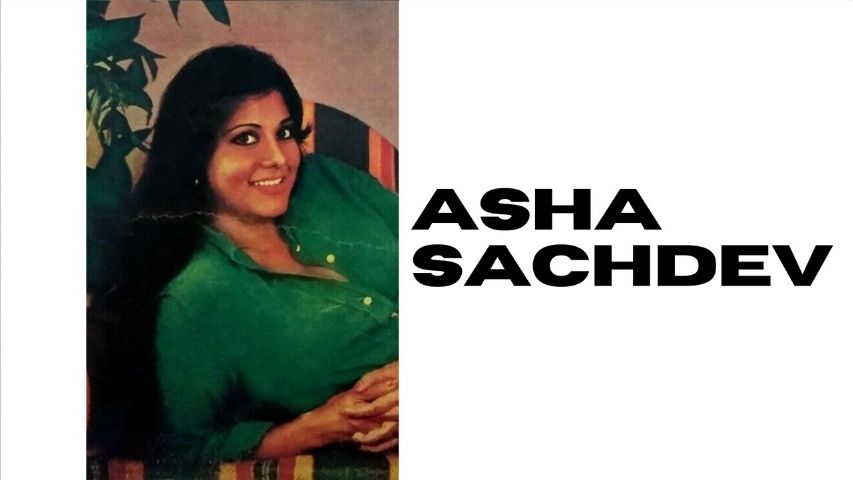 A graduate of FTII, at the outset she went by the name of Nafeesa Sultan and debuted in dacoit drama Bindiya Aur Bandook (1972).  Followed Gogi Anand’s film Double Cross, in the company of Vijay Anand and Rekha, Hifazat, Woh Main Nahin, Lafange, Mehbooba, Agent Vinod and Basu Chatterjee’s Priyatama (1977), for which she bagged the Best Supporting Actress Filmfare Award.  She is also remembered for her striking performances in The Burning Train, Satte Pe Satta, Saamri 3D, Baaghi,  Aaghaaz, Fiza (2000) and Aaja Naachle. She acted in the TV series Eena Meena Deeka and Jugni Chali Jalandar. Today, she leads a quiet life but is willing to bounce back on being offered a role she can’t refuse. 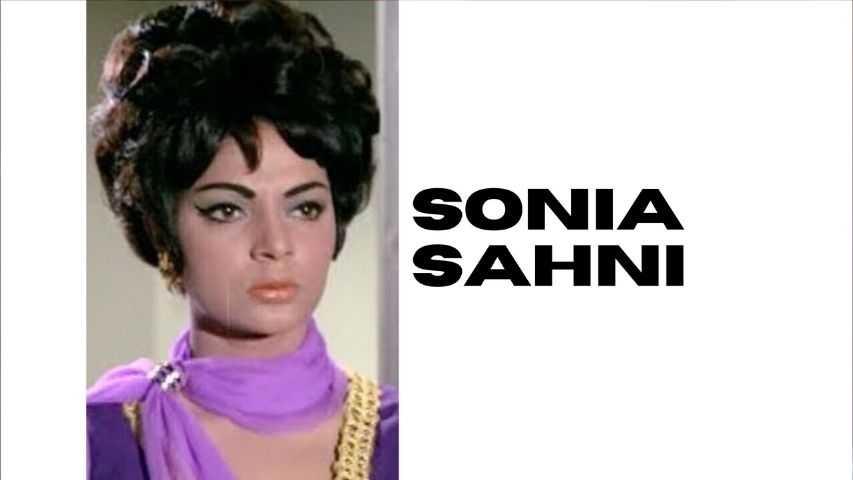 Born in Kashmir, she was spotted by I.S. Johar in a stage play. She was called to Mumbai and debuted in the comedy Johar Mehmood in Goa (1965), which was a major hit. She was under a five-year contract with her mentor who cast her in the franchise Johar in Kashmir, Johar in Bombay (1967), Mera Naam Johar and Johar Mehmood in Hong Kong. She went on to work with Kishore Kumar in Akalmand (1966), and worked around the clock for Raat ke Andhere Mein, Kaun Ho Tum, Sharafat, Hulchul, Jungal Mein Mangal, Wohi Raat Wohi Awaaz and 36 Ghante (1974), among others. Raj Kapoor cast her in Mera Naam Joker, Dharam Karam and assigned her an ultra-glamorous part in Bobby (1973) as Rishi Kapoor’s mother. She was last seen in the long-delayed film Love in Bombay (2013).

She married in 1976 to Shivendra Singh of the former royal family of Palitana (Gujarat) and continued to act till she became a mother of two children. After her husband passed away, she featured in the TV series Swabhimaan, Sparsh, Jannat & Kkusum. 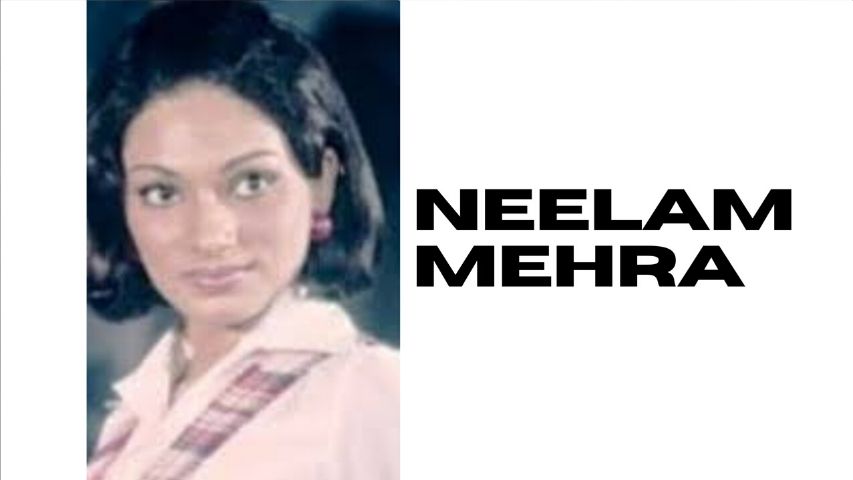 A  FTII  graduate (from a batch junior to Shabana Azmi) and daughter of Om Prakash Mehra (production manager of Raj Kapoor), she had auditioned for the title role of Bobby. That was not to be. She debuted in Khoon Ki Keemat (1974), opposite Mahendra Sandhu. Followed Inspector Eagle opposite Sanjeev Kumar, which also did well commercially. She was also seen in Nagin, Talabandi, Aadamkhor, Khooni Mahal and 100 Days. Plus there was a number of the Ramsay banner films, Hotel, Purani Haveli, Shaitani Ilaaka and Aakhari Cheekh, after which she moved on to television with  K serials like Kabhii Sautan Kabhii Saheli, Kkusum, Koi Apna Sa, Kayaamat and the long-running Kahani Ghar Ghar Ki.

Since the last seven years she has been teaching acting at the Balaji Institute of Creative Excellence and continues to appear in serials. A grandmother now, she believes in the Buddhist faith deeply. 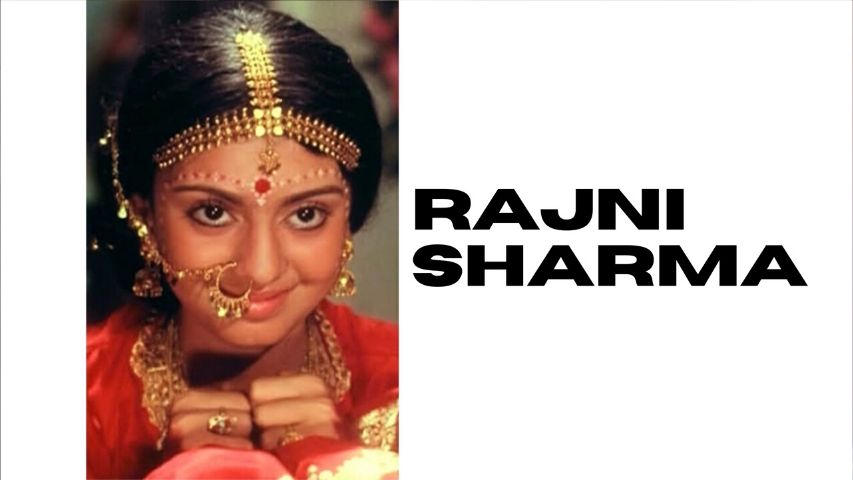 Child artiste Baby Deepa who worked in Aashirwaad, Hare Rama Hare Krishna, Paraya Dhan and Paapi made her debut in Tarun Mazumdar’s musical hit Balika Bodhu (1976), as a heroine opposite Sachin.  The song Bade Achhe Lagte Hain continues to be one of the top yesteryear melodies. She featured in Mr. Natwarlal, Aur Kaun, Kashish, Sweety, Chehre Pe Chehra, Prem Geet, Satte Pe Satta, Apradhi Kaun and Avataar (1983). After Kaali Basti in 1985, in which she played sister to Shartughan Sinha, she called it quits. 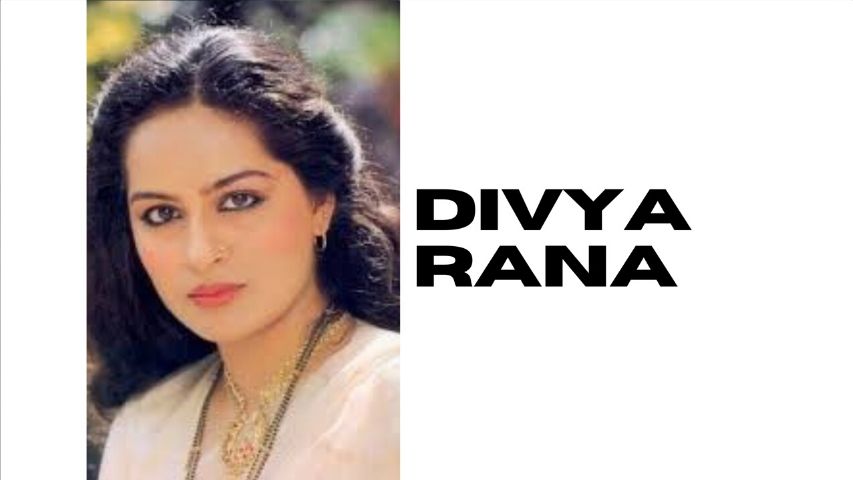 She was introduced opposite Raj Kapoor’s youngest son Rajiv Kapoor in Ek Jaan Hai Hum (1983), which did well at the ticket counters for its youthful spirit and a catchy music score. She played a key supporting part in Ram Teri Ganga Maili (1985). The grapevine buzzed that Rajiv Kapoor and she were going steady especially when they were paired again in Aasmaan. Her other noteworthy films include Param Dharam and Andha Yudh. Last seen in the dacoit film Aakhari Muqabala in 1989, she was surprised when I recognized her on a flight some years ago. Today, she teaches school children and can be found on social media as Salma Manekia. 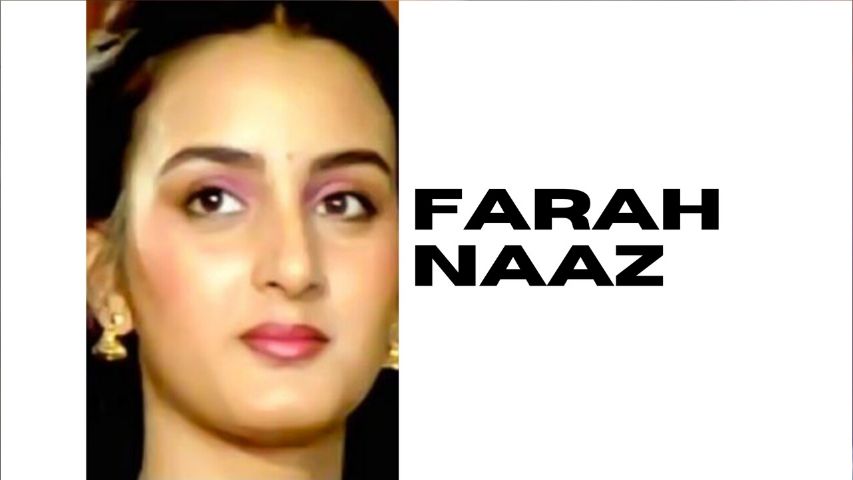 Utterly camera friendly and an able actress, she made her debut in Yash Chopra’s Faasle opposite Rohan Kapoor – the son of singer Mahendra Kapoor. Faasle tanked but Love 86 again with Rohan Kapoor clicked. Incidentally, Love 86 introduced Govinda and Neelam. Her most well-remembered performances can be witnessed in Naseeb Apna Apna, Palay Khan, Yateem, Imaandaar, Woh Phir Aayeegi, Naqab, Jawani Zindabad, Kala Bazaar and Pati Patni Aur Tawaif. She was last seen in the comic caper Hulchul (2004) opposite Paresh Rawal. She gave up her acting career to marry Vindu Dara Singh in 1996. The couple has a son but they were soon divorced. Next, she married actor Sumeet Saigal. Farah was outspoken and uninhibited, quite unlike her younger sister Tabu.