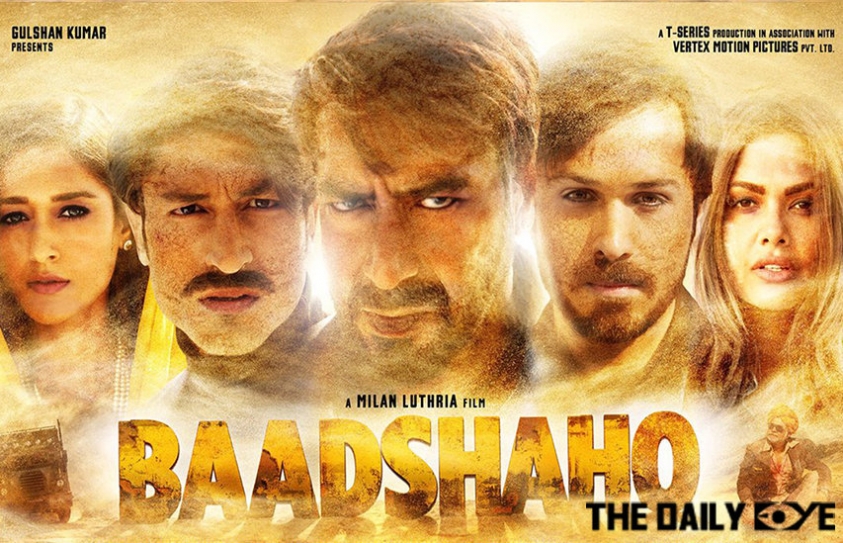 It’s like Bollywood will never learn to correct its mistakes. This movie is a half-witted heist film with the backdrop of the Emergency (1975). Milan Luthria’s ‘chor-police’ story takes place almost entirely in Rajasthan and it’s by far one of the worse movies of the year. Ajay Devgn and Emraan Hashmi’s pairing is utmost tragic. The only character worth watching was Sanjay Mishra. It would have probably been a greater joy to watch, if the whole movie was based on his character. Story, direction, acting and even sheer logic gets chucked out of the window, never to be found.

When a beautiful princess named Geetanjali (D’Cruz) appoints her bodyguard (Devgn) to retrieve her treasure from the hands of the miscellaneous police officers and army men including hunky but tightlipped Vidyut Jammwal, things go south (for the movie). Emraan Hashmi and the rest of the team then fall in place for the heist. A masala guilty pleasure entertainer is expected to have a weak plot and ‘seeti-maar’ dialogues, but who can ignore ingrained misogyny in every scene. In a year packed with insanely strong female led performances and characters, we get a movie with female leads that are merely ‘decorative’ in the movie. Esha Gupta’s character has little to no backstory and she doesn’t provide anything cohesive that pushes the plot forward. It’s like the filmmakers just decided that they needed another pretty face. Geetanjali seems like a strong character but her motives were childish and illogical. She serves for no more than a damsel in distress that strokes the Indian male ego. The twists in the movie can be seen from miles away. By the time you get to the twist, you can’t help but laugh at the absolute absurdity of it.

Sure, the crowd applauded at the entrance of suave Ajay Devgn and whistled during the Sunny Leone item song, but that’s about it. The only character that tries to redeem this joke of a movie is Sanjay Mishra’s character (there’s literally nothing else). He was the only one who cracked me up after long stretches of dullness. Unfortunately, his presence is not enough. The masala movie formula is dying with audiences constantly raising the bar for good cinema. During the finale, which includes a CGI sandstorm, a Mexican standoff and a bad fight sequence, the movie is lost.

After spending a tiresome amount of time waiting for something to happen in the movie, I’m just glad Vidyut Jammwal kept his shirt on. The un-linear timeline that we see in most heist films only serves as a backfire for this movie. Plot holes were evident and in a desperate struggle to join the dots the filmmakers end the film with the easiest way out- by mother nature’s intervention (sandstorm). Never in the movie were the actual stakes or danger felt. Hopefully the age-old masala movie hoax will die with this unfortunate film.