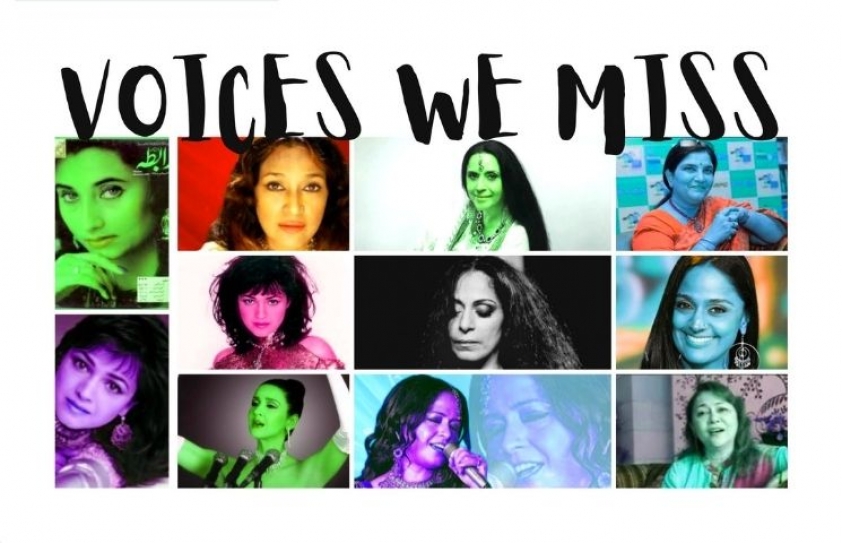 There are quite a few film playback voices we miss hearing nowadays. Lata Mangeshkar and Asha Bhosle ruled for decades. And there were Suman Kalyanpur, Hemlata, Usha Khanna and the feisty Usha Uthup who carved a niche of their own.

Then new female singers arrived on the block with their private albums and glamorous stylized videos that were shot for promotions, which made waves, particularly with the youth. Each singer had a distinctive voice, albeit majorly influenced by the west’s pop-rock stars like Madonna, Cyndi Lauper, Diana Ross and Samantha Fox to name a few examples.

Our fresh Indi-pop singers even ruled the music business for a while, thanks to their heavy rotation on MTV and Channel V. The name, which immediately comes to mind, is Anaida whose tracks Oova Oova, Hoo Halla Hoo and Kachhi Kali rocked the pop charts. Anaida could sing in as many as 11 languages.

Now, here’s looking back at 11 female singers of the pre-new-millennium times whose voices on private albums as well as film songs had made a sudden impact but whom we sorely miss today: 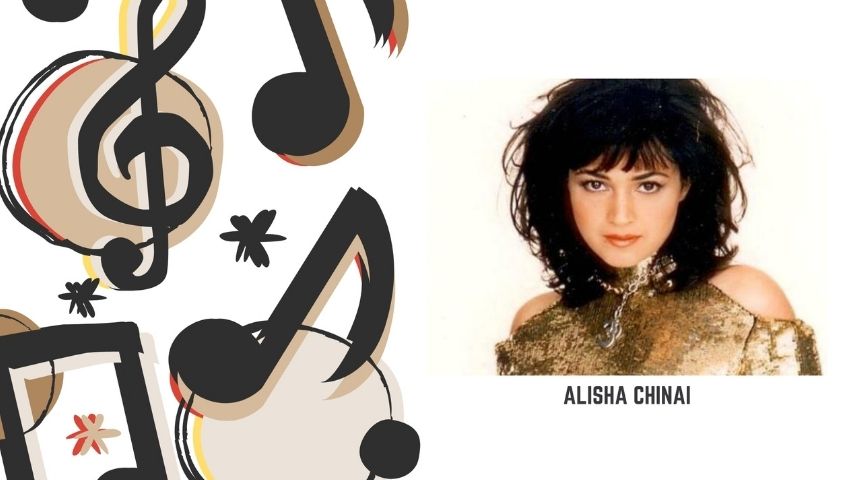 The queen of the Indi-pop, she started out with the album Jadoo (1985) while her albums like Baby Doll came much before the hit Ragini MMS song of the same title by Kanika Kapoor. There is no doubt that her albums Madonna, Kamasutra and the highly popular ‘Made in India’ (written by Biddu) made her a household name. Born in a Gujarati Family with her original name as Sujata she revolutionized the music industry as Aah…Alisha.

There was no stopping her with hits after hits for Vijaypath (Ruk Ruk Ruk), Khuddar (Sexy Sexy Mujhe Log Bole), Tridev (Raat Bhar Jaam Se Jaan Takraiga), Raja Hindustani (Tere Ishq Mein Nachange), Murder (Dil Ko Hazaar Baar Roka) and songs from No Entry, Don, Dhoom 2, Kambakht Ishq, Kya Love Story Hai, not to forget Kajra Re from Bunty Aur Bubbly and Tinka Tinka from Karm, before she inexplicably slowed down, shifting, it is believed, to an Alibaug farmhouse. By the way Madonna, herself, had praised Alisha’s crooning style as very close to her own. 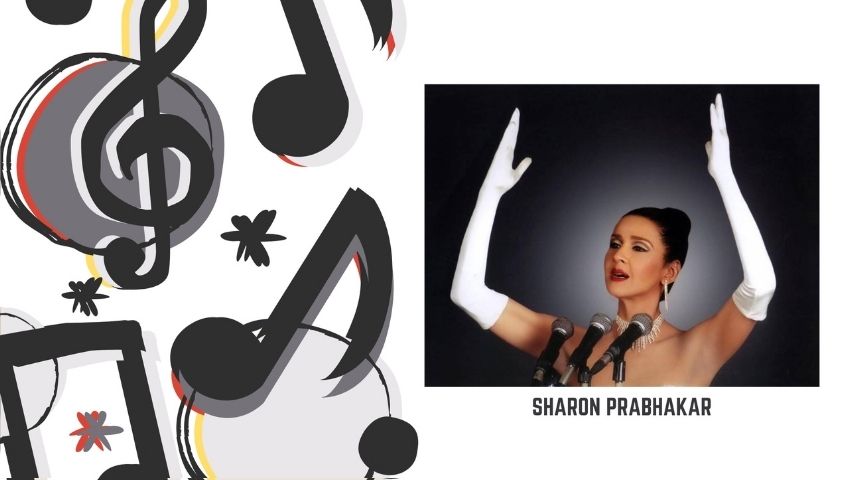 She ruled the pop era of the 1980s, becoming a top ranker when she swept the polls of the television show Pop Time. Always praising her competitors, she was cordial and friendly with most of them like Alisha, Parvati Khan and Shweta Shetty.

Her debut album Shabash Sharon for HMV did well. The late Prime Minister Rajiv Gandhi appreciated her for her number for the Asian Track and Field meet. She also performed the opening act when Michael Jackson arrived in India.

Besides being a singer Sharon was also a theatre personality, encouraged by her husband Alyque Padamsee, to play starring roles in Evita, Cabaret and The Odd Couple. 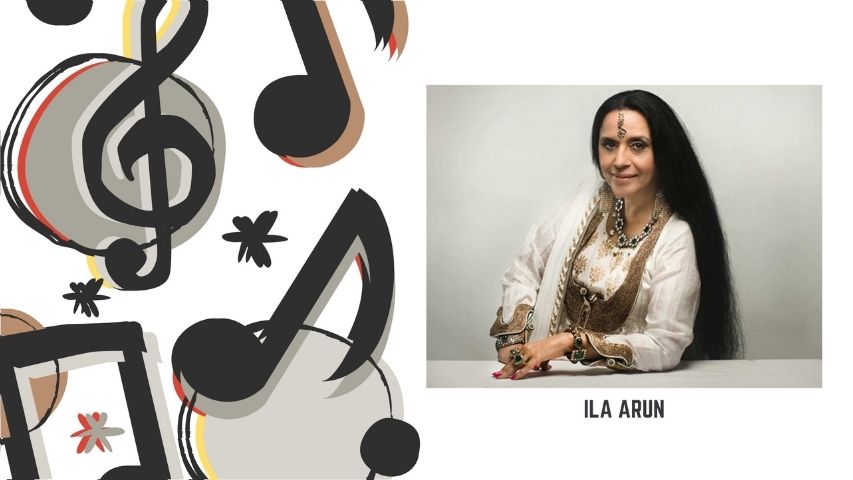 As for her film songs, she was lavishly praised for Morni Bagama Bole Aadhi Raat Ma  (Lamhe) followed by renditions for Jaal, Batwara, Naaraz, Diya Aur Toofan and Raavan.

Her popularity grew by leaps and bounds with Choli Ke Peechhey Kya Hai and Nayak Nahin Khalnayak Hai Tu from Khalnayak, as well as the song Gup Chup Gup Chup from the film Karan Arjun.

Ila Arun has multi-tasked as a stage and as a film artiste in Mandi, Ghaatak, Jaal, China Gate, Welcome to Sajjanpur, Chingaari, Begum Jaan and the recently released OTT film Raat Akeli Hai.  Yet, she isn’t heard about more often, which is a pity. 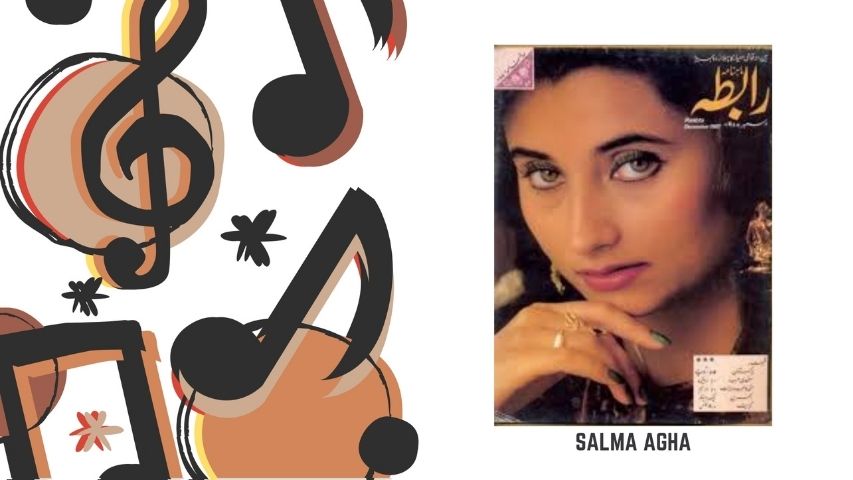 Born in Pakistan and raised in the United Kingdom, she sang and acted in both Pakistani and Hindi films. She made her big screen debut with B.R. Chopra’s Muslim social Nikaah (initially titled Talaaq Talaaq Talaaq) opposite Deepak Parashar and Raj Babbar. The Nikaah soundtrack became a bestseller even before its theatrical release. The memorable songs Faza Bhi Hai Jawan Jawan and Dil Ke Armaan Ansoo Mein Beh Gayee, sung with nasal undertones were decidedly different and yet appealed to the masses. Her private ghazal album Ek Baar Milo Humse and Husn were well received.

Her songs featured in Aap Ke Saath, Pataal Bhairavi, Cheekh, Kanwarlal and Param Dharam. Salma did try to make a comeback to Bollywood, besides an attempt to introduce her daughter, Sasha, as a leading lady in Aurangzeb, but it was never the same again. 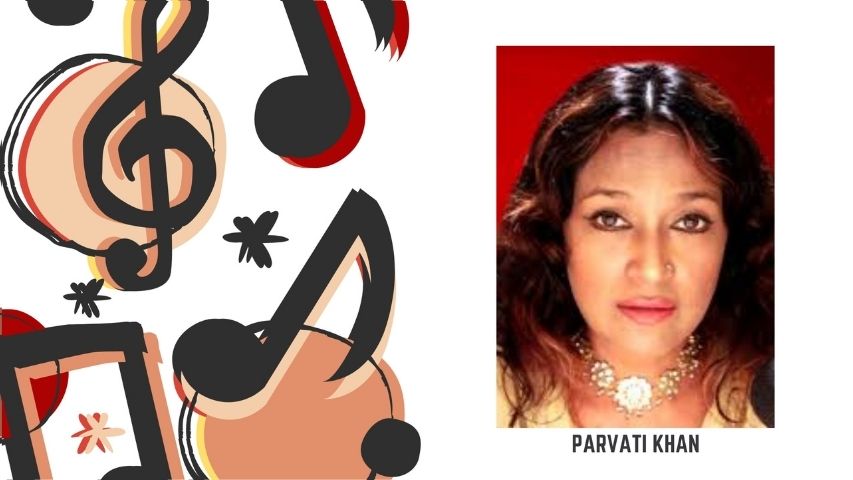 Of Trinidad and Tobago origin, the slim and svelte Parvati had listeners swaying to her catchy tunes as she transformed from one trendy outfit to another on the video promos. She did shows all over India and abroad.

Her Papa number, which became a success, was a direct lift from Madonna’s popular number Papa Don’t Preach. Her ticket to fame came with the Disco Dancer song - Jimmy Jimmy Aaja Aaja, pictured on Kim. Some of the other films she was heard in were Maa Kasam, Love Love Love, Aasman Se Ooncha, Tirchhi Topiwale, Rock Dancer, Misaal, Parbat Ke Us Paar and 7 Bijliyaan.

I wonder why she failed to cash in on to her stardom after Disco Dancer. She was last seen performing for Bappi Lahiri’s show in Mumbai in 2017. 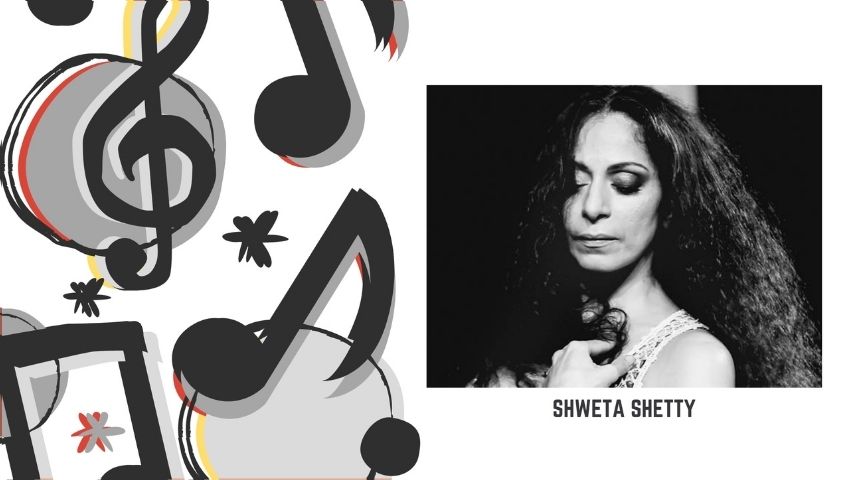 Deewane Toh Deewane Hai sang Shweta Shetty and was marked out for her husky voice and bold videos. Her first album Johnny Johnny Joker was an averagely successful but her second album was a topper. She rendered songs for Bichhoo (Tote Tote Ho Gaya), Salaakhen (Peechu Pade Hai), Rangeela (Mangta Hai Kya), Ziddi, Aflaatoon and Zameen after which she got married and shifted base to Germany. Now she is back in India, so here’s hoping she resumes her singing career. 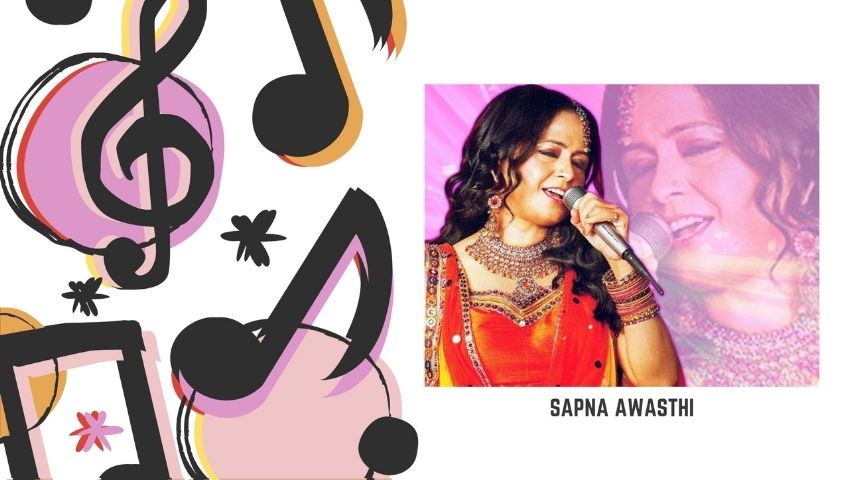 A trained folk singer, she started off at Delhi radio at an early age. She sang and also acted in a few episodes of Gulzar’s serial Mirza Ghalib but quit acting.

Composer Dilip Sen who gave her a break as a playback singer for Shekhar Kapoor’s Dushmani, had heard her first – her song Banno Teri Aankhiyan pictured on Neena Gupta and Manisha Koirala was instantly popular. But her first released song was - Saawre Saawariya - for Ekka Raja Rani Mere Sawre Sawaria, which was thumbed up. Ditto some of her private albums for the Venus label.

She is remembered for crooning Pardesi Pardesi (Raja Hindustani) along with Alka Yagnik and Kumar Sanu.  A. R. Rahman’s Chhaiya Chhaiya from Dil Se was another feather in her cap. She kept in the music groove with songs for Hum Tumhare Hai Sanam, Darmiyaan, Rockstar, Anjaam, Raavan and Dulhan Banno Main Teri. Incidentally, Chamma Chamma for China Gate was sung by her but was dubbed later by Alka Yagnik. Comparisons with Ila Arun were inevitable, since she too had a rustic voice but she created her own following. 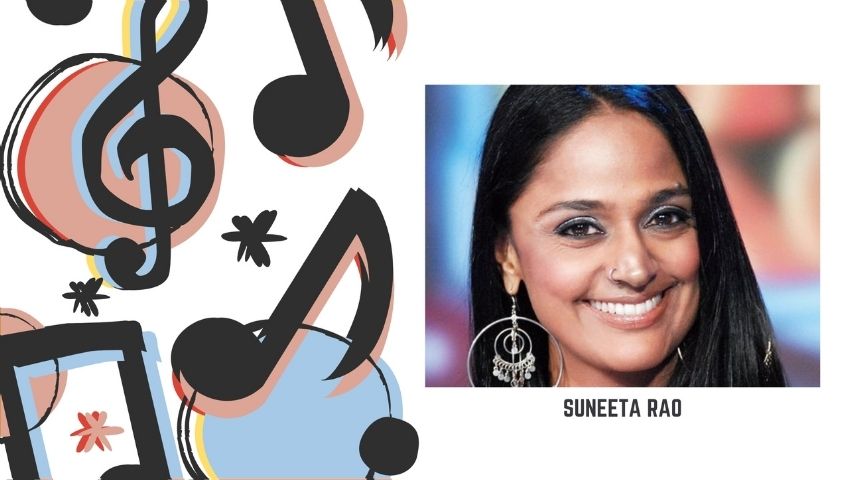 She arrived on the Indi-pop scene with the album Dhuan in 1991. The track Pari Hoon Main was an instant crowd-pleaser and became a must at dandiya raas functions.

Born and brought up in Germany, she completed her education in Mumbai’s St. Xavier’s College and acted in the plays Evita and Greased Lightning. Her private album Sunita Senorita didn’t measure up to the quality of Dhuan although it had music by Leslie Lewis. Her stint for playback singing was rather brief with some songs for Gulaam-E-Mustafa, Dulhan Hum Le Jayenge, Kahin Pyar Na Ho Jaaye - besides some films in the South with A.R. Rahman. 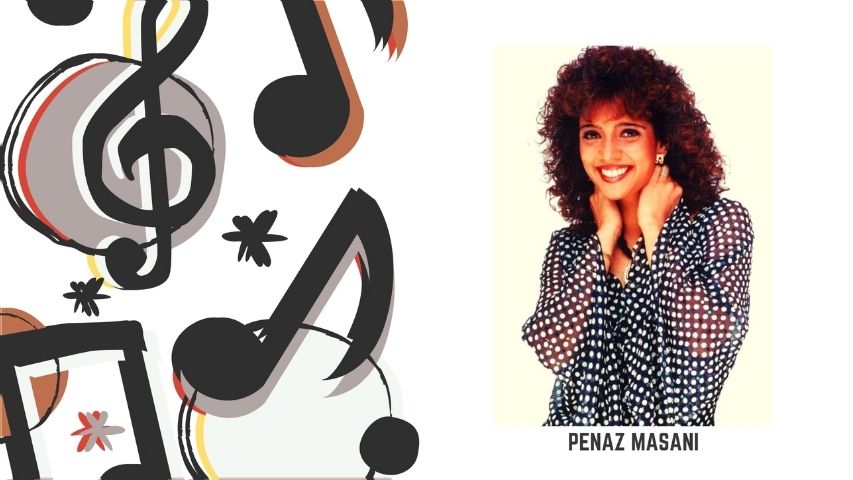 An accomplished ghazal singer, she began her career at an early age during the 1980s. Occasionally, she did playback singing for films. She mostly performed at concerts in India and abroad, besides appearing on TV shows. 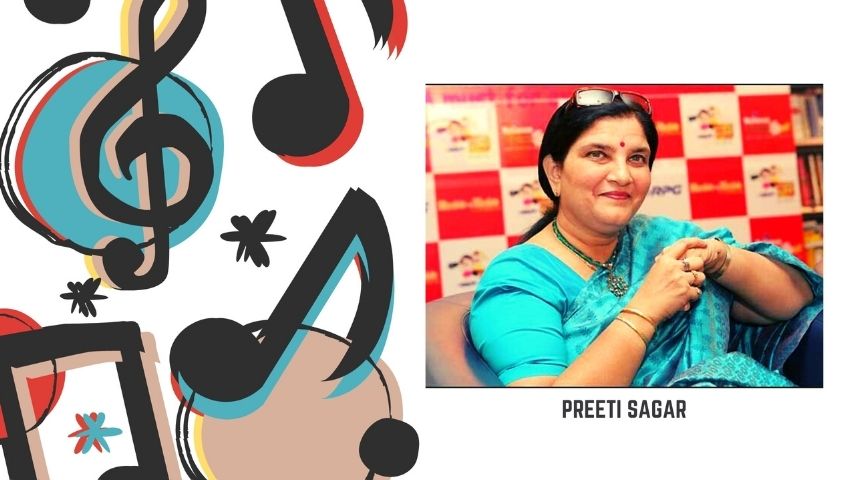 She was the undisputed queen of jingles and folk songs after which all of a sudden, she was seen in a flowing skirt with a hat swaying and singing an English song. That’s when her moment of big-time fame came with the song My Heart is Beating.

Her songs can be heard in Laila Majnu, Nishant, Manthan, Mandi, Bhumika, Dooriyan, Anand Ashram, Locket, Shaayad, Dulha Bikhta Hai, Jhutha Sach and the horror film Guest House. Over three hundred songs to her credit, she moved on to specializing in albums of nursery rhymes, which were snapped up by parents for their children. 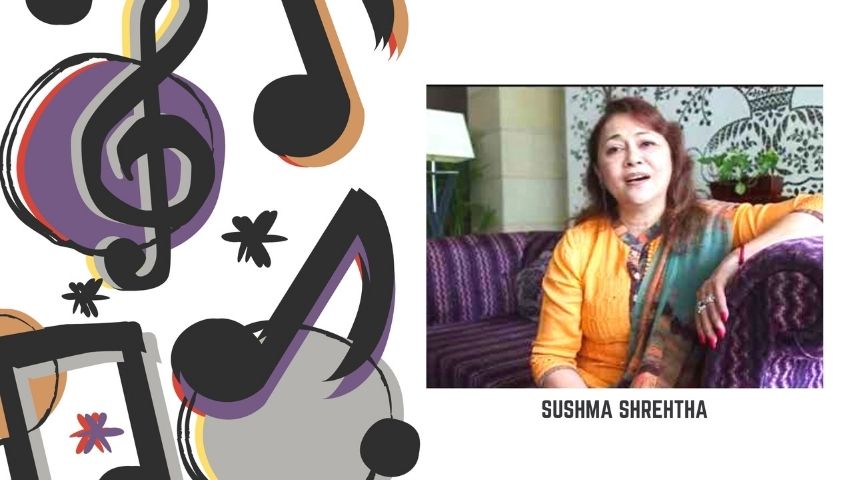 Poornima Shrestha popularly known as Sushma Shrestha began her career as a child singer with Ramesh Sippy’s Andaz (1971) under the baton of Shankar-Jaikishen with the song Hai Na Bolo Bolo, along with Mohammed Rafi and Suman Kalyanpur. She crooned some of her best numbers around the age of 11, for R.D. Burman’s Aa Gale Lag Jaa, The Burning Train, Dharam Karam and Hum Kisise Kum Naheen.

She made a comeback in 1992 as an adult singer as Poornima with Tu Tu Tu Tu Tu Tara from Bol Radha Bol. A prolific songstress, at one point, she was heard in Anjaam, Raja Babu with the controversial Sarkai Lo Khatiya Jada Lage, Gopi Kishan, Laadla, Vijaypath, Judwaa, Hero No: 1, Biwi No: 1 and Coolie No: 1 etc. She would sing most often for Karisma Kapoor and Juhi Chawla in the 1990s.