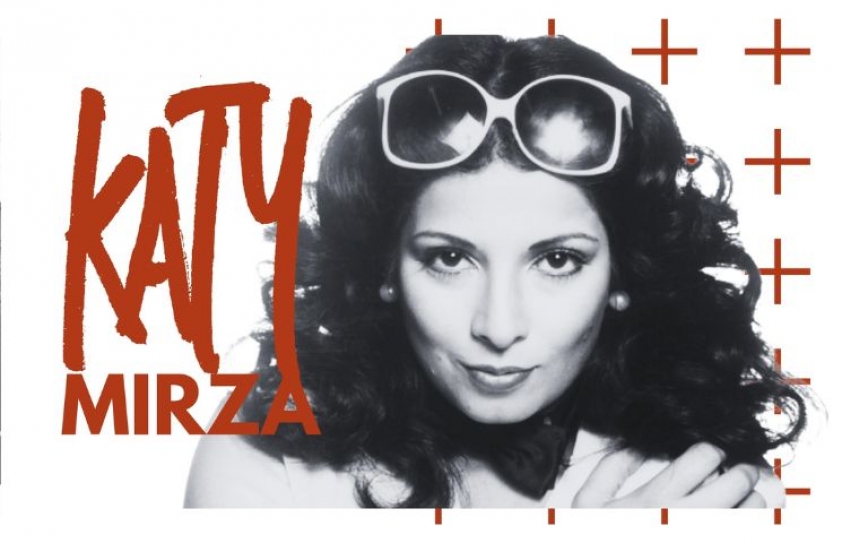 Film historian Dhruv Somani narrates the cautionary tale of Katy Mirza, the Playboy Bunny who sought a career in Bollywood but in vain.

She was the talk of show town during the 1970s and ‘80s. Born as Katiya Mirza in Aden (Yemen), hers was quite a long and winding journey. Her parents were Indian and both professionally worked as Income Tax officers. She had been sent by her parents to complete her schooling at St. Joseph’s Convent School Panchgani where Zeenat Aman too was a student.

Financial struggles eventually brought the family to the United Kingdom in the late 1960s. That’s when Katy Mirza was exposed to the creative world:  she aspired to become a graphic designer. As it turned out, that aspiration meandered towards the obstacles of lust, desire and glamour.

Being a graphic designer was not enough to live in an expensive metropolis like London. To make ends meet, she secured herself a job as a receptionist at the London’s Hilton Hotel. Attractive and congenial, she was spotted by a Playboy Club employee around 1972 as a potential ‘Bunny’ for the glossy men’s magazine Playboy - it was popular for semi-nude centerspreads, which was then a prime source of X-rated entertainment in the print media.

After an audition, and a brief meeting with the magazine’s boss man, Hugh Hefner, an Indian Playboy Bunny was born. In fact, most say that she was the first Indian girl to become famous as a Playboy Bunny. She was clicked for the centerspreads usually reserved for the winners of beauty pageants and top-line models.

Being a Playboy Bunny in those days was an accomplishment, requiring rigorous training and sessions to understand different aspects of cocktail tasting and the manner of conduct with members of the Playboy Club. Being an extrovert and open-minded, Katy was the perfect fit. 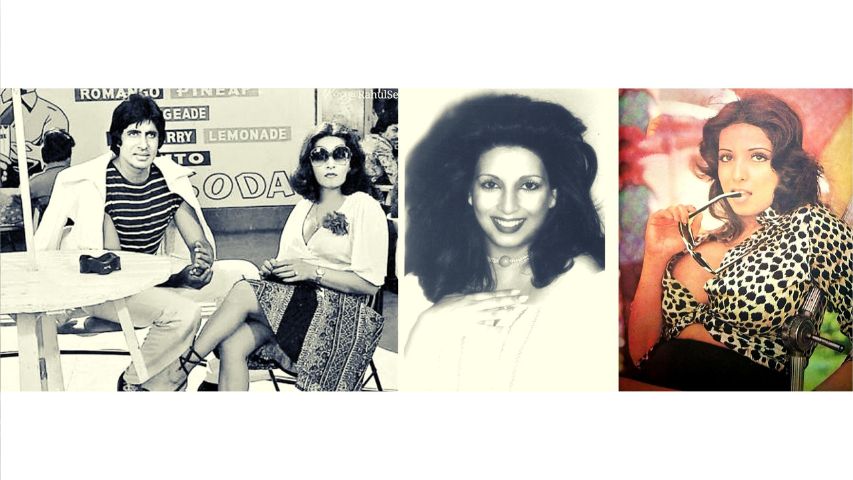 However, by the late ‘70s she was tempted to gravitate towards the entertainment industry. Bollywood became her dream goal, and tempted by several film offers, she shifted to Bombay. Even though she had a short stint with Playboy, she drew immediate attention of the Bollywood’s producers, directors and actors. She clinched some film offers but unfortunately, quite a few of them were shelved midway. Unbeknownst to many she would model frequently and once late at night, travelled all alone in a bus from Bombay to Pune to shoot for a scooter ad.

Katy Mirza had been signed for Kissa Kursi Ka (1977), a controversial satire on the politics of Mrs. Indira Gandhi and her son Sanjay - it was banned during the Emergency period.  Its reels were confiscated and destroyed, even after the decision from the Supreme Court to safeguard the print had been made. Subsequently, when the Emergency was withdrawn it was remade featuring Shabana Azmi, Raj Kiran, Manohar Singh, Utpal Dutt and Katy Mirza. She essayed the role of Ruby, a politician’s personal secretary. But the film tanked at the box office.

She also featured in the Amitabh Bachchan starrer Kasme Vaade (1978) along with Raakhee Gulzar, Randhir Kapoor and Neetu Singh in a brief role. She was seen in Jail Yatra (1981) along with Vinod Khanna and Reena Roy and in the Punjabi Film Chadi Jawani Bhudhe Nu (1976). Hence, she could not exactly make waves in B-town movies. Meanwhile, rumours also went around about her closeness to Rishi Kapoor and Premnath.

She had signed a major film, 007, with Rajesh Khanna playing the title role and Padmini Kapila, Komilla Virk as his co-stars, but again for no fault of hers after a few reels of the film had been shot, the film was shelved. Similarly, Sunil Dutt in his capacity as a producer had announced a project titled Akela but due to a misunderstanding, she quit the project and the film was later shelved. Indeed, a number of projects were announced with her name in the cast but for unknown reasons they didn’t materialize. In the midst of such disappointments, Katy appeared in just one shot with Amitabh Bachchan in Shaan (1980) and she also did the title song of the same film Doston Se Pyar Kiya, Dushmano Se Badla Liya, Jo Bhi Kiya Humne Kiya, Shaan Se where she was outfitted in white leotards in the beginning of the film. 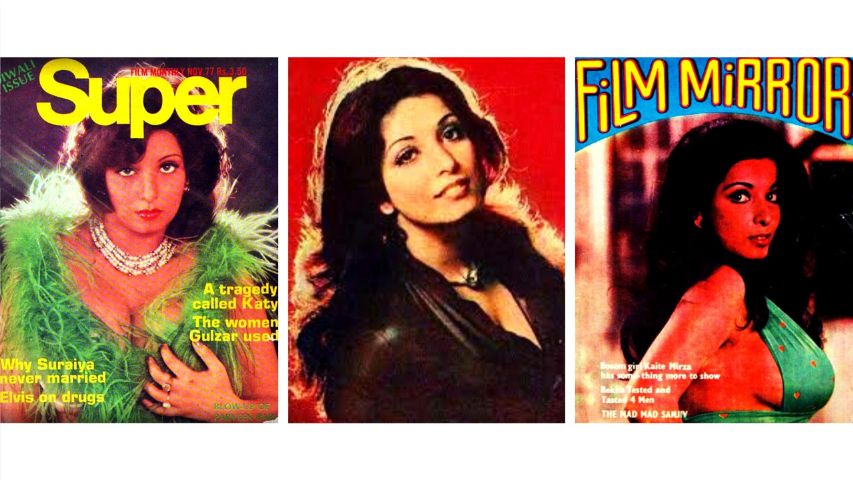 Another incident, which went against her was in the late ‘70s. She had done a bold photo shoot and distributed the photos in the industry. It gave the impression that she was merely trying to capitalize on her voluptuous figure. She was honest enough to admit that all newcomers make mistakes. Persis Khambata, winner of the Miss India title appeared on the scene with a similar background and was often compared to her. While that comparison was odious as Persis did land roles in Hollywood - she appeared, with her head shaved bald, in Star Trek. In Bollywood, though, Persis could never make it to the A-list.

Other films in which Katy Mirza played minuscule roles were Chalta Purza (1977) and Chowki No: 11 (1978). During her seven-year stint in Bollywood she scored more misses than hits. An insider of the movie trade claims that she was fed up of being treated chauvinistically and returned to London.

There, she focused on modelling and ad films, besides appearing in serials like The Garland (1981) and The Magician of Samarkand (2006). A close friendship with a man of Pakistani origin who ran a restaurant, led to the birth of their son Firoz Mirza who is settled in London.

Katy’s brave attempt at a film and TV career faded away and it was inevitable. The retired Katy Mirza continued to lead a quiet life in London till 2017, succumbing to a terminal illness in 2017 at the age of 67. She always regarded India as her home and retained her apartment in Juhu.

Thereby hangs a typical Bollywood heartbreak tale. Today, with a comparatively far cautious and respectful attitude towards women, Katy Mirza’s could have been a real success story. If Sunny Leone and Nora Fatehi can become sensations, and command appropriate fees, there’s no reason that Katy’s story would have been any different.

It was heard that Madhur Bhandarkar was keen to make a slice-of-life film on Katy Mirza but has inexplicably dropped the subject.