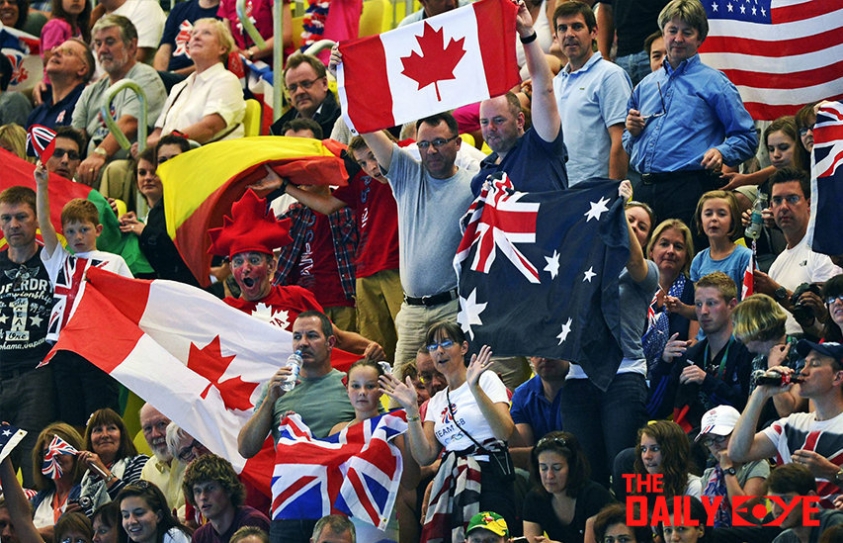 Countries that have the Most Positive Influence on the World

Which country pops up in your head when you think about the countries having the most positive influence on the whole world? Earlier this summer, research firm Ipsos released their findings from a poll asking this question to over 18,000 people across 25 countries. They asked participants whether a handful of countries and supra-national governmental agencies (like the European Union) were “having an overall positive or a negative influence on world affairs.” Read more to find out if your country made the cut! 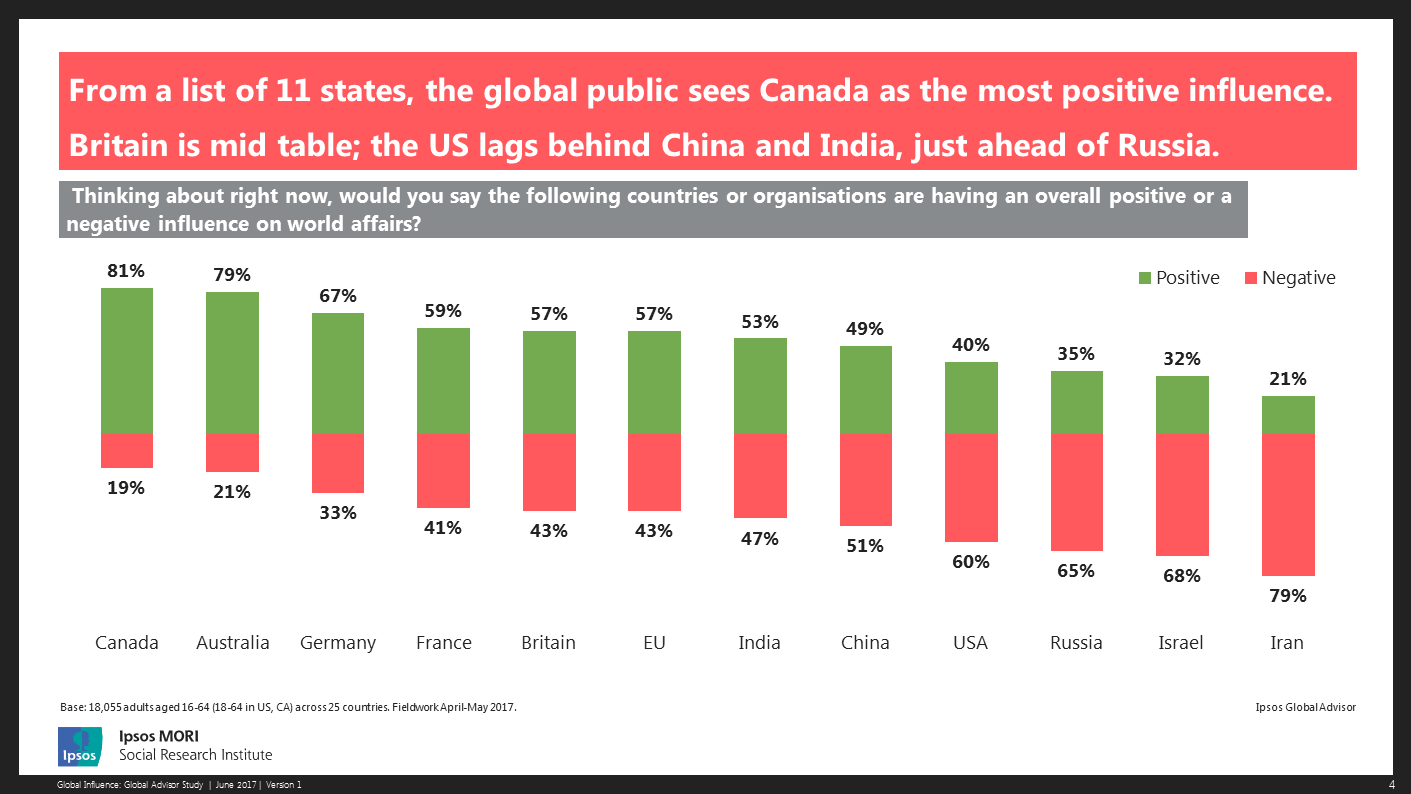 Canada is ranked first, with a whopping 81 percent believing it influences the world positively. Israel and Iran are at the bottom of the ranking with only 32 percent and 21 percent of people polled, respectively, viewing their global influence in a positive light.

The U.S. image dropped 24 percentage points since last year's ranking due to much of the world losing confidence in the American President's leadership as well as rising international scepticism about his "America First" policies. Generally, Canada, Germany and France are perceived as being relatively neutral countries that are standing firm amid a tidal wave of nationalistic populism. Amid the storm that is Brexit, the United Kingdom and the European Union are seen as having a positive influence by 57 percent of respondents each. Israel and Iran are at the bottom of the ranking with only 32 and 21 percent of people respectively viewing their global influence in a positive light.

The survey proves that India and China have better influences than the States. India ranked 7th on the index. France fell 12% from last year’s poll, though they remain generally well-regarded as having a positive influence on world affairs. Their decline may have to do with a recent rise in anti-immigrant nationalism, though the country did not end up electing far-right candidate Marine Le Pen. 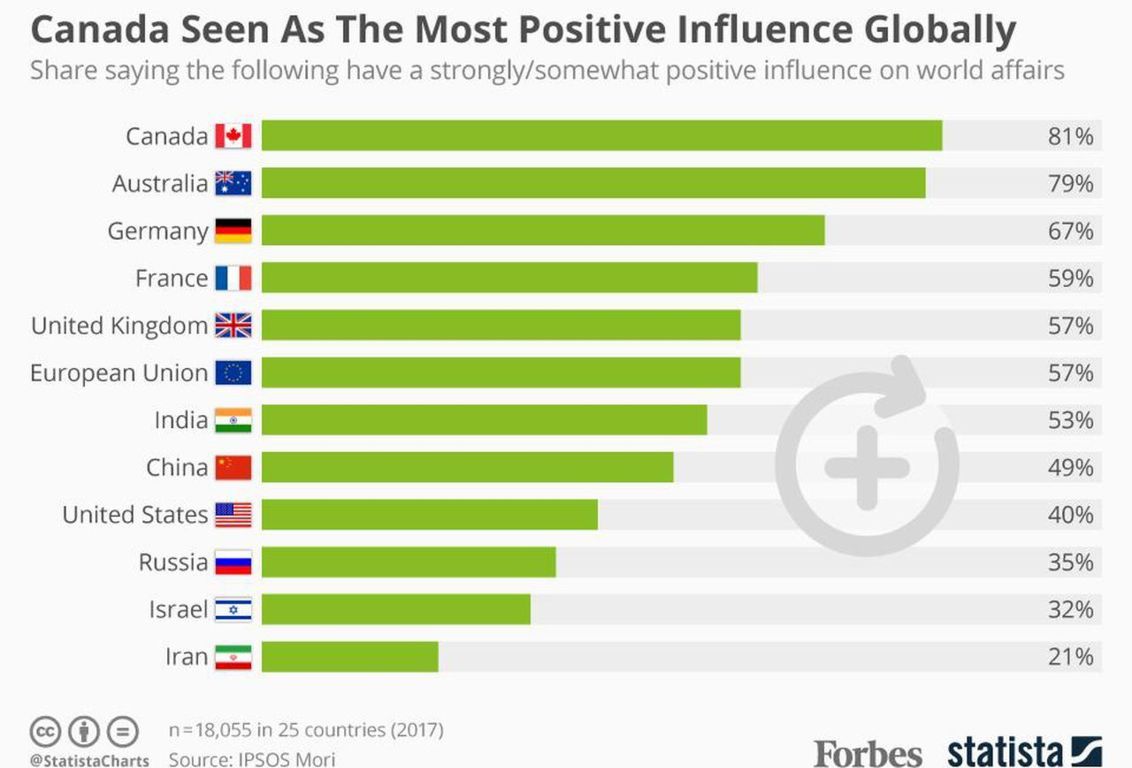 Germany fell 6% from last year’s rankings, Germany is still extremely highly regarded by the international community as a strong force for good around the globe. With the US seemingly poised to adopt a more nationalistic agenda following the election of Donald Trump, many are expecting Germany to fill their shoes as the global leader for democratic values.

Falling only 2% short from Canada is Australia, which has 79% rating of positivity from respondents. The land down under is clearly seen as a major player when it comes to wielding a positive influence around the world. According to the country’s website, Australia provides foreign aid to over 30 countries. The mission of their aid and development program is aimed at “promoting prosperity, reducing poverty, [and] enhancing stability.”