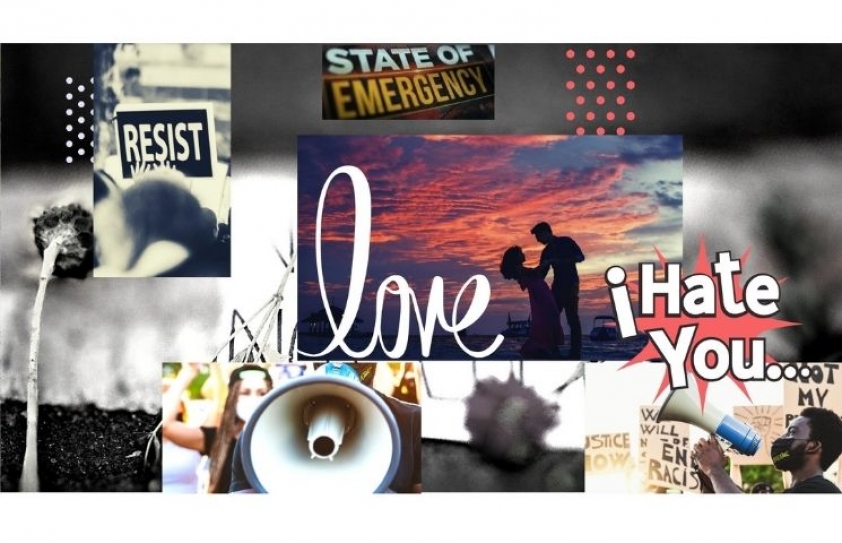 Humra Quraishi asks us how we can participate in assemblies of pleasure and write dreamy love songs, in this atmosphere of violence and hate.

Just before the year 2017 ended, Gulzar saab wasn’t mincing his words when describing, in subtle ways, ‘the halaats’ that were spreading fast. He was speaking at the launch of his novel titled ‘Two’, here in the capital city, a commentary on bloodshed during India’s Partition and was also focusing on the fact that it seems we have learnt little from that trauma. His words hurt when he said, “If one was to pick up the day’s newspaper and squeeze the pages, blood would drop, because they are filled with reports of violent and brutal killings”.

Violence was aggravated in recent years - more barbaric, more merciless. If you recall, as the winter peaked in 2019, students, activists and academics protested against the imposition of the CAA-NRC-NPR, making it clear that they do not trust the government’s divisive communal policies and fascist agendas. The un-armed, non-violent protestors were hounded and beaten by the police, also subjected to torture and abuse.

And 2020 saw the targeted killings of Muslims in North East Delhi. As the pogrom unfolded unabated, so did the reports of carnage across all the news channels and social media. The role of the communal brigades backed by the political mafia was nothing to be ashamed about because the objective was to spread fear. The biases in the system were apparent. The scenes and images of the violence, the unwarranted detentions and arrests were deliberately overplayed.

As 2020 rolled by and merged into 2021, more disasters awaited Indians as the communal virus was compounded by the Coronavirus. It dragged along all its dark realities as the police-wallahs took over and the government of the day started to get exposed. To have suddenly announced a lockdown without basic preparedness was akin to a dictatorialism - no food, no water and no shelter for the helpless poor!

With the sudden announcement, migrant workers, daily-wagers and labourers were subjected to an abuse unimaginable - sprayed by poisonous chemical liquids and yet they kept on walking, hungry, weary and forlorn, just to be subjected to further humiliatiation and thrashings of the lathi-yielding constables. One cannot forget the helplessness of migrant workers and their families fleeing from one place to another without the support of transport, food or dignity. The sarkar treated the masses brutally and shabbily - its ineptness was frightening, and the fear lingers. Today, at the start of this new year i.e. 2022, bloody violence continues with the backing of the political mafia. Communities are forced to indulge in hate-filled, communal violence. Even the erstwhile so-called ‘peaceful’ Southern states are slowly becoming epicentres of communalism. Look at what is going on in the state of Karnataka? 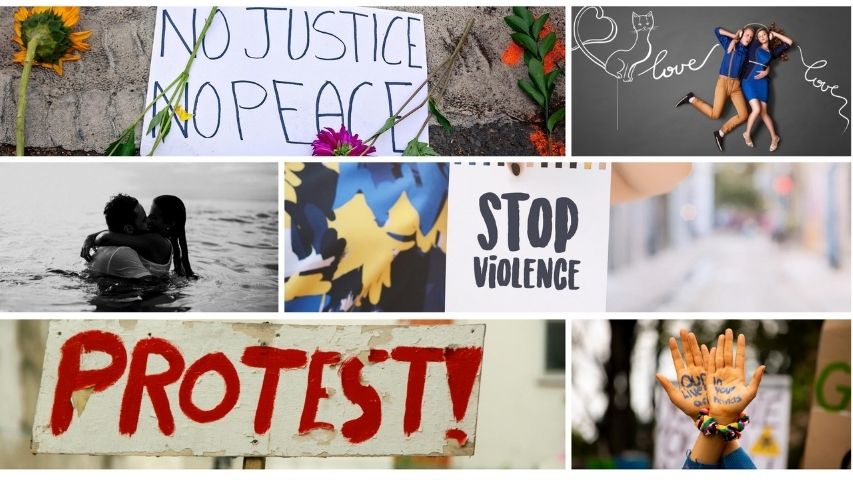 Where are we heading? When news networks have become vehicles to carry the provocative statements made by the Right-Wing politicians, the open calls for hateful violence are made, where will this end? Think about it! Every word spoken by the leaders in question is carefully crafted to divide and spread hatred, and the marginalised and underprivileged are unfortunate victims. If this doesn’t stop, we will surely head towards more partitions and divisions that are going to leave innocent people hurt for another lifetime.

I feel sorry for our predecessors, for the tremendous sacrifices they have made for us to be a free country. What a mess we are in because of these political sharks, brokers, goons and opportunists who run the show today, who appoint criminals to frighten. This political pollution compounded by the already uncontrollable environmental pollution is suffocating. It seems the ruling dispensation wants us to perish, fade away and be lost.

I’m not in any mood to give lengthy sermons on how to combat the rot. It isn’t an easy task to take on the might of the State, but if try to recite, daily, these two lines written by the sufi–saint-poet Baba Bulleh Shah, we may send some positive affirmations to the universe: Masjid dhaa de, Mandir dhaa de, Dhaa de jo kuch dhenda hae/Par kissi da dil na dha vee, Rab dilla wich rehnda hae/ (Destroy a mosque, destroy a temple, destroy everything in sight/But don't break a human heart, for that is where God resides).

These words also take me backwards, towards those glorious days when our leading poets, Ali Sardar Jafri and Sahir Ludhianvi, wrote verse after verse in solidarity  with the Africans. These  lines of Ali Sardar Jafri are unforgettable: This African, my brother/Picks flowers/In forest after forest/My brother, whose feet are red/Red as roses…

And these lines, too, of Sahir Ludhianvi written when Patrice Lumumba, the  first prime minister of Congo and a ‘staunch anti-imperialist’ was deposed from office and murdered: Tyranny has no caste, no community, no status nor dignity/Tyranny is simply tyranny, from its beginning to its end/Blood however is blood/It becomes a hundred things/Shapes that cannot be obliterated/Flames that can never be extinguished/Chants that can never be suppressed.

Today, I feel forlorn. I’m reading this verse of Sahir Ludhianvi, which is tucked away in the pages of ‘Anthems of Resistance’ (India Ink/Roli Books) by  Ali Husain Mir and Raza Mir: If there is a reason for my angry songs, it is this/That when I see the hungry farmers/The poor, the oppressed, the destitute, the helpless/My heart cannot participate in assemblies of pleasure/Even if I wish/I cannot write dreamy songs of love.