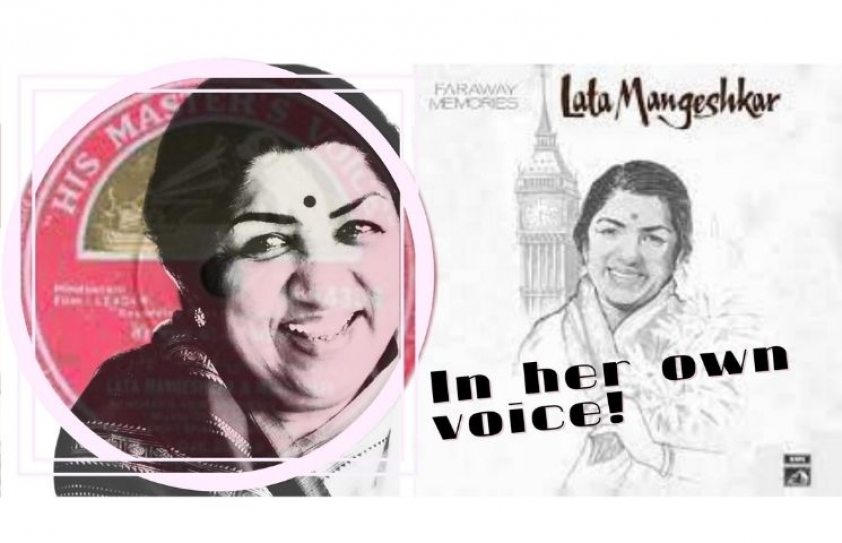 Humra  Quraishi revisits the book, ‘Lata Mangeshkar… in her own voice: Conversations with Nasreen Munni Kabeer’ and rediscovers the ‘real’ Lata Mangeshkar.

If there is one book that portrays to you the Lata Mangeshkar you don’t know, it is this: ‘Lata Mangeshkar…In her own voice. Conversations with Nasreen Munni Kabeer’. Published by Niyogi Books, it dwells on the many knowns, unknown and little known facts surrounding Lata Mangeshkar’s life. Very readable, as it is a long and flowing conversation between the two with Lata answering all questions, personal as well professional.

In the introduction, Kabeer starts with describing a dream that returned to the nightingale of India over and over again when she was a young woman: Lata Mangeshkar remembers a dream that returned to her every single night when she was in her early twenties. Coming home from recording two songs in the morning, two in the afternoon, two in the evening, she would fall asleep and the dream unfurled: it is early morning and she finds herself all alone at a black-stoned temple by the sea. Unaware of the deity associated with the temple, she makes her way through the sacred space. At the back of the temple there is a door. She opens it and sees a few steps leading from the door to the dappled water. She sits on the stone steps and the waves gently wash over her feet… Young Lata  thought nothing of the dream but when it reccurred night after night, and for several months, she decided to share it with her  mother, Shudhhamati Mangeshkar, who listened quietly to her and said, “God  has blessed you. You will be very famous one day.” 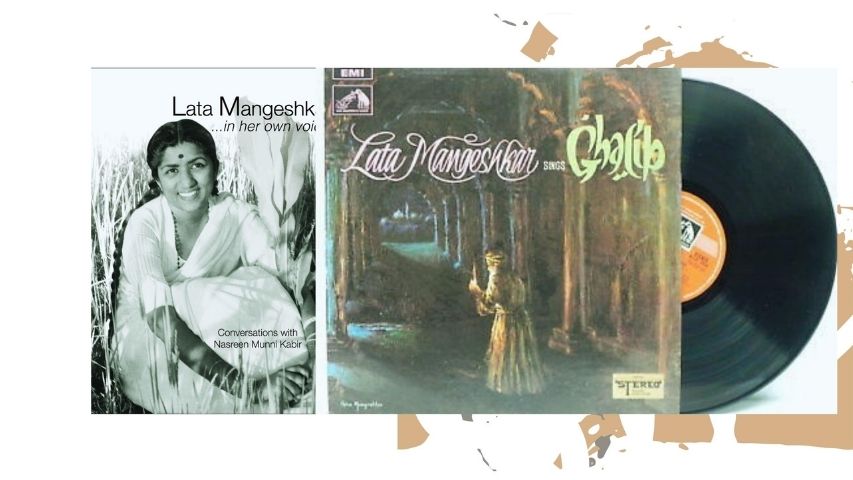 This thick 268 page volume is laced with many anecdotes and happenings, and turns and twists in the life of Lata Mangeshkar, spoken by her to the author. And although one is tempted to quote from the book extensively, space constraints come in the way, so I will stay with the most significant  quotes of Lata Mangeshkar here.

On what upsets her: “I am usually quite patient. But when I hear anyone saying something that I know to be a lie, I get angry. I might not let on and usually go quiet, but inside I am angry when people lie. I can’t say I’m a great reader of character but I can tell when someone is genuine or not. I may not get it 100 percent right, maybe 75 percent… Another thing that really makes me angry is when I hear someone sing out of tune. I can’t stand it.” 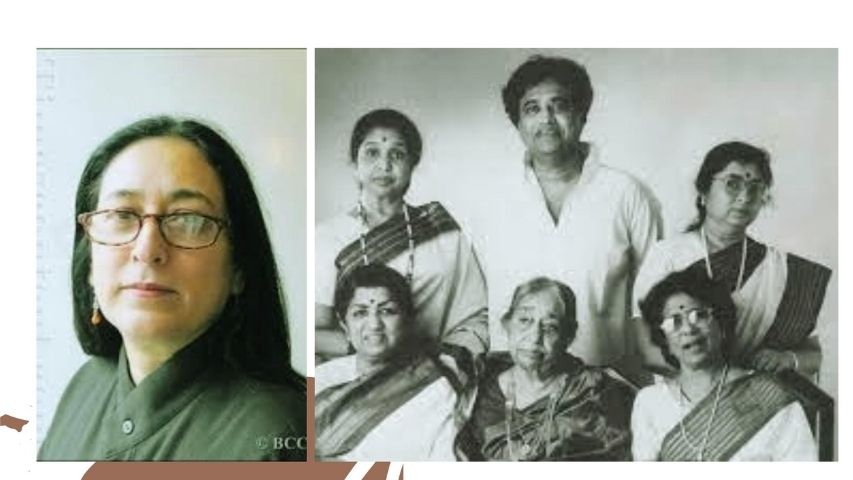 On a question asked about the Hindus and Muslims working together in the film industry, she said, “Yes, we all worked together - there were Hindus and Muslim music directors, lyricists, singers. Sometimes we discussed why Hindus and Muslims fought one another. We are the same. We are the same colour and the same race. So why? Naushad sahib considered me like his younger sister; he never saw me as different. I spent a lot of time with Majrooh sahib and his family; I  never thought of them to be different. We were never divided on religious ground. We never felt any tension between us because some were Hindus and others Muslims. Yet, there was a lot of communal tension around us in those early days. In 1946, terrible riots broke out in Bombay. We  were so worried, to the extent that Mai decided to take us all to Kolhapur where we stayed in Master Vinayak’s house. But it wasn’t long before we returned to Bombay… For me there is no difference between Hindu and Muslim. I didn’t see a difference then nor do I see it now. I see the person. If  I don’t like a person, I just don’t meet him or her. But my likes and dislikes have nothing to do with them being Hindu, Muslim, Sikh or Christian.”

On being asked how important religion is, she detailed: “I believe in God and everyone in the family does too. Whatever we have is thanks to His benevolence. No matter what you choose to call Him: Allah, Ishwar or God. He gives everything to us. I always bow before God and say, ‘You have granted me everything.’ I can never forget this. I pray in the morning and at night before I sleep… I prefer silence to talking these days. I’m not always in a mood to talk. I am home most of the time. I listen to music and read. If I feel like talking to someone, I telephone a friend.” 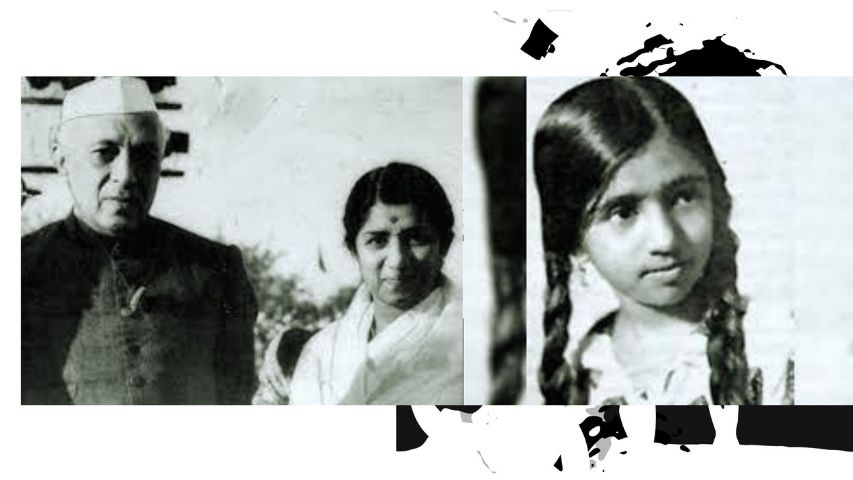 When asked about her not marrying, remaining single, so maybe lonely, she said, “No , not really. Remember I have always lived with my family. I grew up in my family. When I was young I had many responsibilities but I was always made to feel like a protected child. It was Mai who was the eldest in the family and it was she who looked after us all. She was only thirty- six or thirty- seven when my father died. She was a very peaceful person, tolerant and patient. When she passed away in 1995, I felt her loss deeply. It was then I became the head of the family. I had to grow up.”

And what’s a good song for her? She said, “For me the best aspect of a song is the words. The emotional content of the song is very important. The words must be well written and their meanings must match the film’s narrative - this is essential…”

On whether she had ever met Mahatma Gandhi, she replied, “No, but I heard him speak at a public gathering at Shivaji Park and at Chowpatty in Bombay in the early 1940s. He made a great impression on us and on everyone who was there. We had tremendous respect for Gandhiji and also for Jai Prakash Narayan too. But I had no interest in politics then and nor  do politics interest me now.”

Does she remember where she was on 14 August 1947, the day India became Independent, she said, “We  were at home and in the evening we all went out to see the lights. There was much rejoicing on the streets and a great feeling of happiness. It was a  big day.”