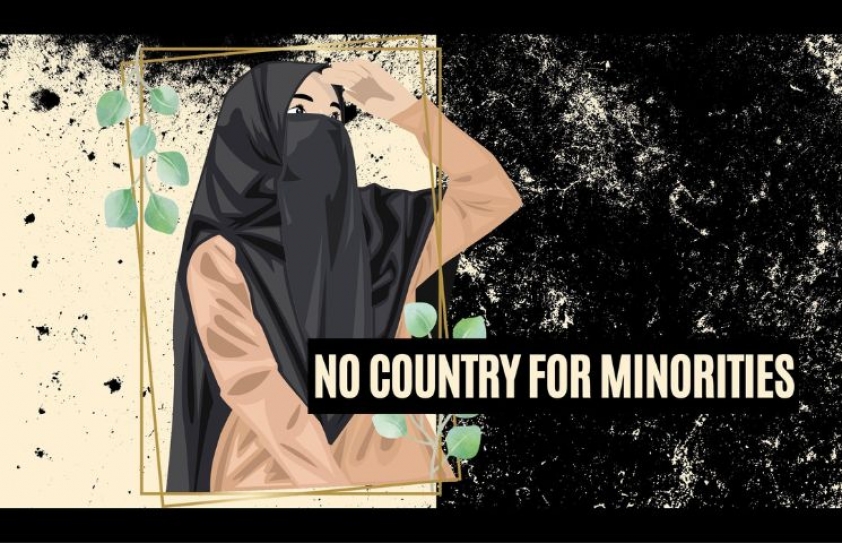 Humra Quraishi points out the double standards adopted by the state when dealing with minorities in India.

Last week was Gandhi Jayanti and a particular Hindutva outfit took out a rally in  Karnataka’s Udupi, in which its members were seen with swords,  chanting  slogans  in support of the  ‘Hindu  Rashtra’. News reports have stated that elected representatives, like the Udupi MLA Raghupathi Bhat, were seen shouting slogans. All this while the police were standing mute and doing nothing to stop the rally from proceeding unchecked.

What if a non-Hindutva outfit had dared to pick up swords and chanted provocative communal slogans? Can  one imagine what would’ve happened? This incident clearly conveys that ‘all’s okay’ if a Hindutva outfit indulges in the unthinkable! Isn’t, therefore, the list of double standards of the present government at the centre too long?

When the protests by the Karni Sena took off against the film Padmaavat for what was labelled as poor projection of the Rajputs in the film, young Muslim men had said that although they too were provoked to protest against the distorted portrayal of Allauddin Khilji, they had to restrain themselves. “Fact is that Khilji’s portrayal is completely distorted in the film. Khilji, shown as a meat-tearing, unkempt looking Muslim conqueror, stands in contrast to his actual personality. Yet we couldn’t dare raise our voice against that portrayal of Khilji. We would have been hounded by the cops, in an atmosphere where double standards prevail at the governance level”.

And one evening as news splashed on the small screen of the removal of the then governor of Meghalaya, V Shanmuganathan, in the backdrop of reports of sexual misconduct against him, there were no debates or discussions about his well-known links with the RSS. In fact, several viewers commented, “If by any chance this governor was a Muslim, then ‘godi media’ would be holding endless discussions on his misdeeds, deliberately pandering to religious biases and prejudices. They would be lynching him on the small screen! Our blood boils at these double standards!”

Muslims in the country are aware of the prevailing realities. However, they are not combative. They cannot afford to be aggressive. “Muslims have to be cautious. There is no question of dissent because any charges can be thrown at them! It’s about time their leaders should tell the community that Muslims are second-class citizens and that they should be quiet... not a murmur from us! It’ll be better that way because then there’ll be nil expectations from this sarkar.”

So wouldn’t then it be right to ask this question: When no Hindutva outfit is banned, then why is there a ban put on Muslim outfits?

What upsets the average Muslim is the double standards: “Hindutva leaders have the freedom to raise private armies/senas. If Muslims would have done what these private armies do, they will be put behind bars and their families, too, will be ruined. Have you ever heard of a Musalmaan sena!”

During BJP’s 2018 election campaign in the North East, Right-Wing politicians proclaimed that they will send senior citizens of Nagaland on religious trips, all the way to Jerusalem! The Right-Wing wooed the majority Christian population of Nagaland by setting up a senior citizen board, which would select 50 members through a lucky draw for a free pilgrimage to Jerusalem annually. And, at the start of 2018, the central government had scrapped the Haj subsidy for the Muslim community of the country.

Meanwhile, Central and State ministers from the  North East openly  talk of their beef-eating traditions and get away with it,  but Muslim cattle grazers and traders get ruthlessly killed and lynched on suspicion that they are selling beef! 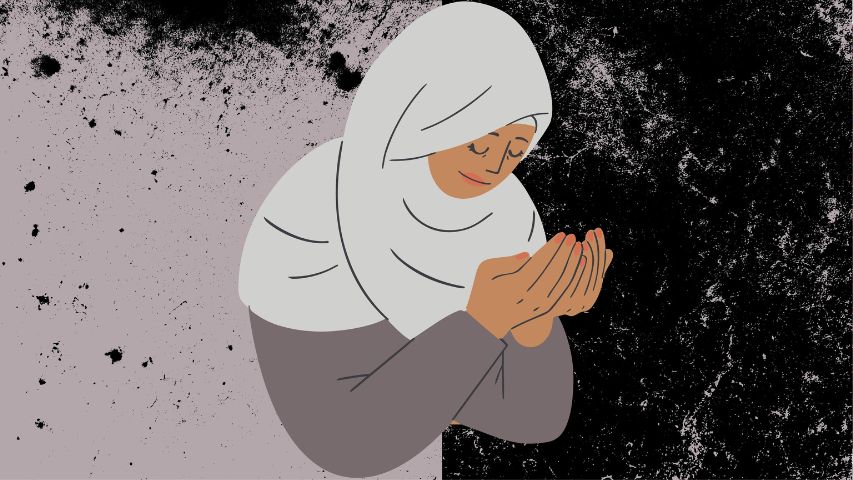 Several Right-Wing politicians have been publicly threatening and abusing the Muslim community but not one of them arrested. The news reports that VHP and Bajrang Dal are holding arms training camps at several places, that the young are being trained to attack the ‘enemy’, yet none of the organisers and promoters of these camps are ever arrested.

In January 2020, in this capital city, New Delhi, Muslims were openly abused and threatened that they will be riddled with bullets, but that didn’t lead to the arrest of BJP leaders like Anurag Thakur, Kapil Mishra and Parvesh Verma, as a matter of fact, they were given plum posts and rewarded for having done it.

In contrast to that stands out the fury of the State against activists and academics for their so-called controversial speeches. One of the arrested student leaders, Sharjeel Imam, was even declared a “terrorist” by the godi media! Yes, the godi media came out with this declaration, even before the charges could be proved!

Another blatant case was that of the Shaheen Public School in Karnataka’s Bidar, where the school staff and students, and even some parents were  subjected to harassment. Sedition cases were slapped upon them because the prime minister was criticized during the staging of a play by the school children. Double standards also come to the fore, when encounter specialists are set free, yet doubts are raised at those gunned down in encounters.

On an earlier occasion, during the course of an interview, I had asked the New Delhi based lawyer-activist, Vrinda Grover, why she had decided  to fight for Ishrat Jahan, the young woman gunned down in an encounter in Gujarat. Grover had told me, “It was soon after the Sohrabuddin case was taken up by the Supreme Court and the nexus between the cops and politicians was exposed that I was contacted by Ishrat’s family to take up their case. It was the conviction of the mother and family in the innocence of Ishrat and their determination to have her name cleared of the tag of terrorism, that persuaded me. They wanted their respect and dignity restored. As a human rights lawyer I often represent victims of police atrocities and violence. But after meeting Shamima Kauser (Ishrat’s mother) and her children, seeing the case file and the reading the truth about Sohrabuddin’s murder, it was clear that this “encounter” was not just a crime committed by some trigger happy cops, but rather part of the State sanctioned and planned violence against Muslims, which was unleashed in the genocidal pogrom of 2002.”

Vrinda had also expressed that it was crucial to recognize a clear pattern of targeting Muslims, and demonizing them as the enemy that must be eliminated, by use of State power, whether through engineered riots or staged fake encounters i.e. cold blooded murders by those power. She said, “It is very important to bring out the truth behind these fake encounters because in Gujarat there is a criminal nexus between the political executive, the police and even persons in critical positions in the IB, both in the Centre and State. This is a very dangerous and lethal combination and before our eyes a fascist state is in the making.”