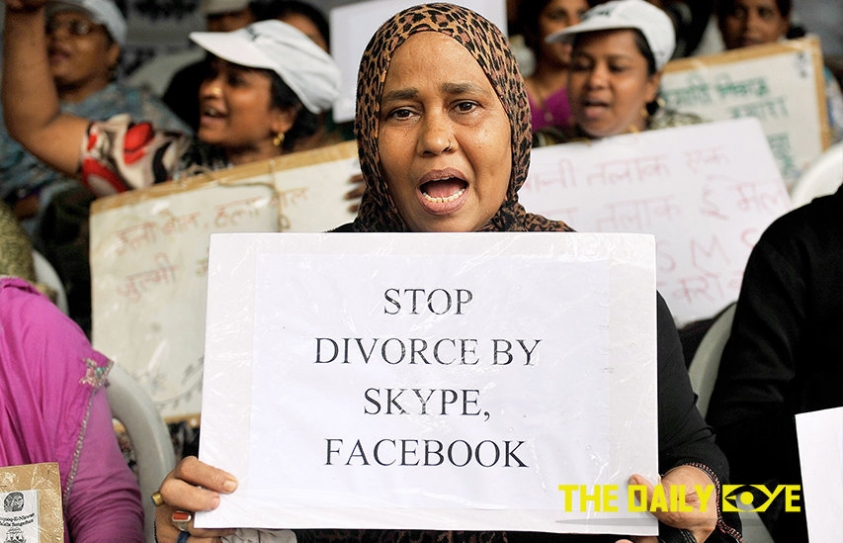 The Supreme Court on 22nd August 2017 struck down the Muslim practice of triple talaq, which allows men to instantly divorce their wives, as unconstitutional.

The SC bench headed by Chief Justice J S Kherar and comprising of five judges from different faiths had deliberated the issue for three months before issuing the order. The order comes in response to petitions from seven Muslim women who had been divorced through triple talaq. The Supreme Court’s decision will lend a helping hand to many women victims in the country especially those who are vulnerable to the instantaneous oral and unilateral triple talaq.

Shayara Bano, the petitioner who moved the Supreme Court on the triple talaq issue, a 38-year-old mother-of-two hails from Kashipur in Uttarakhand. Bano appealed to the Supreme Court to declare the triple talaq as unconstitutional and has said it is time for the 'patriarchal' Muslim society to accord equal rights to women. Bano was forced by her husband to undergo six abortions and in October 2015, he sent her a letter with "talaq, talaq, talaq" written on it.

Islamic scholars say the Quran clearly mentions how to issue a divorce – it has to be spread over three months which allows the couple time for reflection and reconciliation. But for years now, the contentious instant triple talaq – known as Talaq-e-Bidat has been practiced in India with the approval from the clergy. Modern technology has made it even easier for deceitful men to dump their wives by phone, email or text.  There have been instances where men have used Skype, Whatsapp or Facebook to issue talaq to their wives.

This unilateral, instantaneous talaq finds no mention in Sharia or the Quran and it is already banned in 22 Islamic countries, including Pakistan and Bangladesh. Egypt, the first nation to reform its divorce system through Law No 25 of 1929 declared that a talaq, regardless of whether accompanied by a number, will be counted as one and will be considered as a revocable divorce.

Sri Lanka’s Marriage and Divorce (Muslim) Act, 1951 provides that a husband who intends to divorce his wife has to give a 30-days notice and if reconciliation fails, he shall pronounce the talaq in the presence of the Qadi and two witnesses. Tunisia, under the Tunisian Code of Personal Status, 1956, declared that divorce pronounced outside a court of law would not have any validity whatsoever and said  no divorce shall be decreed except after the court has made an overall inquiry into the causes of the rift and failed to bring about a reconciliation.

Most of the Muslim countries – from Iraq to Jordan to Indonesia to the United Arab Emirates and Qatar – have accepted Taimiyah’s position on triple talaq. Ibn Taimiyah (1268-1328), one of Islam's most forceful theologian and reformer, argued that three talaqs in one sitting counts as one. The three-in-one position was considered a minority view, but over the last century more than 20 countries, including Pakistan and Bangladesh, have adopted it. Other countries like Turkey and Cyprus have adopted secular family laws, Algeria and the Malaysian state of Sarawak, do not recognize a divorce pronounced outside a court of law; and in Iran, triple talaq doesn’t have validity under its Shia law.

India, though late, has joined the bandwagon of countries in providing its women equality and fundamental rights. Through the Supreme Court’s decision, India has provided Shayara Bano, the first Muslim woman who challenged her divorce on the ground that her fundamental rights had been violated, her victory. This victory is not just for Bano, it’s a victory for the thousands of other Indian Muslim women who are constantly living in a fear of being thrown out of their matrimonial homes in a matter of seconds. It’s a victory for hundreds of Muslim girls who step into the matrimonial relationship with dreams and aspirations of living a better life. It’s a victory for womankind.