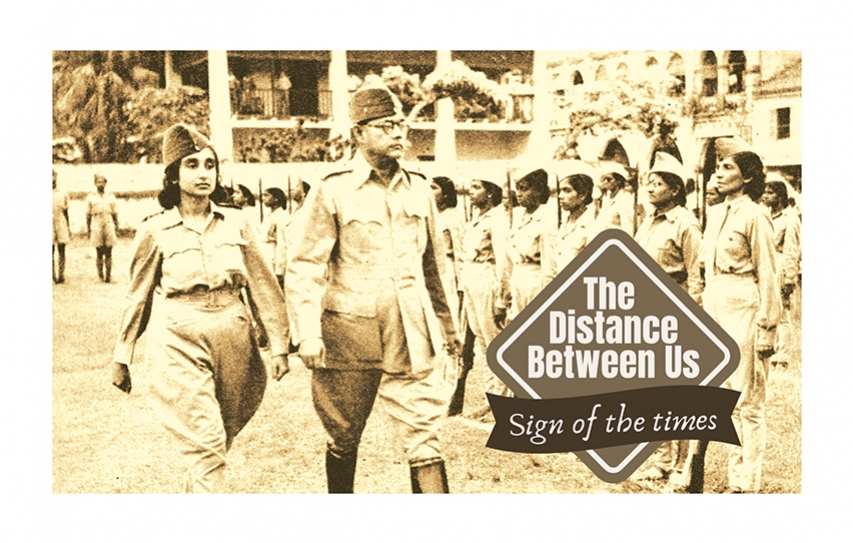 With focus on Netaji Subhas Chandra Bose, I recall my meetings and interview with his close aide, Captain Lakshmi Sahgal, writes Humra Quraishi

This was in the summer of 2002  when she was named  by  the Left as  its  candidate  to  contest  for  the  post of  President of  India. She was then around 88 years but looked much younger and she was physically fit. One of the reasons that she was so fit could be she was busy the entire day. She was the Vice President of the All India Democratic Women’s Association (AIDWA). And, as a trained medical doctor - gynaecologist, she was busy treating patients all  through the  mornings. The evenings and afternoons were spent by her doing charitable work in Kanpur’s industrial areas.

To the ‘why’ she had decided to settle down in Kanpur, she gave me details about the many twists and turns in her life. The daughter of activist Ammu Swaminathan and criminal lawyer S. Swaminathan, she completed her medical education in Madras before leaving for Singapore. That is where she met Netaji Subhas Chandra Bose in 1943 and it changed the entire course of her life. She quit her job, joined the Indian National Army, and she was captured and jailed in Burma. After she was released she married Prem Sahgal who was then working in the New Victoria Mills in Kanpur. And with that came a complete change in her life. Settling down in Kanpur, she was running a charitable clinic, looking after the industrial workers, mazdoors and their families. In fact, till the very end she was reaching out to all those who needed medical assistance and support.

During the course of the interview with her, I asked her to comment on the prevailing situation in the country and how Netaji would have reacted if he was among us. She told me that he couldn’t have visualized that we would be in this condition. She’d added, “He was totally against the Partition – dead against it. He was sure it would spell doom and would lead to further partitions. He had made his views very clear to Pandit Nehru and also to Mahatma Gandhi. But none of us would have ever imagined that we would be reduced to this mess where the poor have become poorer, and communalism and corruption have become rampant. Looking at the terrible conditions prevailing in the country today”, she had said, “I can only  say it is very unfortunate.” 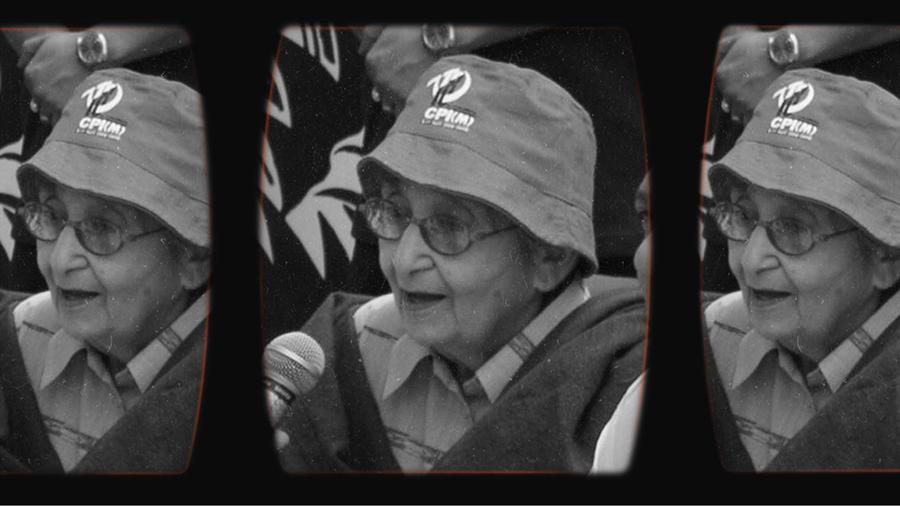 Commenting on the then Right-Wing government at the centre, she told me during the course of  that interview that she was not keen to meet the then Prime Minister, Mr. Atal Behari Vajpayee, nor any of the key members of his  cabinet. She had also stated that, “Unless the Bharatiya Janta Party is not stopped in its tracks, the future is not bright.”

She had also commented on the plight of the mill workers and mazdoors and also on the condition of women - “The new economic policy has been a tremendous setback for the women of this country. With closure of mills, they are moving towards the unorganized sector, where they are the last to be hired and the first to be fired. One can see the steady decay all around. Obviously, all this will affect women. I really feel the middle-class should stop sitting mute and start reacting to the happenings around. Netaji really  believed that women must be given full empowerment and that would be the only solution.”

On the condition of the minorities in the backdrop of the 2002 Gujarat pogrom, she’d hit out - “It was shocking. Look at the level of communalism in Gujarat, where people have to change their names to survive or to get medical aid. The way the minorities are getting treated there is shocking.”

Meanwhile, in the context of the farmers’ mass movement and the violent incidents witnessed in New Delhi, on the country’s Republic Day, the farmer leaders are left bewildered and shaken by the bizarre turn of events. Perhaps, they should have referred to the history books. By reading, they would have known that in any mass movement, call it rebellion, revolt, agitation or uprising, the core fact is that hostile elements are planted deliberately to disrupt and discredit the cause. 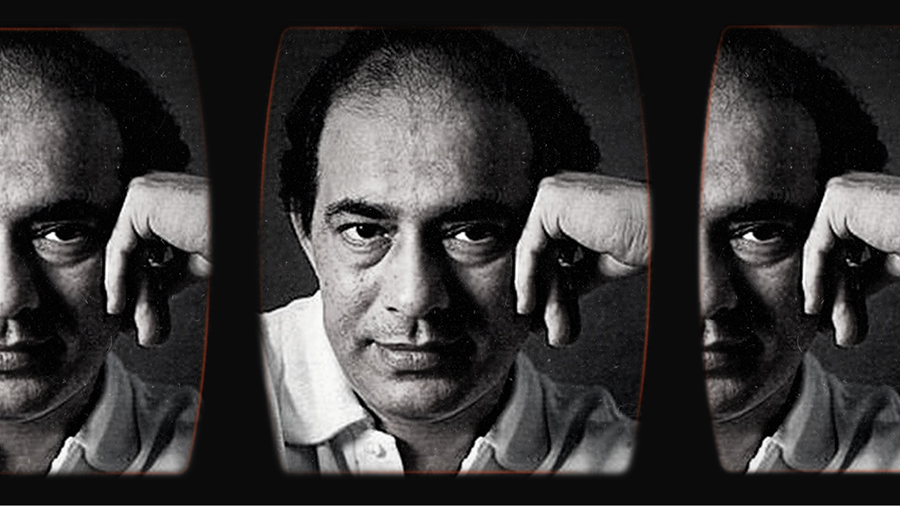 And, on the 24th of February is the legendary singer Talat Mahmood’s birth anniversary. With that beautiful voice, which had a melancholic strain to it, Talat Mahmood was one of the many Indians who did not want to shift to the newly carved country Pakistan. His  father, Manzoor Mahmood, owned an electric fittings and a gramophone shop in Lucknow - and he was known for singing Iqbal’s popular taranaa, ‘Chino Arab hamara/Hindoostan  hamara …’ at the Muslim Leagues functions. At the time of the Partition, Talat was in Calcutta with his elder sister. Although his entire family migrated to Pakistan, he and his sister opted to stay back in India.

Mind you, this decision to be away from the family did affect him. As his niece, Rafia Hussain, had once told me, “Temperamentally he could not adjust to the ways of the film world. Also, that initial shock that his entire family had migrated to a new country and would be settling down there permanently, had affected him to a certain extent. He was far too sensitive, he’d internalized the pain. But until the very end, he was sure that he  would never leave his home country. After all, he had opted to stay back.” 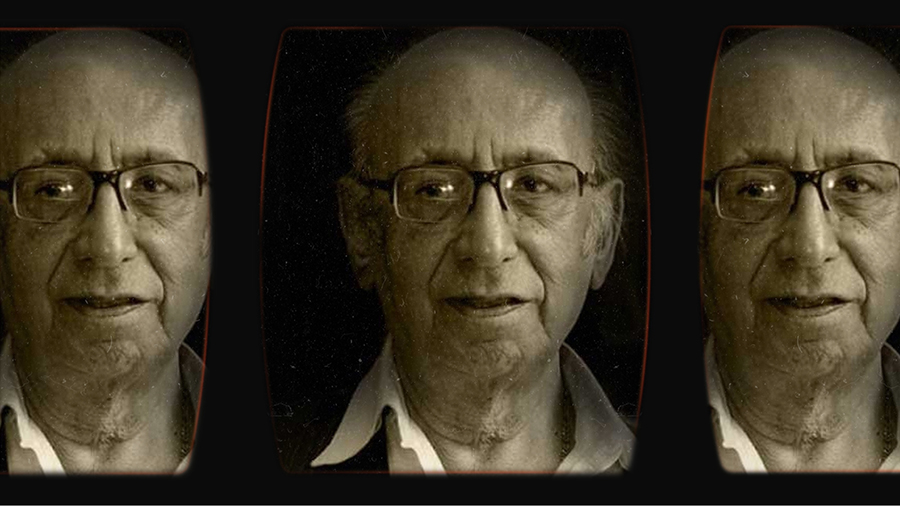 In memory of Nida Fazli, whose death anniversary is on 8th February, I will leave you with his verse ‘Distance’, translated from Urdu and tucked away in the pages of the poetry volume, Kavita ’93 (Virgo).