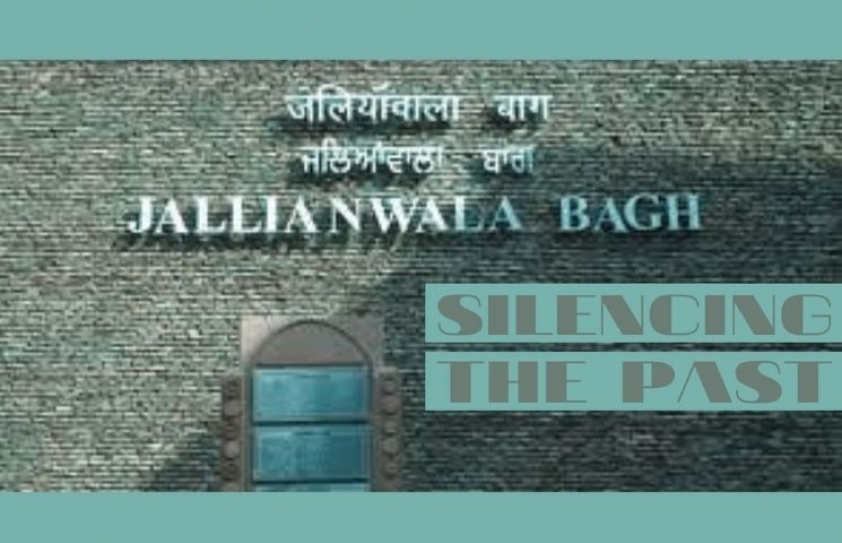 Humra Quraishi writes about Jallianwala Bagh, the tragic memories it holds, and the recent renovations made that have snatched away the history of the place meant for future generations to visit.

Farmers of this country are the saviours of the day. Yes, seeing their determination to take on the existing dismal governance, there’s hope that the rot collected in the system might just be addressed.

After hearing the speeches made by the leaders of the farmers’ agitation,  I am particularly impressed with the clarity of thought, the views and the priorities upended in Yogendra Yadav’s words. He speaks loud and clear, emphasizing the unity among diverse communities. He also stresses on non-violence and peaceful discussions. Maybe, there could be a change of scene, a hope one has, a restoration of the good old days when we were free to live without threats clouding the horizons.

Whilst talking about restoration, how can I forget to mention the recent renovations made at the Jalianwala Bagh, Amritsar, where the sheer pain that the country has endured during the British rule, was overshadowed by mediocre gaudy strokes and disrespect. The Jallianwala Bagh massacre, also known as the Amritsar massacre, took place on 13 April 1919.

A large but peaceful crowd had gathered at the Jalllianwala Bagh in Amritsar, Punjab, to protest against the arrest of pro-Indian independence leaders Dr. Saifuddin Kitchlu and Dr. Satya Pal. In response to the public gathering, the British Brigadier-General R. E. H. Dyer surrounded the Bagh with his soldiers. The Jallianwala Bagh could only be exited on one side, as buildings enclosed its other three sides. After blocking the exit with his troops, he ordered them to shoot at the crowd, continuing to fire even as protestors tried to flee. The troops kept on firing until their ammunition was exhausted. Estimates of those killed vary between 391 and 1000+ people and over 1,200 were injured, of whom 192 seriously. 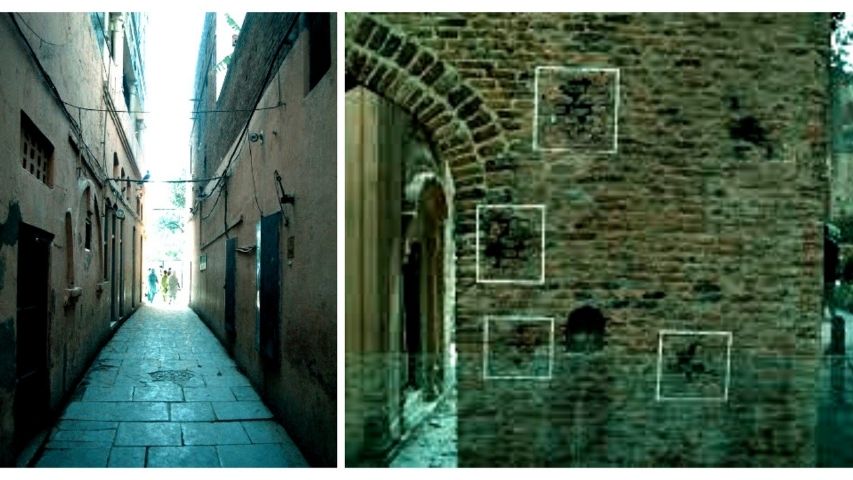 The level of casual brutality, and lack of any accountability, stunned the entire nation, resulting in a wrenching loss of faith of the general Indian public in the intentions of British rulers. The ineffective inquiry, together with the initial accolades for Dyer, fuelled great widespread anger against the British among the Indians, leading to the non-cooperation movement of 1920-22. Some historians consider the episode a decisive step towards the end of British rule in India.

One wonders how ruthless were those that were given the charge to restore the Jallianwala Bagh, where this most tragic as well as significant past reverberates to remind us of the bondage we endured as a nation, and the place, which remains in stillness as a memory never to be forgotten. Should the people who have engineered this renovation – can’t dare call it a restoration - not be questioned?

It goes without saying that our History will perhaps never be reflective in true sense, in that architecture of the past that we have failed to preserve, but in the backdrop of this controversy, it becomes significant to read these lines, once again, written by Sarojini Naidu, lines, that are tucked away in the volume: Jallianwala Bagh - Literary Responses in Prose & Poetry, Introduced and Edited by Rakhshanda Jalil and published by Thornbird - An Imprint of Niyogi Books. Her words put out the sheer intensity of the pain of the brutal massacre of our countrymen.

How shall our love console thee, or assuage/Thy hapless woe; how shall our grief requite/The hearts that scourge thee and the hands that smite/Thy beauty with their rods of bitter rage?/Lo! Let our sorrows be  thy battle–gage/To wreck the terror of the tyrant’s might/Who mocks with ribald wrath thy tragic plight/And stains with shame thy radiant heritage!//O beautiful! O broken and betrayed!/O mournful queen!/O martyred Draupadi!/Endure thou still, unconquered, undismayed!//The sacred rivers of thy stricken blood/Shall prove the five-fold stream of Freedom’s flood/To guard the watch -towers of our Liberty. 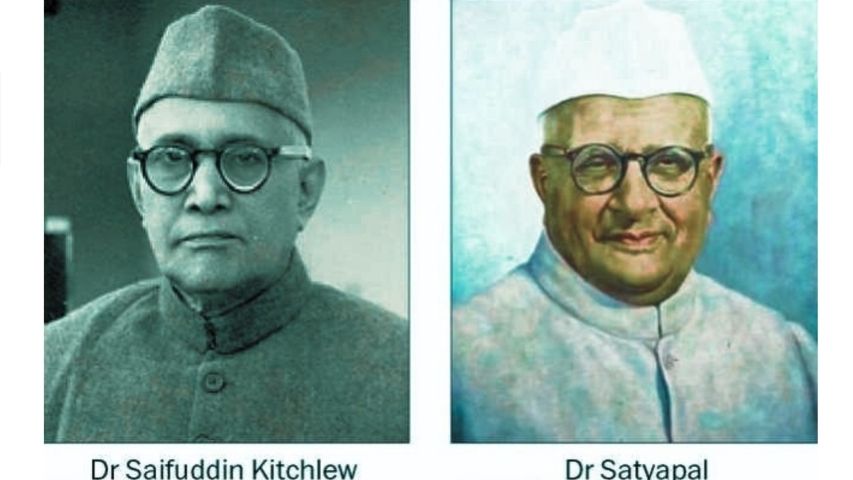 I’m reminded of at least two other instances, two prominent Sufi dargahs of the Kashmir Valley, where the restoration resulted in losing the heritage because they were renovated instead. I had been visiting the dargah of the patron saint of the Kashmir Valley, Sheikh Nuruddin Wali Nund Rishi, at  Charar-e-Sharif, about twenty miles from the Srinagar city, since the 1980s. In the mid-90s it was burnt and damaged.

After its renovation when I visited  this dargah again, I was appalled to see that in place of the pagoda styled structure of this dargah, there was a huge concrete building, which in no way resembled the erstwhile structure. In fact, let me also mention that nearly all the Sufi dargahs of the Valley were originally built in a simple pagoda style, perhaps, in keeping with the lifestyles led by the Sufis. Even after the dargah of the Iraqi Sufi Dastgeer Sahib in Srinagar’s down town Khanyar, was burnt and damaged in 2012, its rebuilding had upset the local Kashmirs, as there wasn’t  much of its original self left.

Why have today’s administrators and planners become so heartless? It wasn’t as though historic structures of significance were not desecrated in previous centuries by enemies across the world, but they were restored with great care. Here let me also point out that standing prominently on the banks of the Jhelum river in Srinagar city, is the khanqah of Shah-i-Hamdan (the king of Hamdan, a small town in Persia), who left Hamdan to escape the wrath of Timur. Though the Shah-i-Hamdan mosque was first built in 1395, it was rebuilt several times, and the present structure dates back to the year 1732.