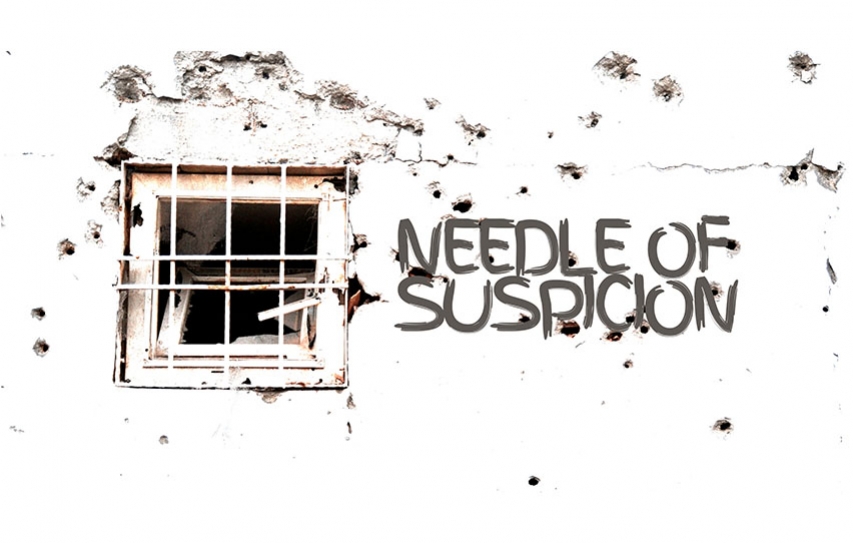 Humra Quraishi explores what causes the chasm between the Hindus and Muslims to widen in India.

Those among us that’ve survived the viruses of all kinds, get set for another shock. The Jawaharlal Nehru University (JNU) New Delhi is introducing a course in  “Jihadi terrorism”  and State-sponsored terrorism. According to news reports, the course states that “Jihadi terrorism” is the only form of “fundamentalist-religious terrorism”, and that Communist regimes in the erstwhile Soviet Union and China were the “predominant State-sponsors of terrorism” that has influenced “radical Islamic States”.

Why is a religion being linked to terrorism? Why add to the mischievous communal propaganda against a particular faith? Also, who exactly is a terrorist?  Who is terrorizing?

If one wants to know about Right-Wing terror, it is essential to read books authored by the former I. G. Police of Maharashtra, SM Mushrif. This Pune based cop’s previous books include ‘Who Killed Karkare?’ and also ‘26/11 Probe: Why Judiciary Also Failed?’, but one of his books, that focuses directly on terrorism and terror attacks taking place in the country is titled, ‘Brahminists Bombed, Muslims Hanged’ (Pharos Media).

Launched two summers ago, the book is laced with facts related to the bomb blasts in recent years. To quote Mushrif from his book - “In this book, I have attempted to chart out the erratic journey of terrorism in India, especially since 2002. That started in the name of ‘Muslim terrorism.’ There had been many swerves and curves on the way with the needle of suspicion shifting off and on. But between-the-line reading of scores of judgements of bomb blast cases and of newspaper reports of the relevant period prompted me to point the finger unhesitatingly at Brahminists.”

He details, “The terrorism history of India in the 21st century is apt to be divided in two periods: pre-Hemant Karkare and post-Hemant Karkare. Before the Maharashtra Terrorism Squad (ATS) chief Hemant Karkare appeared on the scene, it was all about ‘Muslim terrorism’, barring only the self-revealed Nanded (Maharashtra) blast case of 2006 involving the Rashtriya Swayamsevak Sangh (RSS) and Bajrang Dal terrorists, which however, was treated as a one-off case and promptly relegated to oblivion… Prior to Karkare the pattern of bomb blasts and their investigations was set. Brahminist organizations like the Abhinav Bharat, RSS, Bajrang Dal, Jai Vande Mataram would carry out bomb blasts in important cities across the country and the Intelligence Bureau (IB) with the help of the ever-compliant media would promptly blame them on Muslims. 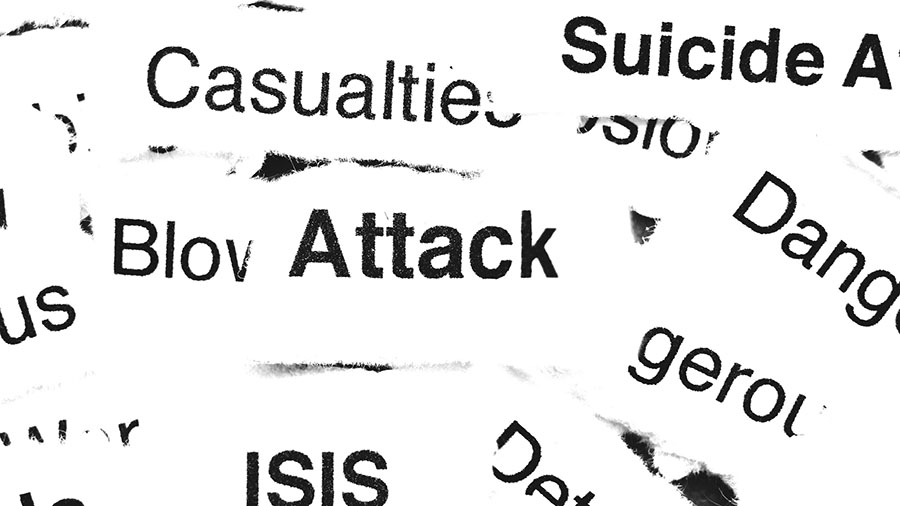 The State anti-terrorism squads, which were at the beck and call of the IB, would implicate innocent Muslim boys in the cases and the Brahminist elements in the media would give wide publicity to the stories trotted out by the IB and State anti-terrorism squads, thus creating an impression that all blasts were being carried out by Muslims. What was more, they were successful in convincing the general public that the blasts were the result of Muslim reaction to the Babri Masjid demolition and the 2002 Gujarat carnage; so much so that even some Muslims and secularists started believing that the blasts could be the handiwork of some highly radicalized Muslim boys.”

To quote him still further, “This pattern continued till 2008. In September that year a bomb blast took place at Malegaon (Maharashtra). The ATS chief, Hemant Karkare, whilst investigating the case refused to obey the IB’s diktat. He carried out the investigation independently and honestly and exposed the Brahminists’ nationwide anti-national conspiracy. He did not stop at that. He made up his mind to get to the root of it, bust the plot completely and show to the world the face of Brahminist terrorism.”

And coming back to this new controversial course being initiated at JNU, it would be apt to state that it is totally uncalled for. It would only widen the chasm between communities and further communal poisoning.

The well-known New Delhi based sociologist Professor Imtiaz Ahmad had commented during the course of an interview to me, “The term Islamic terrorists is a misnomer and should be avoided, as it’s used by vested political interests in India to drive a wedge between Hindus and Muslims.” He had also stressed on this fact, “It is not that many more  Muslims are turning militants. Worldwide there are many other forms of militancy and terrorism that are equally aggressive and widespread. Within the South Asian region, we have had terrorism in Sri Lanka and Nepal. Further away, there are also Muslim militants who are fighting against regimes, which are wholly or largely Muslims. It is ironic that following September 11, the world seems to have forgotten that there are these other terrorists. This is partly because the US led war has put the focus on Muslims and partly because Muslims are more widespread, so the impression is gaining  ground that more and more Muslims are turning terrorists. Actually more and more people in the entire world are turning into terrorists.”

And the late academic, Asghar Ali Engineer, had this to  comment when he was asked ‘why” Muslims are turning to terror activities. “Its important to analyse the reasons behind the terrorist attacks. The fact is that there are extremist fringe groups in each community and in each country. But there wasn’t that hue and cry when Tamil rebels indulged in violence in Sri Lanka or when Irish rebels did the same in the UK! These acts of terrorism are political and are not religious.” 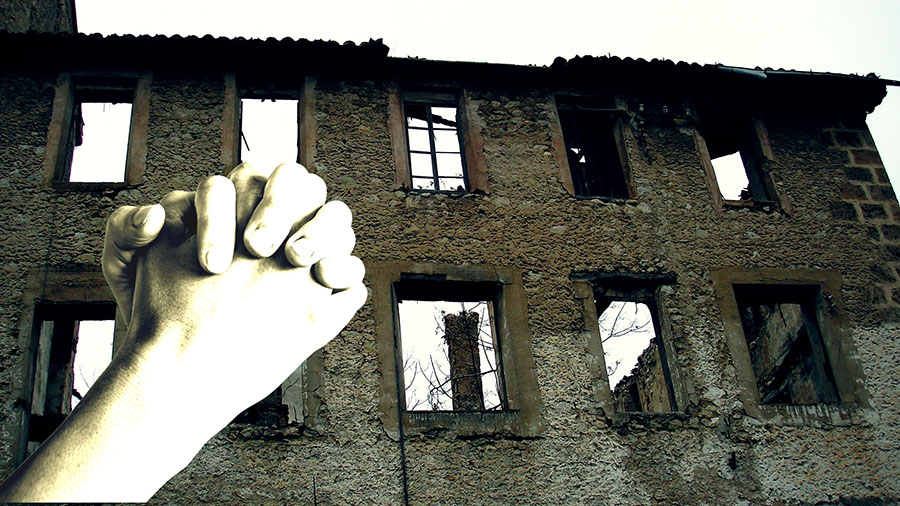 On why Islam, the religion, is getting linked to violence, he gave examples to prove the contrary. Focusing of the period of  early Islam, he detailed that the Prophet discouraged violence, and he showed compassion even to his enemies, so much so, that when he had conquered Mecca, he pardoned all those who attacked him and his men. “He even pardoned a woman who had not just killed his uncle but even chewed his liver. One instance after another, forgiveness and compassion prevailed. Violence has been totally discouraged in Islam, except in cases of self- defence.”

As I close my chapter for this week let me tell you about Tabiba Ummul Fazal – one of the prominent women hakims of the country – she passed away last week in New Delhi.

Tabiba was the Vice President All India Unani Tibbi Conference (a think tank of Hakims). She was also appointed as consultant by the World Health Organisation (WHO) in the field of traditional medicine in 1993. She wrote and edited a number of books on Unani medicine, including ‘The Concept of Birth Control in Unani Medicine’ and ‘A Handbook of Common Remedies in Unani System of Medicine’ (Central Council for Research in Unani Medicine (CCRUM)).

Tabiba Ummul Fazal, the first woman graduate in her family, completed her Unani degree from the Aligarh Muslim University and went on to establish a niche for herself in independent India, in a career path that was unusual for women from her generation.

She had initially joined the Hamdard Dawakhana. Later she went on to join the Central Council for Research in Indian Medicine and Homeopathy, Ministry of Health and Family Planning, Government of India (1970). Subsequently she went on to become the Deputy Director of the Central Council for Research in Unani Medicine (CCRUM), under the Ministry of Health & Family Welfare and also officiated as its Director. It’s absolutely amazing to know the details to her dedication to her profession.

Space constraints come in the way in writing many more things about her research, work and findings in the field of Unani medicine. In fact, her daughters, academic Azra Razzack, and poet-author Bushra Alvi Razzack, should write a book on their mother. It will be one of the biographies to be widely read.