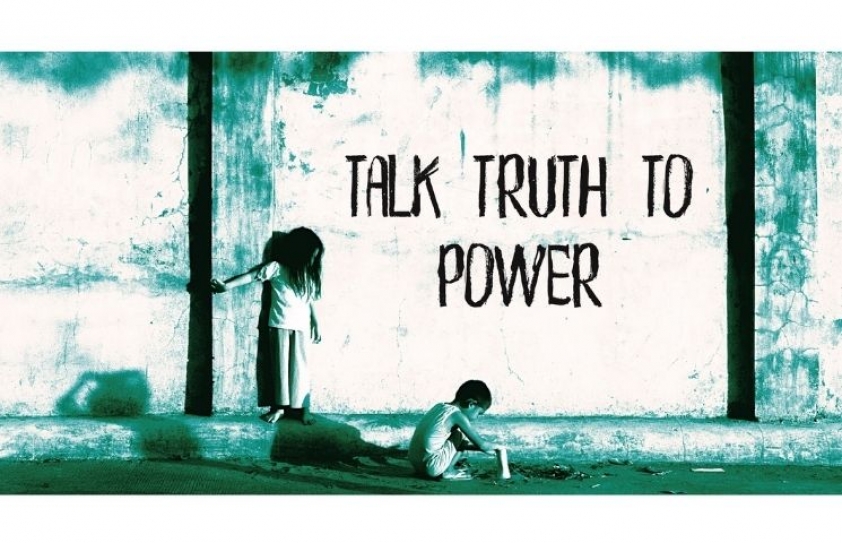 Humra Quraishi’s commentary demands answers and accountability for the sufferings of innocent people and she insists that talking truth to power is the only way out.

In Indian families, anything connected to death was rarely spoken about. To talk of the qabristans, shamshan-ghats, crematoriums and cemeteries was greatly discouraged. Well, that’s no longer the case - all seems to have changed in the last one year, more so in recent weeks.

With so much death taking place, patients dying for want of oxygen and medical care, with dead bodies floating in rivers or buried at the banks or dumped in piles and carted here and there so that they are not counted in the final tally and so local governments can enable their administrations to obfuscate responsibility, we are bound to dwell on the horror alone, because the macabre truth if not unearthed will return to haunt humanity for years to come. Today, we must remain focused on what is unfolding and not allow a failed government to get away from being held to account; therefore instead of spreading a false positivity to paint the darkest picture bright, our thoughts should not deflect from the human destruction that we confront. We ‘have’ to look at it straight in the eye and acknowledge the failure of the ‘better’ world along with our own, if we want that such negligence never happens again. 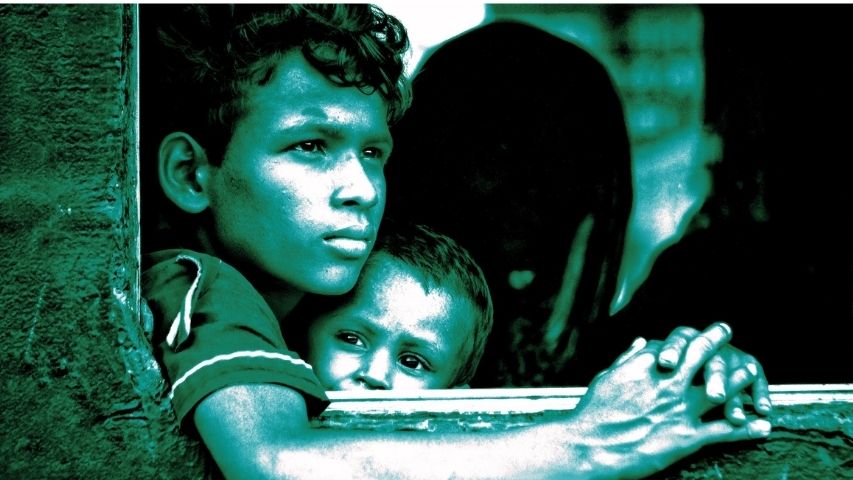 Khushwant Singh would often lash out at our hesitancy to talk of death. He had said, “Why is death rarely spoken about in our homes? Why? And this when each one of us knows that death has to strike. There’s this  line from Yaas Yagana, ‘Khuda  mein  shak  ho  to  ho ,maut  mein nahin  koee shak (you may or may not doubt the existence of God, but no one can doubt the inevitability of death). And one must prepare oneself to face it. Once I’d asked the Dalai Lama and he had advised me meditation, to meditate on this, but I introspect about death - what happens once you die, where do you go, what’s next! As far as I am concerned  I  accept the finality of death, we do not know what happens to us when we die. Yes, I do think of death. I don’t know where I will be after my death! I don’t see death as something to be worried or scared about. Earlier, whenever I was upset or low, I used to go to the cremation grounds. It has a cleansing effect, and it worked like therapy for me.”

Khushwant would also come up with these verses on death. Allama Iqbal’s verse, in Persian: Nishaan–e–mard-e-momin ba too goyam/Choon marg aayad, tabassam bar lab-e–ost. (You ask  about the signs  of a  man of faith? When death comes to him, he has a smile on his lips).

These lines from Alfred Lord Tennyson’s poetry would also come to him easily: Sunset and evening star/And one clear call for me!/May there be no moaning of the bar/When I put out to sea,/Twilight and evening bell,/After that the dark!/ And may there be no sadness of farewell/ When I embark. And, he would quote Omar Khayyam: Into this world and why not know/And like water willy-nilly flowing.

Here are some more lines of Khayyam on the very mystery to life and death: There was a door to which I found no key,/There was a veil beyond which I could not see;/Talk awhile of thee and me there was/Then no more of thee or me. 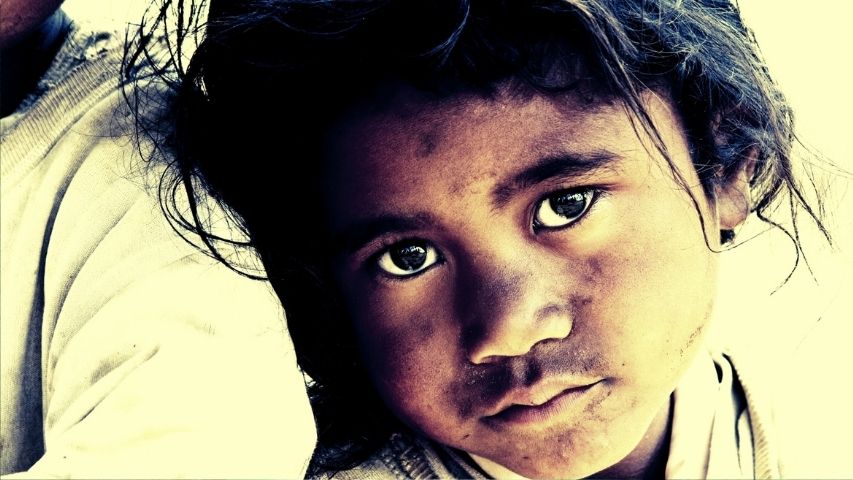 And when on death and destruction, you cannot help but wonder where our collective outrage against the killings of Palestinians is? Why is the Government of India not lashing out against Israel? Why is the President of the United States of America not voicing his concern against the atrocities? And, when focussed on the disasters in the West Bank, the sheer brutality hurts.

During the course of a series of interviews with me, Osama Musa had said that the Israeli tanks get right inside Palestinian homes. “The situation in Palestine is so bad that it is Israel, which decides everything, including the mass killings of our children! Today America-backed Israel controls our lands, our lives! Can’t America see disasters taking place? And I can tell you that without America’s support, Israel is zero. Israel cannot survive a single day if America didn’t support it!” 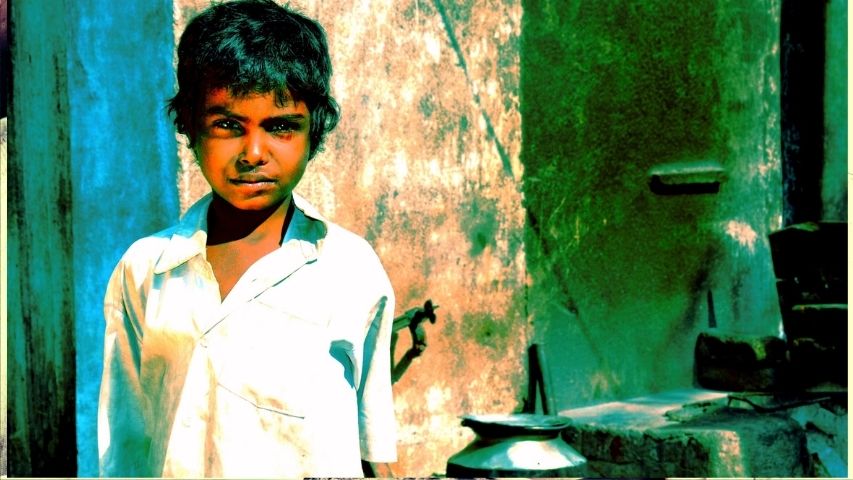 And the former Libyan leader, Colonel Muammar Gaddafi’s son, Saif-El-Islam was specific when he spoke of “outside interests” behind the anarchy in their region. I had interviewed Saif-El-Islam for a national daily, when he visited New Delhi, in the autumn of 2001. He came across as brilliant (yes, brilliant!) and aware of the changing world order. He was apprehensive of the “designs” of Israeli agencies, “Those dangerous designs could be countered if there was some semblance of unity against the fascist forces. I want to see the entire South Asian block united. I realize there is little unity amongst the Arab States. A pity we aren’t together. And because of these divisions we don’t speak in one voice. We are not together and that’s why we have been humiliated by the Israelis and the US.” He had then continued, “If  I’m given a  chance to  rule Libya, my first  priority would be to get all the Arab countries together, bring about unity amongst the Arab countries, as that alone can save us.” He was critical of Israel’s bombardments on Palestinian populations. “We are totally against Israel. We don’t even recognize it to be a State.”

And I had interviewed the well-known Arab academic Clovis  Maksoud - he was then Professor of  International Relations and Director of the Centre for Global South at the American University in Washington; before that he  had served as the  Arab League ambassador to India (1961- 66) and ambassador to the United Nations and the US. He remained with the fact that people of Arab countries had realized there were vested interests to  destroy their lands. Clovis had told me, “There is a broad strategic dependence of Arab States on the US, based on the false assumption that the US is the only power that can make Israel respond to the Palestinian issue. This dependence is flawed because Israel has flouted all international norms. Israel is the only country that has never declared its boundaries since 1967. It  has  not  acknowledged that it’s an occupying power and it has given itself the license to expand its settlements. This has meant violating the U.N. resolution of the 4th Geneva Convention that does not allow any occupying power to alter the boundaries of the country that it occupies. At the same time the US has chosen to make Israel its  principal ally”.