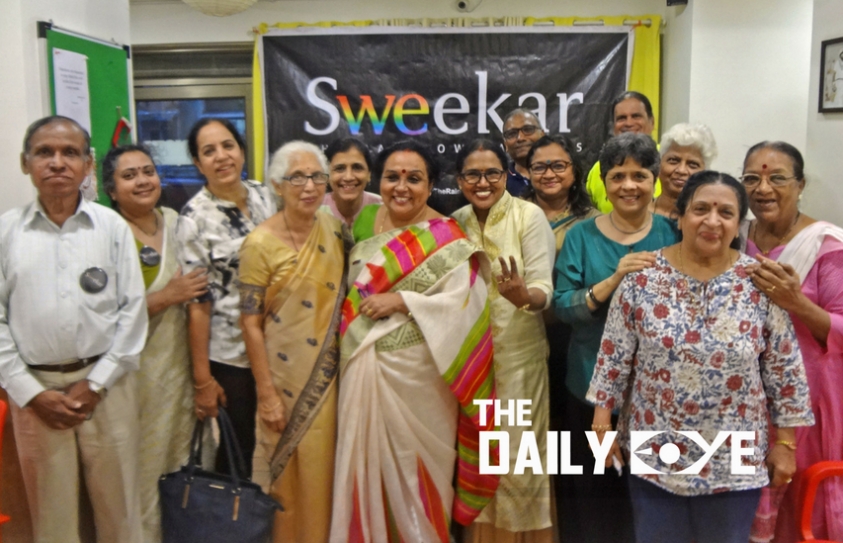 Fresh from the joy of the Supreme Court verdict on Sec 377 decriminalizing homosexuality in India, the parents support group 'Sweekar – The Rainbow Parents' met on Sunday to celebrate and plan the road ahead.

Around 15 fathers and mothers of LGBTQ children came together for a quarterly meeting, but this time the mood was very upbeat. Many of the parents had hoped for this day when Sec 377 is no more and were overjoyed by the verdict which they said gave a new lease of life to their children to live freely. They also felt their children need not migrate abroad to feel secure.

“I am a mother who has stood by my son always. I have accepted him, but the fact that the law of the country considered him a criminal always upset me greatly. I am a fighter and have always confronted every challenge head-on. But when the verdict was out, I cried for the first time. I cried with joy”, said Aruna Desai, one of the core team members of Sweekar.

"This judgement will help a lot of youth to come out and live with dignity. Perhaps it will also help my son to find a partner and settle down", said Padma Iyer who had placed a matrimonial ad for her son Harish Iyer in a leading newspaper few years back. 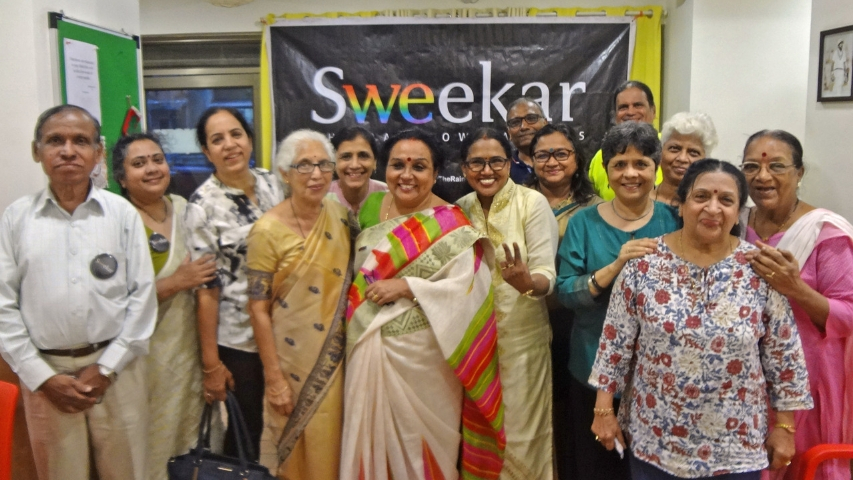 Many of the parents in the group like Chitra Palekar, Padma Iyer, Pradeep Divgikar, Aruna Desai, Arundhati Sanyal and Nilakshi Roy had participated in several interviews on the day of judgement, including several television news shows.

“This was unthinkable a few years ago. There were very few parents who were out”, said Sridhar Rangayan who has facilitated founding of the Sweekar group, “The parents derive courage from each other and feel empowered. That is the very reason Sweekar was formed and we hope more parents join the group to find comfort and solace”.

At the Sunday meeting after the decriminalization, there were 6 new parents who came to join Sweekar. Each one of them shared their story of how they came to know of their son/daughter’s sexual orientation and the difficulty they had in accepting them initially. They now stand with their child and are proud of them. They said they are very happy about the decision which gave them further courage to now come and be part of the group.

“It is now important to take the strength of this huge victory ahead with activities that reach out to more parents. We have to talk in Educational and other Institutions to create awareness and support for LGBTQIA community”, said Chitra Palekar who has been one of very vocal voice of the parents support group for a long time, “It is time for action. We need to counter stigma and discrimination at social level”, she said.

The Sweekar group was formed with the support of a donation from Solaris Pictures who contributed 10% of money they raised through crowdfunding for their film Evening Shadows, directed by Sridhar Rangayan. The film about a son coming out to his mother in a small town has already traveled to more than 30 international film festivals and won several top awards. The film has received a UA certificate which the makers say help wider distribution to reach out to families across India through theatrical and television release.

The Sweekar group has now about 40 parents across India from Mumbai, Ahmedabad, Hyderabad, Bangalore and even couple of Indian parents based in USA. They have a WhatsApp group on which they regularly share their personal victories as well as news about LGBTQ issues. They also have a public Facebook page –  https://www.facebook.com/SweekarTheRainbowParents

Members of the Sweekar group have been participating in several LGBTQ events like Acceptance Meets, Parents Meet, panel discussions at KASHISH Mumbai International Queer Film Festival, a conclave at IIM Ahmedabad and even an international conference for parents in Vietnam organized by ILGA Asia. They have walked in Pride Marches in Mumbai, Pune, Ahmedabad and even Vietnam Pride, proudly holding the Sweekar banner.