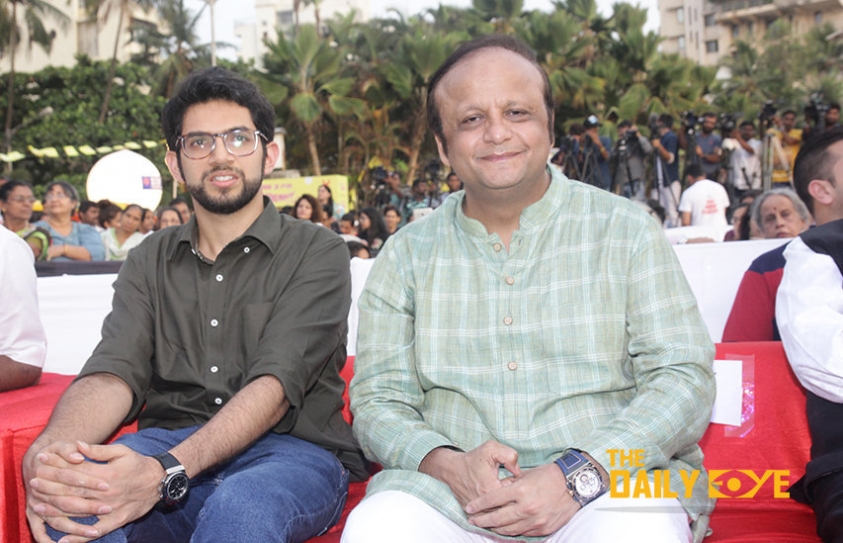 This World Environment Day, Sparkles Diamond Jewellery, a brand by Poddar Diamonds Limited joined hands with Asif Bhamla of the Bhamla Foundation to convey the message that ‘we should refuse plastic and save Mother Earth’! There was a tree plantation drive undertaken to plant 500 saplings across the city of Mumbai on 5th June 2018. 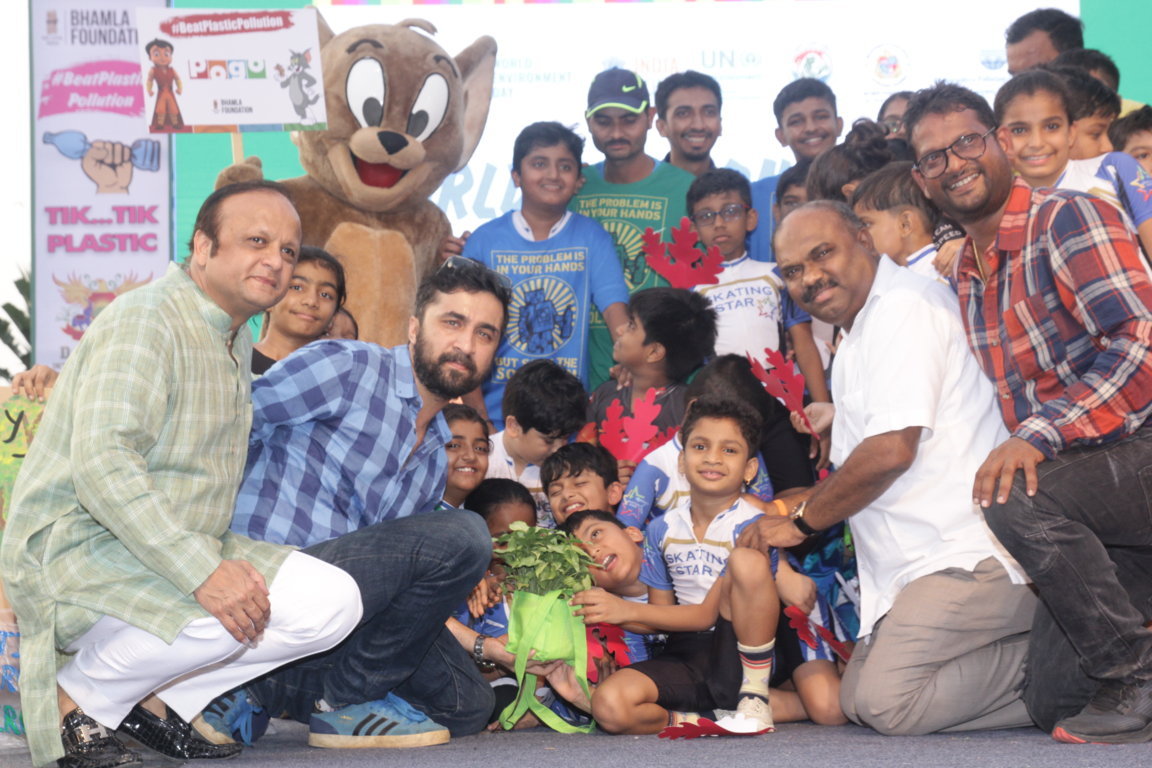 The campaign aims at raising awareness on waste management, conservation of trees and increasing plantation, thereby helping make Mumbai greener. This year there was an increased focus to reduce the usage of plastic. It was a power packed show with Aditya Thackrey, Singer Shaan, Arman Malik, Tanisha Mukerjee, Sanjay Nirupam, Philanthropist Aneel Murarka, Aditi Govariker and Siddhant Kapoor. Established in 1972 by the United Nations, World Environment Day is one of the principal vehicles through which the UN stimulates worldwide awareness for the environment and also encourages positive action.

Speaking on the occasion Moneka Poddar, Director, Poddar Diamonds Limited said, “Plastics have been around us for decades and the convenience it provides cannot be matched. It helps in cutting down wastage of food, medicine technology, packaging practices etc. But we have been unable to contain the plastic waste from entering the ocean where it harms the existing ecosystems of the flora and fauna, contaminating it and eventually entering our food chain. As a company, we at Poddar Diamonds Limited have replaced plastics all over with eco-friendly and biodegradable materials. Events like these reinforce our commitment towards sustainability”. 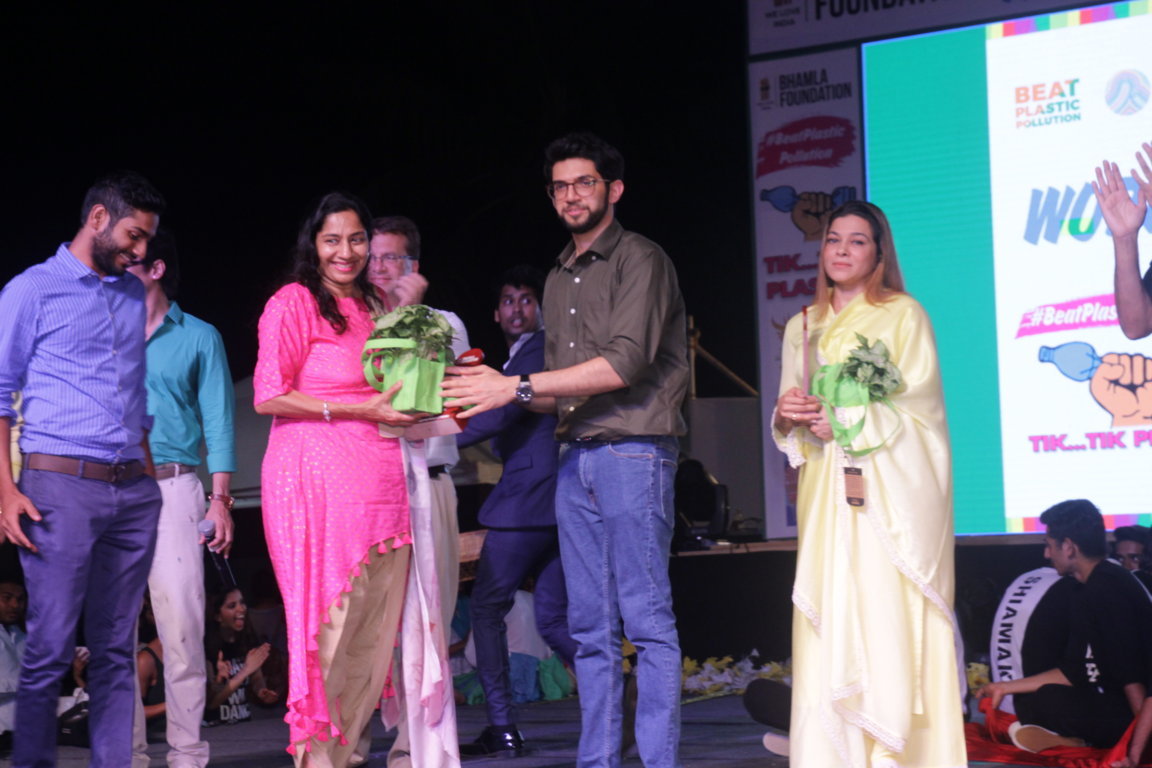 According to the United Nations Organization (UNO), approximately 12 million tonnes of plastic garbage enters the waters every year. The plastic waste epidemic is evident all over the globe; animals have reportedly died after ingesting it, and it has caused damage to the soil because of microscopic plastic particles that have contaminated the very soil that is used to grow our foods. 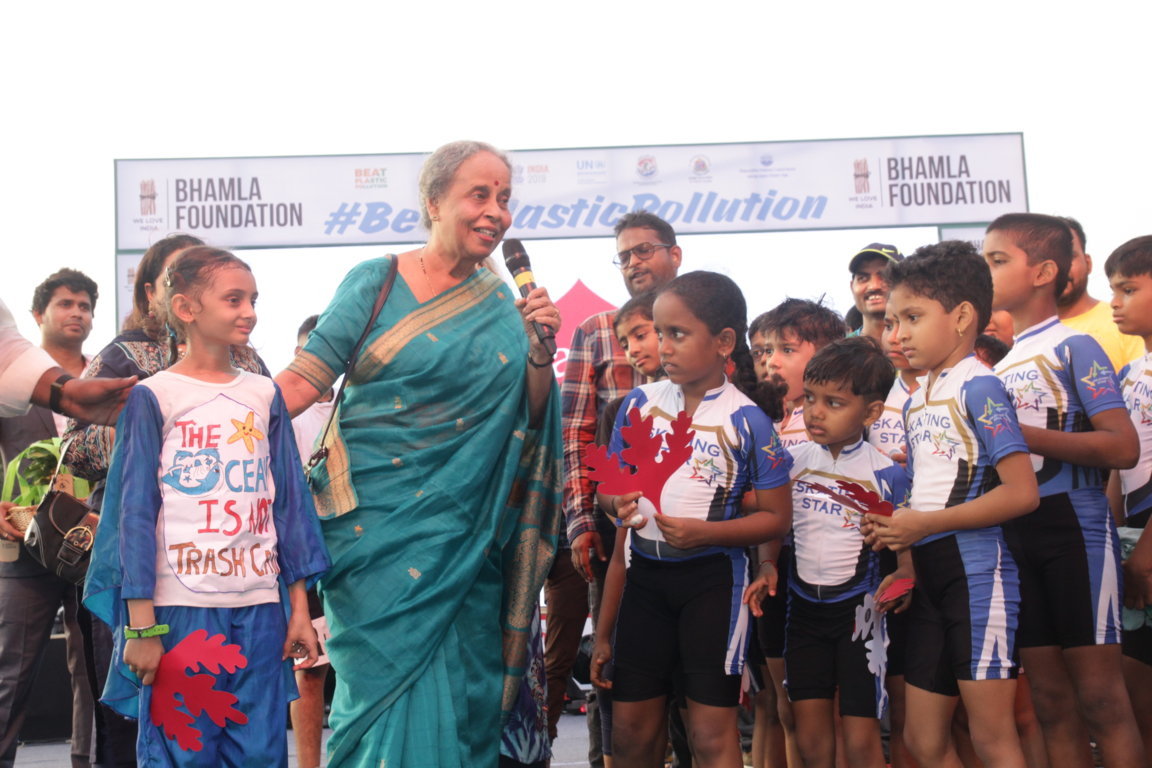 Bhamla Foundation, through its environmental initiatives, is working towards curbing the plastic menace, keeping in line with the UNO initiative of ‘Beat Plastic Pollution’. The programme was launched at the hands of former Hon President of India Dr. Pranab Mukherjee. “It is time for this nuisance to stop. The new initiative is aimed at reducing plastic usage and subsequently reducing pollution. As a part of the programme, the foundation will hand out bags made out of biodegradable fabrics such as cotton or jute to shopkeepers in and around the city. The foundation will encourage more people to look for alternatives to plastic, such as wood and paper. Small changes like using bamboo straws will help”, said Asif Bhamla, president of the Bhamla Foundation. 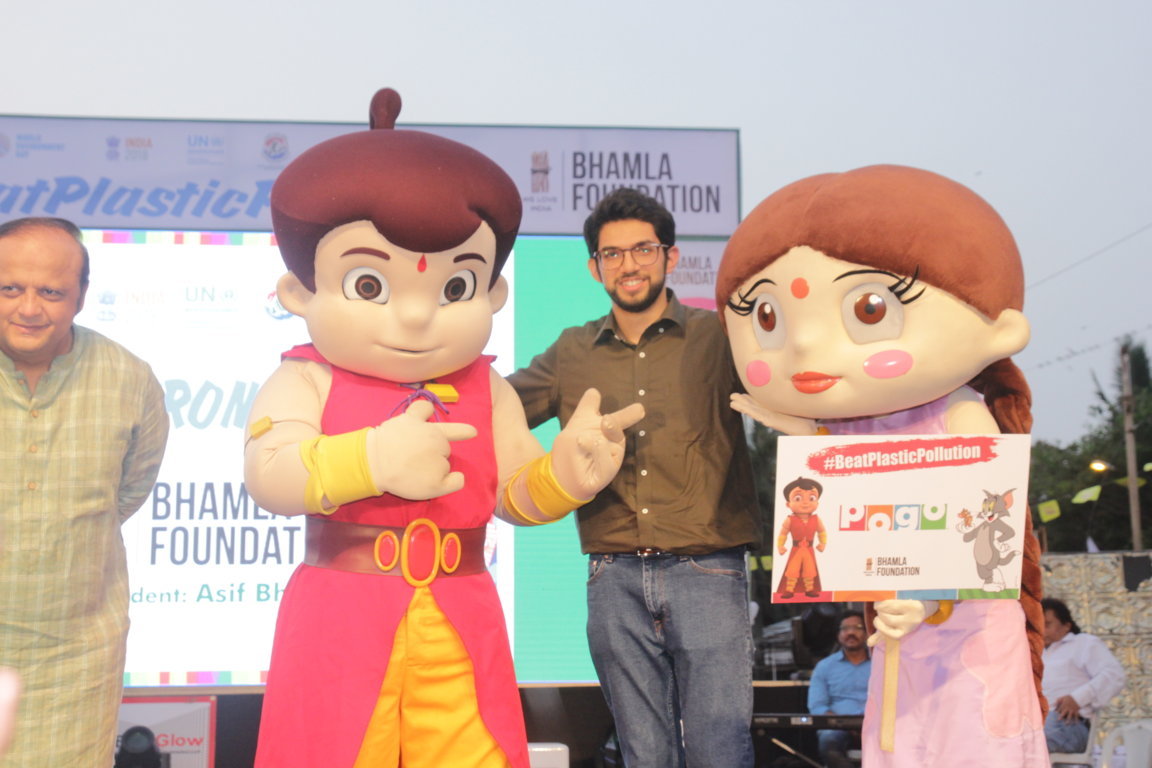 More than 12,000 people who attended the event pledged to discard single-use plastic. Several other volunteers created messages with the aim to beat plastic and save Mother Earth. The key highlights of the event included stalls on environmental awareness and preservation, keynote sessions by noted environmentalists and a tree sapling distribution drive.

The local Residents Association Groups were also felicitated at the event for their role in preserving the environment.