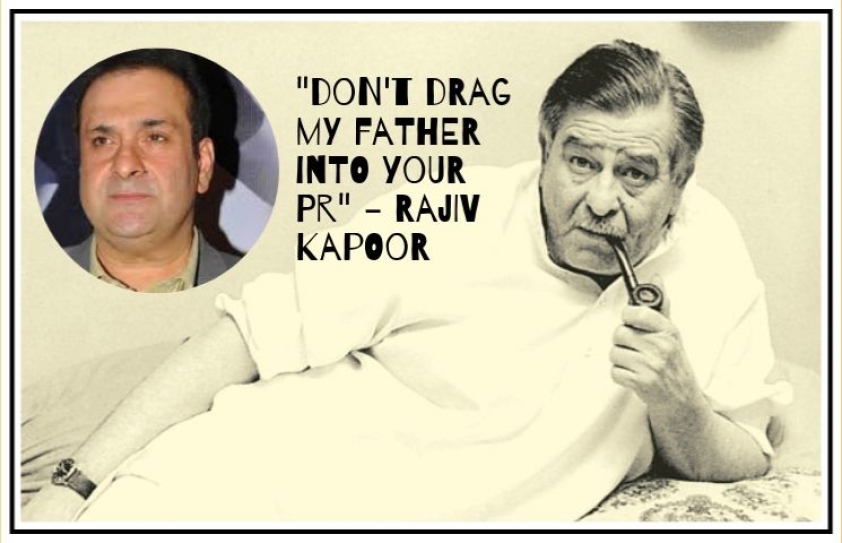 The legend of Raj Kapoor in times of hyper PR

“Awara is a classic. The times in which it was made were very different. Gone With the Wind was the flavor of the season then. The idea of ‘love’ post World Wars 1 and 2 and during the times when the industrial revolution was gaining ground was very different. At that time women were struggling to gather agency and gender equations were recalibrating themselves. Does Kangana want to drag India back to the 1950”s?” – says Rajiv Kapoor.

While browsing past my timeline on Facebook, I chanced upon an article about a tweet in which Rangoli Chandel, Kangana Ranaut's spokesperson and PR Manager had said that, if Raj Kapoor could slap Nargis in his film Awara, then why should the film Kabir Singh, which shamelessly perpetuates violence in a relationship between a young boy and girl by calling it 'pure love', be criticized today?

So I picked up the phone and called my friend Rajiv Kapoor, who is also known as Chimpu and asked him if he had seen what I was reading? I asked him what he thought about Rangoli Chandel’s tweet and he said to me, “Who is Rangoli Chandel?”

He said he hadn’t read the piece but that he had received calls about it from some of his friends.  He also said he was upset with the sisters for having dragged his father into something like this. “Yes I know that Kangana is an actress but who is her sister? She maybe her spokesperson but she should stay focused on her client. She should not drag those people into her storytelling, whom she doesn’t know from Adams.”

Chimpu went on to say, “As a matter of fact a friend of mine called me earlier today and told me that, using Hrithik’s name when associated with Kangana’s, had stopped cutting ice with people because it’s a story now done to death - you see social media is a hungry monster, which has made people more impatient than they used to be earlier, so they want something new fed to it everyday – so Kangana has to keep talking about something new lest people forget that she exists. Now that she’s started to run out of her peers whom she can target, she’s started using the Kapoor name to give herself visibility. My friend told me that, it’s not right for her to drag Raj Kapoor into her PR strategy. Awara is a classic. The times in which it was made were very different. Gone With the Wind was the flavor of the season then. The idea of ‘love’ post World Wars 1 and 2 and during the times when the industrial revolution was gaining ground was very different. At that time women were struggling to gather agency and gender equations were recalibrating themselves. Does Kangana want to drag India back to the 1950”s? Many of my friends have called me to tell me that, both these sisters seem to have lost it. I don’t know who they are but my advise to them would be that, they should get a handle on their lives. They’ve riled up a lot of people already. They can do as they please with people whom they know personally, but why drag the Kapoor’s into this when we have never even met Kangana?”

I prodded further because I wanted to know how he was feeling about his father, whom I know he is in awe of, being trivialized in this manner? 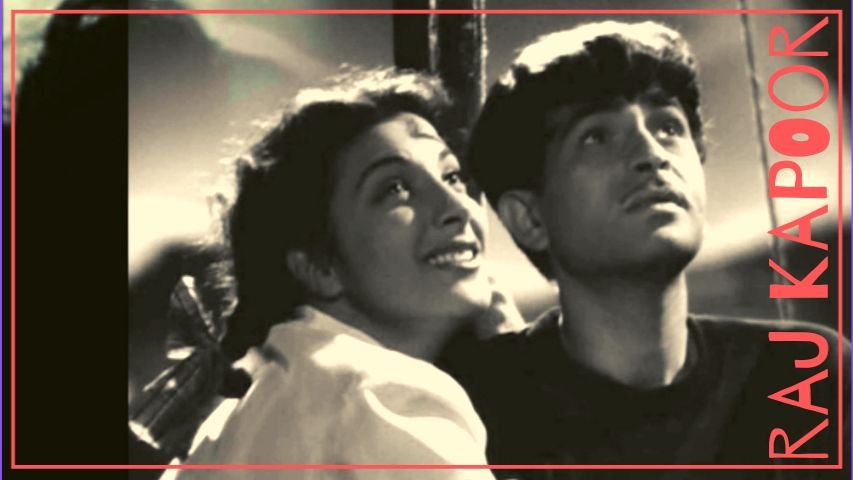 Chimpu said, “What Rangoli has spoken is very wrong. There is no comparison between Kabir Singh and Awara. Raj Kapoor spent his entire life building on a body of work, which put women at the forefront of all discourse on empowerment. Every film he made till he lived has placed the woman protagonist above the male protagonist, even in the films he made with his own sons, with Dabbu, with Chintu and with me. Chintu is his son and Raj Kapoor had so much confidence in his ability to tell stories that he launched him in a film called Bobby, a film in which the title name belonged to the heroine, Dimple Kapadia. Then followed Prem Rog to which Padmini Kolhapure was central. I acted in Ram Teri Ganga Maili a film in which the actor Mandakini, was at the epicenter of the narrative.”

Then as we continued to talk further, what Chimpu said to me was, “All this time I have been reading a lot of nonsense about Kangana being at logger heads with Karan Johar over nepotism, Panscholi over her relationship which was or wasn’t there and Hrithik etc., as entertainment, although I must say that, Hrithik is my baccha and I love him to bits. We laughed over all the publicity stunts because we know how the PR machinery in the industry works. If we don’t know how PR functions here in the film industry, then who will know? This is the age of social media so everything that used to make it to monthly magazines in the 1980’s and 1990’s is now multiplied a thousand times over in one day. I am personally not on social media because I find out everything anyway. I’ve heard the name of Rangoli for the first time in my life today because of my friends like you and all I know about Kangana is that, she is a good actor. I saw Queen and we admired her for her performance. But where is Nargisji and what is it here that is being compared to legends like Raj Saab and Nargisji? Have we gone so mad that we are now comparing apples with oranges and we have started to believe they are actually the same?”

Finally I asked Chimpu if he had any advise for Kangana and Rangoli and he said, “This is not a good sign for Kangana if she is looking for a future in the industry. People tell me that Kangana doesn’t get along with anybody in the industry. How do you exist in a place where you don’t have any friends? My family has been here for more than a hundred years now because of having delivered five generations of stars, all good actors who made it on their own steam. We still rule at the box office. It is because of all the amazing work they do and continue to do, because of the goodwill they have earned and the love and affection they have got from audiences as well as friends. How will Kangana make a future if she is yet in the summer of her career and already most people don’t want to have anything to do with her? I have only one message to give to Kangana and her sister - You have attacked the Roshan’s and they have continued to maintain a decent stance. They are family friends and we have all been respectful of the fact that Kangana is a talented woman. But I want to tell both the sisters not to attack the Kapoor’s. We have nothing to do with them. We will continue to respect you but you should also have respect for yourselves.”

Chimpu ended the conversation by saying, “Apni izzat apne haath mein hoti hai (your respect or lack of it is in your own hands), be safe, be happy. It’s not the time to be angry or be unnecessarily accusatory and abusive to anybody.”

I think I must have been one of the first women at the time when the Hrithik Roshan – Kangana Ranaut story broke out, to have stood in support of Kangana on my ever so vibrant Facebook page. The deluge that followed pulped Hritik, who was until then known to be one of the most decent and courteous people in the industry. The outrage fuelled the fire further and as the flames grew, Kangana had found herself perched at the epicenter of the nepotism debate, which punished everyone who was born with a silver spoon in their mouth, so much so that, even the very talented and deserving among them started to get brushed aside with disdain.

That’s when I had stopped and decided to go back to the drawing board of my thoughts about Kangana and when I had realized, that the surround sound was doing serious damage to a spirited community of storytellers and creative folk as a whole and that, we were now throwing the baby out with the bathwater.

By then Kangana’s overconfidence had also led her to start revealing the cracks vis-a-vis the issues, which she was leading. Her antics and her grandiloquent histrionics across every show and stage, which she embellished with her presence weren’t holding any longer. She was beginning to sound like she had an agenda. It was obvious that her carefully crafted narrative had started to expose her pretentions and also the fact that she was only settling scores with all those of her contemporaries, whom she had an axe to grind with. So when I read this piece and since I’m not just a die-hard fan of Raj Kapoor but also a person who has pored over his works to learn about screenplay and dialogue writing and direction, I was livid to say the least. You don’t just pick on a legend like Raj Kapoor, a man who an entire industry revers and use him to mark a ‘done’ on your ‘to-do’ list.