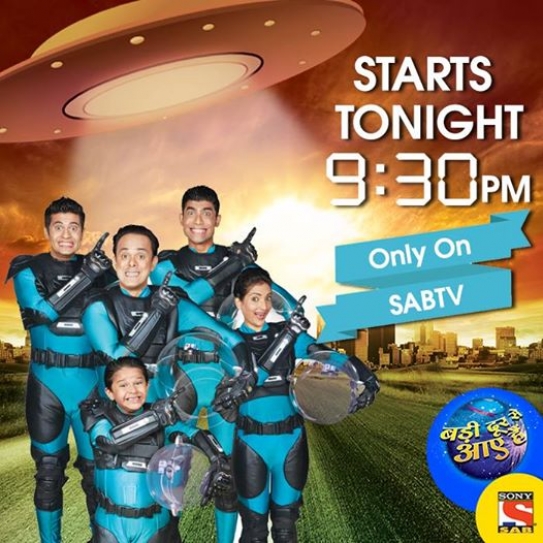 June-July are traditionally a time to bring in new shows and start new seasons on Indian television; e.g. Jhalak Dikhla Jaa Season 7 and Entertainment Ke Liye Kuch Bhi Karega Season 5. SAB TV?s 9.30 pm slot has a brand new show -- Badi Dooooor Se Aaye Hai, which replaces Jeanie Aur Juju. Sometimes when a show is weaned off air, some viewers experience withdrawal symptoms. No kidding. When a channel replaces shows they have a marketing reasoning, but for the viewer an old show is like an old shoe ? well worn, but comfortable, never mind the tears, etc. New shows aren?t exactly looked forward to.

In the case of SAB TV, I would hazard a guess that they slotted Badi Dooooor Se Aaye Hai at 9.30 pm as it was associated with an oddball comedy. Just as Jeanie aur Juju was an escapade of genies in all shapes, sizes and ages with mere mortals. Badi Dooooor Se Aaye Hai is Indian television?s very first alien comedy has the Ghotala family come to Earth from outer space in search of a lost kin. 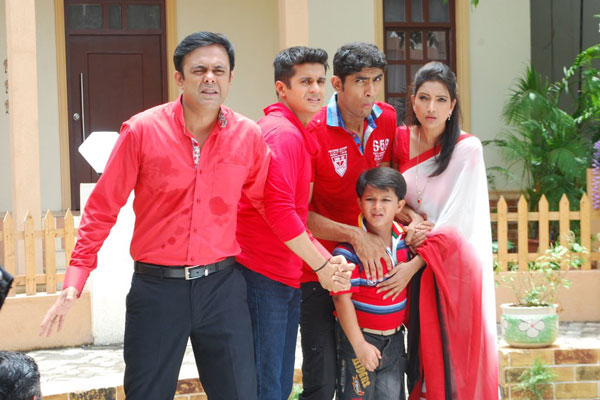 The use of special effects is a value-add on. The opening episode shows a spacecraft landing. A residential colony in the craft?s flight path experiences a power outage, etc. The residents of Sunshine Colony are a motley crowd, in the middle of the night they venture out in search of the enemy. Accustomed as we are to alien invasions on Earth courtesy Hollywood films, magically those aliens speak and move like earthlings. The Ghotala family has been programmed to take on human form and behavior, but there?s many a slip and the family comes across as a bunch of eccentrics and rouses the curiosity and suspicion of the residents of Sunshine Colony. As the Ghotala family fumble around the place, trying to keep in check and hide their superpowers from the earthlings. As also, their handbook of language must have omitted the metaphorical usage of the language, so when the doctor writes out a prescription for a cold remedy, he says: Yeh khaana. Vasant Ghotala tears it into five bits and hands them out to the family and they chew it!

Sunshine Colony itself has a few oddities among them. There?s Ronnie D?Souza who is word challenged, when he can?t remember a name he gives a clue to get the word. Bhavna, an authentic Gujarati housewife who simply cannot think beyond food, her husband and her sons. Even in a crisis she wants to pack nashta. Sunshine Colony is so typical of housing colonies in India. New neighbours are scrutinized like they were from outer space. Uninvited guests are not uncommon, and the residents demand that the new neighbours invite them for dinner. Further judgments will be reserved till then. By the way, which group is more quirky the Ghotala family or the colony residents? 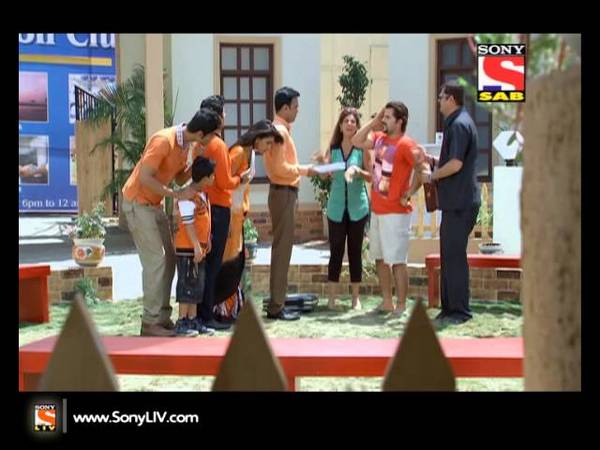 The onus of the show?s acceptance and success will be shared equally by the well picked cast, helmed by Sumeet Raghavan with Varsha Bhosle, Tanaz and Bakhtiyar Irani, and other dependable faces from Hats Off?s previous outings. Once more the Hats Off team of writer-director Aatish Kapadia and producer JD Majethia have brought in a fresh element to the sitcom. Going by their earlier track record, of finite shows, by the time the Ghotala family accomplish their mission, Badi Dooooor Se Aaye Hai too will have invaded and settled into homes.