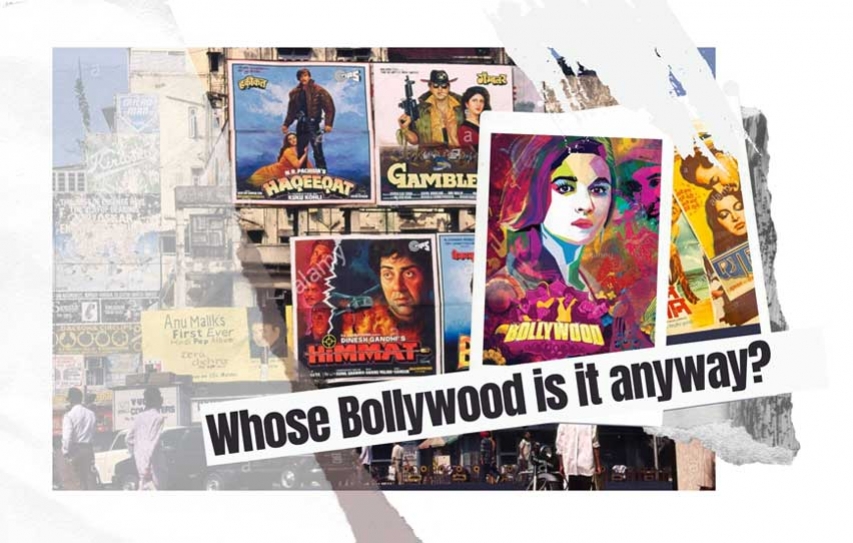 I condemn her for the route she has taken to settle scores with her competitors. As a matter of fact, I have written extensively in her favor at the times when she was singled out by a section of Bollywood and ridiculed and when at the London School of Economics (LSC), Karan Johar accused her of using the victim card and also asked her to leave the industry.

However, the more recent indelicate viva voce of actor Naseeruddin Shah, whom I admire most, and who called Ms Ranaut a half educated starlet in a widely viewed television interview that ran on the India Today channel repeatedly; is worrying.

That a well respected Naseeruddin Shah has been brought to saying this makes it obvious that illiberal and bigoted cacophony of Indian television news has pushed an otherwise polite and suave man to fall to its trap and resort to retaliatory intolerance. It is by no means, a good sign.

Instead of throwing light on the Sushant Singh Rajput tragedy, the discourse has become incoherent. The business of entertainment, which is the outcome of a collaborative dance that many different arts participate in everyday, does not deserve this.

Therefore I’m putting myself, as representative to many creative people numbed by these exaggerated reactions, in context to this abstruseness, and I’m going to try making sense of the terrible situation that has befallen us.

My story is not different to the thousands and millions of artistes in the business of entertainment who you never see and who comprise the majority in Bollywood, which is being bashed.

I came to Mumbai in the mid 1980s to become a journalist. I passed the Times of India Journalist’s Trainee Program’s written test but failed the interview. I was lost until I met with my aunt’s friend, the renowned artist Prafulla Dahanukar and she suggested to me that I should work in a creative field instead of waiting. She introduced me to her friend, producer of the very popular television shows of the 1980s, Hum Log and Idhar Udhar.

Shobha Doctor gave me a job. I became a production assistant in her company. I was appointed to a project called Titliyaan, which was directed by the famous theatre personality Nadira Babbar. I followed Baaji around and became her assistant for everything - her plays as well as for the television job that was at hand.

About a year later, Titliyaan was completed. By then, I was familiar with theatre and the doors to a grand network of actors, writers, singers, lyricists, directors, production designers, cinematographers and sound and light engineers were open to me. The people I was working with came from all over the country - some from film and drama schools and others like me, that were going through the process of learning on the job.

Another couple of years later, I had assisted several directors – Shekhar Kapur, Raman Kumar, Ramesh Talwar, Manjul Sinha, Mainak Trivedi to name a few. I would be hanging around at the film labs, editing suites, on set, at the theatre - wherever I was required - and I was learning as the wheels kept turning. And some years later, I knew I was ready to write and direct films independently.

Despite the fact that there was urgency in me to lead creation, it never occurred to me that I should go to my bosses or for that matter, any of the big guns in the industry, to get a leg up. There were the insiders - big stars and huge producers and directors of the time - and that was a world, which in my understanding of things, co-existed with a burgeoning business that was enveloping talent from wherever it emerged. And one fine day years later, this universe also opened its arms to an outsider like me and embraced me.

The whole gamut that inhabits this industry is very clearly divided economically and into three parts - the film industry, the advertising industry and the television industry.

Then there are further divisions - the mega budget film, advertising and television industries and the low budget ones. There are several other streams – documentaries, short-films and children’s films as well. Moreover today, there are thousands of digital channels and streaming platforms, which are again defined by their economics and outreach. 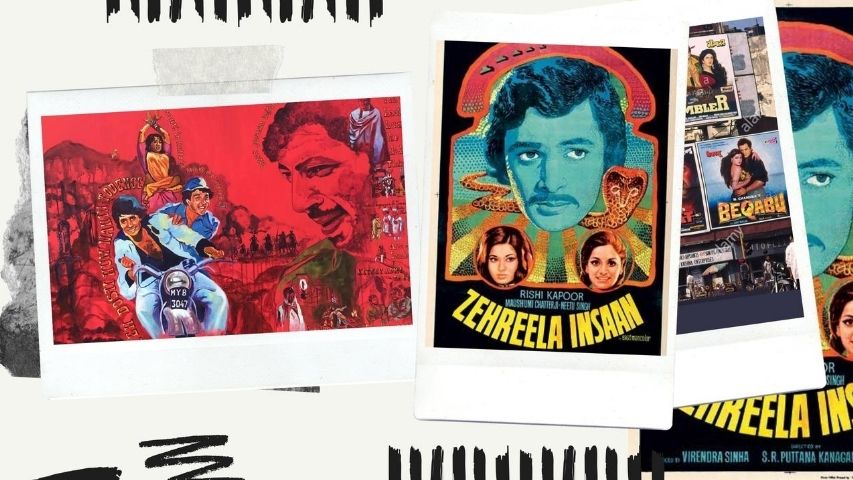 I was in fact aware that I would need at first to prove my worth for anybody to have faith in me. I knew that there was nobody, who would give me a full-length commercial film or for that matter, a television series to write and direct until I was in a position to assure him or her returns on investment. Was I talented? Of course I was. Did it ever occur to me that there is something the powerful and successful end of the industry owed to me? Definitely not!

I got the opportunity to direct a documentary film for the Life Insurance Corporation of India (LIC), at a budget, which was as good as none. I took my friends in confidence - actors, cinematographer, sound engineer, music director, writer and all whom I had worked with in theatre, television and film and they offered their services as goodwill gestures towards a fellow struggling aspirant and in reciprocation to the few things that I had done for them. Most of us still stand by each other in good faith; also by young unstoppable emerging and compelling talent.

Basis the first film I had produced and directed, I landed a deal to make twelve short films for UNICEF. Tracinema, the company I had established was soon in business. Television as a medium grew, Satellite Television happened and Zee Network, an upcoming channel then, commissioned Tara the series to us; to produce. Within the next four years, I was the producer, writer and oftentimes director of four long running television serials as well as many documentaries, short films and music videos.

At the time when my office was teeming with artists looking out to be hired, I would help them but in the meantime, my advice to them would be, that while they were waiting for miracles to happen, they should join the theatre. I would recommend them to my friends and colleagues for them to gain access.

Some of them took my advice seriously and many are well-known artists in the fields that they belong to. Some walked away disappointed and were angry – they didn’t want to hear what was obvious because they had stars in their eyes and they were addicted to the twinkling in their hopeful minds.

Sheer talent is genius and it cannot be taught is a fact. However, it is also a fact that sheer talent is raw; therefore it doesn’t comprehend the discipline, which every art in practice requires and thus, can be dangerous when left on its own to find its way in a labyrinth of uncertainty.

Yes, the business of entertainment is unpredictable and arduous; more difficult than it is perhaps to conquer Mount Everest. Artists need to be immersed in their art to such an extent that during difficult times their evolution sustains them, thereby releasing them from obsessions that can consume and frustrate them. I don’t need to say here, that training makes aspirants build the right attitudes and behaviors towards their work, which helps mitigate adversity when they are faced by it.

Art is a quiet medium. Its details emerge from silence. Noise around artists, obstructs their brilliance. Simply put, art is a complicated calling. It requires the aptitude to dwell on inventiveness and virtuosity. To be an actor, a writer, a poet, singer, dancer, a director, a sound and lights engineer or a cinematographer – even to be a producer – requires performers to delve deeply into many aspects of their shtick. It is unfortunate that neither the corporate universe that cradles the business nor governments, which regulate the industry, understand art or artists.

To make what is otherwise perceived as insane comprehendible; the practitioner of art needs to translate his craft for it to be understood. Art has its own vocabulary, diction, accents and pronunciations, which cannot be hypothesized. Artistes across the world struggle so that their audiences are able to interpret their art in unimaginable ways and can grant their creations longevity - the power of purpose.

Much of filmmaking and storytelling is based on overarching science and technology – but to be called creative, an artist must go beyond knowledge and theory and experiment with the craft, which is more often than not, risky. Who is it that can take risks? The answer to that question is clearly someone who is confident. Who is confident? People who know their craft well? 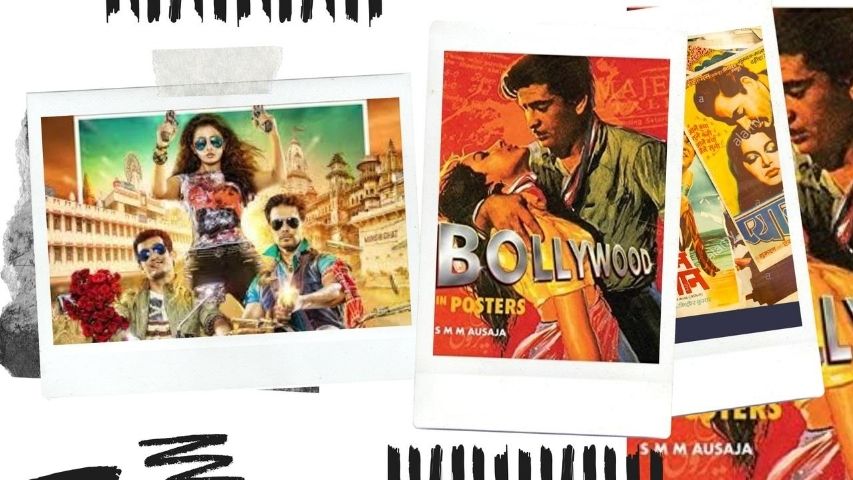 It is the collaborative art of cinema, which has compelled technologists over years to build exciting tools for artists to capture images and to explore extraordinary possibilities. Cinema, as an art form, is relatively new. It is a contemporary form of expression. I tell most of those who come requesting me to introduce them to my friends who’re big in the business, that if they want to take a short cut to success without aligning themselves to the learning game, they are treading dangerous terrain.

There is no end to art on our planet; it has existed before us and it grows with us. Art will grow beyond us even after we are dead and gone. And, when I tell driven creative aspirations, that the only way to retain their sanity in this abstract universe is to surrender to it, many of them sulk. Those who’re aligned to learning don’t look for validation; they just do what they have to every single day, whether they are working on a big budget movie or a tiny little obscure idea that a newcomer has bounced off them.

You may say today, that the film industry is corrupt and that there is some mafia that operates it. But trust me, my experience here is different. People, who have made it big and have survived, are hard working doers. They’re like carpenters who pick up a piece of wood every day and go at it to earn a living. That something spectacular emerges from it, is the outcome of a process and as much a surprise to them as it is to their audience. Sometimes, when the piece of wood is wasted and thrown away, they just go back to the drawing board and try once more.

Nobody knows the industry of entertainment like the artists who inhabit it and for them to see their industry take a beating day after day on television and social media by people that have no clue what it is about, is heartbreaking.

While it is their livelihoods that the artists are witnessing being torn to shreds, it is just another hour of entertainment for the audiences and a spike in ratings for the news networks.

There must be justice for Sushant. And his family must get the closure that they deserve. But who is going to pay for this damage being done since the last sixty-five days? This mindless vilification by the media has to stop now. Some sense must prevail upon reporting.