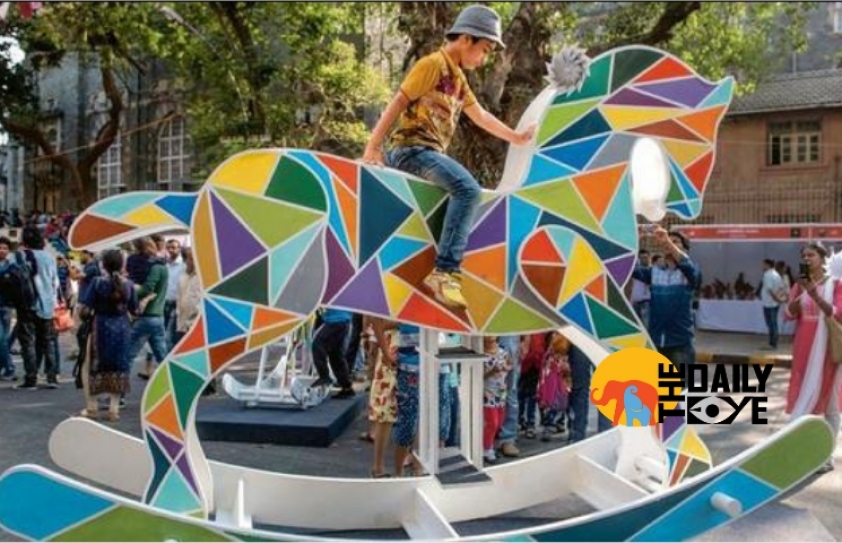 The Kala Ghoda Association was formed on 30th October 1998 with the object of maintaining and preserving the heritage and art district of South Mumbai. It is the country’s largest multicultural festival, taking place in February each year. The Festival draws visitors in large numbers, not just from the city but from all over the country, and the world.

“20 years ago Kala Ghoda Association was formed with the idea of giving back to the city and the festival was an organic extension of this idea,” says Nicole Mody, festival co-ordinator, KGAF 2019, who is presenting the 20th edition of Mumbai’s most loved festival. “By bringing art, culture and heritage to the people, KGAF has revolutionised the way people engage with art - taking outside of the confines of a gallery and bringing to the street.” Marking it 20 years this year, it also commemorated the 150th birth anniversary of Mahatma Gandhi. “Having personally curated the food section for the past 10 years, there are some fantastic workshops to look forward to this year too, including a workshop with Tiffany Derry, winner of Top Chef USA,” adds Mody. The festival started on 2nd February, 2019 (Saturday) and will end on 10th February, 2019 (Sunday). Here are the highlights of the festival. 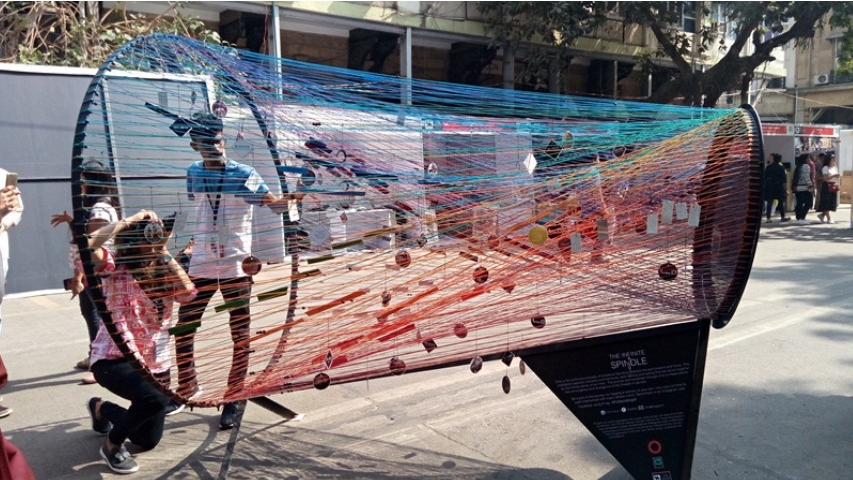 The Kala Ghoda Association released a book curated by The People Place Project - a cultural narrative on the origin and the 20-year-long history of the festival, featuring experiences shared by people and those associated with the festival for over two decades. Actor Suchitra Krishnamoorthi also gave a solo performance at the end of the day. Titled ‘Drama Queen’, this was an irresistibly honest look at the modern Indian woman held at Horniman Circle Gardens.

Preethi Vyas, a professional with over 15 years’ experience in books in retail industry, presented her new book The Adventures of Woka Chimni – story of a feisty house sparrow from Mumbai, as she flies to places of amazing natural beauty across India. She dedicated the book to all the children present there to brighten up their Sunday. The very same day embraced the presence of Niladri Kumar, Indian Music Composer who gave his touch from traditional and classical styles on the sitar, to innovative, electrifying renditions on his own musical innovation, the zitar.

CSMVS lawns showed Aditi Krishnakumar’s Magicians of Madh which included one to delve into a magical land, discuss stories, take a quiz and design magical creatures. At the end of the day ‘Sounds of Vrindaban’ by pandit Hariprasad Chaurasia and students performed classical ragas.

Cultural theorist and curator Ranjit Hoskote presented and discussed on his recently curated exhibition, which explores the interrelationship between divine and human realms. The so-called ‘The Sacred Everyday’ took place at the Max Mueller Bhavan.

A unique stand-up comedy show with artists like Anu Menon, Sonali Thakkar, Fatima Ayesha and Vrinda Bhagchandani, Femapalooza was held at the Irish House. DSL Garden was crowded with the Feed our Indulgences book launch having Pooja Dhingra and Komala Sista Rao in attendance, accompanied by Arati Rao-Shetty and Suneeta Rao. 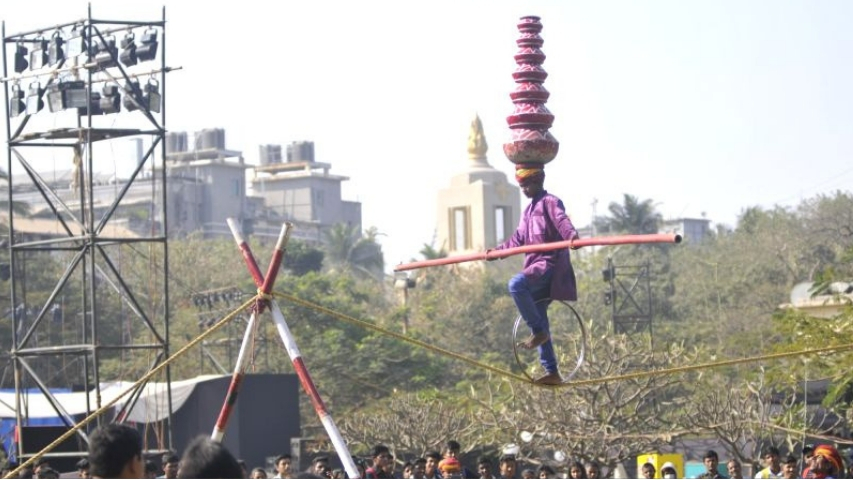 Today, the Horniman Circle Gardens stages a hilarious women-centric comedy Chalona Aa Jao (Hindustani) by Ekjute Theatre Group, which showcases a small village girl raising her voice against dowry demands. This evening is packed with a fun yet good message between 7.30pm – 9.00pm. Simultaneously, the DSL Gardens will witness bloggers like Roxanne Bamboat, Protima Tiwary, Shivya Nath and Aanam Chashmawala, who will be in conversation with Yamini Shah on how to keep up-to-date on food, fitness, travel and fashion.

Max Mueller Bhavan will screen a film on the restoration of the Knesset Eliyahoo Synagogue. It will make people understand Kala Ghoda was not only key to shaping an awareness in the direction of conserving the city, but also restoring and arguing many other aspects of civic issues and metropolitan life. It takes places between 5.00pm – 7.00pm. Boombay Djembe Folas, an exciting and energetic group of drummers is set to play traditional rhythms from West Africa, and will be performing at Cross Maiden between 7.00pm – 7.40pm.

Usha Venkataraman’s Puppet Stories, an interactive math and biology session for children involving stories of King Vikram, who solves an improbable task, and Jack, who is on a mission to grow a plant. It will be held at CSMVS Lawns between 4.00pm – 5.00pm. The British singer-songwriter and reggae DJ Apache Indian will stage with his unusual composition at Asiatic Steps between 7.55pm – 8.35pm. His retro music pays ode to the festival’s 20th year too.

The story of Gruffalo will be screened up at CSMVS Lawns between 5.00pm – 6.00pm. It is a guaranteed entertainer which makes one to listen and enjoy as his wooded buddies tell him twisted tales. To end the festival by the most popular voices, Singer Shaan will be performing some of his greatest hits at Asiatic Steps between 8.15pm – 9.45pm.

This multi-cultural art fest at Mumbai is something in favour of food lovers to bookworms. Taking place just once in a year, this fest is a must-visit, especially for the native Mumbaikars.