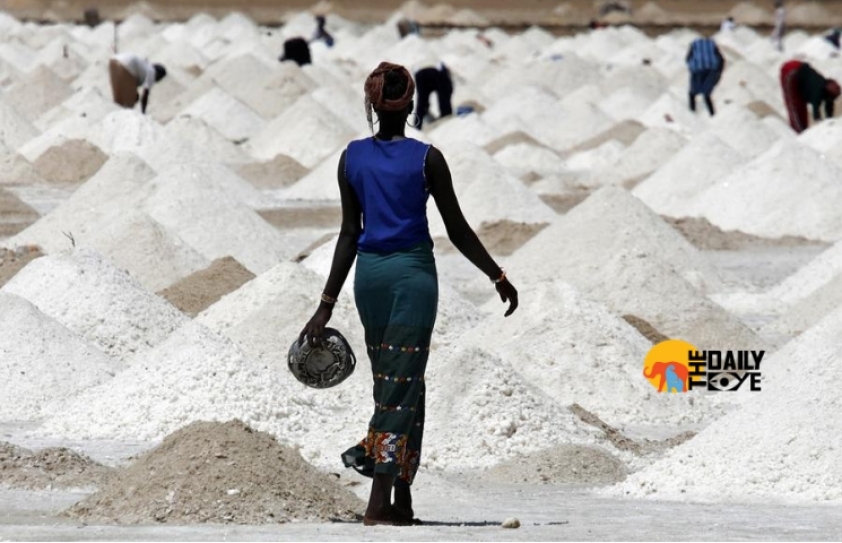 Being a role-model for other Senegalese Women

A 35 year-old woman, Marie Diouf referred to as the ‘Salt Queen’ works to transform the health of her nation Senegal. When the country privatized land in the area in 2000, Diouf became the first woman to invest. “When I saw other men who had their own land I thought, 'why not me?' ” Diouf said, gesturing across the expansive plains, dotted with ancient baobab trees. She resides in a village tucked away in fields of dry maize - named Ndiemou, which means "Salt" in the local Serer language.

Among many countries for women to have access to less property compared to men, it was indeed a valiant step by the West African country in favour of women. The CNN (as part of As Equals, an ongoing series) reports that during the high harvesting season, from February to April, the salt flats are scattered with hundreds of women toiling away in over 40 degrees Celsius (100 degree Fahrenheit), scooping the crystalline mineral into baskets later carried aloft on their heads. But they do not seem to be the ones to benefit financially from the production. 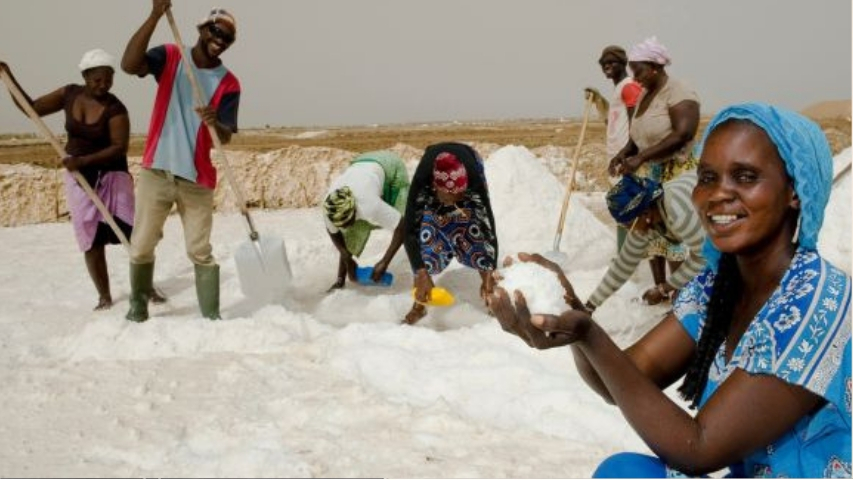 Marie Diouf, aka Queen of Salt, displays some of the pure salt  (the irish times)

“When I first started, men were telling me that I wasn't going to last in this business, but I would say to them that every job a man can do, a woman can too” Diouf said. Today, she recruits dozens of men and women including her husband, in her own micro-business, producing about four to five tons of salt daily in peak season by extracting water from a nearby river to evaporate on land. “At home my husband is the boss, but here, in the salt flats, it's me,” Diouf said laughing.

On the other hand, various parts in Senegal witnessed a number of health issues such as stunted growth and mental impairment, most probably to be known as Goiter (swollen thyroid glands in the neck) caused by Iodine deficiency. In the same year when Diouf came forward to lease her plot, a presidential decree was mandated that all salt harvested in Senegal to be iodized. It was indeed cheap of cost, just around $4.25.

Most Senegalese people get their salt from small scale artisanal harvesters, like Diouf, who make up about one-third of the country’s overall production. But many fail to iodize their salt effectively. According to a 2015 nationwide survey, only 37% of Senegalese households have access to adequately iodized salt and the situation is worse in rural areas. Looking two years back, 70% of all households globally had access in 2013.

Diouf took the support of Canadian-based non-governmental organization Nutrition International, presenting herself as a local businesswoman and evangelist, going door-to-door to raise awareness about the importance of iodine. As a result, her own village where she is known as “the queen of salt,” gave nationwide data that shows access to adequately iodized salt is lowest in harvesting areas.

Adama Nguirane, the regional representative for the government’s universal salt iodization project, says this disparity is down to a few factors, but chief among them is a lack of means. “It’s difficult to convince people to buy iodized salt when they can get it in their backyards for free. That’s why it is critical to get women like Diouf involved in the supply chain”, Nguirane says, “Because they're the ones cooking meals for their families and taking care of the children”.

“I believe in the development of my country and it's essential that we fix this problem for our children and our future,” Nguirane said. “Marie is the model, and we rely on her to show us the way.”

Pape Coumb Ndoffene Faye, the head-teacher at the village’s elementary school, says he has noticed a big difference in his students’ achievement as a result of Diouf’s work. “Since the project began, I know children have been getting iodized salt at home and in the canteen here, and mental capacity has improved,” Faye says.

Diouf is nonetheless an inspiration for the people involved in harvest. She has a 13year old daughter Fatou, with whom Diouf walks 2.5miles to drop her in the middle school. Diouf wants to see her become a powerful CEO, a diplomat, or even the first female president, one day.