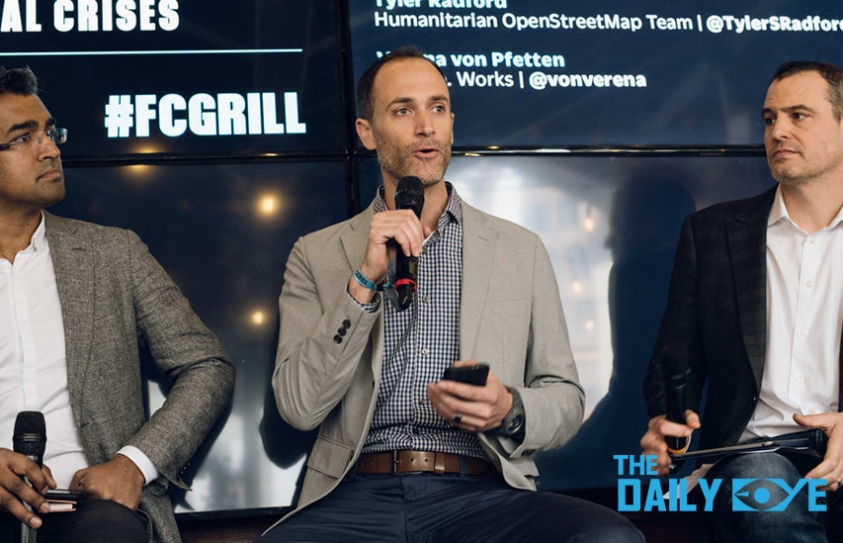 Driven by war and fragile states, over 65 million people worldwide are forcibly displaced. The majority of them come from Syria, where the brutal conflict of civil war, now 6 years running, continues to force people to flee. Refugee crises are not a new phenomenon, but Europe and the West have been slow to wake up to the urgency of the situation. But considering the 370,000 asylum seekers who arrived on European shores in 2016 alone, the crisis can no longer be ignored and countries are taking action to support those in need.

As the global refugee crisis persists, it’s become clear that old humanitarian aid models no longer hold up, forcing non-profits and NGOs to look to tech to expand and overhaul the way they operate. Recently, on a panel at the Fast Company Grill in Austin, Acker joined two other non-profit leaders—Tyler Radford, executive director of Humanitarian OpenStreetMap Team, and Ravi Gurumurthy, the chief innovation officer of the Airbel Center, the International Rescue Committee’s in-house innovation group to share the latest novel ways that their organizations are using tech to be effective. 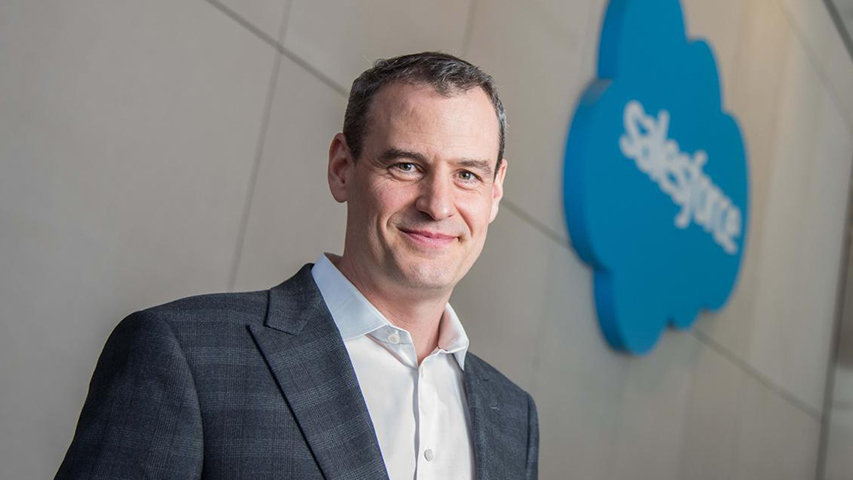 Tyler Radford describes how his organization, Humanitarian OpenStreetMap, is tackling the challenge of identifying populations and areas of greatest need. “So many people in need are simply not counted because they don’t appear on a map,” he says. Yumbe, Uganda, on the border of South Sudan, for instance, looks almost entirely empty on a map, but it’s where many refugees fleeing conflict in Sudan have settled.

The Humanitarian OpenStreetMap team is equipping individual volunteers to form “working groups” that use mobile technology to collect data and update maps. In many cases, the refugees themselves are helping; one study found that 86% of young Syrian refugees have access to one. OpenStreetMap links with mobile-connected refugees to feed data into maps that inform aid organizations how to better target their resources. 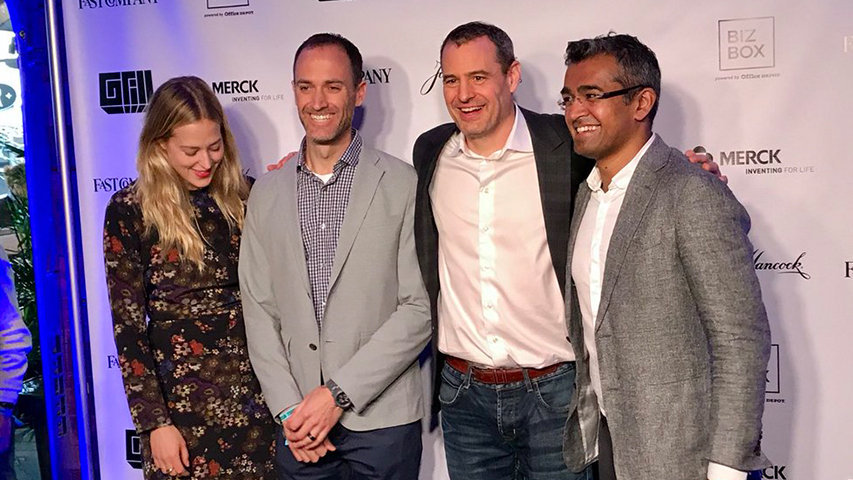 There are still other benefits of connectivity in humanitarian work, says Rob Acker, CEO of Salesforce.org, the non-profit arm of Salesforce. If each refugee had a smartphone upon which they could carry a blockchain-empowered universal transcript—a digital record containing data on an individual’s health, education, and skills—refugees could utilize this resource to help them access the employment and health resources they need when they arrive in a new place.

“If you give technology away for free it’s like asking somebody if they’d like a free 747 airplane and then showing up and putting all the parts on their front lawn. That’s not really doing them any favours because it’s going to cost them tens of millions to assemble it. And there’s no support, there’s nothing,” he told a packed house at the Grill. “We make it affordable and accessible – and by accessible we help you get the most out of it – by helping non-profits maintain and optimize.”

Instead, more companies should be looking at social enterprise models.  “This isn’t about give and take, it’s about give and give. For example, the more technology we give, the more we’re able to invest back into our communities, he said. And it doesn’t stop there, our engineers offer purpose-built solutions that enable non-profits to do even more for their communities.”