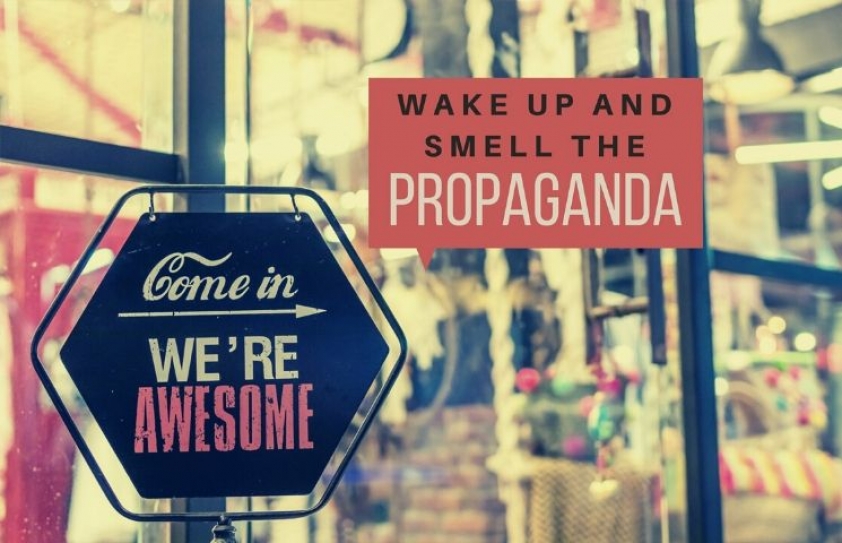 Wake up & smell the Propaganda

That's why fascists fail when it comes to governance. They can rise to power. They can rule for a few years. But they eventually fail and fall as soon as the invoice of reality comes to them.  The latest Jumla from our Indian rulers is the twenty-lakh crore rupees package, announced by Dr Modi.

Let me be clear - I have been screaming from rooftops for a very large fiscal package for many years.. I asked for 3 lakh crore rupees in 2019, 5 lakh crore rupees towards the end of 2019, 7.5 lakh crore rupees a few weeks ago and then in frustration I wrote to the PMO with an excel sheet detailing a 11.25 lakh crore rupees fiscal package. Hence, this 20-lakh crore rupees package would be the right sized one for next 12 months, that, if it were real, if it was honest, if the numbers added up and if it was implemented diligently. Unfortunately, it's all smoke and mirrors. The Prime Minister is shooting blank rounds (fake fiscal stimulus) at an advancing armored column (real pandemic), while his own party watches in silence and his followers cheer him on!

If you are faced with an armored column, as we are, firing small-bore weapons (even with real bullets) is a waste of time, ammo and money. It's not going to stop the armored column, which will keep rolling and eventually crush you.

In a war against a pandemic, the cardinal rule is this – GO-BIG-OR-GO-HOME! To stop an armored column you have to fire big guns of caliber suitable to stop it in its own tracks. Unfortunately, the government is gripped with the same kind of obsession with propaganda, fake news, mind games, misinformation and disinformation that plagued the Third Reich at the end of 1943. The Field Marshals already knew that the war was lost after Operation Barbarossa failed and the US entered the war on the side of the allies. Yet, the entire Nazi hierarchy kept pretending that they were winning. Why did they do that? Because propaganda is all they knew. They knew nothing else.

The same thing goes for this 20-lakh crore rupees package. By including 10 lakh crore rupees of monetary easing by the Reserve Bank of India (RBI) into this package, the Prime Minister has made a mockery of the rescue package to begin with. Any monetary policy initiative by the RBI has absolutely nothing to do with the government. In the measures announced today, the only one that has any substance is the 300,000 crore rupees lending scheme for Micro Small and Medium Entrepreneurships (MSMEs). But here are the questions, which need to be answered. 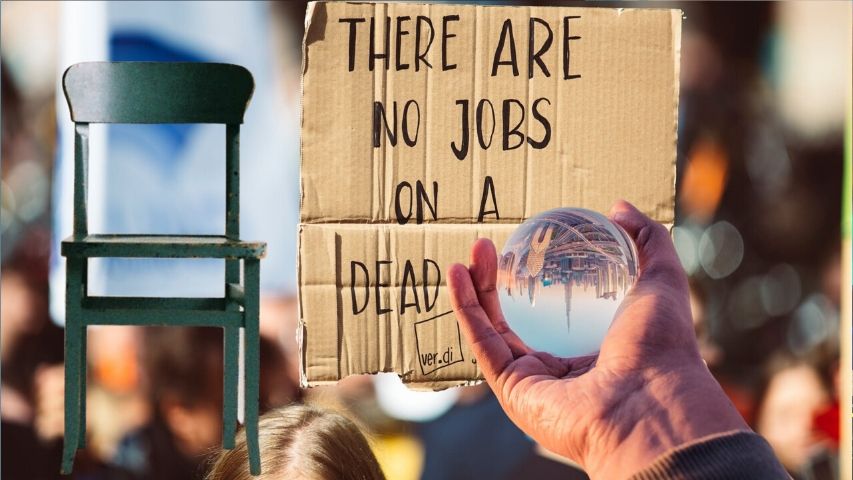 The key questions to ask are these:

I believe that the current economic scenario worldwide needs some theoretical explanation on macroeconomics. This isn't just limited to India, but applicable across the world. First lesson is about the various components of GDP so here I go:

In the current scenario C and I are falling precipitously off the cliff. That's pretty obvious as a dangerous pandemic sweeps the world and restricts the ability for businesses, citizens and governments to operate normally.

In order to keep the Y from collapsing completely, G, the only component that's autonomous (kind of) has to go up dramatically. G also has a multiplier effect - i.e. for every 1 unit of government funding, the national income can raise 2x to 3x. Hence, a 5% increase in government spending could increase the consumption by anywhere up to 10% to 15%.

Hence, an increase in Government spending is a no-brainer.

However, this increase in G has to be real, very real, not a phantom increase in banking sector lending, nor an increase in contingent liabilities (i.e. the 300,000 lakh crore rupees guarantee to banks).

The US passed 3 stimulus packages since March

Even Donald Trump didn't try to add the $6 trillion odd that the Federal Reserve has pumped into the economy as his own achievement or tout it as a part of his own rescue plan.

Meanwhile in India, Prime Minister Modi continues to play the game of parlor tricks - he takes a coin from you, makes it vanish mysteriously, and then proceeds to make it miraculously reappear from behind your ears and then hands it back to you. And then expects you to clap and give him a payment for performing such "magic"!

How do we know that the government hasn't actually delivered a single additional rupee in stimulus, when the power to add additional funding lies with the Parliament and Parliament alone? Which would require the Finance Ministry to present a supplemental budget, have it passed by the various committees of the Parliament and then be put to vote in the Parliament. This is what happened in the US. Or UK. Or Germany. Or Japan, but NOT in India because the Indian government is simply playing parlor tricks. It's busy rearranging deck chairs on board Indian version of Titanic hours after it struck the iceberg called COVID-19!

The 300,000 crore rupees of MSME credit doesn't require the Government of India to shell out a single rupee at the current moment. The move to send tax refunds is an administrative move, which is simply returning the money that never belonged to the government. Reduction in Employee Provident Fund (EPF) contribution has nothing to do with the government budget. EPF is an independent entity/ trust for which the government writes rules and whose corpus is largely deployed in government debt, but it's not a part of the exchequer. For sure, without the slightest of doubt, monetary policy action is very important. Without the additional credit and additional liquidity, there will be no tomorrow.

But Dr Modi either doesn't have the heart or doesn't know how to do the transplant or then else he simply doesn't care. He thinks that the patient will somehow miraculously recover with more and more blood transfusion and he is wrong. If the fiscal stimulus (the real one, not the parlor trick) isn't delivered very quickly and honestly very soon, the patient will not survive irrespective of how much monetary policy you unleash upon it because ‘if’ the G above doesn't expand in a genuine real honest sense very quickly, then the nation will pay a very heavy price shortly.